Hardcore hunters who hike miles into the backcountry to escape other hunters and find unpressured animals put a premium on shaving weight and saving space. If you’re the kind of backpack hunter who shaves ounces by hacking off your toothbrush handle or wearing the same pair of underwear for a week, Benchmade’s new Altitude knife is what you’re looking for.

The ultralight Altitude is about as simple as it gets but it retains the details and craftsmanship needed in a quality hunting knife. Think of it as a lean, mean, endurance athlete instead of a thick-necked linebacker. It reduces both weight and space by losing an attached handle. The lack of screws or rivets also helps in this department. With the blade and handle comprised of a single piece of metal, there’s no moving parts that will fail or break. As with all Benchmade knives, the blade is razor-sharp and holds its edge well. It may take a while to get used to how light the Altitude is and how the thin handle feels, but after using it, the MeatEater crew agreed that this knife is a keeper. 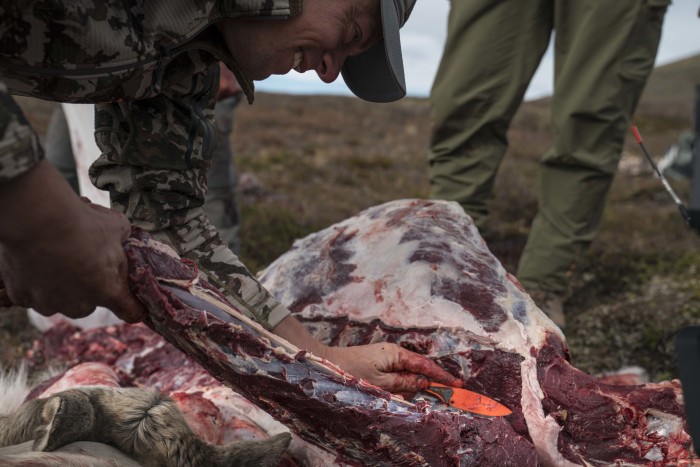 We put the Altitude to the test on a fly-in caribou hunt in the remote backcountry of Alaska and when the smoke cleared, the knife performed as well any of our heavier fixed and folding blade hunting knives. Caribou bulls are big animals with thick hides. The Altitude’s drop-point blade made short work of gutting, skinning, and cleanly slicing the backstraps and tenderloins free. While removing whole quarters, the thin handle and lighter weight of the knife weren’t a liability. The handle is designed with two raised gripping points that prevent slippage while you’re separating quarters and popping ball joints. 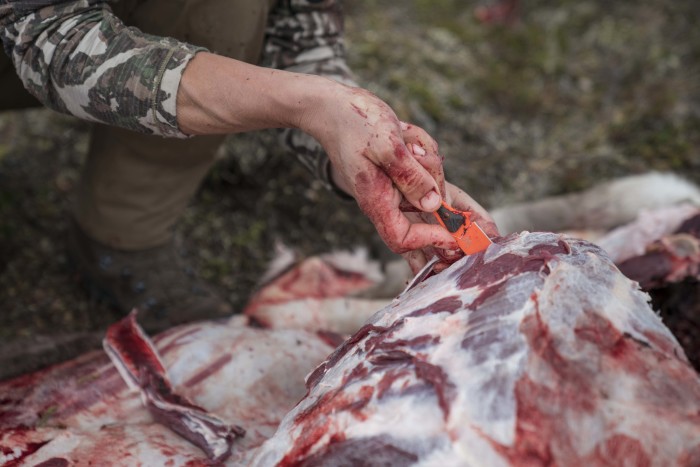 We also used the Altitude to skin the heads of the caribou bulls. Skinning heads is a combination of precise cuts and brute force. The knife worked well for the nimble work of skinning the head, especially around the eyes. There’s very little space between the antler bases and the skull on a caribou bulls, which don’t have a prominent bony pedicle like other antlered animals. We were able to slip the thin Altitude under the antlers in order to skin this tight spot and the blade was sturdy enough for prying the hide free where necessary. In total, we field butchered three caribou bulls and the Altitude’s S90V enhanced steel maintained a keen edge for the duration of the hunt. 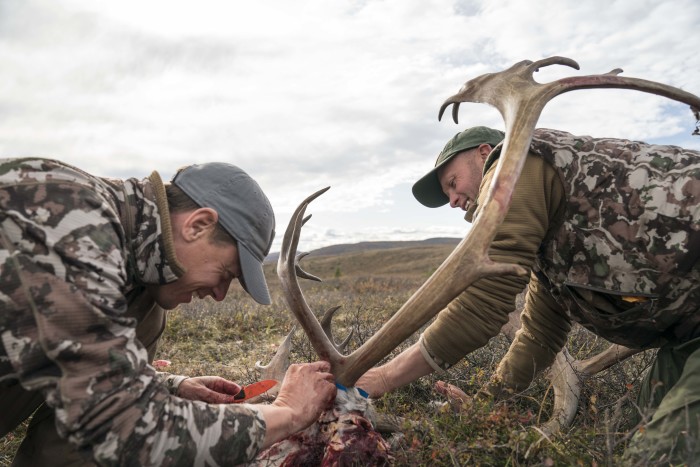 More recently, I broke out the Altitude during a late season cow elk hunt during frigid conditions. With temperatures well below zero and a long pack out ahead of me, I needed to break down the cow I shot quickly.  I was able to gut, skin, and quarter the elk before my hands went completely numb. It’s hard to argue against carrying a knife that’s both ultralight and super sharp, especially on hunting trips when you’ll be hiking a long ways in steep country. And when you might be hiking out with a heavier load than you went in with, it makes, even more, sense to minimize weight.

Keep in mind the Altitude isn’t just for hunters obsessed with counting ounces. I stash one in my pack at all times, even on small game hunts close to home, as an insurance policy against a dull blade or lost knife. But it’s so light and compact I do have to check now and then to make sure it’s still there.

A Guide to Hunting Caribou

The actual task of hunting a caribou is not that hard. Instead, the challenge of pursuing these...

The actual task of hunting a caribou is not that hard. Instead, the challenge of pursuing these...

By Mark Kenyon
We circled the ridge-top twice in the tiny Super Cub airplane, swooped down for a...

By Mark Kenyon
We circled the ridge-top twice in the tiny Super Cub airplane, swooped down for a...