On the morning of Sept. 7, 1968, best friends Raymond Jones and Ralph Pehrson left their hunting camp to pursue some mule deer they saw near Hayden Creek in Lemhi County, Idaho. After following the deer up a hill, Jones decided to switch gears and gain more altitude to chase mountain goats instead. Pehrson watched Jones disappear over the top of the hill.

The next person to lay eyes on Raymond Jones would be a fellow archer hunting mountain goats in the same terrain—more than half a century later.

“The hunter was seeking a shortcut from one hunting area to another when he found human remains and then contacted the sheriff’s office,” Lemhi County Sheriff Steve Penner said. “Due to the lack of remaining daylight and ruggedness of the terrain, recovery efforts began on the morning of the 18th.”

The recovery team found a wallet with an identification card during the search, confirming it belonged to Jones. The cause of death remains a mystery, especially since Jones was just 39 years old at the time. Hypotheses include an animal attack or a rockslide. At the time of his disappearance, a local legend started that Jones ran away to start a new life in Arizona.

The life he left behind—and the loved ones he shared it with—are relieved to finally have answers and closure. Jones’ wife Donna and their children spoke to the sheriff’s office. Ralph and Edith Pehrson’s children discussed their memories with East Idaho News on Friday, Sept. 24 about how Jones’ disappearance had haunted their parents for the rest of their lives. Both Ralph and Edith are now deceased, but before they passed, each one swore they would go find Ray. 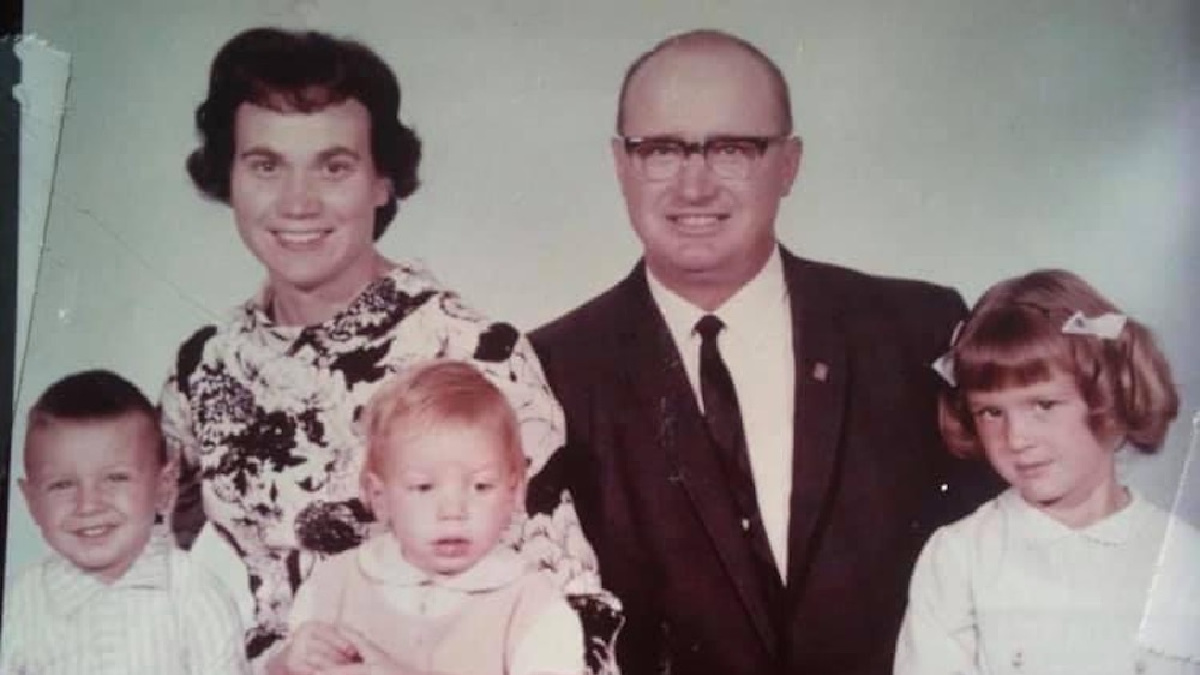 Image of Pehrson family in the 1960s.

The Pehrsons’ youngest daughter, Kendra Simpson, recalled finding the bow and arrows her father hid on the top shelf of a closet after the incident. He refused to touch them again after that hunting trip, leaving the archery gear out of sight for 42 years until his death in 2010.

“He told me about Ray and that he’s never touched that bow again. He just couldn’t bring himself to use it,” Simpson said. “They moved to Boise later and that bow stayed in that top closet until he passed away. I now have the bow and arrows in my possession.”

Ralph Pehrson assisted the original search effort in the days after Jones’ disappearance, which involved multiple aircraft and dozens of on-the-ground personnel. After severe snow forced then-Sheriff William Baker to call off the official search effort, the Idaho State Journal reported that about 70 people and one helicopter, hired by Jones’ brothers William and Edward, remained in the mountains looking for him.

Although those efforts were unsuccessful, they are proof of how much the community cared about Jones. Even though it took 53 years, those who are alive to remember the incident are stunned and grateful to the bowhunter who made the discovery.

“This has been one mystery that has been part of our family forever, and we just wish all the Jones family some peace through this,” Pehrson’s daughter Leanne Spencer said. “And even though it took half a century, it’s incredible. It’s just incredible.”

MeatEater sends its condolences to Raymond's family and friends.

A lone bowhunter was shot and killed by a black powder rifle hunter near the Kilpacker trailhead in Colorado’s San Juan National Forest on Friday, Sept. 17, 2021. A search party spent 10 hours looking for Houston resident Gregory Gabrisch, 31, who fell victim to what is being called an accidental shot. He was deceased upon discovery. Authorities identified the muzzleloader hunter as Ronald J. Morosko, 67, from Elizabeth, Pennsylvania. Morosko was...

Ask MeatEater: What Are Your Favorite States to Hunt?

Every day, our fellow meateaters send us more than 100 emails regarding hunting, fishing, cooking, conservation, and more. So, we decided to publish a series dedicated to our favorite FAQs. Ask MeatEater is powered by onX, creators of the best digital mapping tool for hunters and anglers. My favorite states to hunt, in no particular order, are Montana, Alaska, Wisconsin, Idaho, and Colorado. They all have a special place in my heart for one...