A Mississippi man shattered state records on July 31 with a 104-pound blue catfish caught after a long weekend on the Mississippi River near Natchez. Christopher Halley of Brookhaven, Mississippi, caught the behemoth fish of biblical proportions on a trotline, setting a record for blue catfish in the state’s Trophy category.

“I didn’t know it was a record when I first got in the boat, but I knew it was a really big fish,” Halley said.

The Mississippi Department of Wildlife, Fisheries, and Parks maintains three categories for fishing records: “Rod and Reel,” “Fly Fishing,” and “Trophy.” While the “Rod and Reel” and “Fly Fishing” categories are straightforward, the trophy category is defined by less traditional fishing methods such as trotlines, limblines, jugs, bowfishing, and noodling. Halley’s catch broke the previous record set by Freddie Parker and Brad Smith in 1997 by three pounds.

Halley left to go fishing the day before but was caught by a heavy storm while on the river and ended up having to sleep in his boat. Shortly after breakfast the next day, Halley checked his lines and could feel something pulling. 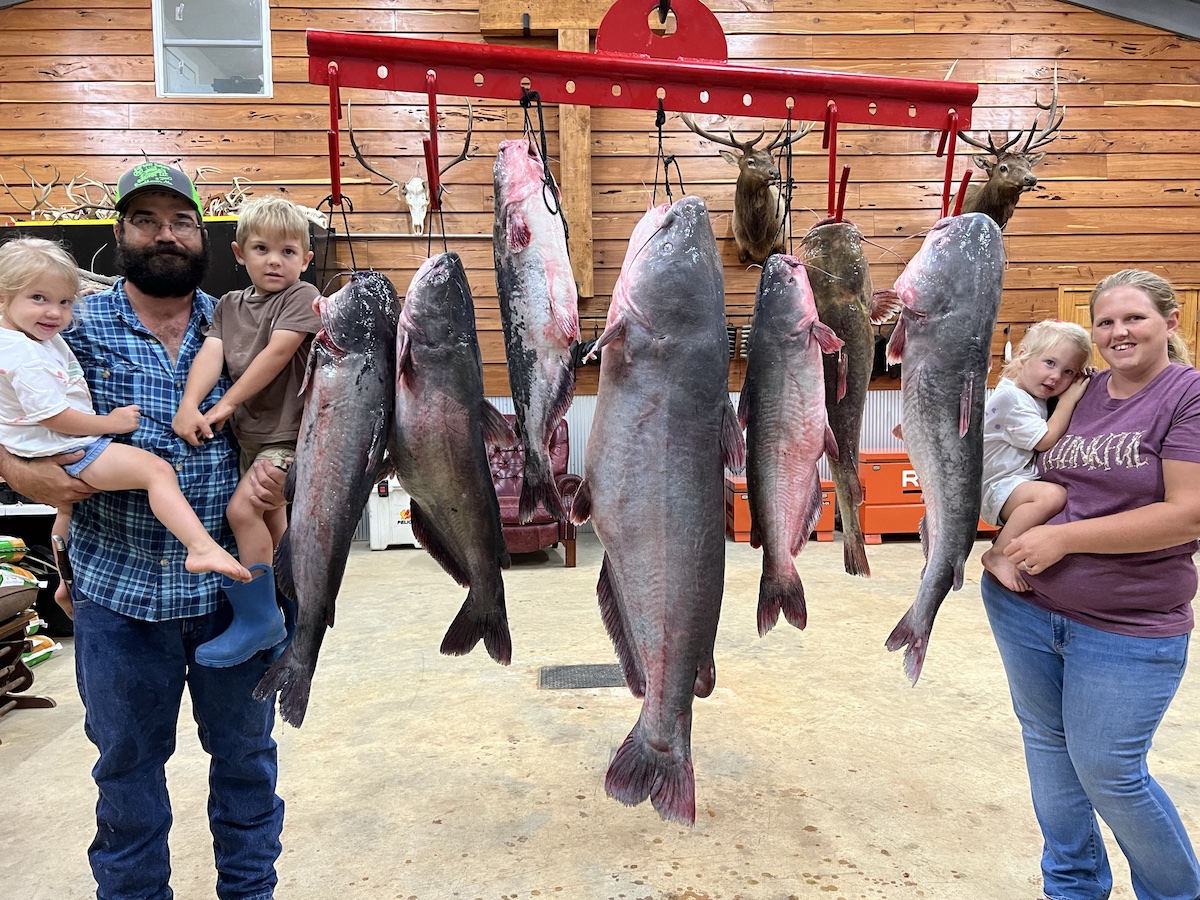 When the catfish revealed itself, Halley knew it would pose some logistical issues. He tried capturing the fish in his net, but it wasn’t big enough. Half of the fish was hanging out of the net and he worried it was so big that it would just fall out. So, in an incredible feat of strength, Halley—who at the time thought it weighed 70, maybe 80 pounds—grabbed the fish by the gills and hoisted it onto his boat.

That’s when Halley realized the magnitude of what he just landed. “I knew he was the best fish I had caught,” Halley said, whose previous personal record weighed in at around 50 pounds. He attempted to weigh the fish on his scale and saw the needle dancing around 100 pounds. “That’s when I really started to realize what I had,” he said.

Being particular about how he keeps his fish, Halley was determined to get the fish on ice right away. However, while trying to get his catch into his new cooler, the fish broke the cooler.

On his way home he stopped by his favorite bait shop, Joe Bob’s, to properly weigh the fish. With the help of a stranger, Halley got the fish on the scale. It weighed in at 103.8 pounds. 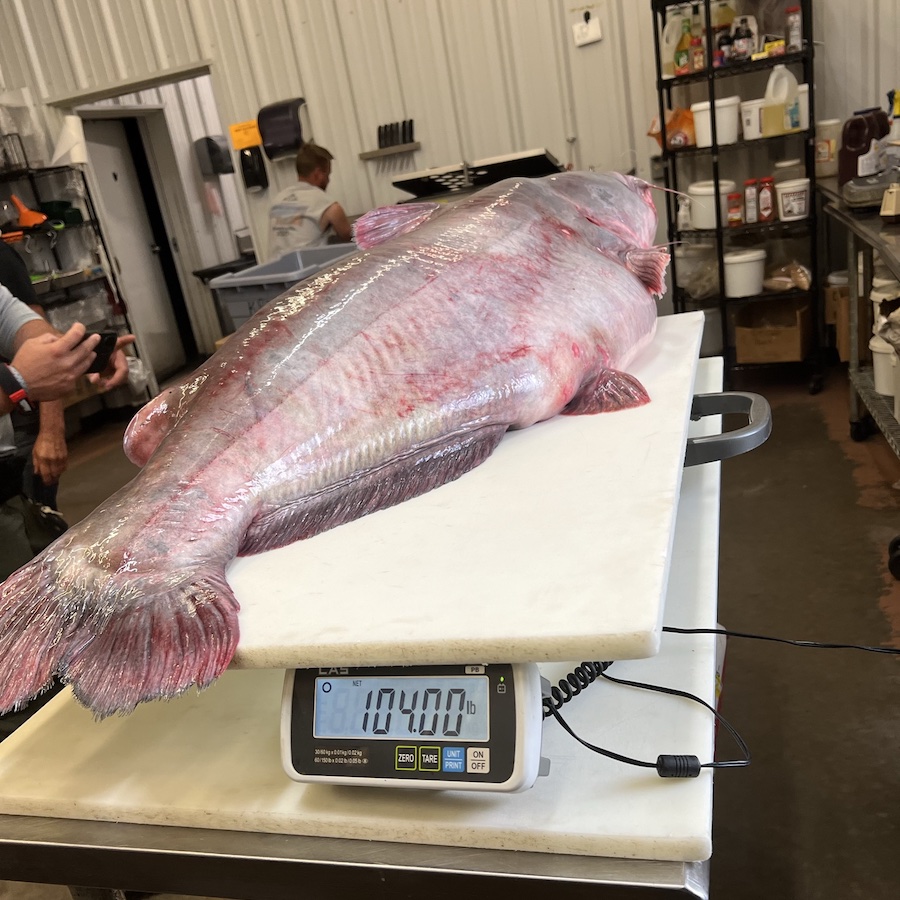 Halley’s brother started Googling state records and told Halley that he should probably call the game warden. After finding a certified scale and again weighing the fish, the warden confirmed that Halley had just broken the state record.

After pulling home with his record-breaking catfish and around 40 other fish, Halley knew he was in for a proper fish fry.

“A lot of people will tell you ‘why eat a fish like that, they ain’t no good,’” Halley said. “But that is not always true.” 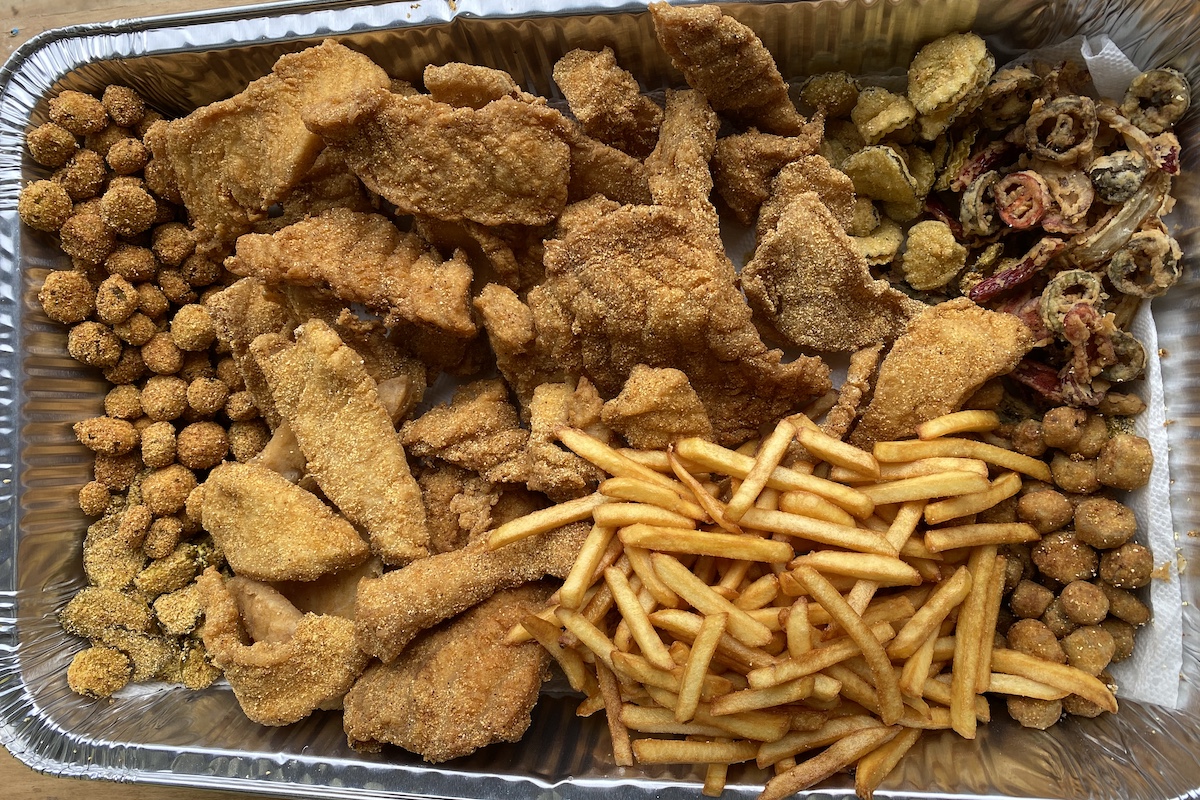 Halley is a lifelong fisherman whose father taught him how to fish when he was a small kid. However, he credits his father- and mother-in-law, David and Sandra Case with teaching him how to properly catfish.

His fish was the second record blue caught in Mississippi this year. In April, Eugene Cronley landed a 131-pound blue catfish also near Natchez in the “Rod and Reel” category, making it the biggest caught in recorded state history.

Though it may seem like a coincidence, or that something in the water near Natchez is breeding monster fish, Jerry Brown, director of fisheries for the Mississippi Department of Wildlife, Fisheries, and Parks, suspects that it is more likely due to the abundance of boat ramps near Natchez, making it a popular fishing destination. He notes that other parts of the Mississippi River can be fairly remote and inaccessible to anglers.

However, that is not to say there isn’t great catfishing in Mississippi. There’s plenty of food for the notoriously gluttonous fish to gorge on, as well as fertile waters and a long growing season that allows for monstrous catfish like Halley’s, according to Brown.

“It just shows that we have really good fish here around our state, [that] one of our fish gets as large as that with plenty of food and the right environment,” Brown said. 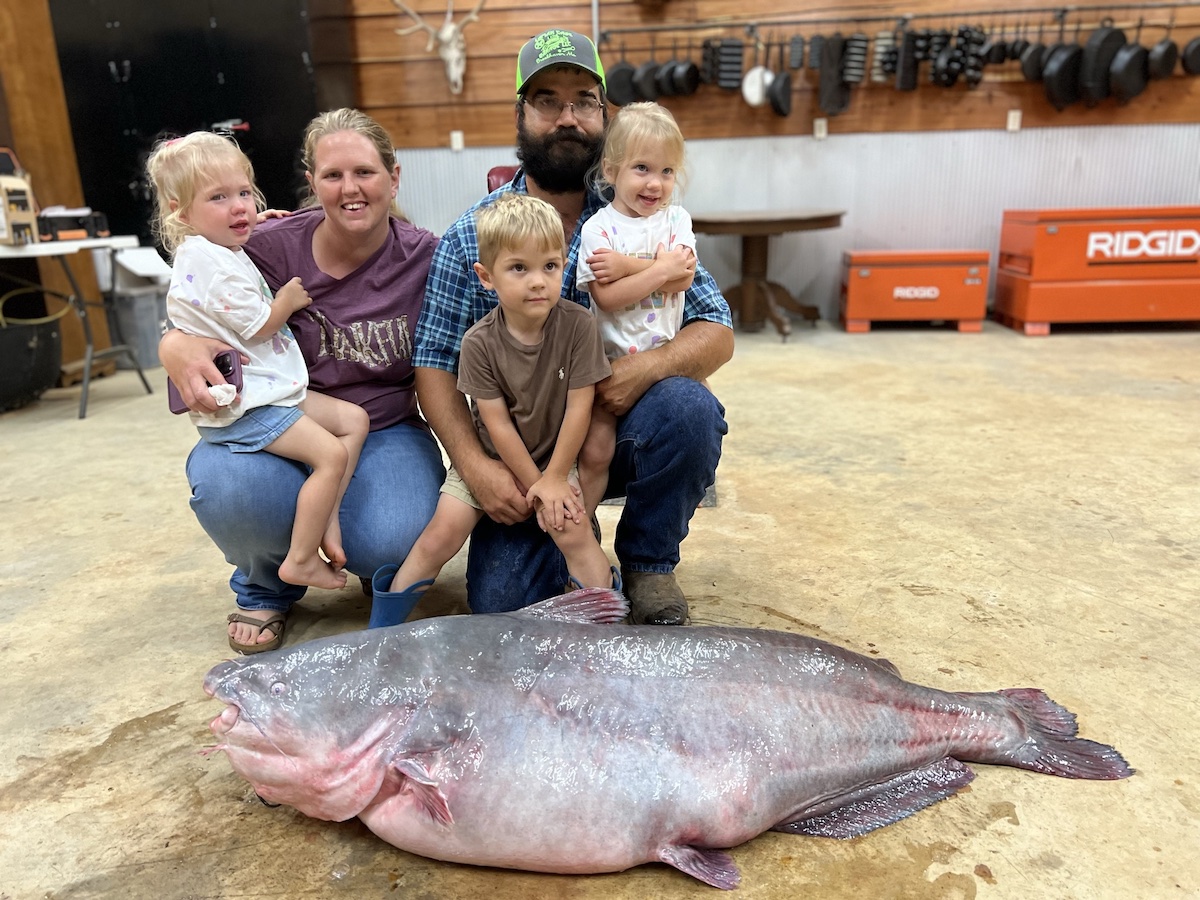 How to Catch Catfish in Rivers

Catfish were the fish of my childhood. They were the fish that my grandfather would tell me about catching when I was 6 years old and would climb into his lap and ask him to tell me stories. To this very day catching a catfish evokes memories of sitting in the darkness with him and my uncles, holding a cheap lantern out over the water while they fished, the flickering light illuminating the struggling form of a catfish on the end of one of their...

How to Catch Still-Water Trout

We’re all a bit guilty of profiling. Now I don’t mean in any sort of that creepy uncle you don’t invite to Thanksgiving anymore type of way, but rather as hunters and anglers. It’s not our fault, of course, it’s just that in the natural world it just seems certain things go together. Agricultural fields make us think of big whitetail bucks hiding in the tree line. Deep muddy rivers make us think of catfish cruising along the bottom, and high...

On October 28, Rick Nicholson went fishing with his son on the Youghiogheny River. A typical outing for the residents of Connellsville, Pennsylvania, quickly became a once-in-a-lifetime experience when he hooked into a fish that broke the state's walleye record that stood for 41 years. Nicholson, who often goes by his nickname "The Breeze," has fished this river for most of his life—his father taught him there, and he now frequents the area with...