“I pulled what looked like a football out of the ice and stared at it for about five seconds before I just started yelling,” Mann told MeatEater. “I laid it next to the smaller ones we had caught which were 14s and 15s, and my buddy said, pack your stuff up, we’re going to get that thing weighed.” 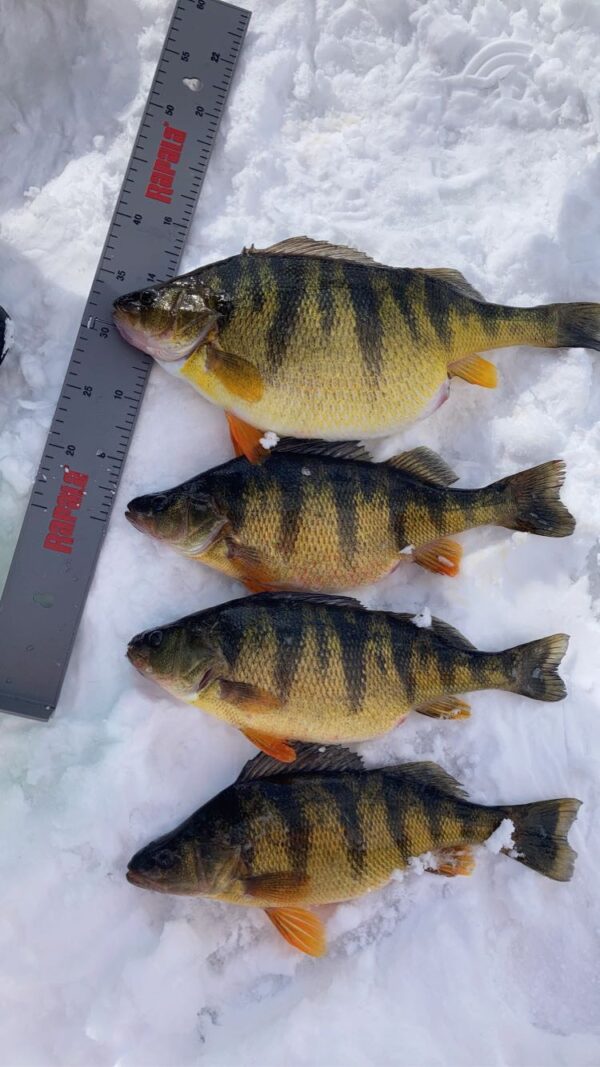 Officials verified that the 3.22-pound catch broke the Idaho record of 2.96 pounds, also produced by Lake Cascade in 2016.

“It’s an unreal feeling. You always dream about catching that state record or world record and then it actually happens and it’s hard to process,” Mann said. “It’s hard to even put into words. I felt like I shot a Boone & Crockett whitetail.” 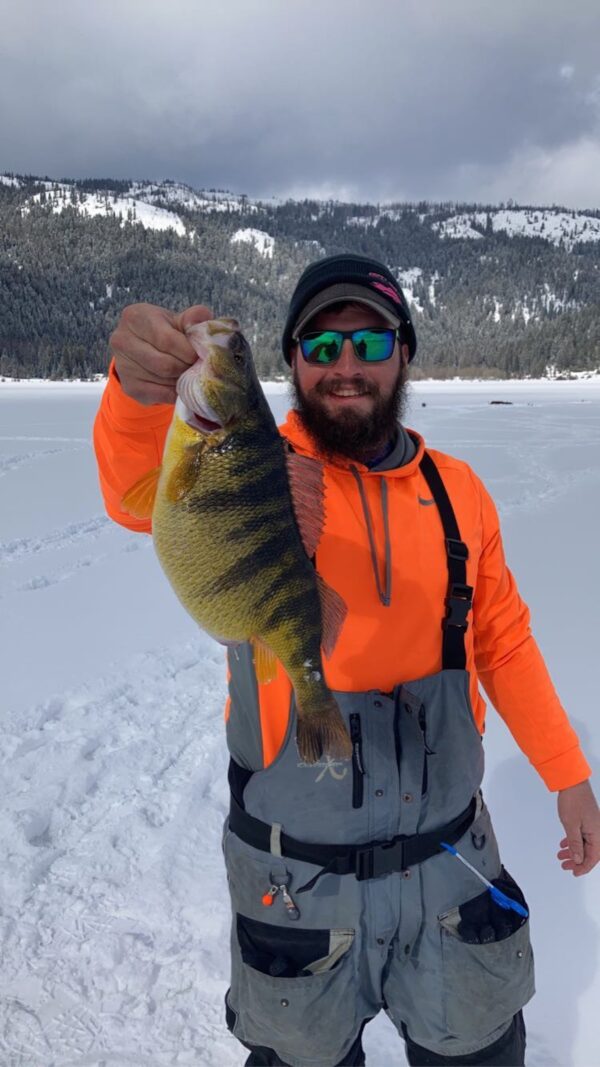 Mann caught the massive perch on a fire tiger-colored tungsten jig with a night crawler in about 4 feet of water.

“Whatever is perch colored, that’s what works out there,” Mann said. “All those bigger perch are feeding on the fry, so you just got to try matching the hatch. And it just seemed like the fatter ones were in shallower water.” 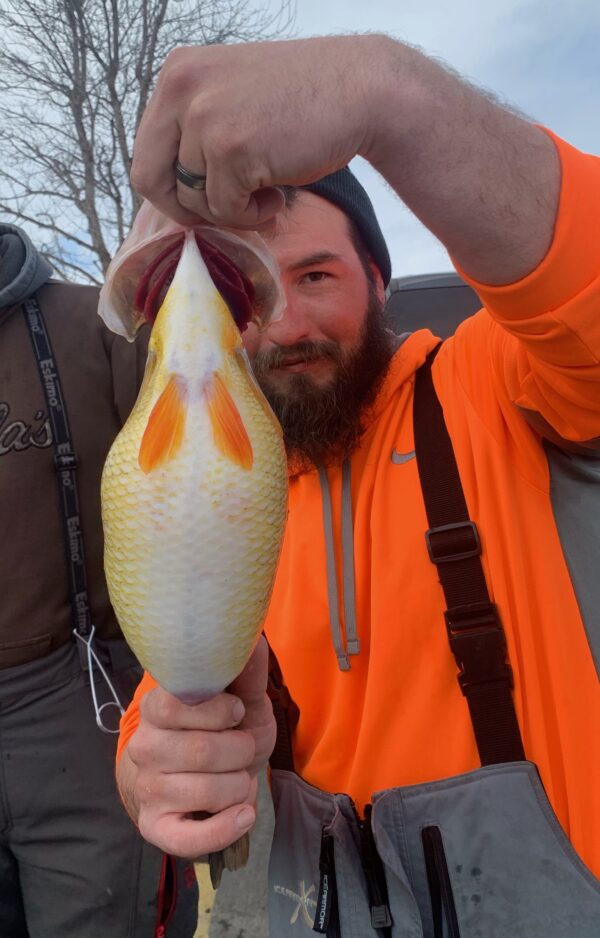 Lake Cascade is known for big perch. In the early 2000s Idaho Fish and Game removed predators like pikeminnows and transplanted about 850,000 perch to restore the population. Since then, the panfish have thrived. The lake has produced several state records and two line-class world records in recent years.

Although some think the jumbo population may decline, Mann believes otherwise. “I’d say the average there is 13 to 14 inches, which is monstrous for perch.”

The Wisconsinite hopes to return to Lake Cascade in the future, but for now is more than happy to bring home a state record and a couple coolers full of fish for the fryer.

The four-wheeler groaned and plowed, tossing snow into the air as we hauled into the enveloping dawn fog. The skin on my face and ears screamed during the ride across the lake, nerves lighting up the registry of pain. I’ve felt this pain before, working cattle in blowing Kansas snowstorms on the family farm. One of my hands pressed the insulated hood against my ear while the other held down the Pelican case, ensuring my camera gear didn’t launch...

How to Ice Fish for Lake Trout

Catching a big lake trout is one of the greatest challenges in the angling world. For most of the year, these fish live in sparse, constantly roving schools in the deepest, darkest parts of lakes and reservoirs. They’re hard to find, hard to catch, and many anglers go hours and even entire days without a strike. However, as the old saying goes, there’s a time and a season for everything. Gardeners plant their annuals on the waxing quarter moon...