Earlier this summer, we wrote about Kari Gentry and how her first day of fly fishing was better than yours. Well, now we’re declaring James Lukehart’s first day of paddlefishing superior to yours, too.

Lukehart booked a fishing trip for his wife and himself to their home state of Oklahoma’s most famed spoonbill waters, Keystone Lake. The first fish of the day was an 88-pounder that Caitlin caught and released.

“We just really wanted some quality meat, so we made a rule that we’d throw back anything over 50 pounds,” Lukehart said. 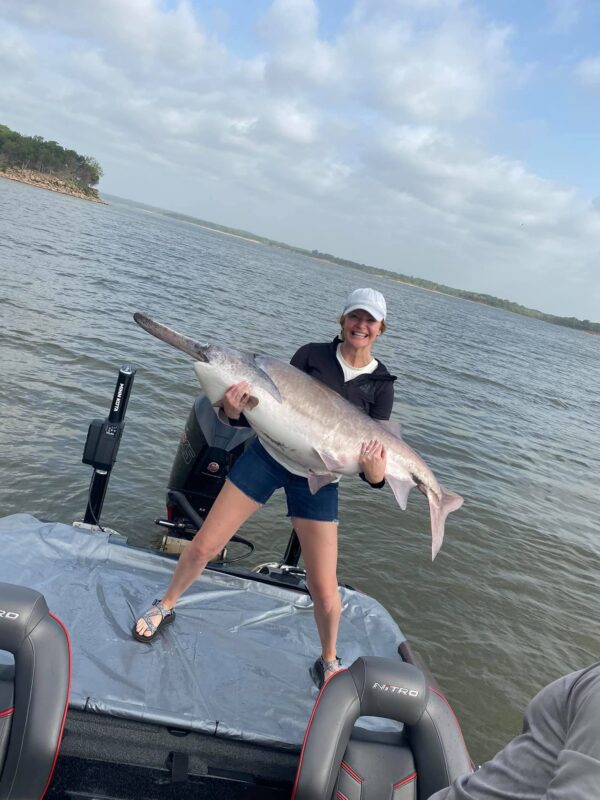 Lukehart followed up the 88-pounder by snagging a giant of his own (intentionally snagging is the accepted way to catch paddlefish since they’re filter feeders that wouldn’t bite traditional fishing tackle). The battle lasted about 15 minutes, but it wasn’t until the final 90 seconds that everyone realized the true size of the fish.

“Caitlin’s paddlefish was 70 inches, and we could tell this one was about that size,” Lukehart said. “But then it got closer to the boat and rolled sideways—we could see this thing had so much more girth.”

Once they got the fish boatside, they took some length and girth measurements and determined it’d be close to the state record of 143 pounds and world record of 144 pounds. A biologist from the Oklahoma Department of Wildlife Conservation met the boat at a landing and officially weighed the paddlefish at 146 pounds, 11 ounces. 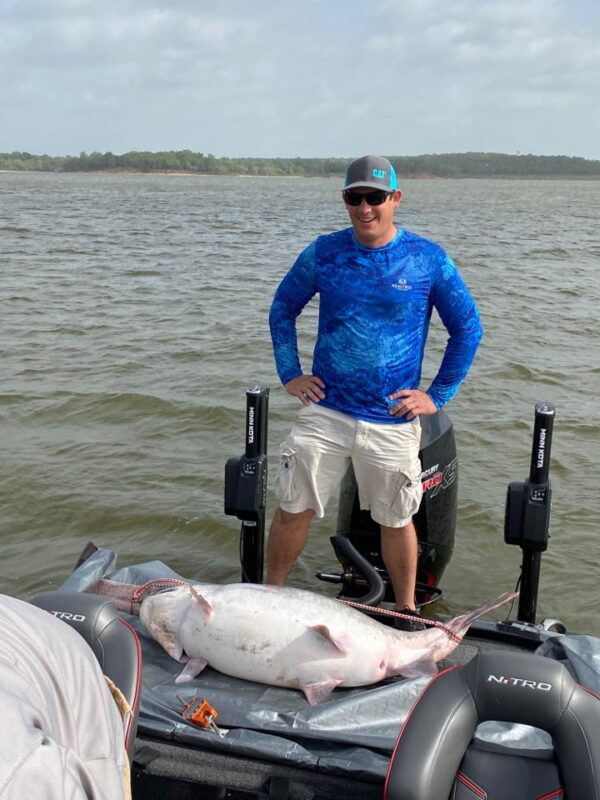 “My goal the whole time was to just get the fish weighed and then let her go again,” Lukehart said. “We tried our best to keep the paddlefish in water as much as possible, and I think in the two hours from catching her to letting her go, she only spent five minutes out of water.”

After the excitement of setting the new world record, Lukehart and his wife returned to fishing and each caught “keepers” that weighed about 50 pounds. Their catches are being brined and prepped for the smoker right now.

In the same boat.

Jeremiah Mefford, who works at Reel Good Time Guide Service, broke the state record on a day he wasn’t guiding last month. His paddlefish smashed the old Oklahoma record by more than 10 pounds.

“Our guide didn’t even tell me that he was the state record holder until we got done weighing the fish,” Lukehart said. “He was a great sport about it. I think he just appreciated how special that fish was, regardless of who caught it.”

The Worst Dick Moves an Angler Can Make

John Gierach famously wrote that there are two types of fishermen: the guys in your party, and the...

John Gierach famously wrote that there are two types of fishermen: the guys in your party, and the...

All-Around Angler: What Fishing Line Should I Choose?

Alongside the official launch of the MeatEater Fishing Department, we’re pleased to bring you this...

Alongside the official launch of the MeatEater Fishing Department, we’re pleased to bring you this...