How to Salvage Roadkill 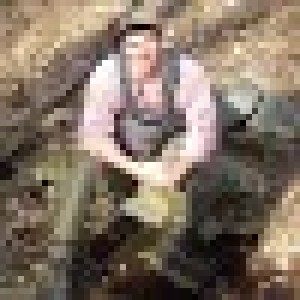 “That deer looked fresh,” I said to Dad as we passed a road-killed doe on our way to hunt.

It was the last week of Pennsylvania’s late muzzleloader season and we needed meat. After turning around a mile up the mountain, using precious daylight in a month starved for sun, we found the doe’s body was still warm. Her head had been struck by a sideview mirror, littering plastic and glass along the roadside. She dressed out at 120 pounds, but dragging her across the double-yellow lines was the easier than it would have been over downed trees.

With big game seasons winding down across the country, empty freezers are beginning to yawn with intimidation. If you weren’t lucky enough to fill your tag this year, and don’t have generous friends who will share their elk or deer with you, salvage tags are the easiest way to keep eating venison chili until fall rolls around again. It’s more hearty than tag soup.

Salvage Tags 101
Despite the redneck stereotypes surrounding the eating of roadkill, picking up car-struck animals is legal in about 30 states. Game agencies allow and actively manage people claiming turkey, deer, pronghorn, moose, wild pigs, elk, bears, and upland birds. Picking up roadkill is not only an efficient way to fill the freezer, but clearing animals from the shoulder can save the lives of eagles, vultures, foxes, and other scavengers that might also get struck while eating a carcass.

Be aware that each state varies greatly concerning the animals you’re allowed to salvage and the permits you must possess. For instance, Michigan allows deer and bears to be salvaged, but not turkeys. Montana allows salvage permit holders to keep the entire carcass of the animal, including antlers. On the other hand, Pennsylvania only allows the meat to be retained and the head must be disposed in specific game commission-managed dumpsters. In Illinois, residents must hold a hunting or fishing license to salvage animals. North Carolina allows any resident to claim a deer as long as they register the animal over the phone.

Salvage tags are free in most states. But each game department has specific rules that you should know well before hauling a headless whitetail into the pickup bed to avoid an awkward conversation with a motorist or police officer. Agencies typically allow 12 to 24 hours before you must report claiming the roadkill. If you are in the car that kills the animal and call the police to file an accident report, the reporting officer can often provide the permit on site.

Know Your Overnight Lows
My wife told me I couldn’t pick up a deer until October. That’s a good practice to follow. Large game animals run hot and laying dead on blacktop doesn’t help them cool down quickly. Once nighttime temperatures start dropping into the 40s and 30s, the meat will keep for hours even with the guts still inside the cavity. Finding animals in the morning is often best because they were likely hit the previous evening or early in the day and cooled down quickly.

There’s less to worry about in the winter up north because a dead animal will freeze solid before long. But it is still imperative to find roadkill quickly. For southern states, these winter months are probably the best time to claim animals.

If you’re having trouble judging how long an animal has lain on the road, study the eyes. Over a matter of hours, depending on temperature, the eyeballs will begin to shrink from their full, glassy form into sunken wrinkles reminiscent of prunes. The more pruned the eyes, the longer it’s been dead. If there are no eyes, crows and ravens ate them. Let the animal be or drag it off into the ditch.

Identify Point of Impact
A quick once-over of a road-killed animal will often tell you if the carcass is worth taking. You won’t want to eat any part that made direct contact with a bumper. Many deer, elk, and pronghorn get hit by cars on their back half. Look for trauma along the belly, discoloring from intestinal rupture, and damage around the anus. These all indicate a messy gutting situation and, probably, spoiled meat. The front shoulders and backstraps are often salvageable, but most states require that you take the entire carcass. That means transporting the whole body, which might be leaking foul goo from the anus.

If the animal collided with the car or got sideswiped—neck and front legs broken, dislocated shoulders—this most likely indicates that the majority of the body is usable. Even if there are some bloodshot spots, I usually trim the worst out and grind the rest into sausage.

Get Off the Road
This may be seem obvious, but the animal you’re picking up was hit by a car. Don’t end up lying in the ditch with it. Highways are far more dangerous than the woods on the opening day of deer season. Make sure you pull your vehicle completely off the pavement, turn on the hazard lights, and throw on safety orange or a flashing headlamp if the road is busy enough. Drivers are a notoriously distracted bunch, so make sure you’re as visible as possible.

With hundreds of thousands of big game animals killed by vehicles every year, salvage tags are an ethical way to fill the freezer and reduce the waste that accrues on our nation’s roadsides. Let’s not throw away the meat and lives our front bumpers have left on the ground.

The Complete Guide to Ramps: How to Find and Eat the Wild Leek

Food Under Foot: How to Find Oysters and Clams

I trimmed up my outboard, cut the motor, and drifted into the channel. The southwest wind blew warm...

I trimmed up my outboard, cut the motor, and drifted into the channel. The southwest wind blew warm...