It’s easy to forget that just a generation ago, when hunting was at the peak of its popularity in this country, anti-hunting movements backed by extreme animal rights activists were virtually non-existent. Not until recently have organized anti-hunters become a serious threat to the traditions of hunting and the science-based wildlife conservation system in the United States.

Many of us assume hunting or trapping will always be there for us to enjoy. But recent history has shown that is no longer a safe assumption.

These days, radical fringe groups use ballot initiatives, lawsuits and misinformation campaigns to wage an all-out assault against hunting, trapping and fishing. Never mind what would happen without the massive monetary contribution we make to wildlife conservation. Forget about all our work towards protecting public lands that every American can enjoy. Even all the healthy wild protein we feed our families and the history and traditions that are the foundations of our lifestyles don’t matter—at least not to the people who are committed to seeing it all end.

It’s important to know that anti-hunting, animal rights groups don’t limit their efforts to high-profile wildlife issues like the recent federal court battles over grizzly bear delisting in the Greater Yellowstone Ecosystem or the recovered wolf population in the upper Midwest. One of their favorite ploys is to attack specific practices at the state level, where they can directly undermine hunting and trapping regulations.

Take a look at a couple of recent examples, one of which was soundly defeated while the other dealt a severe blow to hunters.

Last year, anti-hunters launched a campaign in Arizona to outlaw hunting and trapping mountain lions, bobcats and even jaguars—which are already federally protected and off limits to hunters. Arizonans for Wildlife, a front group funded by the Humane Society of the United States, failed to gather the necessary number of signatures for the initiative to make the ballot.

Also last year, in New Jersey, Gov. Phil Murphy ignored the wildlife management recommendations of his own state fish and game agency, using an executive order to ban black bear hunting on state lands, despite the fact that New Jersey has the highest density of black bears in the entire country.

While the first example shows us that hunters can win these fights, the second illustrates just how quickly and easily opportunities can be stripped away. Across the country right now, there are ongoing attempts to take away our ability to hunt and trap.

A coalition of environmental groups have notified the federal government of their intent to sue the United States Forest Service in order to outlaw baiting for black bears during hunting seasons in Wyoming and Idaho. Among the engineers of the lawsuit is WildEarth Guardians, a group with strong anti-hunting and anti-trapping biases. The lawsuit argues the practice poses a serious threat to grizzly bears and humans. These claims are largely unsubstantiated.

Even though a major anti-hunting effort failed to restrict Maine black bear hunting methods in 2014, bear hunting is once again the focus of animal rights groups such as the Maine Wildlife Alliance. The group is fighting two bills that would reinstate the state’s spring black bear season and allow biologists to lengthen seasons so more bears could be harvested.

“If we have a spring bear hunt, there’s going to be a lot of moms with a lot of cubs,” Daryl DeJoy of the Maine Wildlife Alliance told the Associated Press. “It’s easy to disprove the hypothesis that hunters don’t shoot moms with cubs.”

These groups commonly use these inaccurate, emotionally charged statements to sway people who aren’t educated on the subject and may not be opposed to hunting in general.

Meanwhile, the state’s black bear population has increased from 23,000 to 35,000 in the last 15 years. State Senator Paul Davis sponsored the bills to “give the state Department of Inland Fisheries and Wildlife the ability to adjust the bear hunt … to let biologists tailor the rules of the season to better reflect the size of the population.” 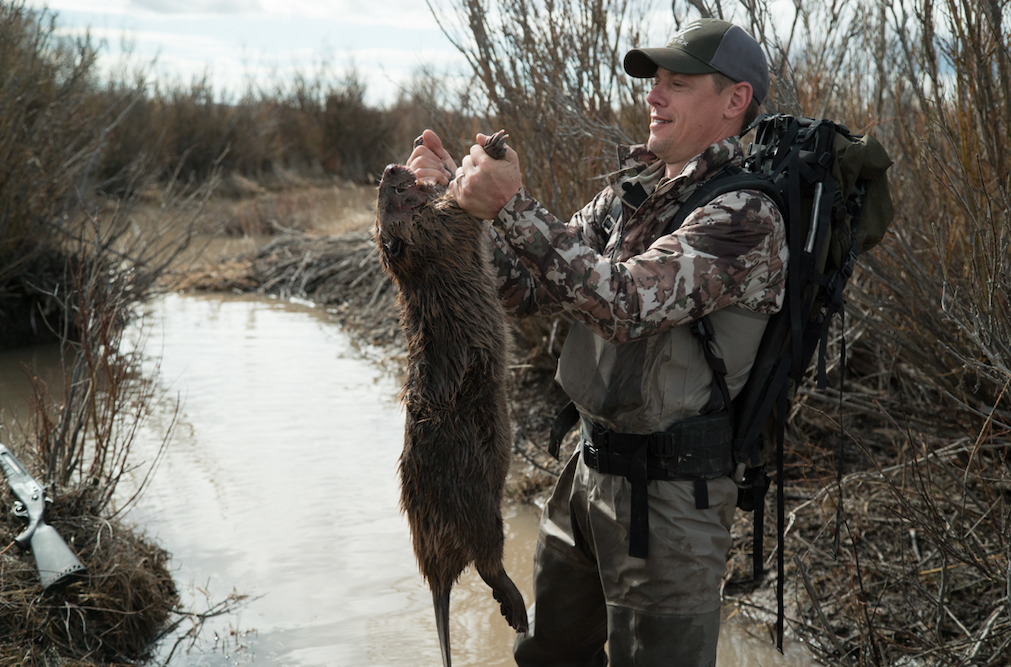 Bear hunters aren’t the only ones being attacked. An environmental non-profit is campaigning to add a number of unnecessary restrictions to Montana’s trapping regulations. The group says “indiscriminate recreational trapping” poses a danger to people and wildlife.

Another effort to ban all trapping in the state recently failed, but this ploy takes a different approach by chipping away at legal trapping methods. Among their concerning proposals is suspending recreational trapping of beaver “to combat climate change,” increasing trap setbacks from roads and trails from 50 to 500 feet, designating trap-free areas in every Montana county, banning recreational trapping in endangered species habitat, and licensing and regulating all trappers—which is is already required.

Overly restrictive regulations such as these have nothing to do with wildlife management. The intent is only to make the process so onerous that many trappers would give up the practice.

Montana’s Fish Wildlife and Parks Trapping Advisory Committee states: “[The committee] will not consider whether or not there will be trapping in Montana. Trapping is a legal activity, a sound wildlife management practice and a legitimate use of wildlife, and is well represented in Montana’s history and culture.”

However, that doesn’t rule out the possibility that some or all of these changes won’t be implemented if hunters and trappers don’t fight back.

Trapping is also in danger in California, where a member of the state legislature introduced a bill that would outlaw all trapping in the state.

The Center for Biological Diversity, yet another anti-hunting group with a name that sounds good but that has nothing to with wildlife conservation, supports the bill by playing up the animal cruelty argument, claiming, “This bill is an important step in ending an antiquated and cruel practice.”

While the number of fur trapping licenses sold in California is much lower than many other states, banning trapping there could have widespread implications for sportsmen throughout the country.

Meanwhile in Colorado, a petition to ban bobcat hunting and live trapping is being reviewed by the Colorado Parks and Wildlife. The proposal claims that bobcat hunting endangers protected Canada lynx in Colorado.

“The use of a federally protected species—Canada lynx in this case—is a favorite tactic of animal-rights groups who want nothing more than to shut down hunting and trapping,” said Luke Houghton, The Sportsmen’s Alliance associate director of state services. “They have tried numerous times to ban all trapping in Maine and Minnesota using litigation dealing with federally protected populations of Canada lynx, and in Maine their arguments were rejected by the courts.”

Houghton goes on to say, “This petition ignores sound science and uses tactics by the extreme animal-rights community to end the harvest of a healthy and abundant species. It’s nothing but a backdoor attempt to shut down a hunting and trapping season. What is ironic, though, is this petition fails to recognize that hunters and trappers are the very reason that bobcat numbers continue to flourish in Colorado, and why the lynx population has a sustainable environment to grow its population.”

Although this type of petition failed elsewhere, 20 years ago the use of all leg-hold and kill traps for furbearers was banned in Colorado through a ballot initiative, so this petition should be taken very seriously.

Anti-hunters will continue to disregard science-based wildlife management and conservation but threats to hunting also come from sources outside the radical animal rights movement. In Virginia, a bill has been introduced that would negatively impact waterfowl hunting access. The proposal would increase setback distances for stationary blinds placed legally in public waterways from the low water mark to 150 yards offshore. Such an outcome would essentially eliminate access for hunters to place stationary waterfowl blinds.

Meanwhile in Hawaii, new legislation would outlaw the possession of all guns and ammunition in hotel rooms. A measure such as this would directly impact traveling hunters, and as Steven Rinella said, “It’s hard to imagine someone canceling their plans to commit a crime because they’re not supposed to have a gun in their hotel.”

Anti-hunting politicians and activist groups are well funded and well organized. It’s a certainty that more of these anti-hunting proposals will be introduced throughout the United States. At MeatEater, we’re committed to getting the word out so all hunters can continue fighting the good fight to keep our traditions alive.

Back in 2013, outdoors TV host and personality Melissa Bachman legally killed a lion in South Africa during a guided hunt in the Maroi Conservancy. For her, there was a big reason to celebrate. She shared photos on social media of her sitting behind the dead lion along with the caption: “An incredible day hunting in South Africa! Stalked inside 60 yards on this beautiful male lion. What a hunt!” Shortly after she posted the image, it was picked...

With New Jersey’s squirrel hunting period drawing to a close, a local outdoors group wanted to hold an event to celebrate the final days of the season. The Inskip Antlers Hunting Club scheduled a squirrel hunting contest for Feb. 16 and invited locals to join them for demonstrations on hunting, cleaning and cooking small game. “This event was created to bring families together and educate people that there’s a natural food source out there that...

It seems that every couple months the animal rights activists of America rain hell down on some unfortunate hunter over perceived wrongness of a kill. As an editorial team we often have a difficult time finding the right way to respond to these blow ups. So, we decided to create this form as a way to separate the bullshit from actual hunter wrongdoing. Please feel free to print this out and use with your friends the next time some movie star...