Pulling Off An Out-Of-State Whitetail Trip for Less Than a $1,000

The planning of an out-of-state whitetail hunt can be a little intimidating and the challenges sometimes keep hunters from ever taking the plunge to go on one. But it doesn’t have to be that way. There’s a lot of sound advice out there covering topics like gaining access to private land, which state is right for you, gear lists, and so on. But for me, the biggest challenge was forecasting a realistic budget and “selling” my wife on the idea. With that being the case, I figured I would share with you what my expenses were of my most recent out-of-state hunt in hopes of helping you properly budget for your own out of state hunt. Here’s exactly what it cost for my week-long rut trip to Nebraska in 2016.

(I also recently broke down the expense of my Montana elk hunt – see here.)

If this is your first out of state hunt, I highly recommend burning a weekend for a scouting trip sometime during the summer. We bit the bullet and decided to do this. My buddy and I left Michigan after work on a Friday and drove 10 hours through the night to the farm in Nebraska we were planning on hunting. We pitched a tent when we arrived, got a quick five hours of sleep in, and then began scouting. We hung three tree stands and put out two trail cameras along with over 100 lbs of bait in front of each camera, which was perfectly legal in Nebraska before the season opens. 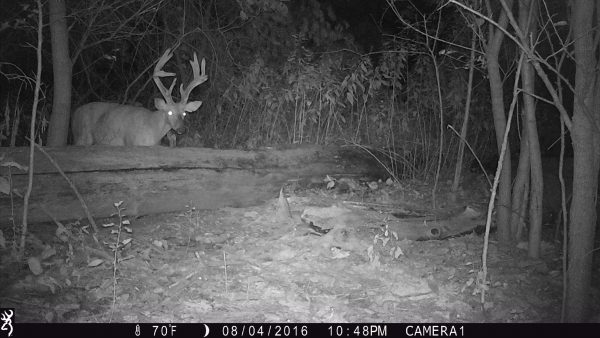 The state you choose to purchase a non-resident tag in will greatly effect the cost of your hunt. It’s well known that states like Iowa, Kansas, and Illinois are home to some of the biggest bucks in the country but those states also have some of the more expensive non-resident tags. States like Ohio, Indiana, Wisconsin, and Nebraska offer more affordable nonresident tags.

I chose to purchase a non-resident tag from Nebraska for two reasons. First, I have access to a 140 acre farm on the eastern side of the state. This is a 10 hour drive from Michigan which isn’t ideal but is still very doable. Second, the cost of the tag was fairly reasonable and is available over the counter. Total: $236

Lodging was a large expense. We thought about pulling a small camper out with us but didn’t want to deal with a possible breakdown or being confined to such a small space. We rented a motel room for the week at $60 a night. 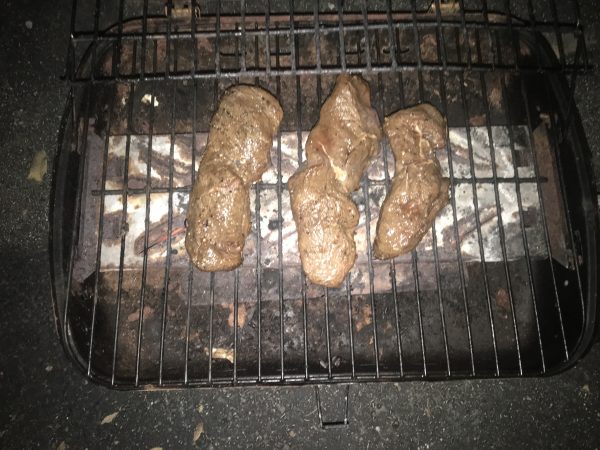 This is tough to consider an expense as you’d have to buy groceries if you were at home. We brought a portable grill so we could cook elk breakfast burritos, elk steaks, and elk burgers that we had packed for the week. Upon arrival, we found the local grocery store and purchased all our side dishes. Total: $60

If you’re planning an out of state hunt like this then I think it’s safe to assume you have all the hunting gear you need. I can see buying something like a climber or hang n’ bang set up, which we already had, so the expense on gear was nothing for us. Total: $0

We were very fortunate to not run into any breakdowns or equipment failures on our trip. I did bring $100 in cash with me and slowly spent it at gas stations or diners throughout the week. Total: $100 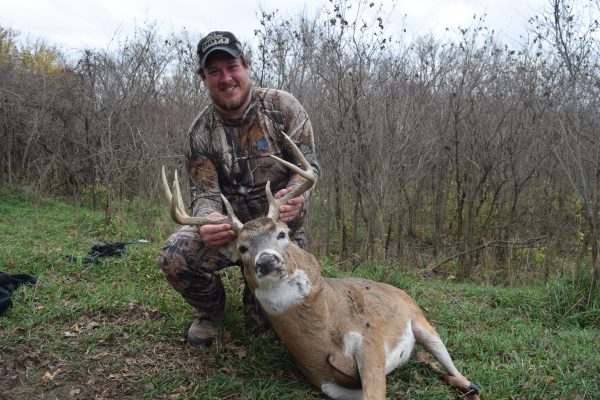 A Note on Taxidermy and Processing

You cannot transport brain matter or spinal fluid into the state of Michigan (and many other states). If you want a euro mount, you better have brought something to boil the skull in so you can remove the brains. My buddy shot a buck that he wanted to have shoulder mounted. He decided to cape it out himself and then was able to just cut the rack off at the skull plate. My buddy then processed his buck while I was hunting. We brought a vacuum sealer with us just for this purpose. His taxidermy bill was most likely around $400 but I feel this is another expense that shouldn’t be added. You can easily do a euro mount yourself or even pay $50 to have someone else put the finishing touches on it. For me personally, I can’t afford to shoulder mount every buck or bull I kill if I want to continue to go on out of state hunts every year.  Potential Total: $50-$400

(To watch how that hunt in Nebraska unfolded, click here.)

How To Do It Cheaper?

Well, right away this year will be cheaper for me as I won’t need to go on a scouting trip. Tree stands are already hung and I’ll be stopping by to hang trail cameras in September on my way to Idaho for an elk hunt.

The only other way to save money is on lodging. You could save on lodging by sleeping in the back of your truck for a few nights. You could also sleep in a tent on some of those warmer nights if the weather cooperates. No matter which route you take for lodging, at some point you’ll need a shower and a bed even if it’s just for a night or two.

I hope the information helps you properly budget for an out-of-state hunt. You can easily do this trip in multiple states for less than a grand. Whether you knock on doors for private land access or hunt public land, the opportunity is at your fingertips. Get planning and good luck.

How to Plan an Out-of-State Shed Hunting Trip

You and I both know that cabin fever is real and winter is long. We can all feel it deep in our bones, but I know the perfect antidote. The cure for cabin fever, at least for whitetail nuts like us, is to plan a shed hunting adventure. Yes, an out-of-state trip to stretch the legs, kick off the dust, and get the whitetail gears turning once again. As much as I love hunting deer, I’ve found that some of my very best whitetail-related memories stem...

I remember when I decided to focus my efforts primarily toward hunting whitetails on public land. I’d grown enamored with the idea of hunting deer that faced lower pressure and had higher chances of reaching maturity, and I wanted to tackle different types of terrain and learn how deer travel through environments different than those around my home. Public lands were the ideal solution for my situation, since I wasn’t in any financial position to...

Why Transitions Are the Perfect Rut Setups

Sweet November comes by its reputation honestly. Those precious few weeks each year are the best time to notch your tag on a mature buck. Daylight activity is at an all-time high, and if you're in the right spot, it can be one of the most wonderfully chaotic experiences imaginable in the deer woods. But if you find yourself away from the rutting action, it makes for some long, frustrating sits. As random as the rut can seem, you can avoid those...