James Young successfully raised his first flock of domestic turkeys last year at his home in Los Gatos, California. Earlier this April, he started the journey towards rearing flock number two. His plan was to butcher the first bird in October—it would be their Thanksgiving meal. But the night before Young was set to slaughter, something beat him to it.

“Every turkey was killed,” Young said. “Something broke the zip ties on the deer fencing and slipped through a gap that looked just big enough to fit a small dog. I thought for sure it was a raccoon or skunk or coyote.”

Young wanted intel on how the varmint compromised the coop, so he set a trail cam with hopes of the critter returning. It did the very next night.

“We know cats are here—I ran into one picking chanterelles back in December,” Young said. “But I just didn’t think it would be a mountain lion. I was pretty shocked.”

The mother and her cubs used the same method of entry from the night before. They arrived shortly before midnight and hung around the coop well into morning. Young’s trail cam captures them feasting, bathing, and napping among the massacred flock for over six hours.

“I’ve raised a lot of chickens and have had a few get picked off,” Young said. “Usually it’s raccoons or bobcats. Each time after I take an additional measure of fortification to keep it from happening again.”

Young is already thinking about how to shore up his coop for round three of turkey poults in 2021. The first change will be going from deer mesh to wire mesh. As for the mountain lions, he holds no ill will for the fellow MeatEaters.

“They were just being cats,” Young said. “I don’t like losing all my turkeys, but they beat me fair and square this year.” 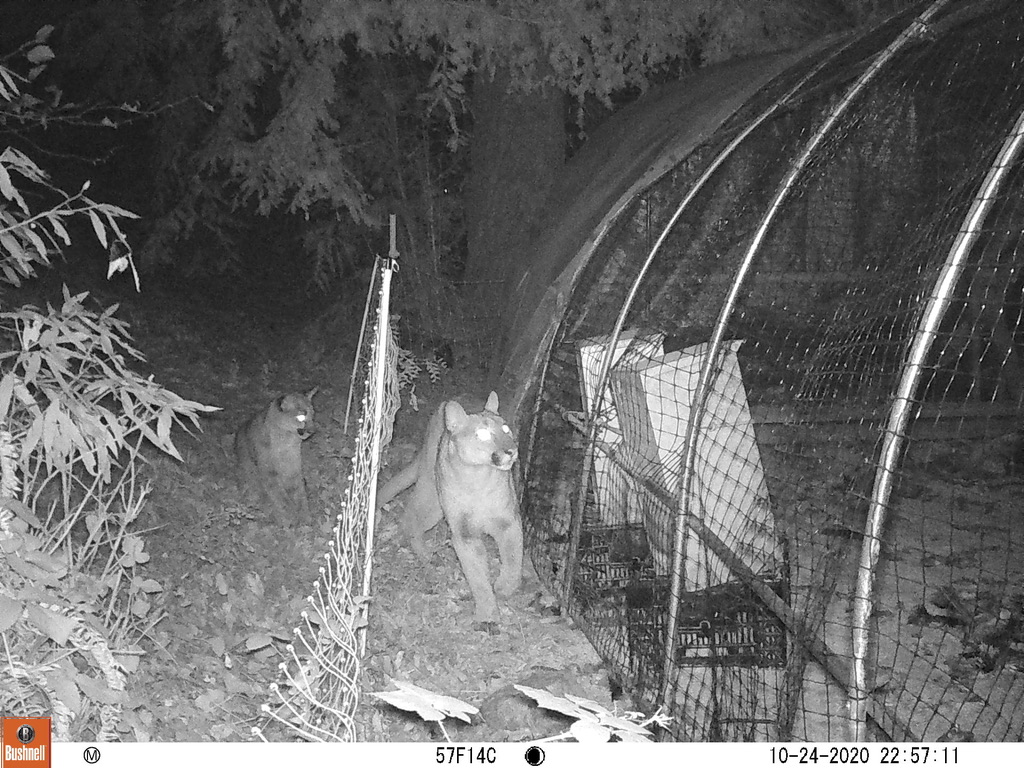 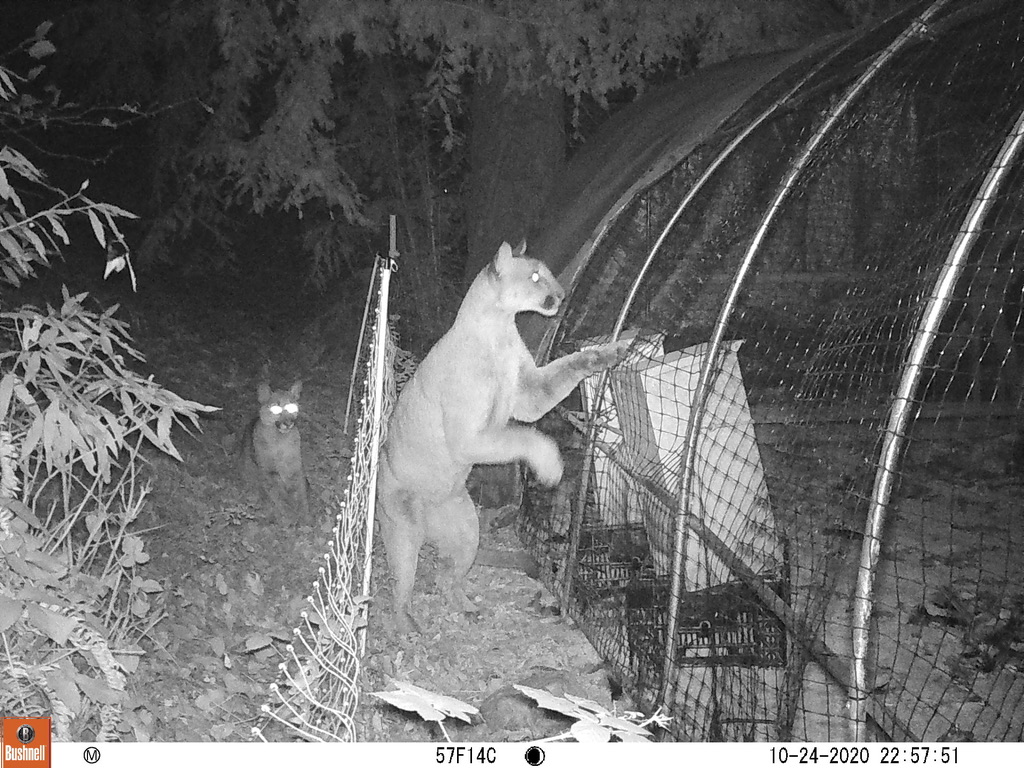 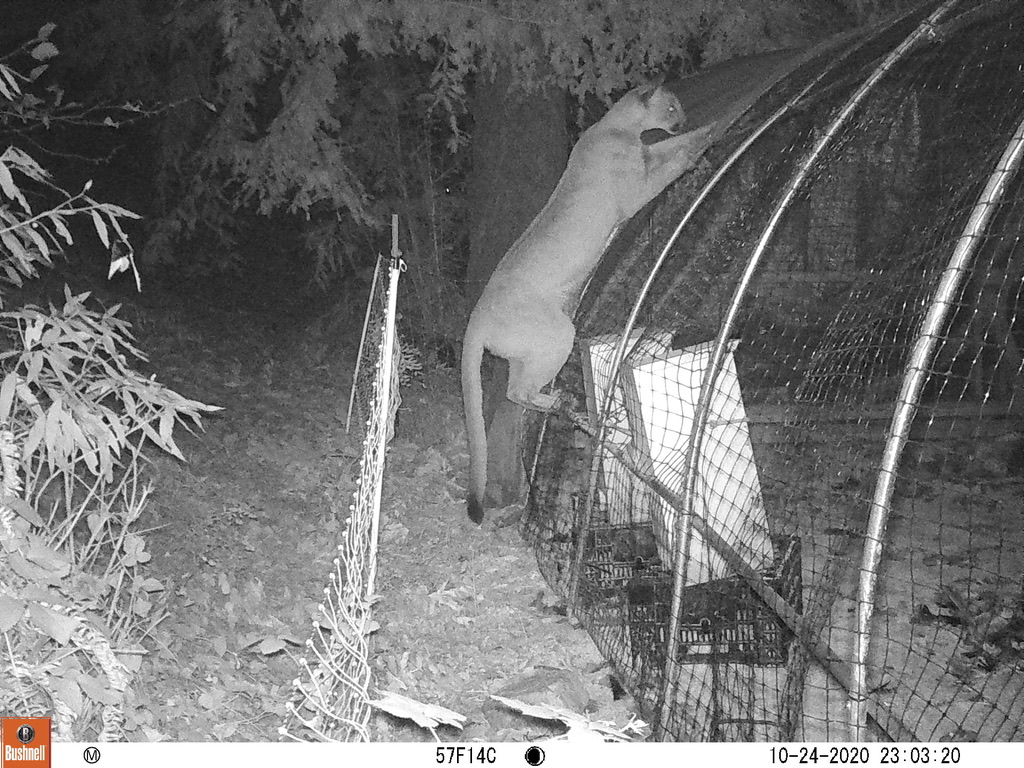 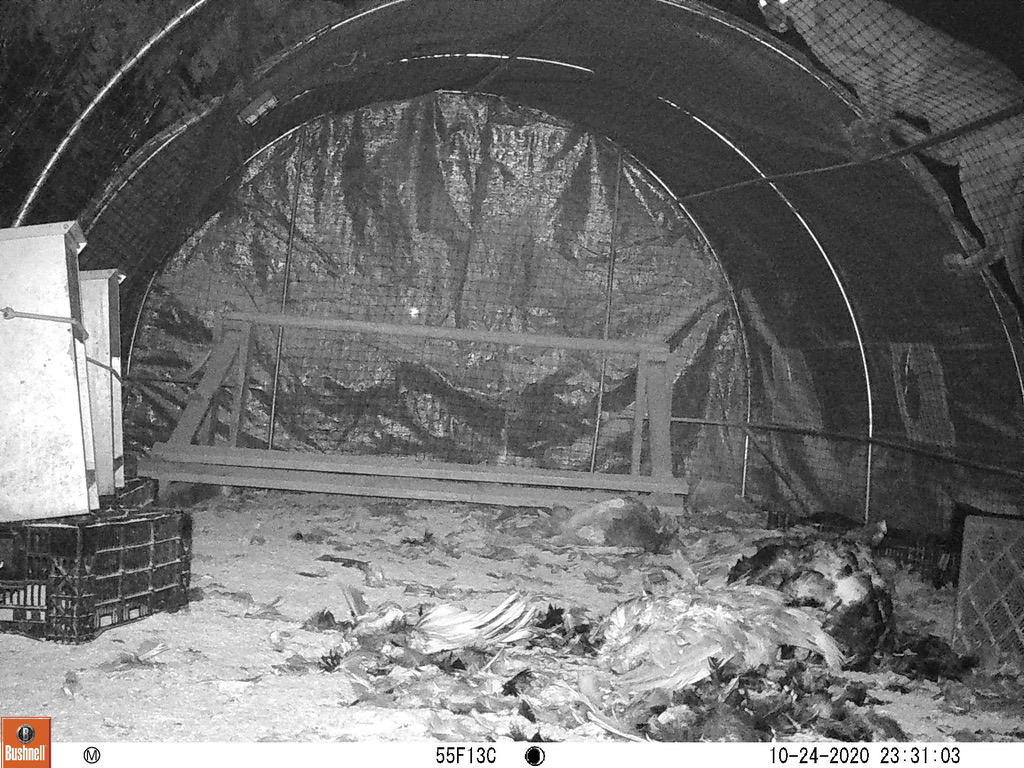 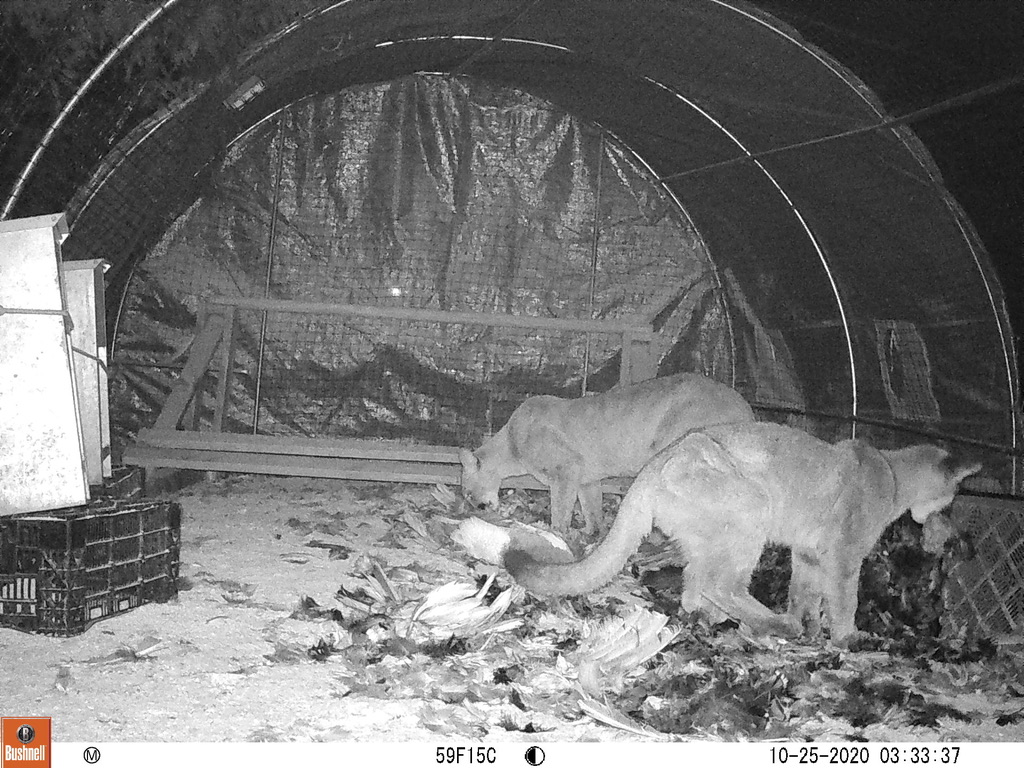 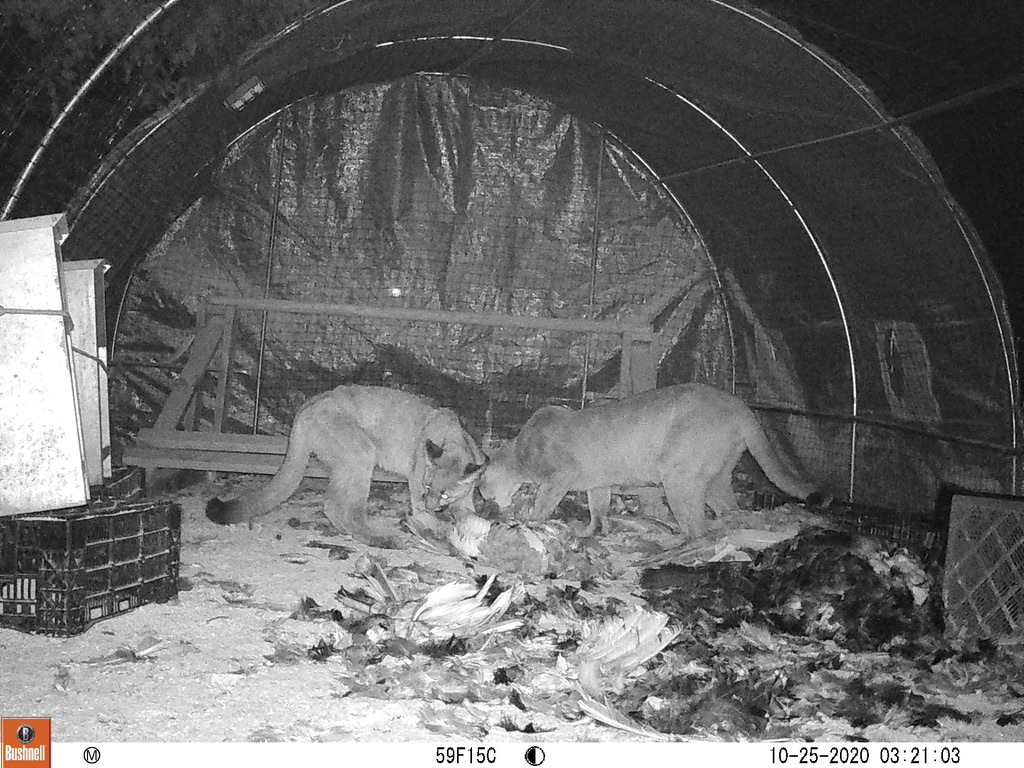 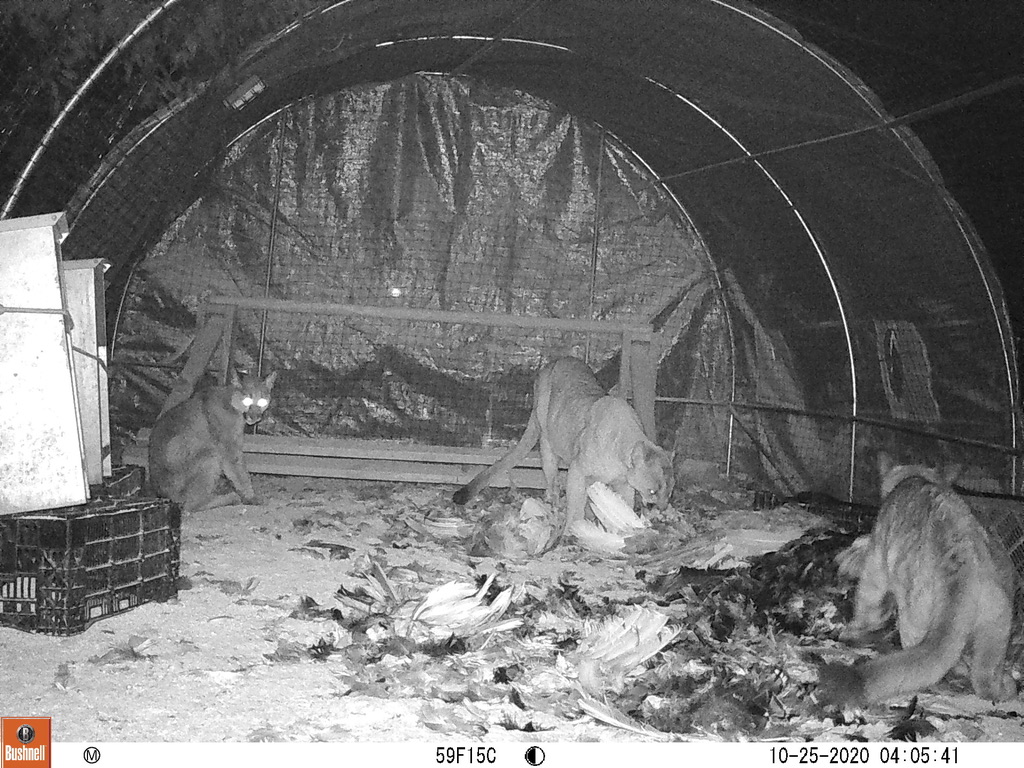 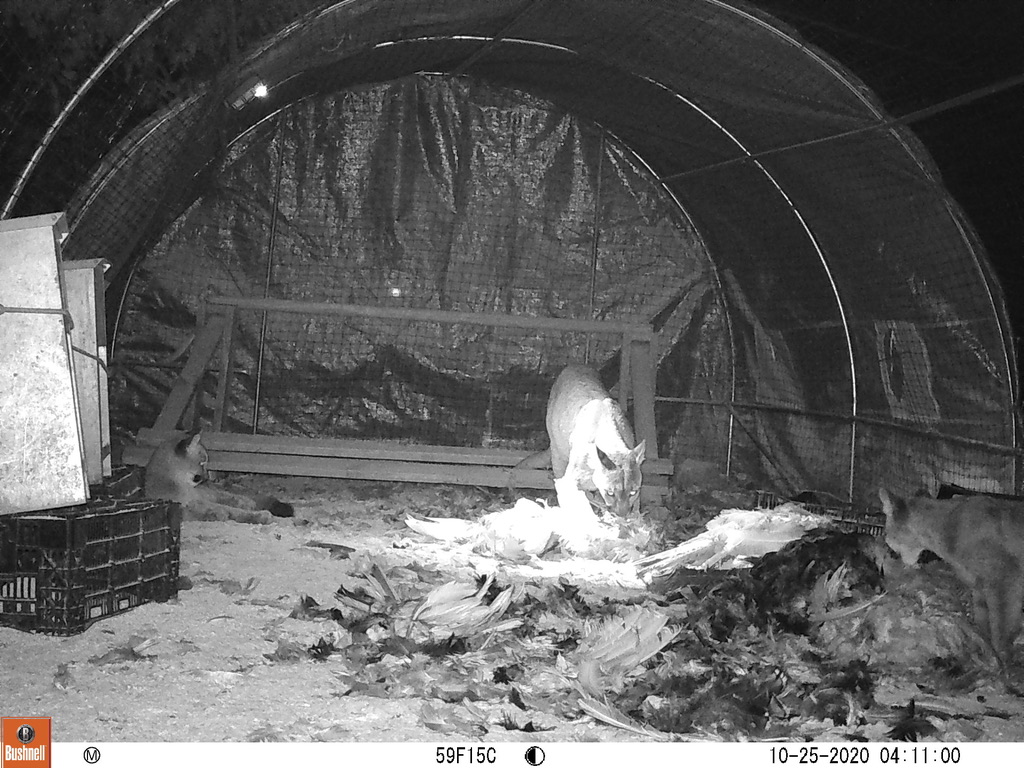 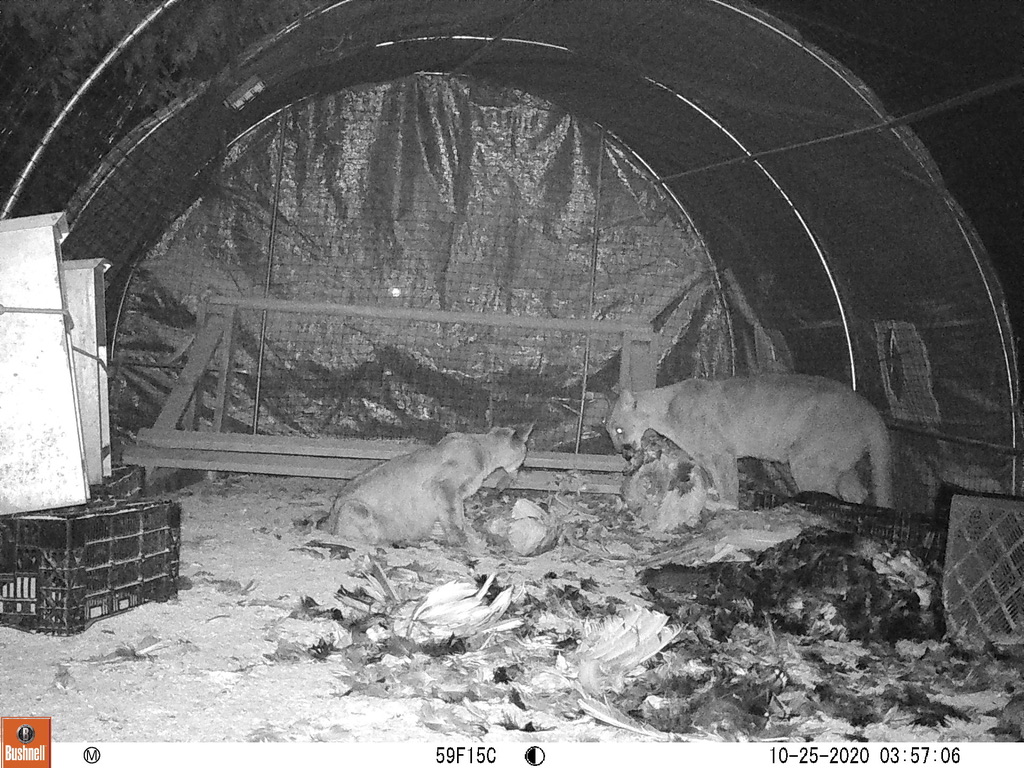 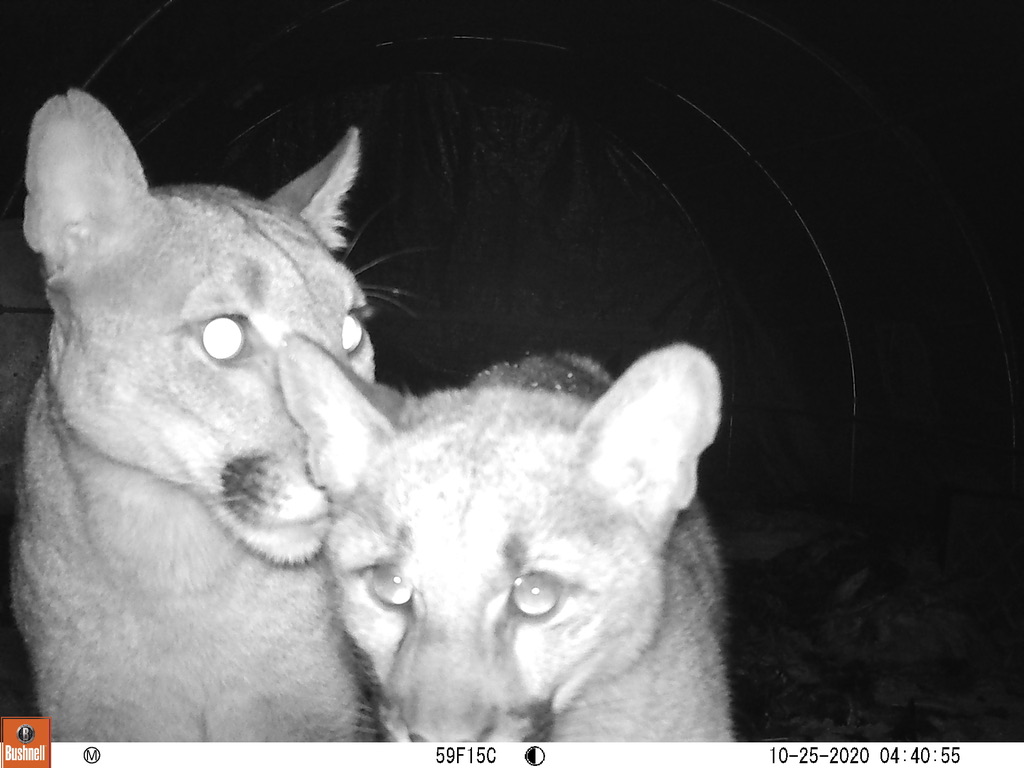 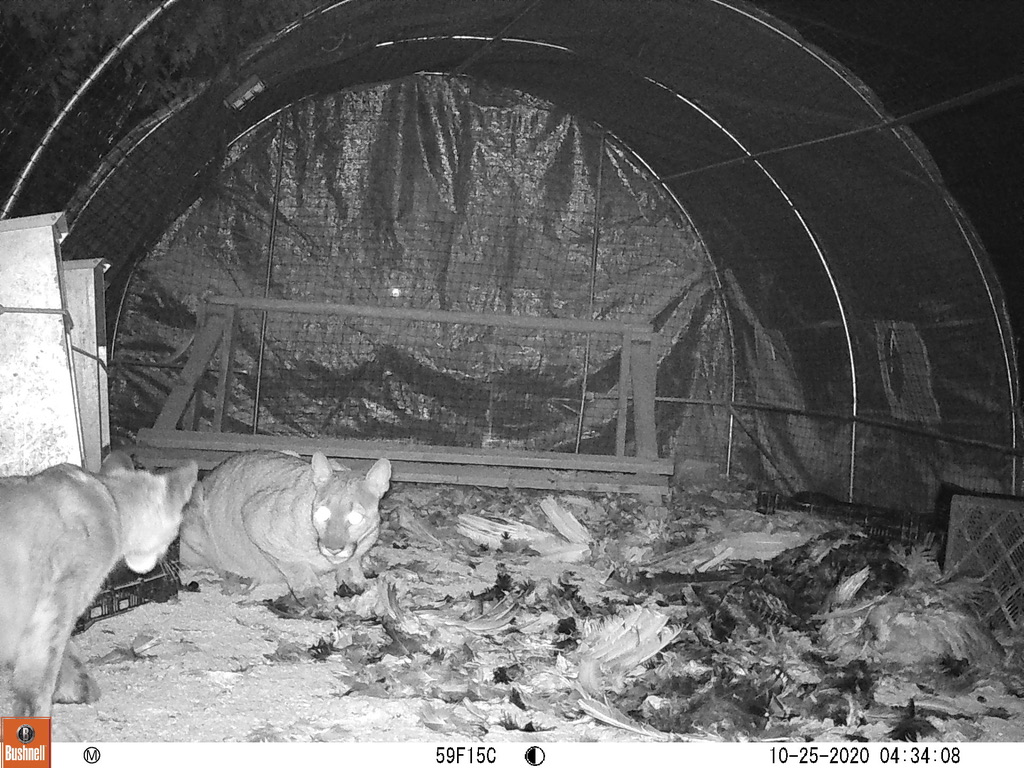 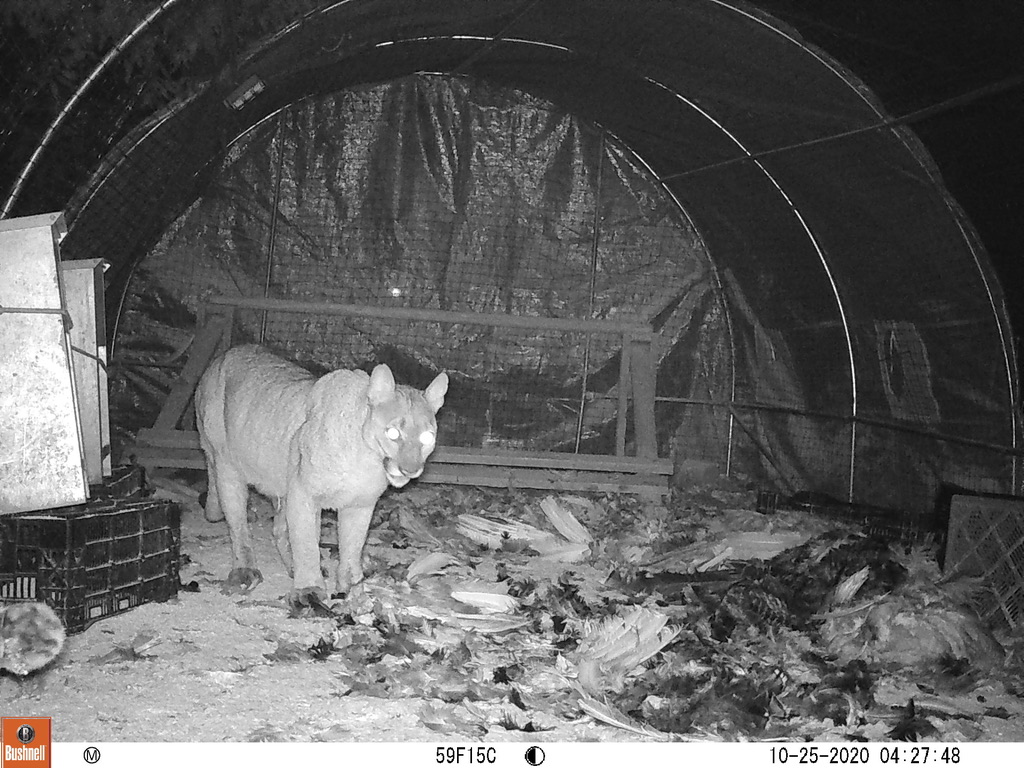 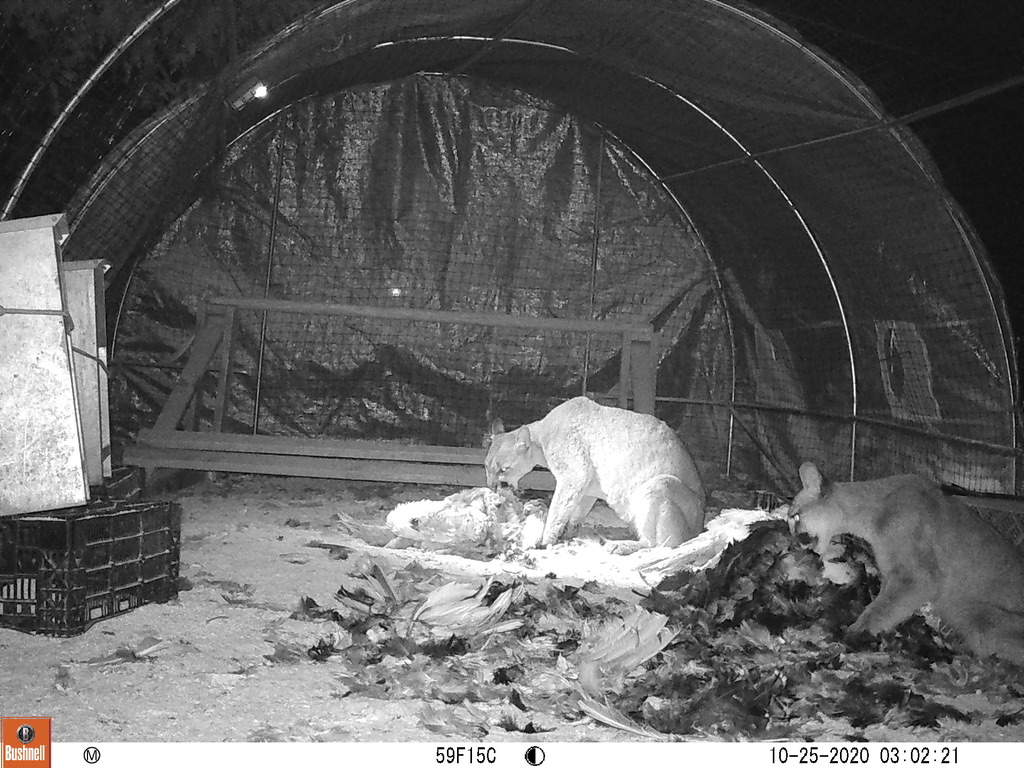 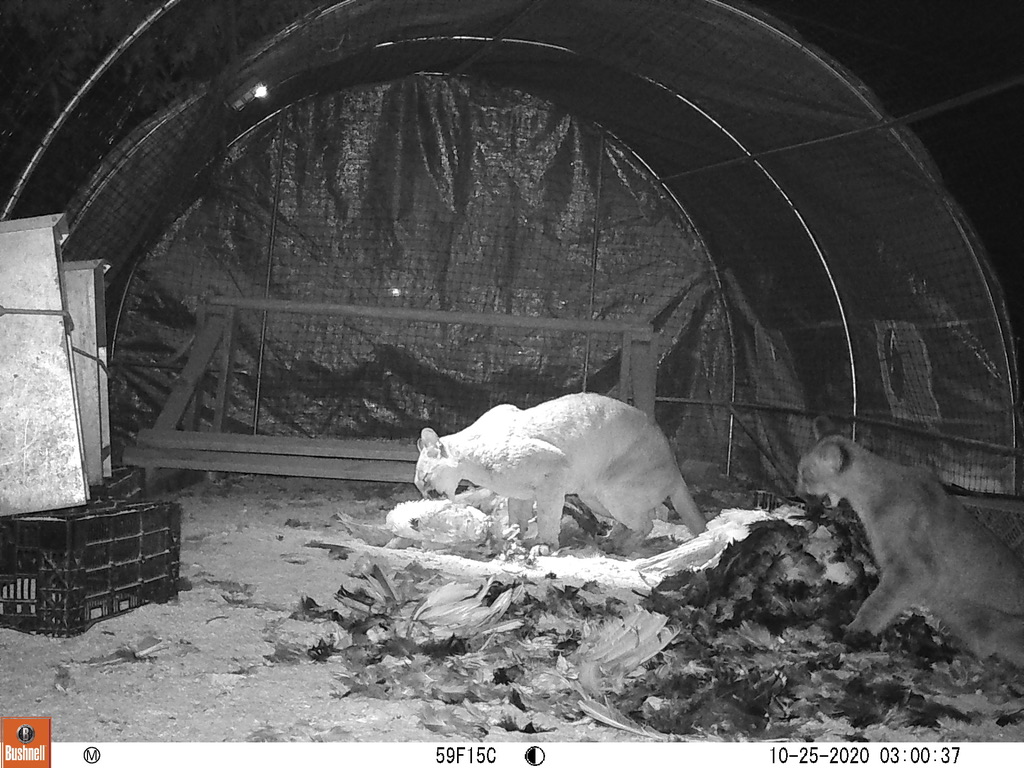 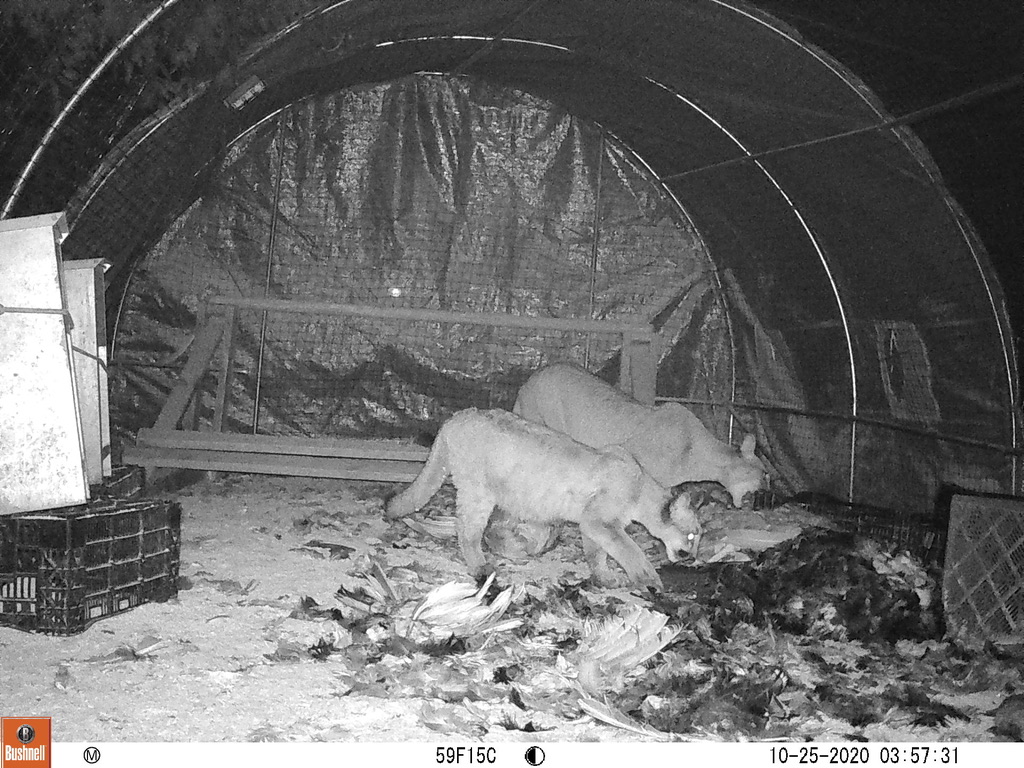 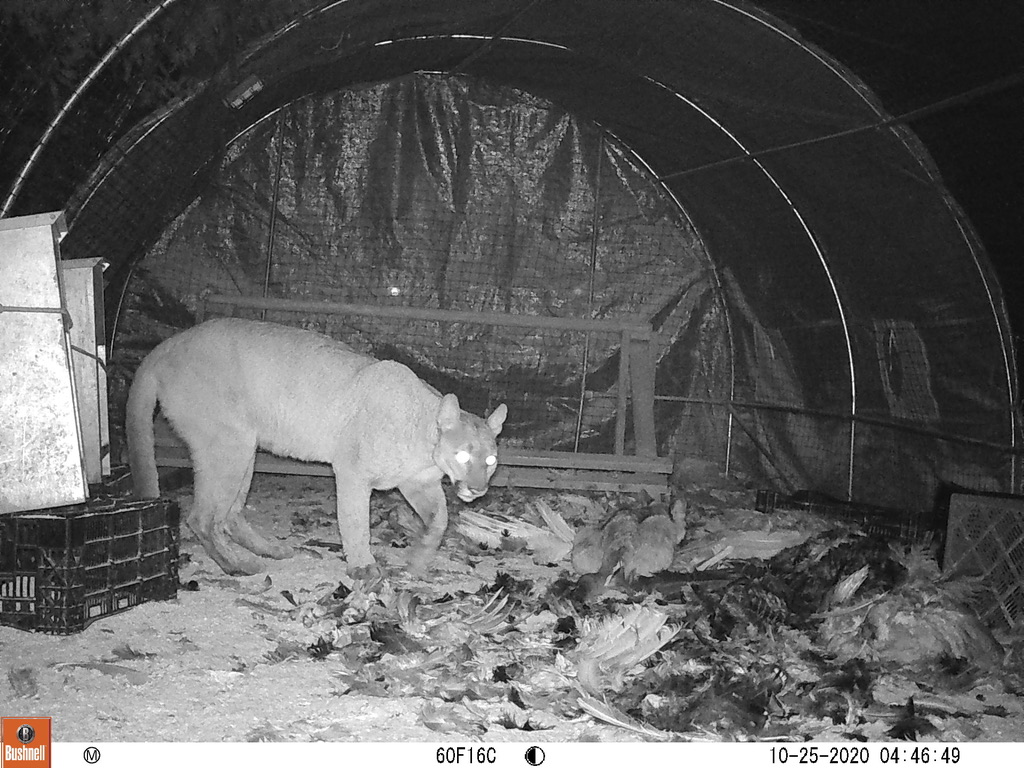 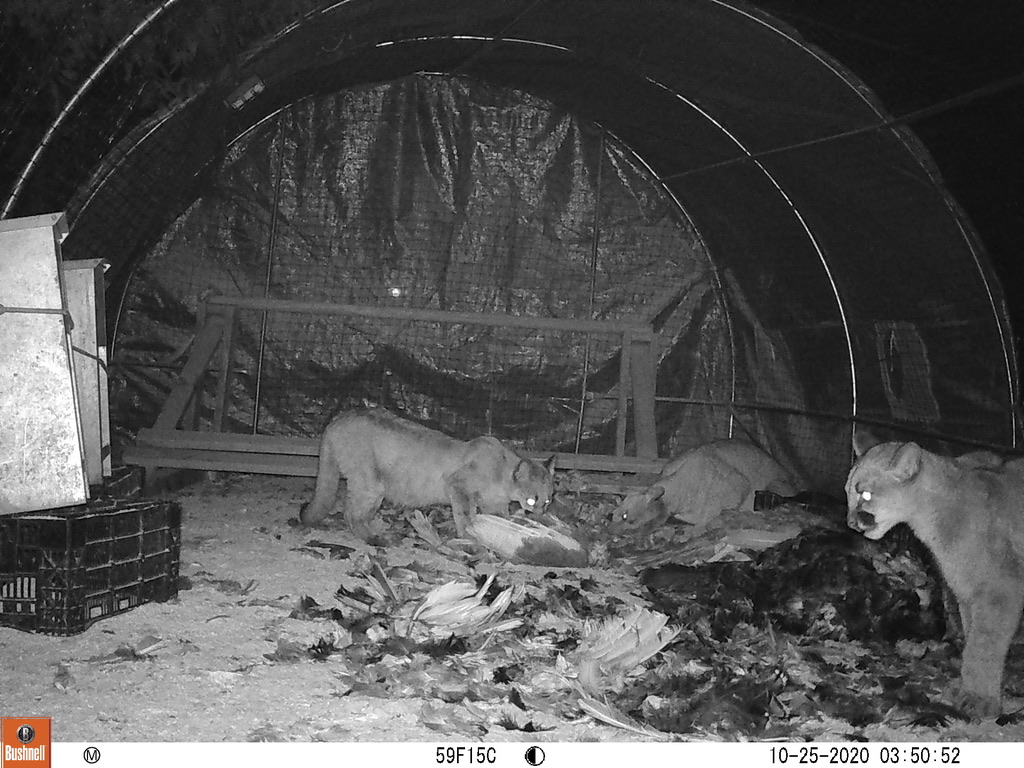 Some hunters might find it hard to believe that a saucer-shaped depression in a fresh layer of snow can arouse just as much excitement as the sudden appearance of a bugling bull elk—unless they were experienced mountain lion hunters. Then, they’d know the drill. The abrupt transformation inside the vehicle was certainly enough to startle Sam (as I’ll call him here), the out-of-state visitor riding in the back seat on the first morning of his...

This jogger proved bear spray isn’t just for bears. Donny Stone, an Alberta resident, was on a run in 2015 when he encountered two cougars on the trail. The excitement of spotting his first mountain lions quickly turned to fear as the big cats approached from behind. “I was expecting quite honestly for them to stay in the bush and watch me go by,” Stone told CTV News. “Had I not had that bear spray out with the safety off and ready to fire with...

Does Your Dog’s Nose Work Better Than a Grizzly’s?

Imagine a proud new dog owner bragging up their new pup—a hound like Mingus or a retriever like Snort. “My dog has a better nose than a grizzly bear,” he or she boasts. Should you believe them? After all, from the outside, a dog’s and a bear’s noses look very similar. Humans have bred dog specifically to trail scent. A bloodhound, for example, can detect odors several times more acutely than a run-of-the-mill pound puppy. But can a dog out-sniff...