Behind the Scenes of MeatEater Season 10, Part 2

MeatEater Season 10, Part 2 is live on Netflix right now. Here's a look from behind the lens at our most recent season. 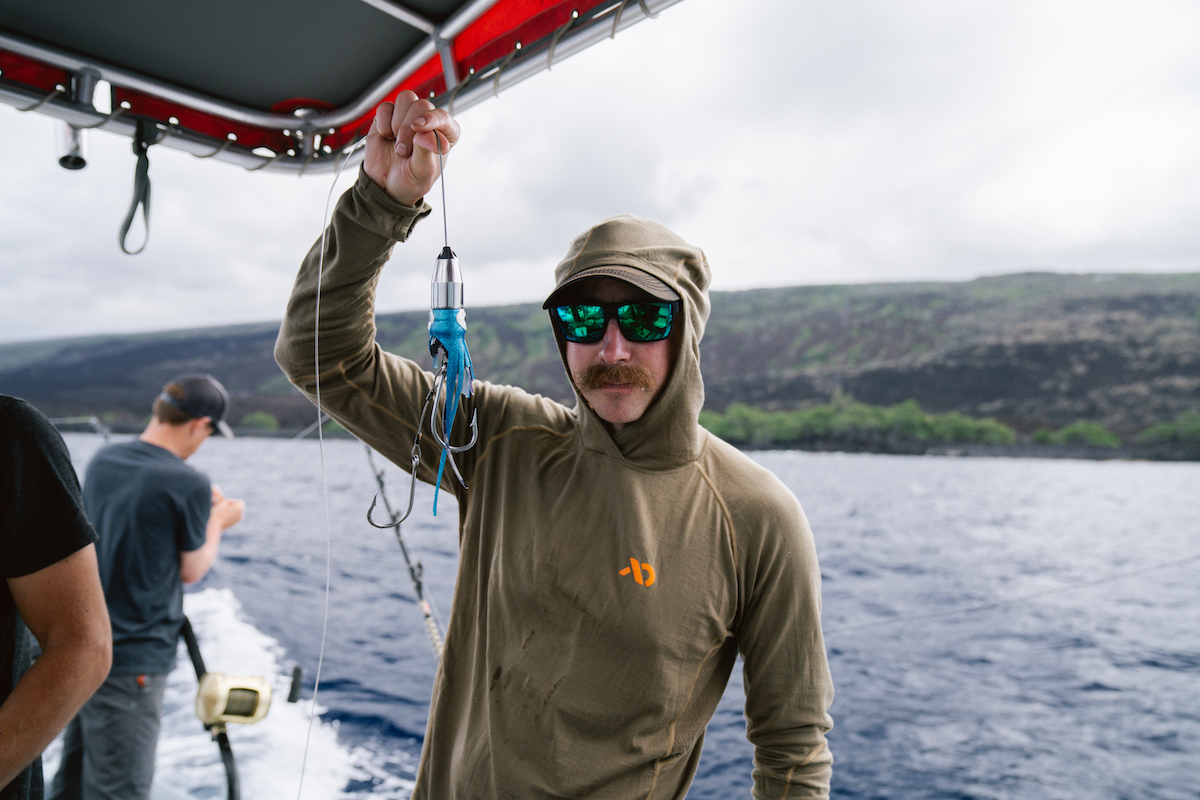 We found out that wahoo have some crazy sharp teeth. The skirt on the jig Cal is holding got bit off by an ono and it looks like someone cut it with a razor blade. 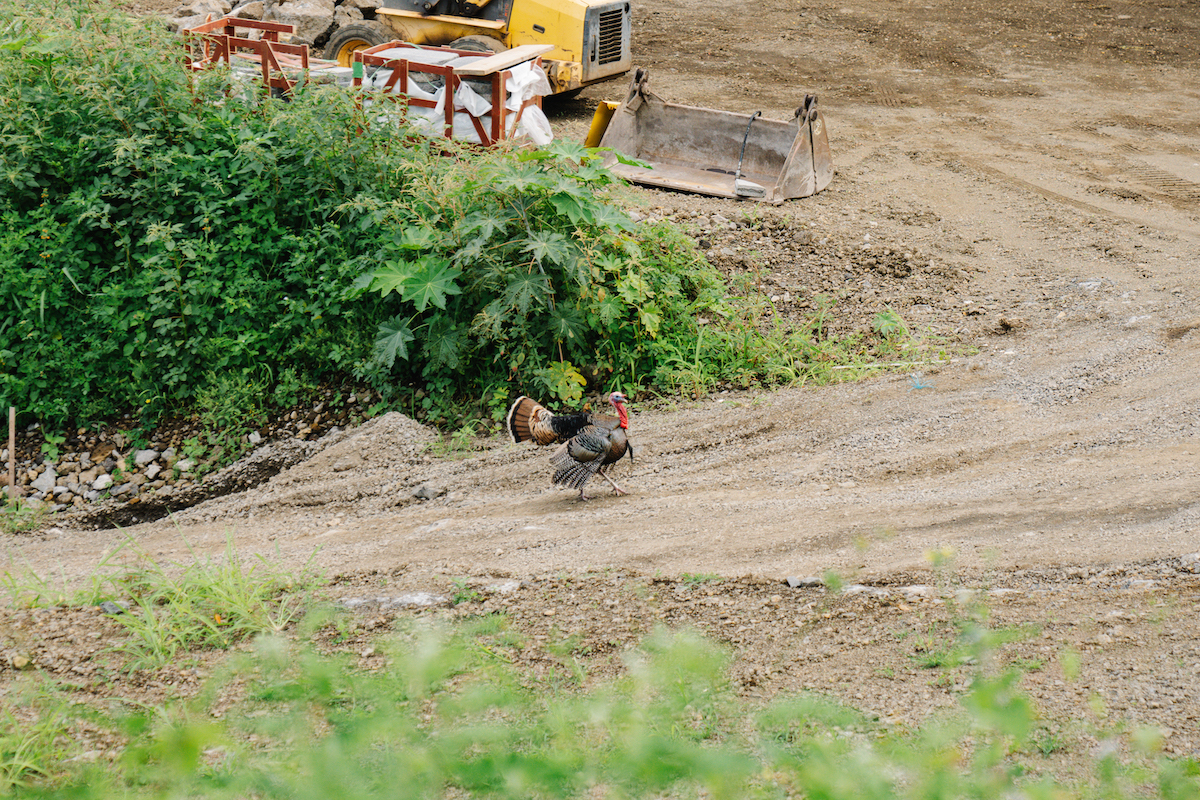 While filming the scene in Hawaii where Steve, Cal, and Danny were butchering the wahoo, we had to stop filming a few times because this turkey wouldn't stop gobbling in the background. 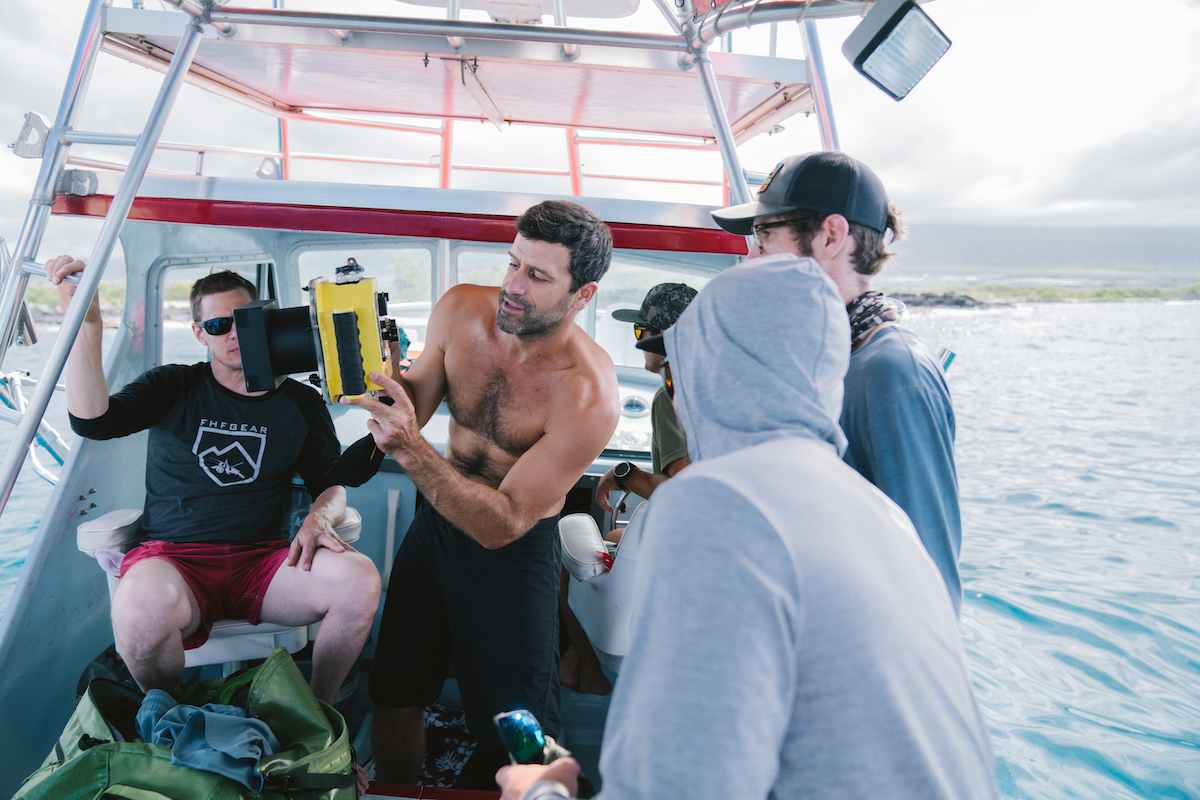 Kimi’s husband, Justin, shot all the underwater footage for the spearfishing episode. This is Justin showing us a really wild recording he captured of Steve, Cal, and Kimi. 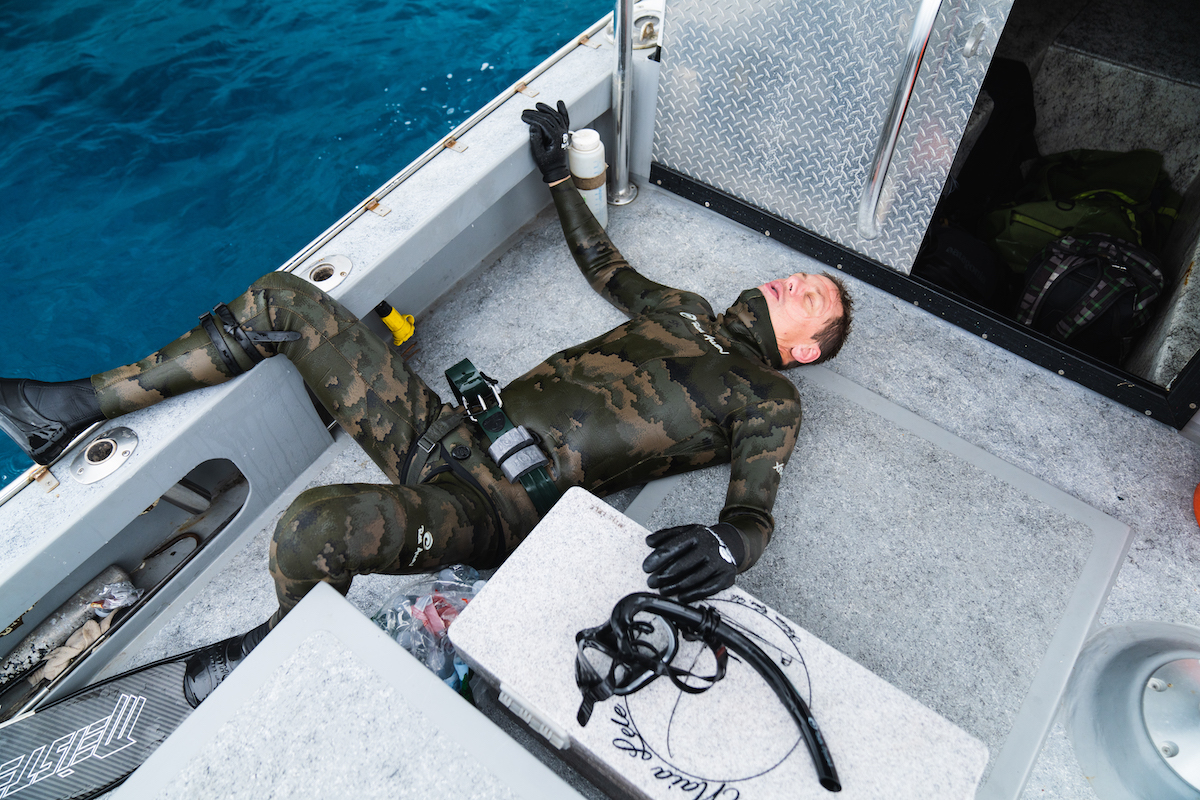 Being in the water chasing after fish for several hours can be exhausting. Here’s Steve demonstrating just how whooped he was. 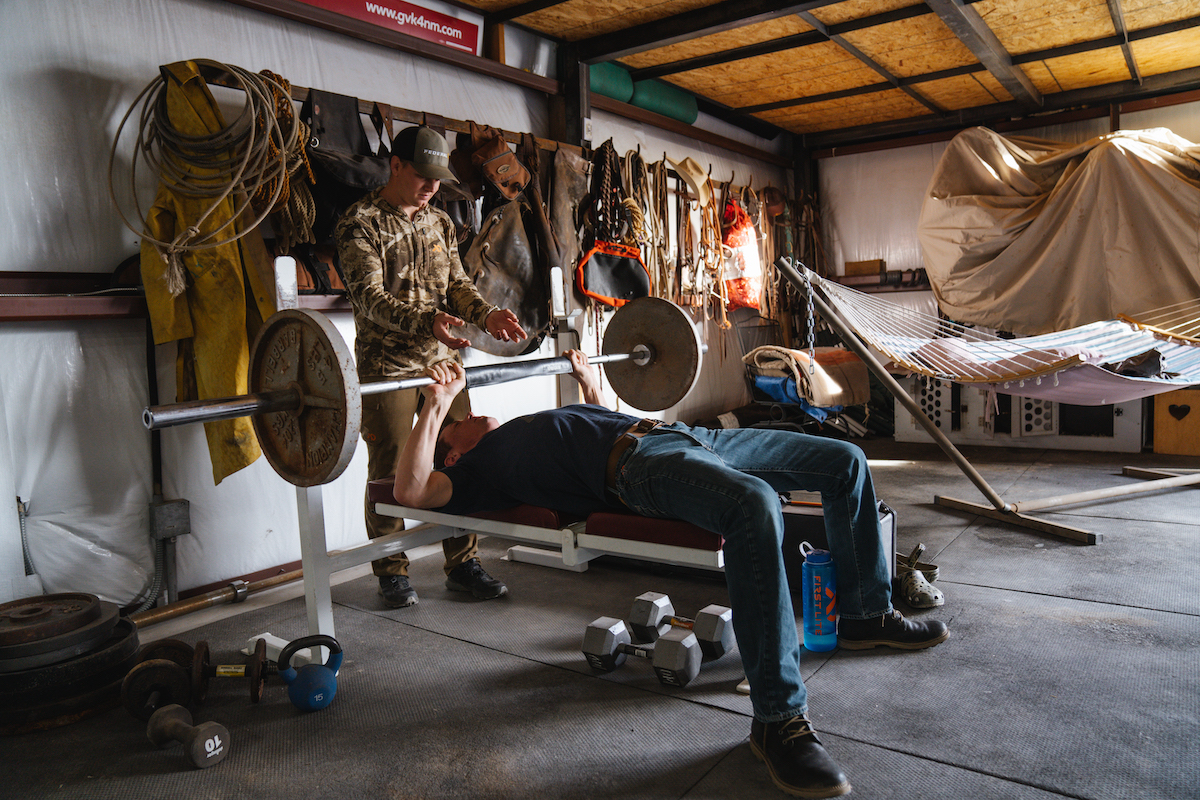 During the ibex hunt in New Mexico, the crew had a bench press competition while waiting for some food to cook. Here is Steve trying to beat Chester. Steve lost. 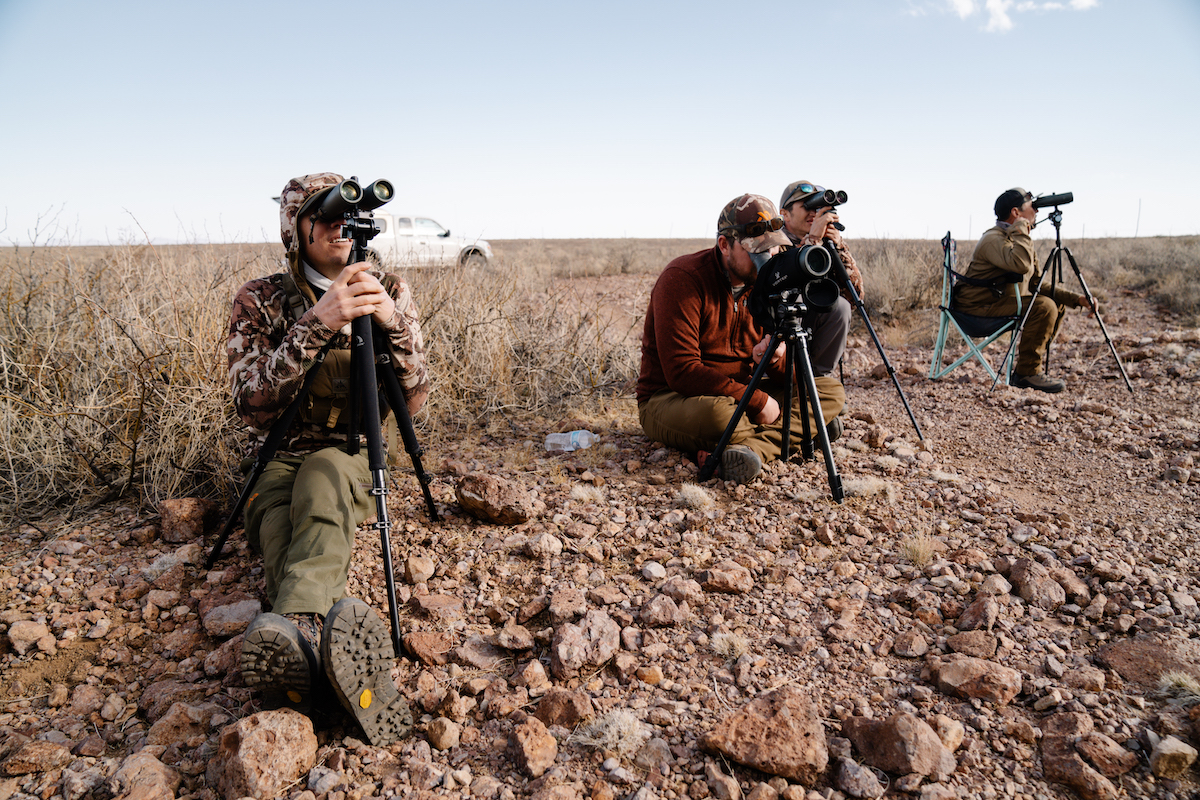 Ibex are small critters and can be hard to find while glassing from long distances. The crew was lined up and burning their eyeballs out looking for the little goats in the cliffs of the Florida Mountains. 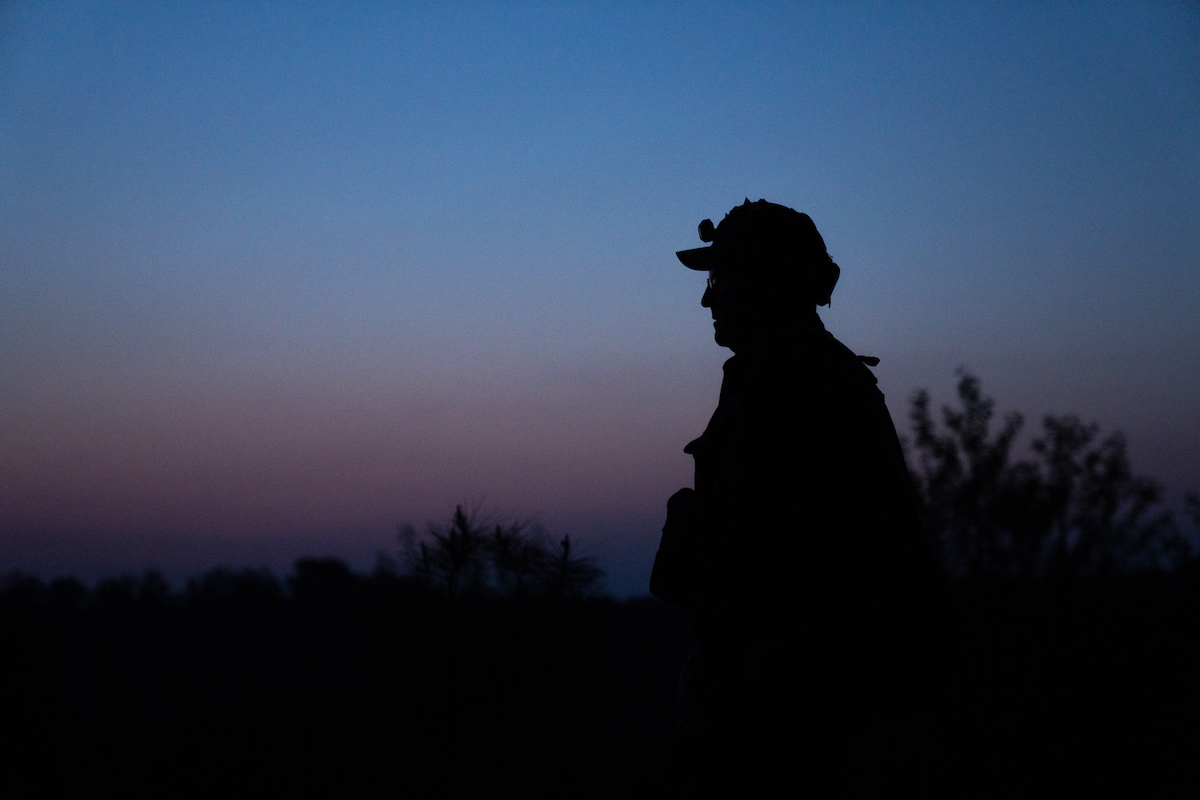 Robert Abernethy is exceptionally good at pinpointing where he heard a turkey gobble. Here’s Robert waiting for the day's first thunder in the pre-dawn light. 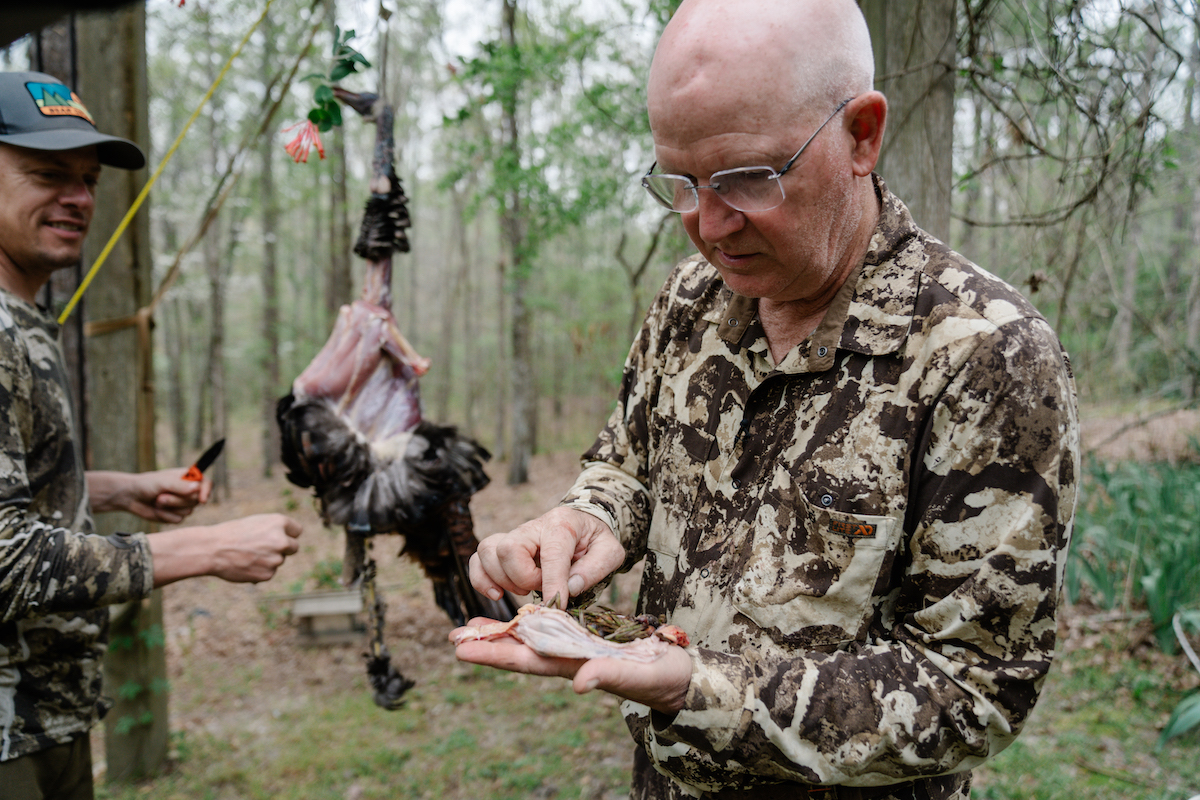 Robert goes through the crop of every turkey that he harvests to see what the bird was eating. It can be surprising what he finds. 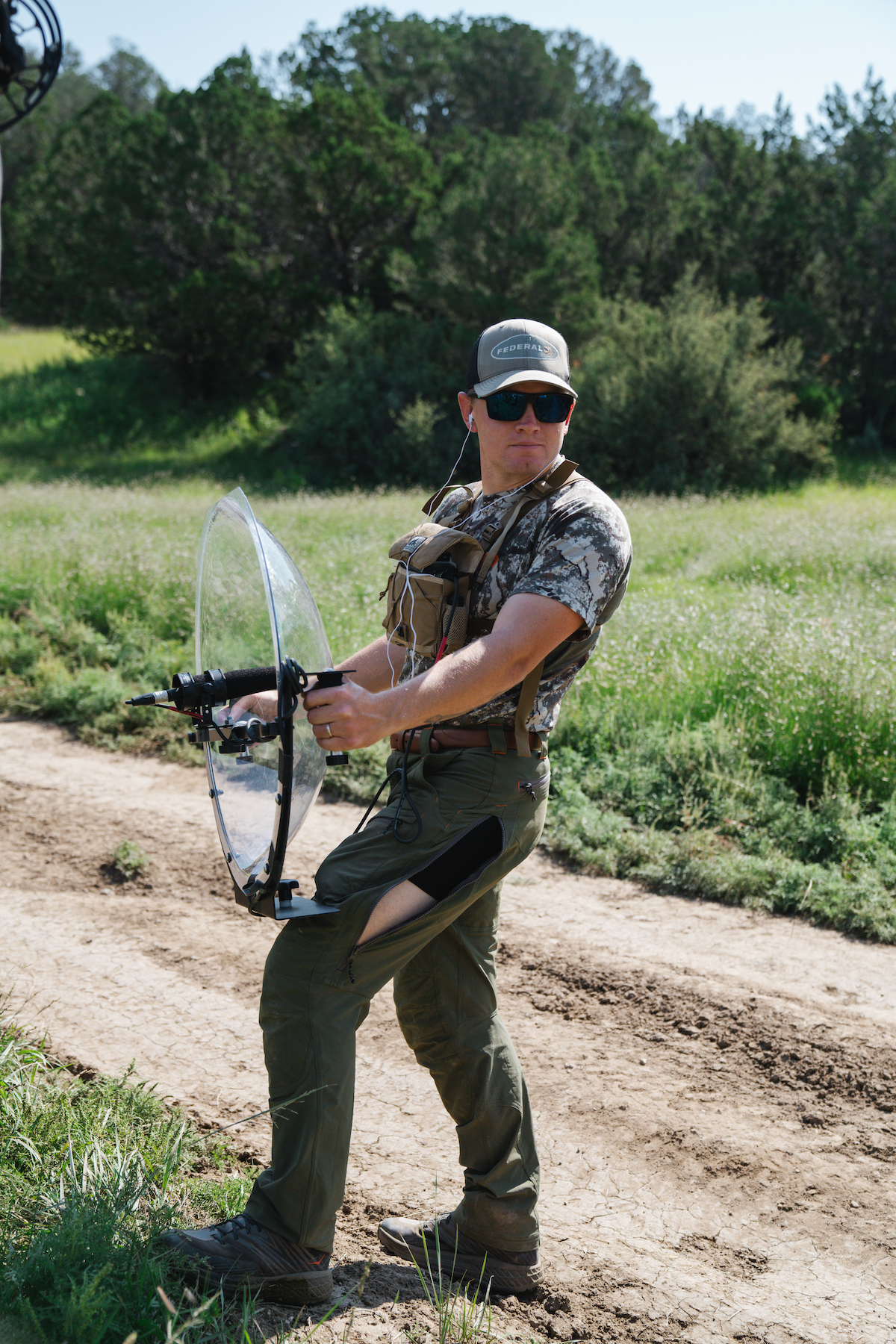 We brought one of those dome mics like you see on the sidelines of an NFL game to record elk bugles during the New Mexico elk hunt with Jason Phelps. Pictured here is Chester Floyd, our wilderness production assistant, capturing audio of bulls ripping off in the distance. 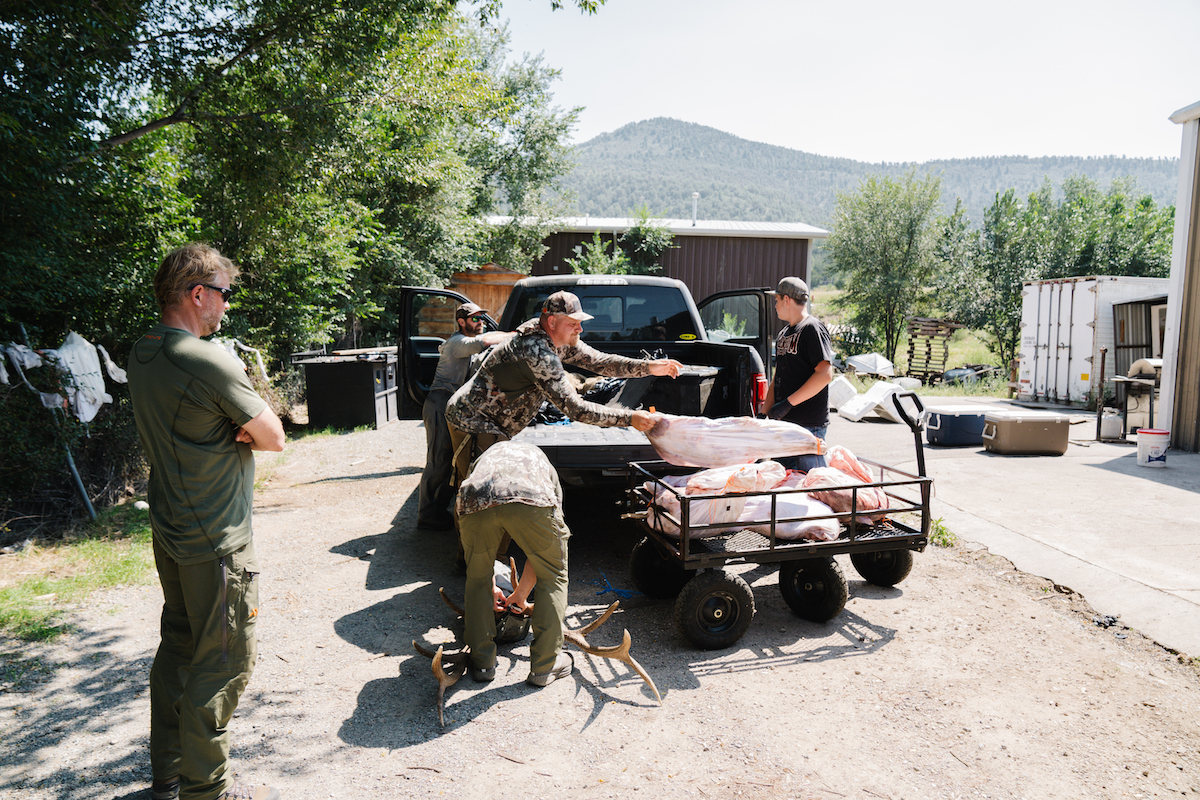 It was really hot out when we were hunting in New Mexico. The mercury read around 90 degrees the day Steve shot his bull, which meant the decay clock started ticking as soon as the animal hit the ground. It was all hands on deck to get the meat back to town to cool off. Here is the crew unloading at the local meat locker.

Behind the Scenes of MeatEater Season 10

MeatEater Season 10, Part 1 is live on Netflix right now. So much goes into each 20-minute episode, but we can’t show you everything from every adventure. Here’s a behind-the-scenes look at what you might have missed. From Episode 1. Hunting clothes drying out on Luke Combs' tour bus after a morning hunt at antelope camp. That's a big, fancy, expensive clothesline. From Episode 1. Dan Isbell is one hell of a storyteller, and he told a lot of...

Looking Back on 10 Years of MeatEater

MeatEater just launched Season 10, Part 1 on Netflix. We didn’t know what we were doing or where it would lead when we first started making MeatEater. All we knew was that we had faith and passion, and we figured that was enough. Looking back over the last 10 years, I can’t believe we made it this far. The places we’ve seen and the people we’ve met along the way are invaluable. I’ll never forget them. But there’s no one out there who matters more...

Part 1 of the new season of MeatEater with Steven Rinella is now available on Netflix! Steve heads out on new adventures in Wyoming, Montana, Texas, Pennsylvania, and Arkansas, and is joined by friends like Luke Combs, Clay Newcomb, and Janis Putelis. Stay tuned for more from Season 10—we'll be dropping behind-the-scenes content all week long. For now, you can explore our gear lists, First Lite kits, and watch Seasons 1 through 6 on our website.