Last month we introduced the official MeatEater Hunting Scandal Assessment Chart. We consider it our guide for separating the bullshit from actual hunter wrongdoing, and will bust it out every time a sportsman starts making headlines for the right or wrong reasons.

Although the sleeping lion sounds like a submission move from your favorite ’80s wrestler, it’s currently trending on Twitter for more insidious reasons: A hunter killed a sleeping lion.

The incident was captured on video in 2011, but was recently released by Protect Wildlife and distributed by outlets like Yahoo, DailyMail and Unilad. The hunter was outed as Guy Gorney of Manhattan, Ill., who has withdrawn from social media since his name became public.

This isn’t the first time Gorney has been in the national spotlight for hunting in Africa. In 2015, he boasted to CBS of killing at least 70 big game animals, including elephants, rhinos, hippos and leopards.

“When I killed that buffalo that had hurt somebody, the people that had benefited from the death of that animal cheered. Clapped,” Gorney told CBS. “The ‘why’ is just the—I call it the adventure of it. Same reason Teddy Roosevelt did it.”

Gorney came off pretty tone deaf in the interview, struggling to understand how straddling an African icon for photos can amass negative reactions.

“I don’t see the logic of making a physical threat against somebody who’s proficient with firearms and wouldn’t hesitate to defend himself or his family. It’s like, are you insane?”

As for Gorney’s 2019 scandal, we’ve determined that he should just slip into the shadows and take the “L” on this one. Pumping three shots into a sleeping big cat on video has really bad optics, and is the kind of attention for the hunting community that threatens to sink the boat. 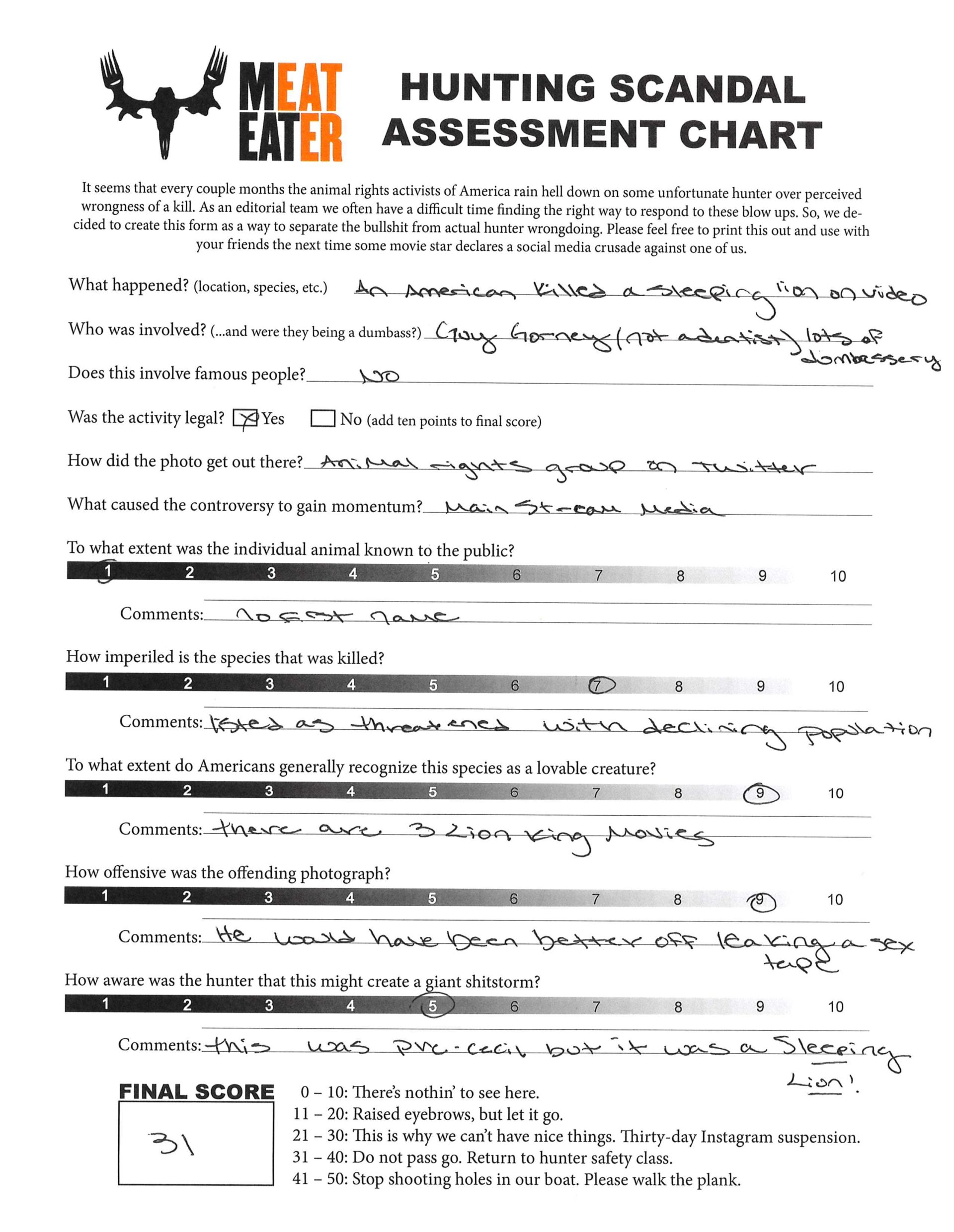 The Worst Dick Moves a Hunter Can Make

According to the Urban Dictionary, a dick move is defined as “an action by one male to another male friend which violates understood social expectations, especially where the transgressor obtains a slight advantage in comparison with a relatively large inconvenience imposed upon the aggrieved party.” Example: Tom and Bill were both interested in the same girl at the bar; when Tom falsely insinuated to the girl that Bill had erectile disfunction...