On Feb 22, Brady Stanford crushed the meanmouth bass world record with a fish weighing in at 11 pounds, 1 ounce and measuring 24 ¾ inches long. Meanmouth are a hybrid of largemouth and smallmouth bass.

Last March, Wyatt Frankens briefly gained the world record title with a fish of 7 pounds and 9 ounces. This January, Brandon Burks broke the record again with a catch of 8 pounds, 8 ounces.

However, Burks was using an Alabama Rig that included five hooks, while the International Game Fish Association (IGFA) only allows three for record consideration. His fish did not qualify for the books.

Every one of these bass was caught in O.H. Ivie Reservoir, aka the Texas Bass Factory. 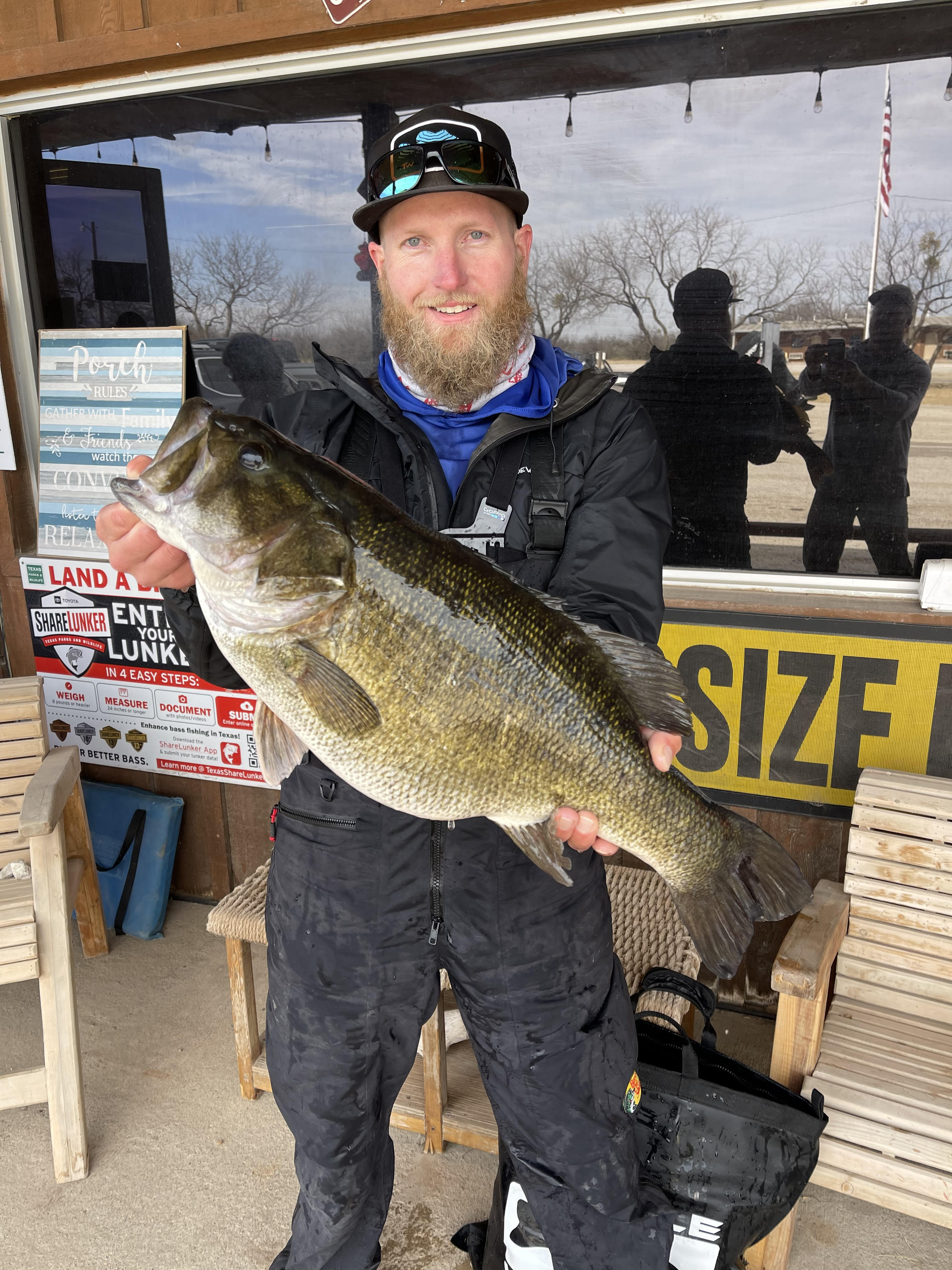 Current world record holder Frankens predicted this run of records in a previous interview with MeatEater discussing his catch: “The other dot I saw out there was just as big, if not bigger. So, there’s a record out there to be broken, and it’s likely going to happen on O.H. Ivie. I don’t know anywhere else in the country that can produce that caliber of that species.”

Meanmouth bass have one smallmouth and one largemouth parent, and their moniker is no coincidence–apparently, they’re a particularly feisty fish. And while other species of bass also hybridize, the meanmouth isn’t sterile like most hybrids–and the healthy number of them caught out of O.H. Ivie is a testament to that fact.

While moving across the flat channel, Stanford saw three fish pop up on his active target sonar. He made a cast at them and one took the bait.

“Once I got it in the boat and saw the size of the fish, I realized what it was. It didn't really fight that hard. I didn't expect it to be as big as it was,” Stanford said. 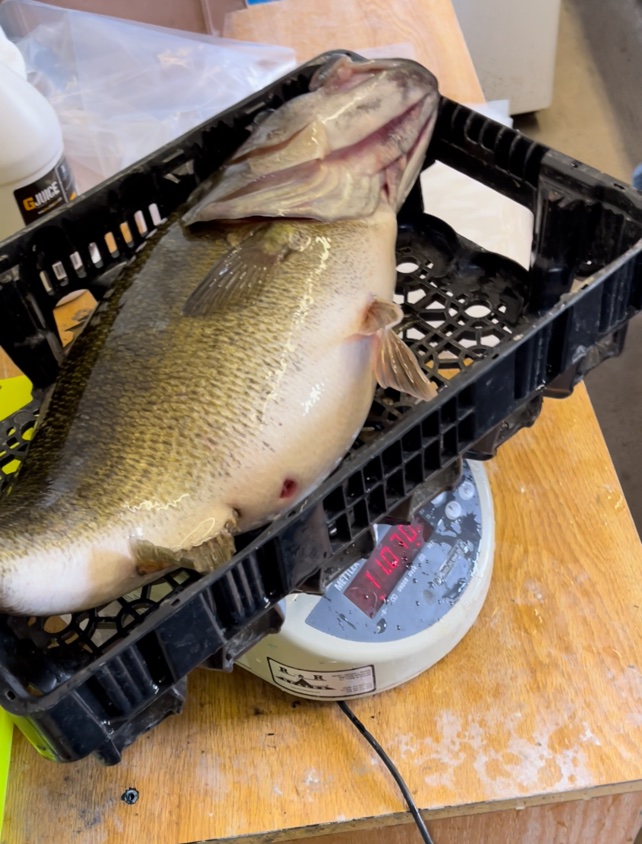 Stanford is currently between jobs and taking full advantage of the freedom by spending as much time on O.H. Ivie as possible with his dog and dedicated fishing partner, Spence. As a Midland local, he’s been fishing the reservoir for more than 20 years.

“I’m also in the process of moving from Midland to New Braunfels, and O.H. Ivie is halfway between the two, so I stop by the lake to fish each time I move a load to my new house,” Stanford said. “That’s what I was actually doing the day I caught that fish, I was headed back to Midland from New Braunfels and stopped to fish for a few hours.”

It’s difficult to say how long this record will stand. Just two days after Stanford’s catch, another angler caught a 17-pound largemouth in O.H. Ivie, breaking the lake record and ranking 7th all-time in the state of Texas.

“The size of the largemouth in that lake, it wouldn't surprise me if there was one [meanmouth] over 13 pounds,” Stanford said. 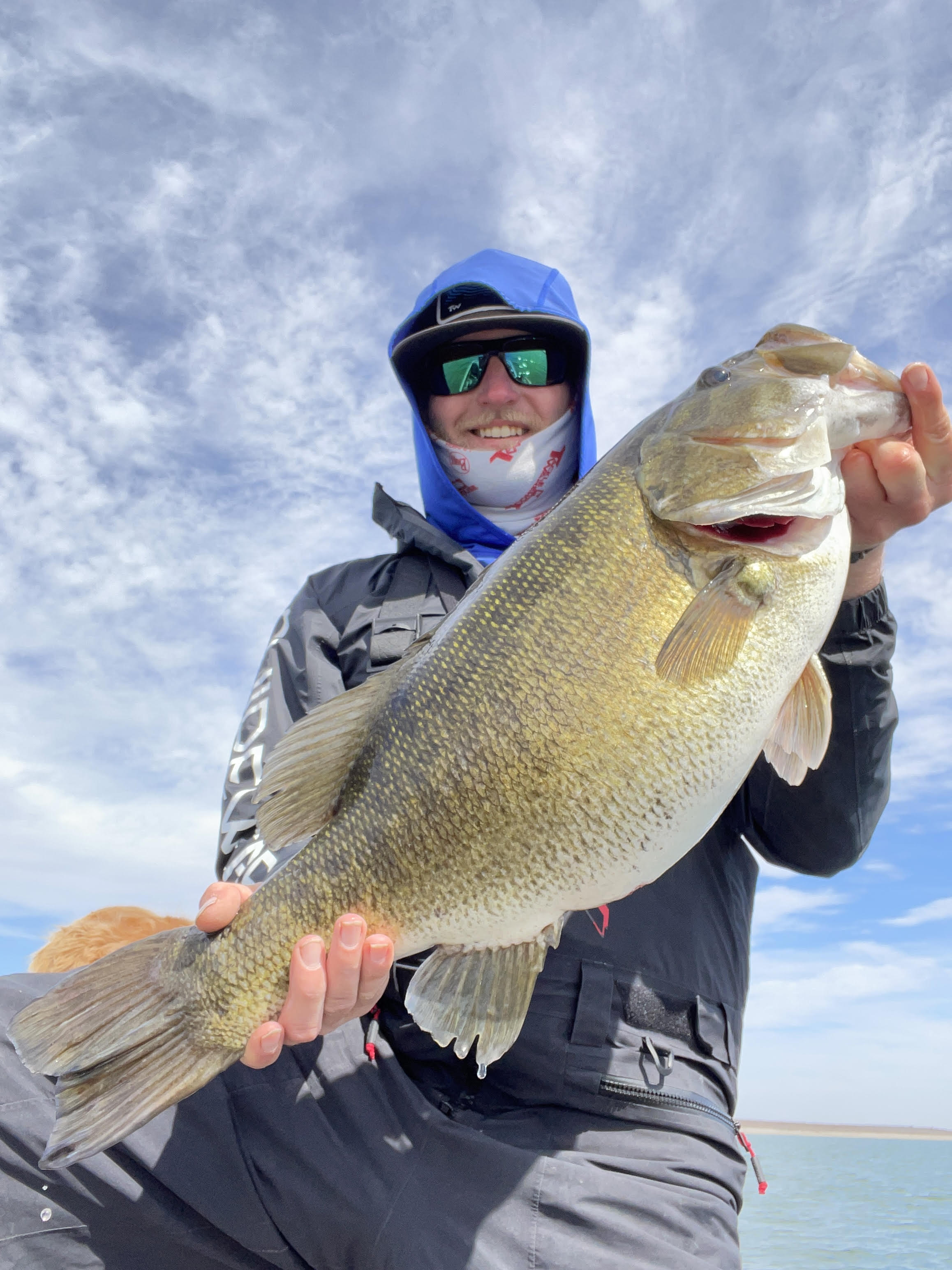 Stanford doesn’t officially hold the world record yet because it’s pending the results of a genetic test from Texas Parks and Wildlife to confirm the fish as a meanmouth.

“Parks and Wildlife came and clipped a little piece of the fin and then I released her back to the lake,” Stanford said. “She was full of eggs too, and now she can get bigger and somebody else can catch her.”

I’ve traveled all over the world to fish, but I call the Northeast home. And what I’ve learned in all those years on the road is that I don’t think I could ever stop calling the Northeast home. Yeah, it’s crowded and noisy, the taxes are insane and the highways are clogged, but it’s tough to beat the variety of species available within a few hours in any direction. Showcasing this variety was one of the big reasons I was so pumped for Das Boat to...

Video: A Guide to Spearfishing with Kimi Werner

For me, spearfishing is so much more than just a hobby or a passion. I use it to feed myself and my family, to further my love for and deep connection with the ocean, and to constantly challenge myself. It's a way of life. I want to share this knowledge and opportunity for adventure with anyone who is willing to learn. In this video, I explain the three styles of spearfishing that I use to harvest fish of all sizes: Three-pronging or pole...

The Good, The Bad, and The Ugly of Fish Hatcheries

Human beings are capable of great things. We erected our own massive metropolises, put a man on the moon, and even invented the freaking internet! But we’ve done some terrible things as well. In our haste or perhaps our hubris in trying to mold this world, we have often hurt it. Our forefathers shaped the natural world to fit our needs and didn’t consider the effect such actions would have on nature. Trees were cut down, rivers dammed, and entire...