The Indiana State record for burbot has been broken not once, but twice in the past two weeks.

The first time happened on Dec. 30 when avid angler Scott Skafar caught a burbot that weighed 10.2 pounds on Lake Michigan. This catch broke the previous state record that had been in place since 1990 by 2.5 pounds. Later that day Skafar reeled in a second burbot that was also larger than the 1990 state record by nearly two pounds.

Skafar, of Valparaiso, decided to look up the state record because he knew that to catch a burbot that large was uncommon.

"When first catching them I didn’t think much of it," Skafar told Fox News Digital. "I checked the record using my mobile phone to look it up. Seeing it was only 7 pounds, 11 ounces, I knew these were much larger.” 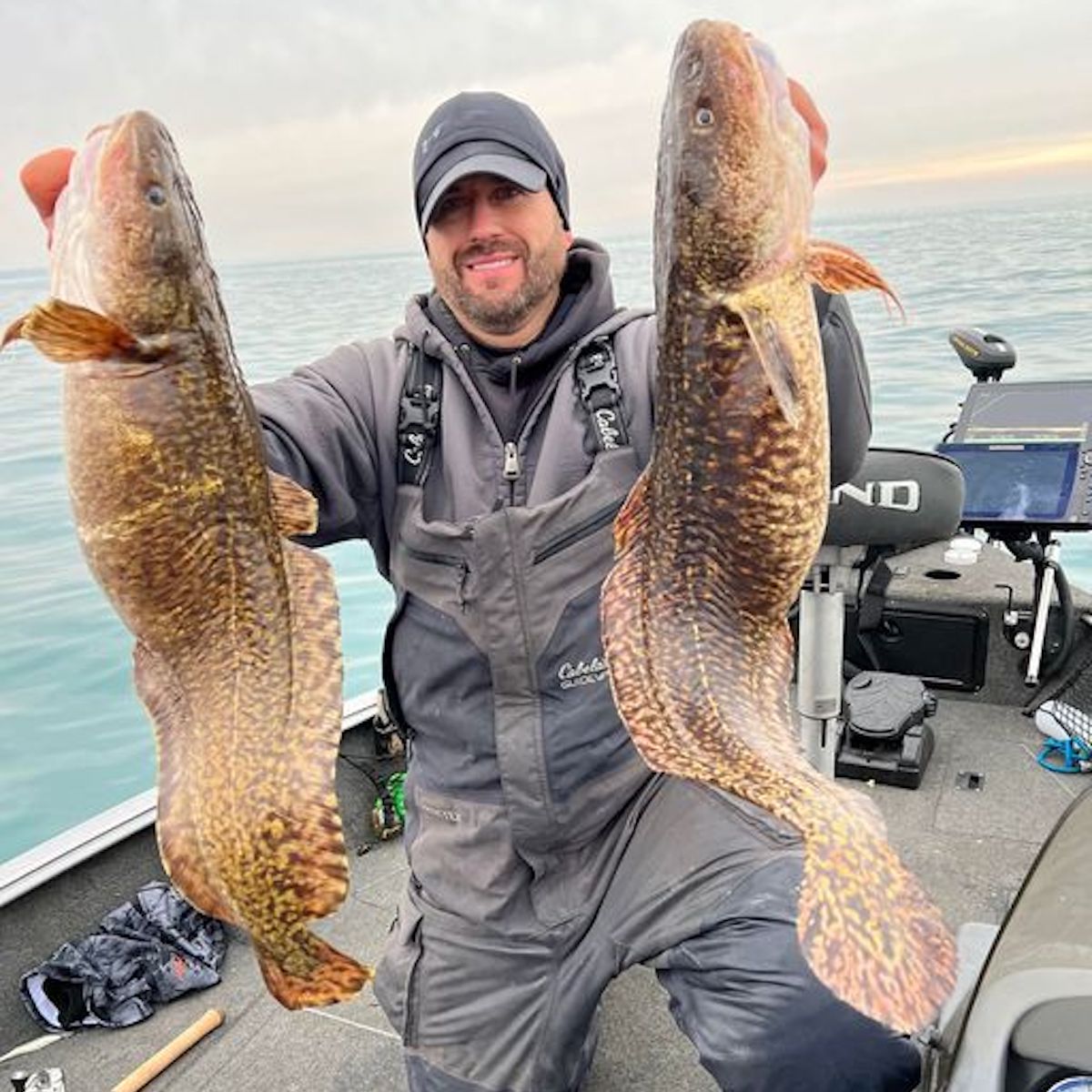 With an appearance best described as a cross between a catfish and an eel, the burbot has an elongated body, laterally compressed with a flattened head. The mouth is wide, with both upper and lower jaws containing many small teeth. Also known as eelpout, lawyer, ling, poor man’s lobster, or freshwater cod, they can be identified by a single chin barbel or whisker, similar to catfish whiskers. As the only freshwater fish in the cod family, burbot is a unique species native to Lake Michigan. They live under the ice for portions of the year and require frigid temperatures to breed.

On Tuesday, Jan. 10, Phillip Duracz broke Skafar’s record, when he reeled in a burbot weighing 11.4 pounds, also from Lake Michigan, the DNR reported. 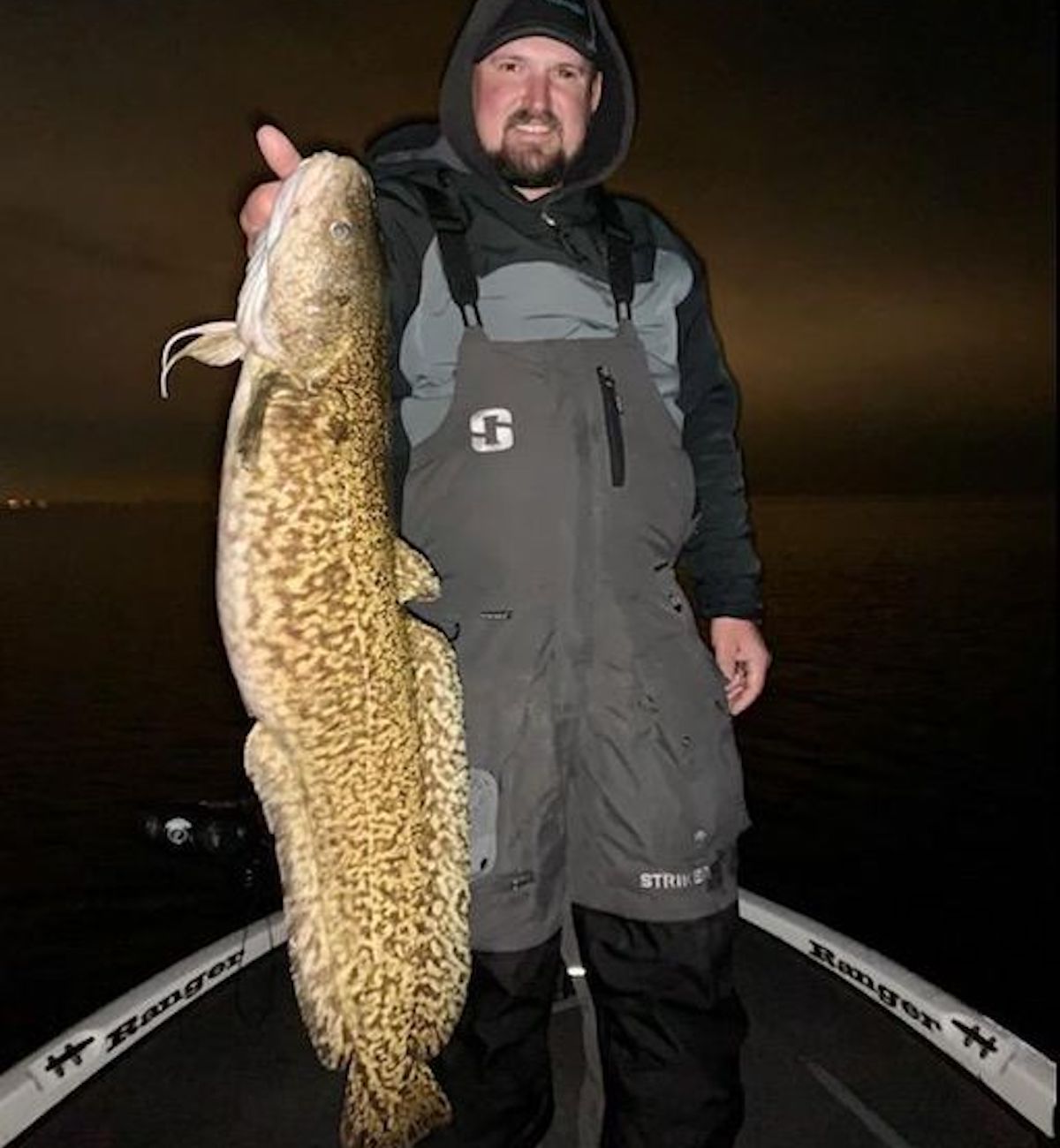 Duracz with his record-breaking fish.

Duracz also holds the lake whitefish record at 9.34 pounds, which he set in 2021.

Burbots are typically bottom dwellers that stay in the lake’s coldest and deepest waters. The Indiana Department of Natural Resources (Indiana DNR) said that cold water temperatures from November to April draw the burbot closer to shore to feed. Their diet includes round goby, sculpin, yellow perch, and other fish species.

”The recent warm weather coupled with light winds has provided excellent opportunities for anglers to fish Lake Michigan at a time they are usually unable to safely access the lake,” Ben Dickinson, a fisheries research biologist said.

Burbot is also excellent tablefare, click here for cleaning tips and click here to learn a thing or two about catching these freshwater cod.

The longest-standing record in Colorado, a 7.63-pound brook trout caught in 1947, was once widely considered unbreakable. George Knorr’s mid-century catch has been shrouded in mystery for decades, achieving a near folklore status amongst Colorado anglers, many of whom suspect foul play. Some say Knorr had secret brook trout ponds that he beefed up with buckets of dog food. Others report that he would ride his horse to high-mountain lakes, trot...

On Feb 22, Brady Stanford crushed the meanmouth bass world record with a fish weighing in at 11 pounds, 1 ounce and measuring 24 ¾ inches long. Meanmouth are a hybrid of largemouth and smallmouth bass. Last March, Wyatt Frankens briefly gained the world record title with a fish of 7 pounds and 9 ounces. This January, Brandon Burks broke the record again with a catch of 8 pounds, 8 ounces. However, Burks was using an Alabama Rig that included five...

On October 28, Rick Nicholson went fishing with his son on the Youghiogheny River. A typical outing for the residents of Connellsville, Pennsylvania, quickly became a once-in-a-lifetime experience when he hooked into a fish that broke the state's walleye record that stood for 41 years. Nicholson, who often goes by his nickname "The Breeze," has fished this river for most of his life—his father taught him there, and he now frequents the area with...