Wyatt Frankens headed out to O.H. Ivie Reservoir on March 1 with his buddies because it’s been a “hot lake” lately, producing lots of big fish. The initial hours were slow, but they started getting things dialed in using Garmin LiveScope forward-facing sonar.

Frankens was fishing with a 6-inch Megabass Magdraft swimbait rigged on a ¾-ounce Jenko swimbait head. They were fishing in 40 feet of water, 20 feet above the tops of some flooded trees. When Frankens saw two dots appear on the sonar, he made a long cast and hooked into a world-record bass. 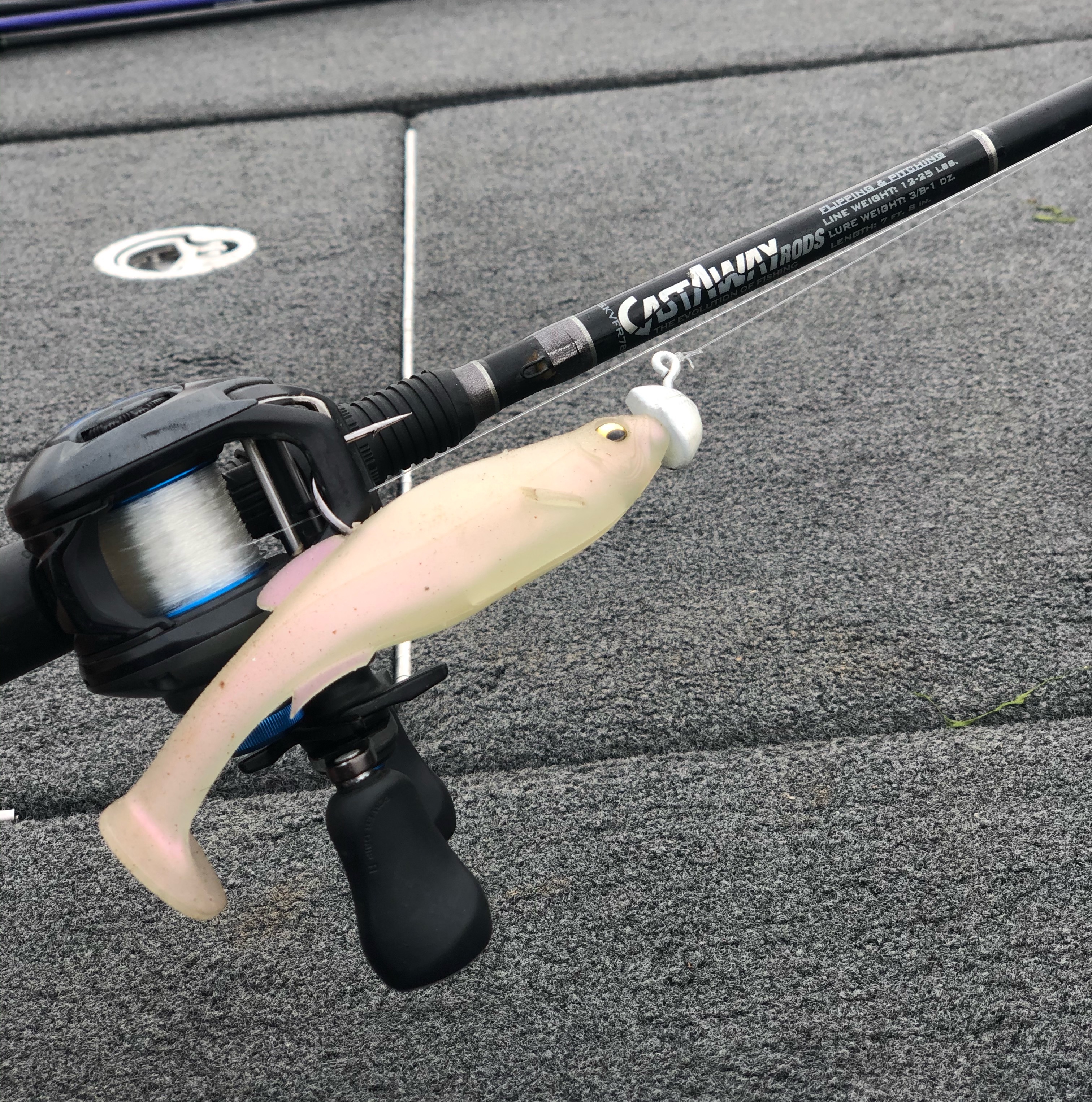 “It was a really strong fish,” Frankens told MeatEater. “Got her in the boat and we didn’t really know what we had.”

Although Frankens assumed he had caught a big smallmouth bass at first, locals informed him that he likely caught a “meanmouth” bass—a smallmouth-largemouth hybrid. 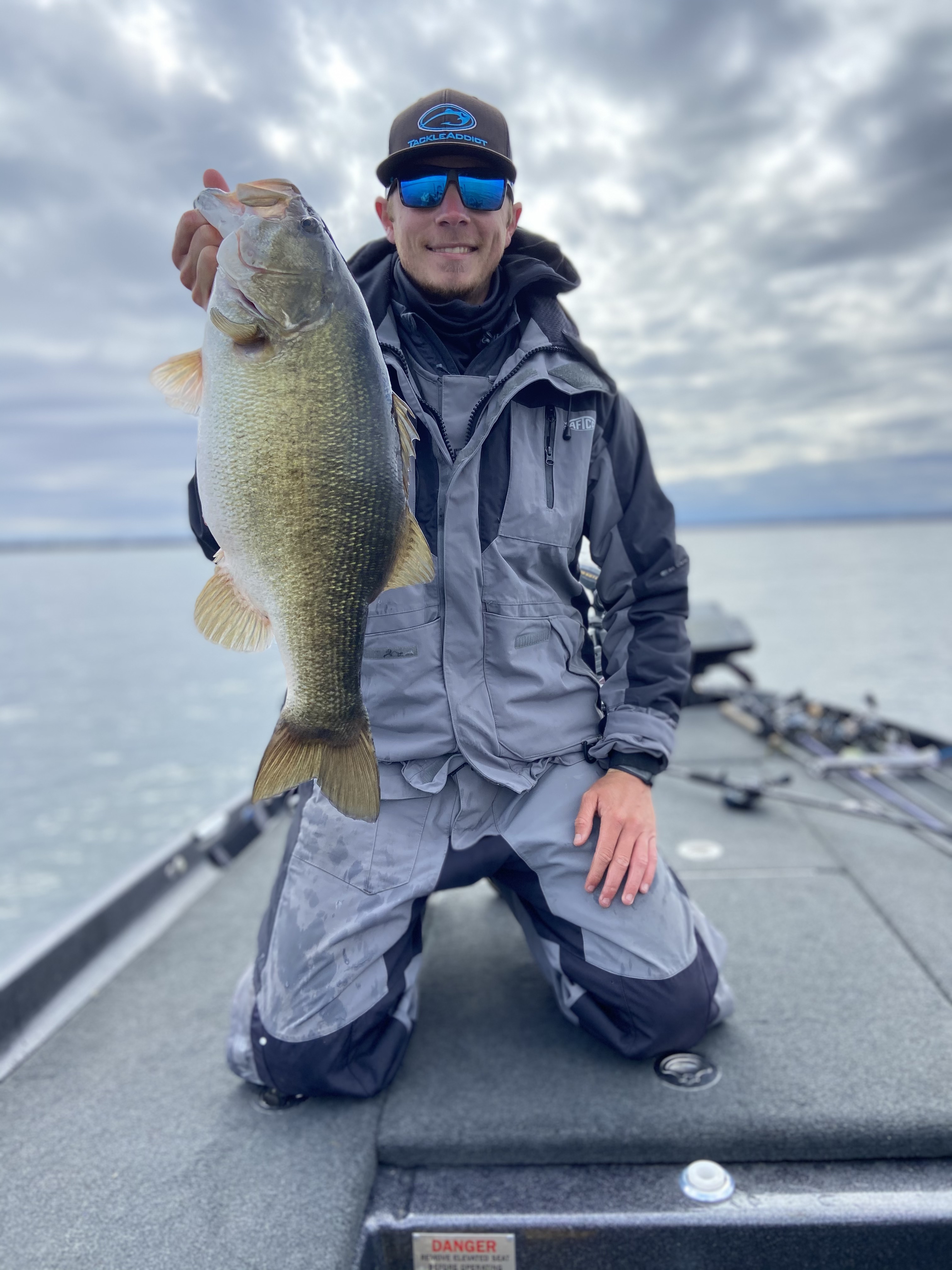 “She truly did look like a smallmouth when I first caught her. The headshakes, the way she jumped out of the water, everything about her was smallmouth,” he said. “But the crazy thing was, as she sat in the livewell while I was waiting to get her weighed, she calmed down and started to lose that brown color. The green started coming out on her sides and the white on her belly.” 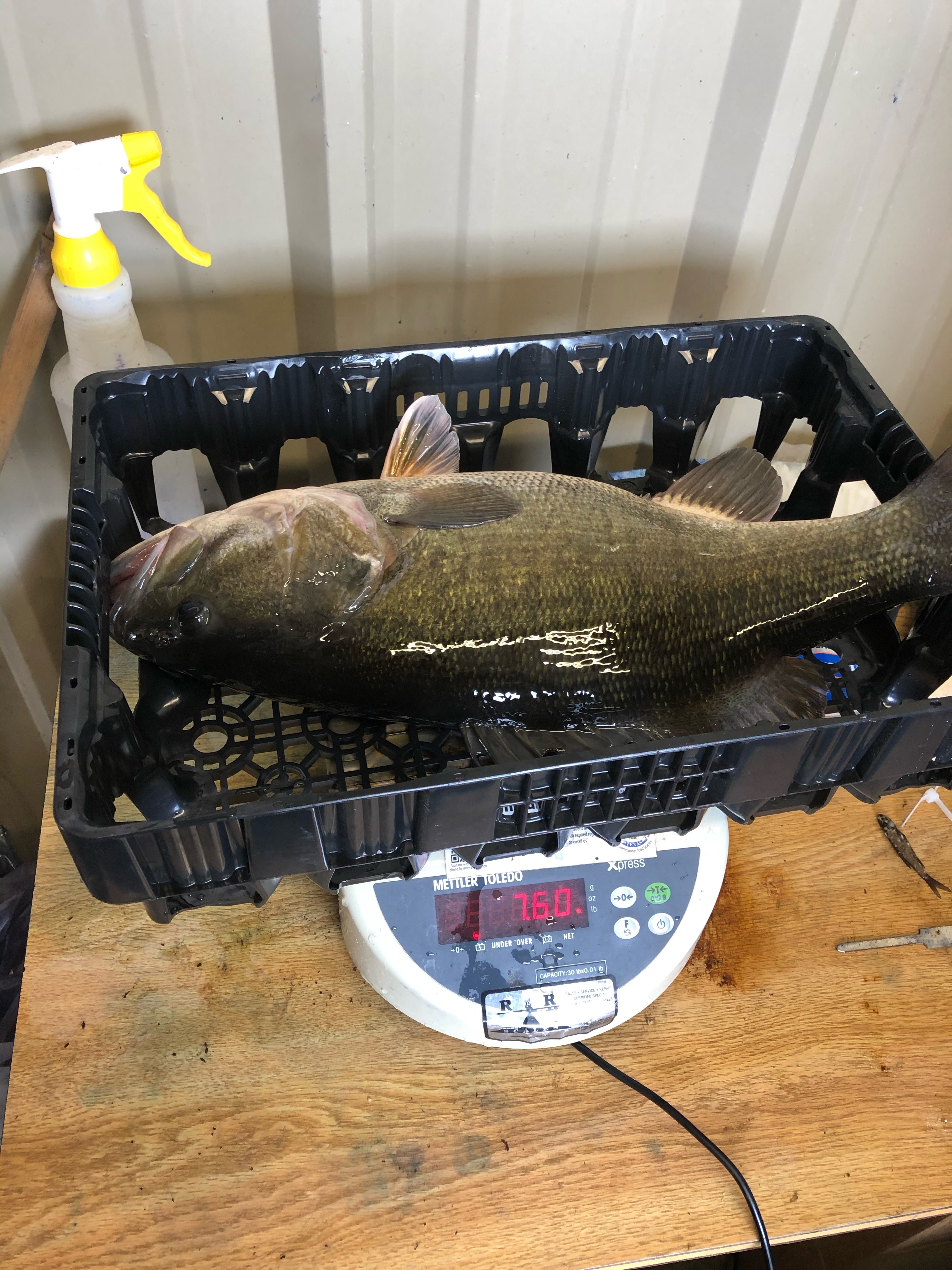 The fish weighed in at 7 pounds, 9 ounces on an official scale. Texas Parks and Wildlife biologists collected three scales and a piece of the tail to ensure the fish was actually a hybrid through DNA testing, and the results confirmed their hypothesis.

The fish instantly made for a lake and state record. Shortly thereafter, the International Game Fish Association confirmed the catch as the world record. 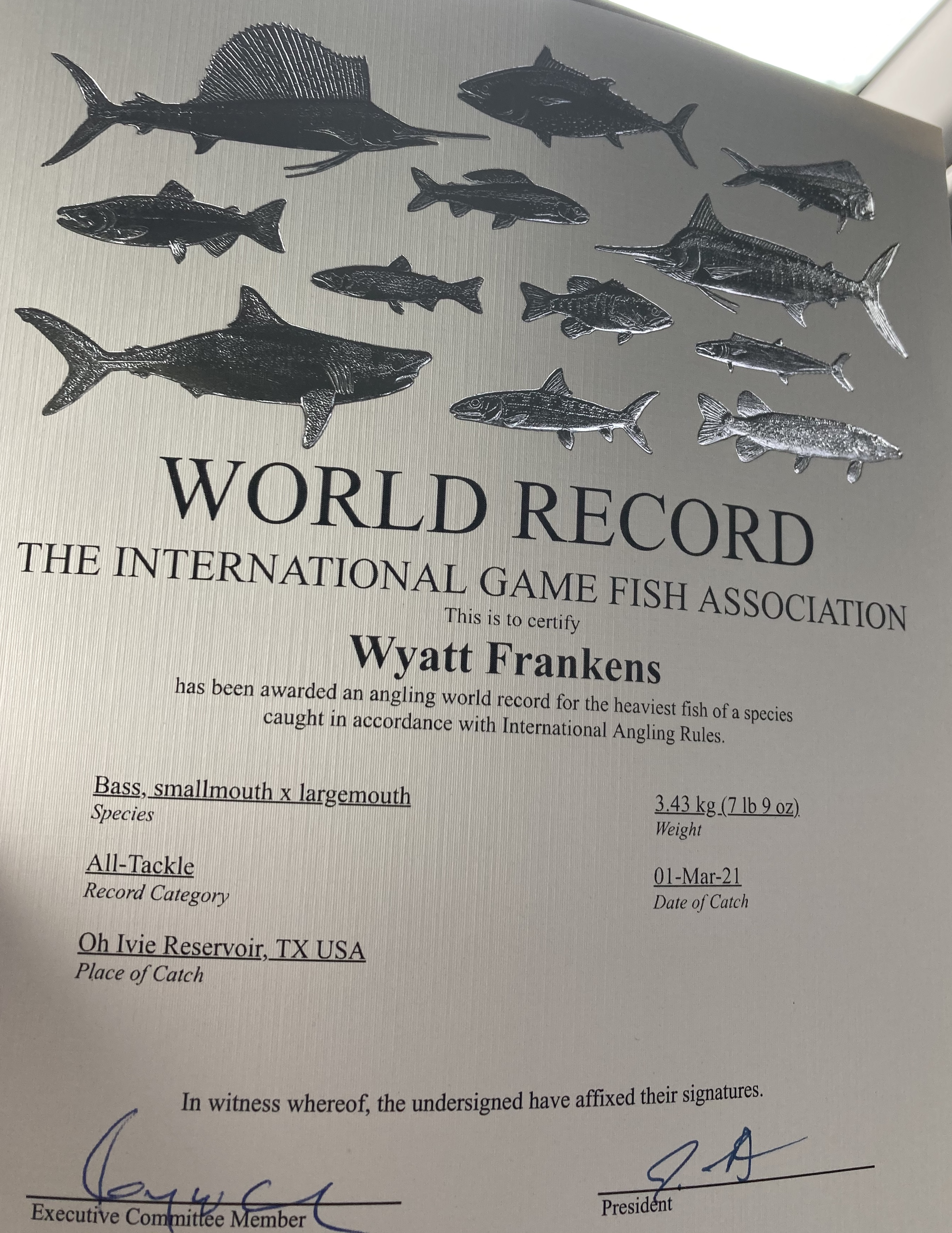 Frankens is a tournament fisherman and full-time guide in East Texas, so he’s more than familiar with catching smallmouth and largemouth bass, but this was his first time learning of the meanmouth hybrid.

The term “meanmouth bass” was coined in the 1960s when Dr. William Childers and his colleagues at the Illinois Natural History Survey began studies on sunfish family crossbreeds. Childers observed a school of largemouth-smallmouth hybrids attacking a female swimmer. “The bass leaped from the water and struck her on the head and chest and drove her from the pond,” he wrote. On another occasion, he watched these fish attack a dog in shallow water—hence the name “meanmouth.”

These strange fish have been produced in lab settings many times, but they are an exceedingly rare occurrence in the wild. Biologists believe that Frankens’s was one of those natural crosses, though. Unlike many hybrid species, meanmouths are not sterile.

These aren’t the only hybrid bass species either. Smallmouth-redeye crosses have been found in the Upper Cumberland River of Tennessee. Stocked spotted bass have hybridized with smallmouth in Missouri, Georgia, and Alabama. Smallmouth also hybridize with native Guadalupe bass in central Texas streams. There is one common thread here: smallmouth. Childers noted that “fertilization of largemouth bass eggs with smallmouth sperm resulted in more successful crosses than the reciprocal cross. The aggressive male smallmouth bass may be an instigator when introduced into waters outside its natural range where spawning sites are limited, or in altered habitats such as reservoirs.”

This could explain why O.H. Ivie is such a prime habitat for meanmouths. With a healthy population of big smallies and largemouth in a reservoir, it’s a prime location for meanmouths to manifest. 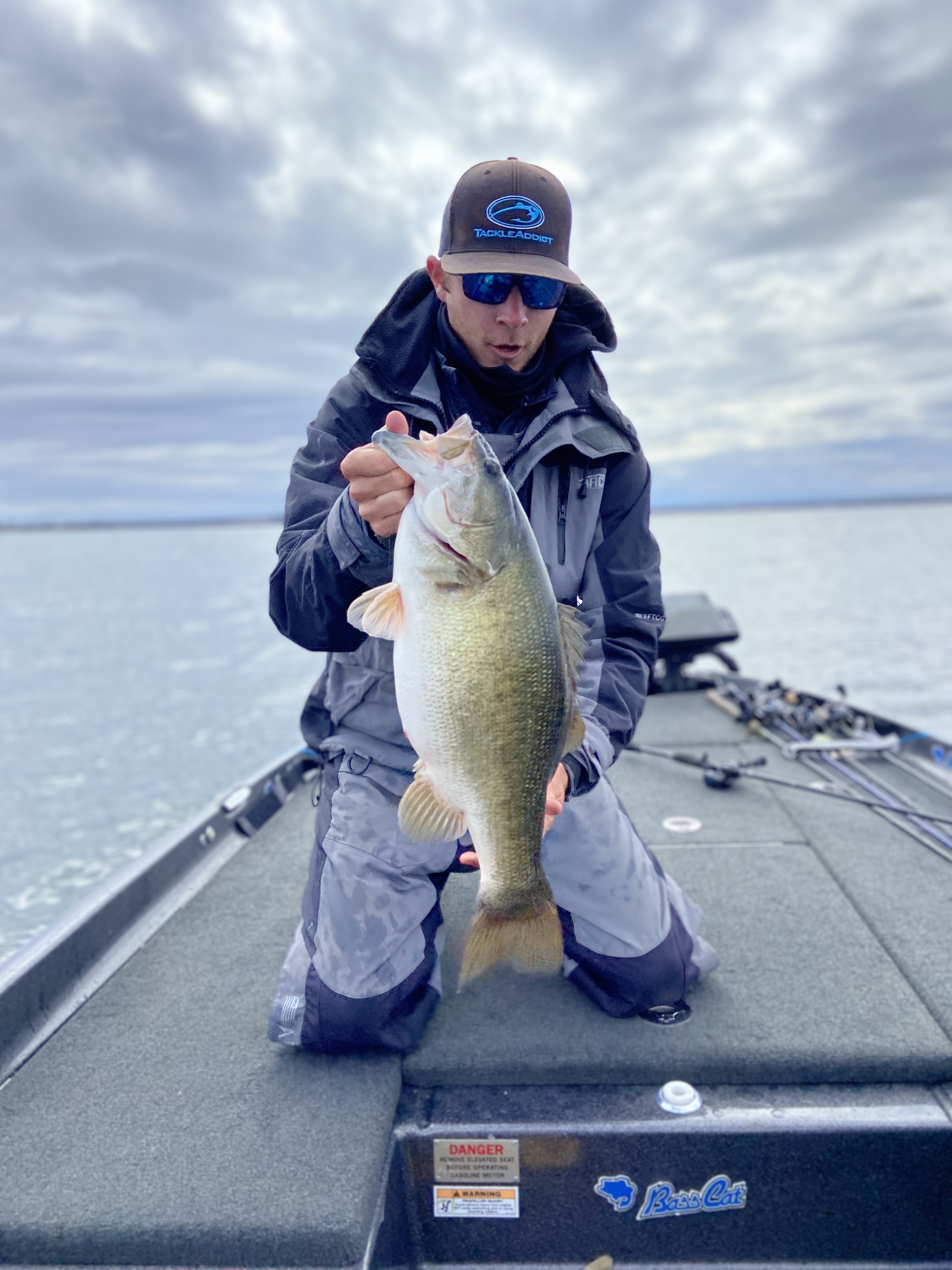 Frankens knows there are more big meanmouths out there. “The other dot I saw out there was just as big, if not bigger. So, there’s a record out there to be broken, and it’s likely going to happen on O.H. Ivie. I don’t know anywhere else in the country that can produce that caliber of that species.”

The world record muskie is currently living in Minnesota’s Mille Lacs Lake—or so biologists think. In a recent press release, the Minnesota DNR announced that earlier this year they landed the largest muskie they’ve ever seen. It happened while biologists were electrofishing for walleye. “We were not looking for muskie,” said aquaculture biologist Keith Wiggins-Kegg. “That wasn’t our objective.” Biologists couldn’t resist getting a closer look at...