Here at MeatEater, we’re all about eating what we take from the woods and waters. This article is part of the “I Ate…” series where we’ll taste-test unusual flesh that most sportsmen have not considered bringing to the dinner table.

As wild game enthusiasts, we hunters tend to dabble in novel animal meats that most non-outdoorspeople would turn their nose up at. Just in the last few months at the MeatEater office, we’ve served dishes from the Corvidae family (crow), Ranidae family (bullfrog), and Felidae family (cougar). Not a single person here had eaten the flesh from the Mustelid family, though.

The weasel family is made up of 65 different species, including ferret, mink, otter, and wolverine. They’re fellow meateaters known for their bold attitude, which explains why a big badger responded to my distressed jackrabbit calls while coyote hunting last winter. I’ve got a bold attitude, too, which is why I decided to shoot and eat that badger. 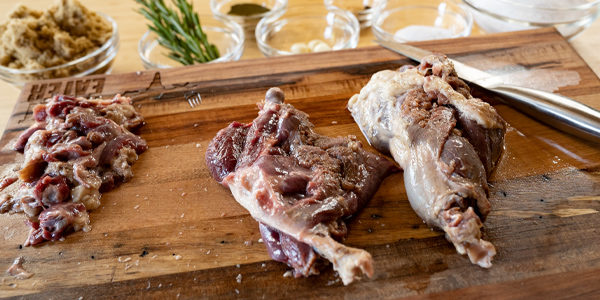 History of Eating Badger
Badger meat made quite a few appearances in mountain men journals. Historian Martin Schmitt noted that meals of badger were often a sign of necessity, or in cases like mine, curiosity. “Eaten by Lewis and Clark, and Wyeth, and listed by Farrow as a possible meal, the badger has never been acclaimed with enthusiasm as meat,” Schmitt wrote.

My favorite badger dining account comes courtesy of Thomas Becknell, though. While en route from Missouri to New Mexico, he encountered a badger for the first time and perfectly described the alien varmint.

“We found a ludicrous looking animal, unknown to any one of our company,” Becknell wrote. “It was about the size of a raccoon, of a light gray color, had uncommonly fine fur, small eyes, and was almost covered with long, shaggy hair.”

With an open mind, Becknell and his crew gave the badger meat a try. His review of the flesh is one of the first on record: “Its meat was tender and delicious.”

Many modern Europeans would agree with Becknell. Their continent has a badger species of its own, the European badger, which is considered a delicacy in rural areas. Wanting to see what all the hype is about, food blogger Nick Weston grabbed a recently deceased one off the side of a road in Sussex, England.

“I treated the red meat as I would a piece of beef fillet, but with a lot more cooking time to be safe,” Weston wrote. “It was absolutely incredible on its own, a little seasoning and a bit of time brought out a mix of beef/venison on the palate.” 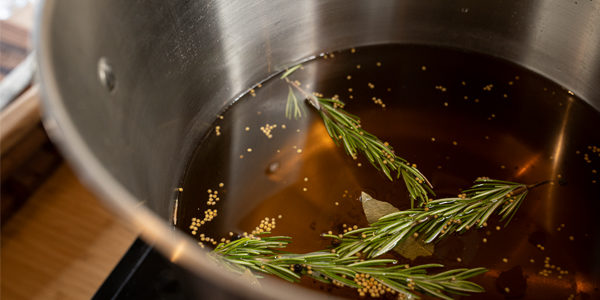 Badger Preparation
North America’s version of the badger is much smaller and near impossible to get a “beef fillet” sized steak off. Instead, I took the hindquarters and left them whole for cooking.

To prepare the badger, I enlisted the help of The MeatEater Fish and Game Cookbook. In the big game section, Steve has an excellent recipe for smoked ham that works with any four-legged creature, including deer, pig, and bear. I’ve used this brine on ungulates multiple times, so I know how damn good it is. If this badger ended up being inedible, I’d be able to blame the meat, not the recipe.

Pre-brine, I asked MeatEater’s Ryan Callaghan to smell the meat. I didn’t detect any noticeable aromas, but maybe his mustachioed nose would. “It smells like duck. I got duck breast on my first whiff.”

After five days of resting in the brine, I gave the meat a quick wash and dry. I should have emphasized the wash more, as the meat came out saltier than I would have liked—a result of the hams being so thin.

Following that, the hams went on a pellet grill set at 180 degrees. Since badgers are omnivores with the diet of a mini-bear, I treated the meat as if it could have trichinosis. Once the internal temp hit 160 degrees, which took about four hours, I pulled the hams from the grill and let them rest. 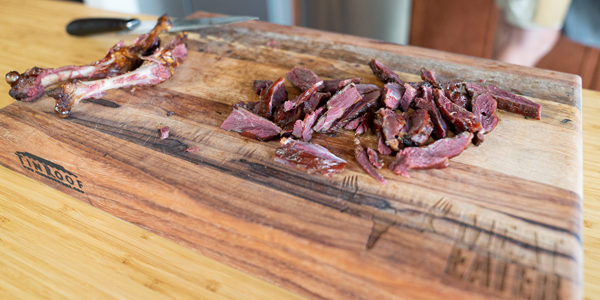 Badger Review
“I’d be genuinely surprised if this doesn’t taste good,” I told Seth Morris as I made my first cuts. The meat looked great and smelled great, with no greasy finish that you might expect from something in the weasel family.

Steve joined me with the inaugural bites. He’s eaten a lot of wild, wild game, but never a badger. Like me, he was optimistic of the influence a good brine can have. “It’s a powerful cooking process. So, when you have a questionable critter, and you’re all worried about eating it, make this, and it’ll be good.”

He was right. Each bite had the texture and taste of a piece of red meat that had been brined and smoked. The best description I heard was from Seth and Ben O’Brien comparing it to country ham: salty and good with eggs.

I’d certainly eat badger again and follow this same recipe (with a shorter brine time or longer wash time). This experiment has given me the confidence to try eating other varmints, and it’s given Steve a new answer to an oft-asked question.

Shop All
Save this product
Benchmade
Essential Meatcrafter™️ Knife
$180.00
A hybrid hunting fixed blade with a fine, smooth edge to trim, debone, or slice your preferred cuts of meat. Makes just as much sense in the back of your truck as it does in the kitchen drawer.
Shop Now
Save this product
Meater
Meater+ Bluetooth Thermometer
$99.99
With up to 165 ft Wireless Range, MEATER is the first truly wireless smart meat thermometer.
Shop Now
Save this product
Spiceology
7 Pack Seasonings Gift Pack
$59.99
Bring home the entire Mega Spice Collection and change the way you cook.
Shop Now
Save this product
Penguin Random House
The MeatEater Fish and Game Cookbook
$35.00
The definitive guide to cooking wild game, including fish and fowl, featuring more than 100 new recipes.
Shop Now
Get the latest in your inbox
Subscribe to our newsletters to receive regular emails with hand-picked content, gear recommendations, and special deals.
Our picks for the week's best content and gear
For the whitetail obsessed, with Mark Kenyon
Redefining our connection to food, with Danielle Prewett
Your one-stop for everything waterfowl, with Sean Weaver
Get out on the water with the MeatEater Fishing crew
Technical hunting apparel
Purpose-built accessories for hunting and fishing
Quality elk, turkey, waterfowl, and deer calls
Privacy Policy

Our Biggest Culinary Giveaway Ever!

If anyone knows how to outfit a kitchen with everything a game chef could possibly need, it’s MeatEater’s own Kevin Gillespie. He’s going to showcase his skills and deep knowledge as the host of our newest cooking show, “Sabertooth." To celebrate this new adventure, we’re offering the biggest culinary giveaway in MeatEater history. Enter to win a one-on-one cooking class with Kevin himself, plus over $3,500 worth of kitchen gear and culinary...

Just in time for holiday cooking season: MeatEater Charismatic Megaspices. Seven exceptional blends straight from Steve’s kitchen to yours. These spice mixes come from years of tinkering and testing. Most commercial blends combine low-quality spices with too much salt. Not these. They’ve been specifically designed for wild game meats—bold enough to hold up, but not overpower, what you worked so hard to bring home. We could go on and on, but just...

Not many people can say Steven Rinella has made them dinner. Now’s your chance to become a part of that small group of lucky individuals. You and three friends could spend the weekend at the historic Kimpton Armory Hotel in Bozeman, Montana, where Steve will prepare a wild game dinner for you. The raffle’s grand prize includes a two-night stay at the hotel and an airfare reimbursement up to $3,500. Each attendee will also receive a signed and...