St. Patrick’s Day is a religious holiday that the Irish have observed for more than 1,000 years. In modern times in America, it's typically celebrated with parades, green beers, and eating overly salty beef, wilted cabbage, and soft potatoes.

After downing a couple of car bombs, damn near anything will taste good, but these recipes are a welcome detour from the classic St. Patty’s Day fare of corned meat. So cue the bagpipes, pour yourself a pint, and fire up the stove to cook some wild game versions of classic Irish dishes. 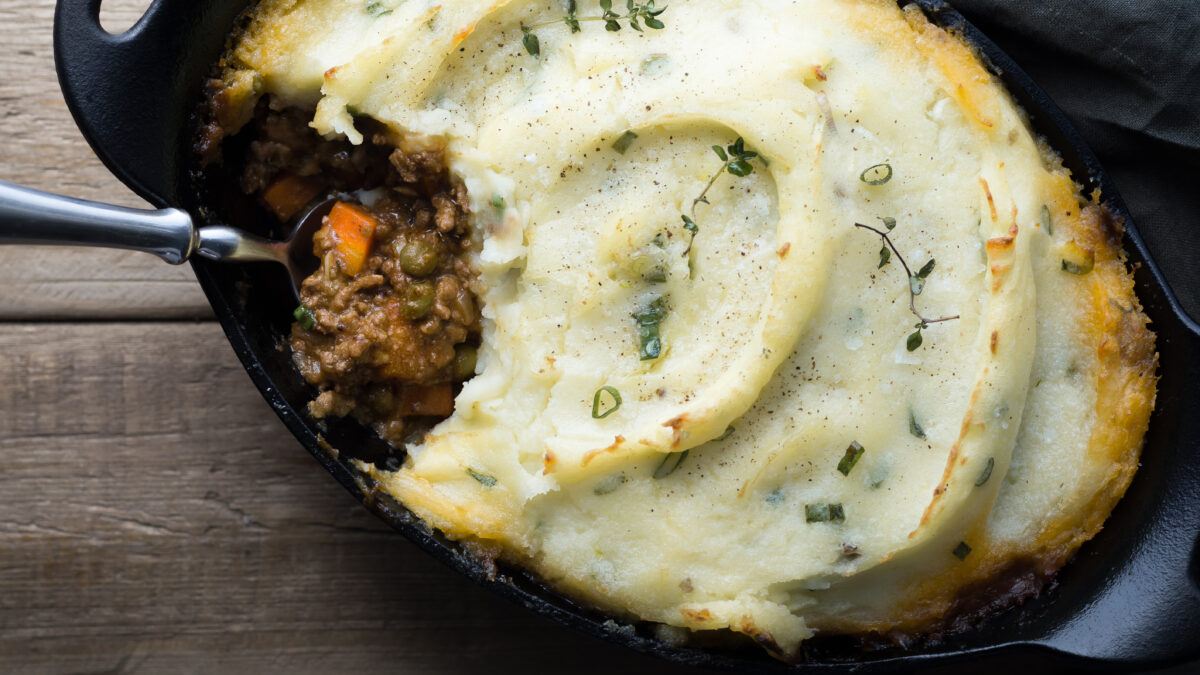 Venison Shepherd’s Pie For most parts of the country, St. Patrick’s Day often lands during a stretch of not-so-great weather. Cold, rainy, muddy springs are best remedied with a heaping plate of mashed potatoes, ground meat, silky gravy, and just a small sprinkling of vegetables. In our humble opinion, venison’s rich flavor lends itself to shepherd’s pie better than ground beef ever could. 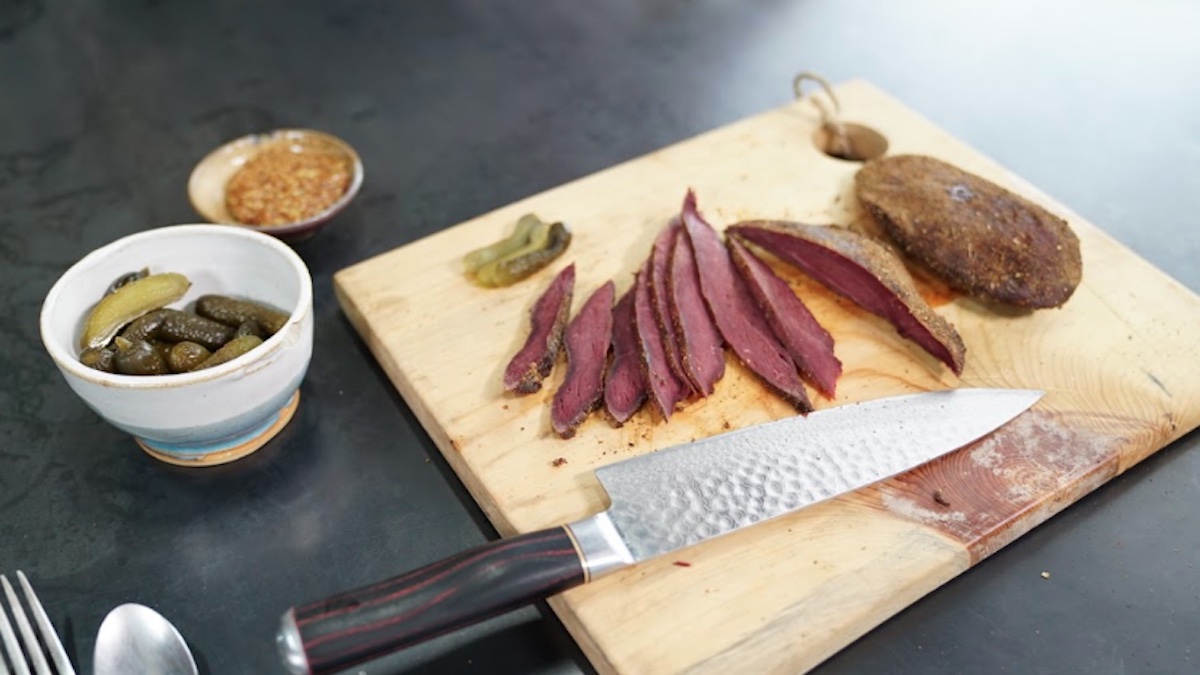 Wild Goose Pastrami We’ve heard every negative descriptor applied to geese. Metallic. Muddy. Gamey. Strong. And yes, those stereotypes are often from people who willingly shot that honker. And yes, they’re doing it wrong. Pastrami is basically the Italian version of corning or pickling and it turns the sometimes finicky flesh of Canadas or snows into something so exquisite you could pass it off as Wagyu beef. 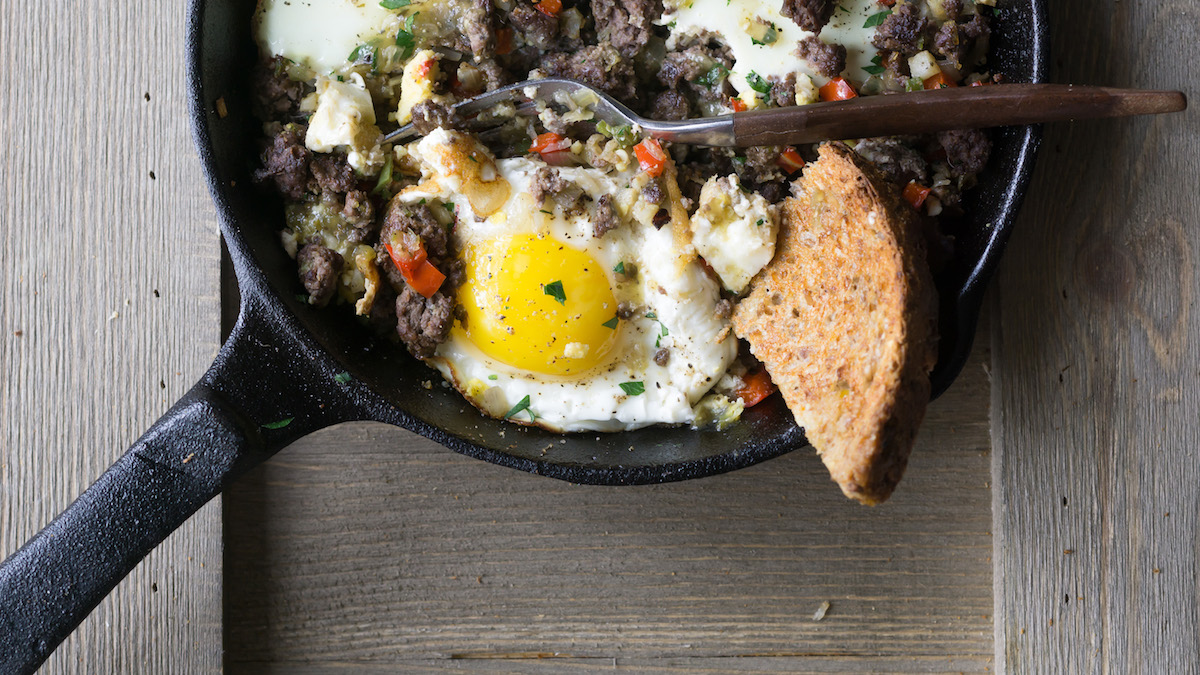 Venison Breakfast Hash Whether you’re laying down a base before having a few celebratory beverages or you’re recovering from them the following morning, breakfast might be the most important meal of St. Patrick’s Day. Replace the standard canned corned beef hash with this venison sausage variety. It’s loaded with peppers and onions and calls for cauliflower rice instead of potatoes, but we’ll understand if substituting spuds is out of the question on this particular day. 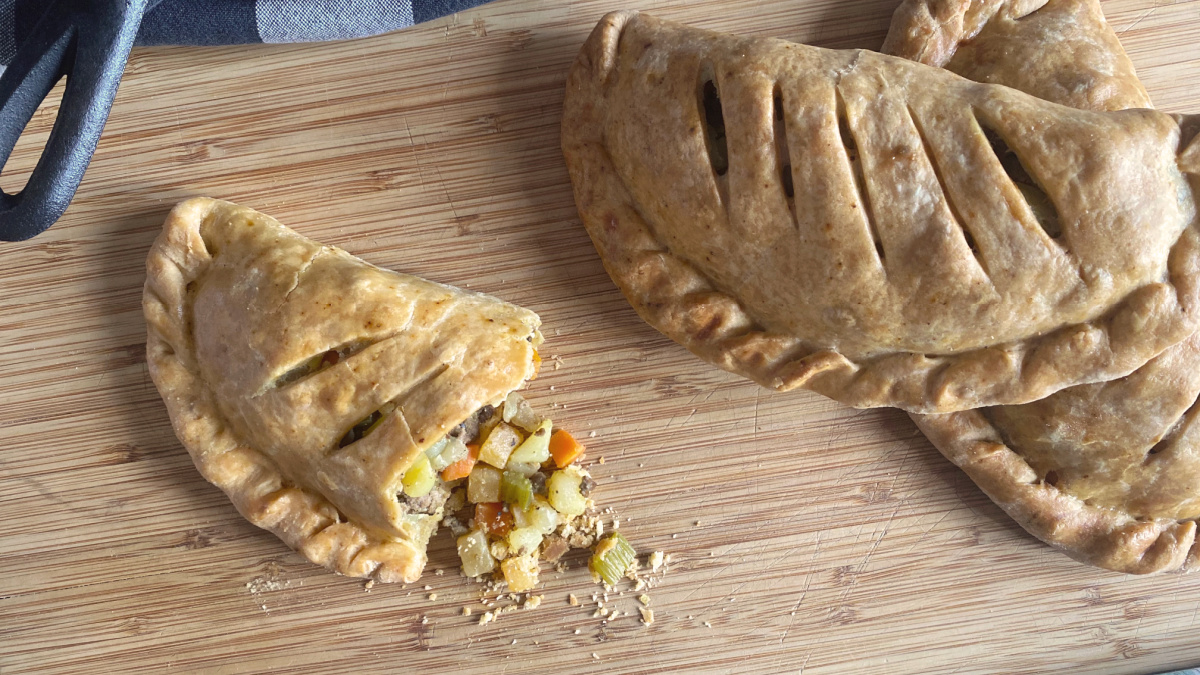 Venison Pasties Butte, Montana, is the most Irish city in America. Yes, that’s a real thing—per capita they have the largest population of Irish Americans. Their local delicacy is the pasty, a meat-filled hand pie that was popularized in Butte by Irish immigrant miners over a century ago. We bet some of those first Montana pasties were made with venison, just like ours. 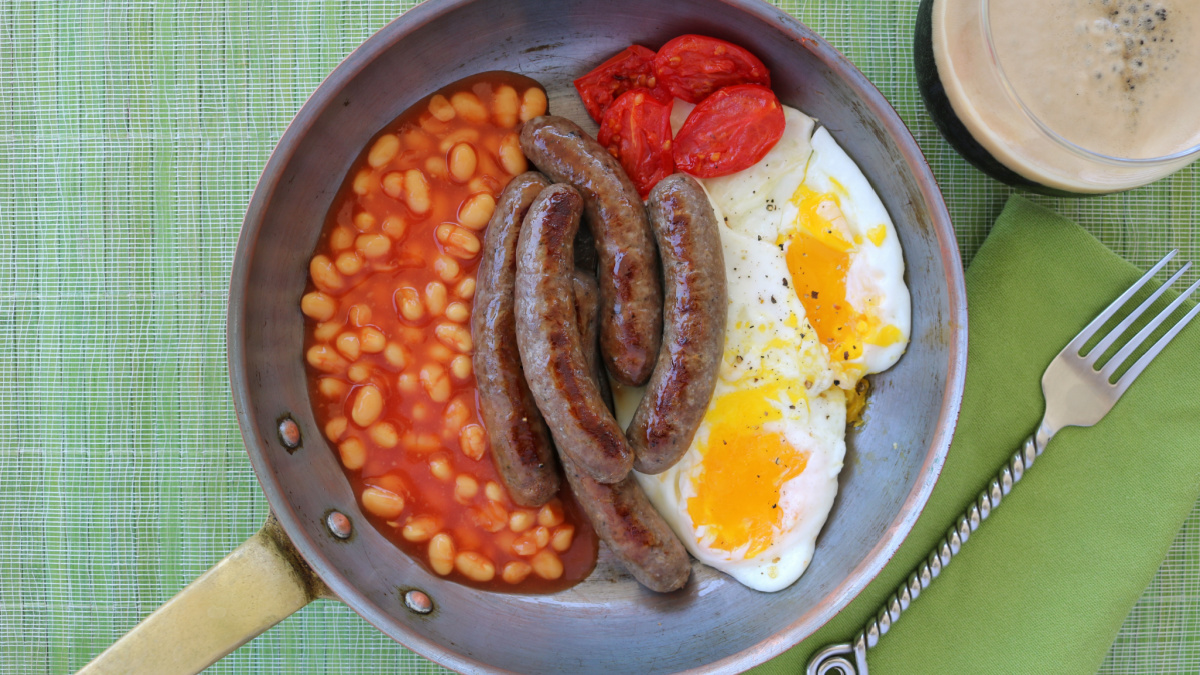 Venison Irish Breakfast Sausage Although the sausages in this recipe are meant to be served with a full Irish breakfast, they can really be the centerpiece of any meal. With sweet and earthy flavors, these links work well in hash or mash. Or, skip the casings and opt for a loose sausage, which is perfect for biscuits and gravy or breakfast pizza. 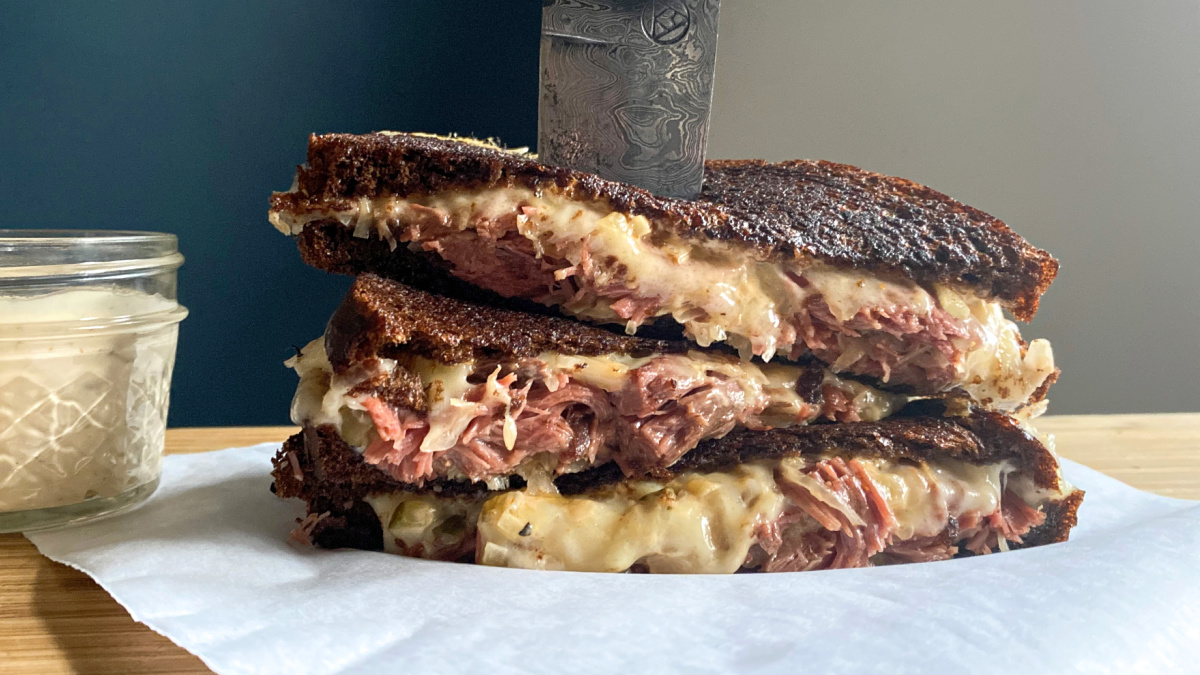 Duck Reuben Sandwich Both New York City and Omaha, Nebraska, claim to be the home of the Reuben, and Omaha has gone so far in the controversy as to declare an official Reuben Sandwich Day. Shots fired. No matter which side you’re on, the combo of corned meat, sauerkraut, Swiss, Thousand Island, and rye bread has been around for some 100 years without declining in popularity. And it’s better with duck than pretty much anything else. Why? Because meat simply doesn’t get much better than duck you decoyed and harvested.

Homemade Sauerkraut Want to make a Reuben sandwich even better? Add homemade sauerkraut. And what chases down a few pints of green beer better than a brat topped with kraut and mustard? Not much. While sauerkraut has Chinese origins and a German namesake, the humble cabbage is a staple in classic Irish cuisine. The transformation into kraut through lacto-fermentation is simpler than you might suspect. 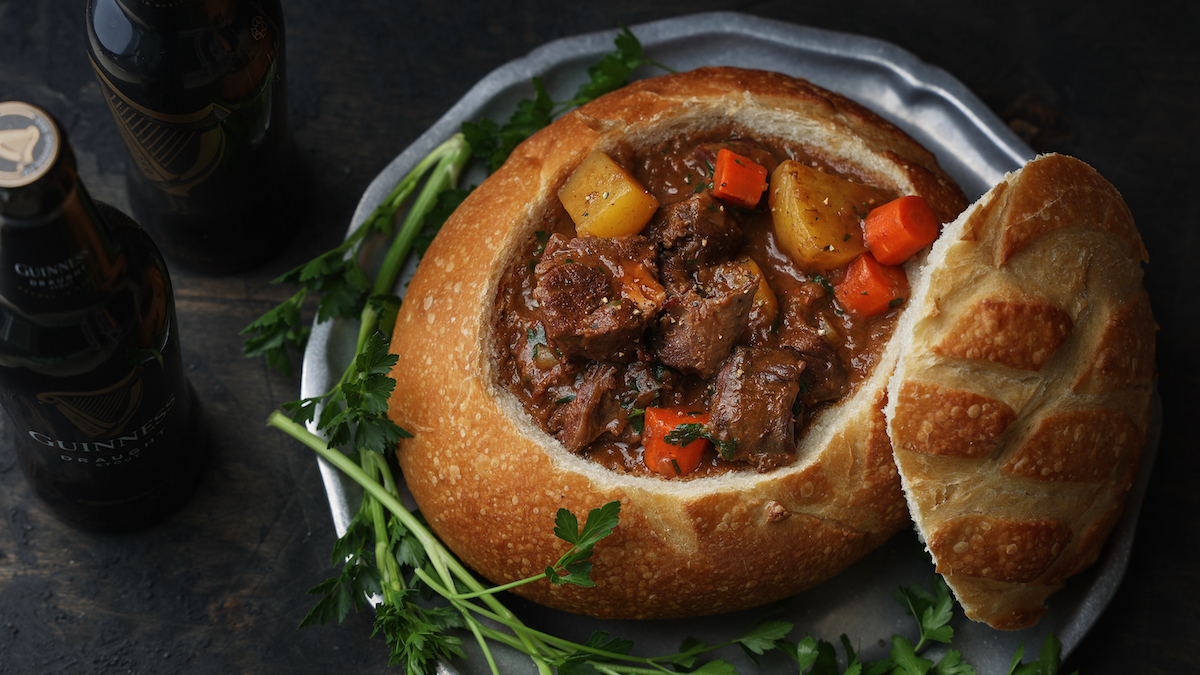 Irish Venison Soup If you didn’t drink your share of Guinness on St. Patty’s Day, here’s your opportunity to eat your fill. This recipe adds the dark brew not once but twice to ensure a rich, savory stew laden with notes of malty sweetness. Served up in a sourdough bread bowl, this hearty soup is sure to satisfy.

You don’t have to love sportsball to appreciate a good Super Bowl party. While a lot of gatherings feature defrosted little smokies and uninspiring ham-and-cheese trays, we prefer to serve wild game for the Big Game. If you’re like us, you’ll want to check out these 10 recipes. We’ve got something for everyone, whether your freezer is stocked with venison, waterfowl, upland bird, small game, fish, reptile, or whatever else you might have...

Let’s face it, wild game can be really tough. For example, after harvesting my first tom last spring, I had the honor of cooking turkey thigh tacos for the MeatEater crew. To my dismay, the legs refused to shred apart even after eight hours in the crockpot. These situations are what give wild game legs, wings, and roasts a bad rap. It’s unfortunate because I know that even the toughest jackrabbit can make a delicious stew if given the proper...

The summer grilling season is here. When done right, grilled venison is a familiar and tasty preparation that everyone, even those new to eating deer or elk, will enjoy. But, before you fire up the grill, take the time to ensure you’re doing everything you can to make the best meal possible. Choose the Right Cut Not just any cut of venison will work well on the grill. While it’s tempting to serve your guests small, individually cooked portions of...