You don’t have to love sportsball to appreciate a good Super Bowl party. While a lot of gatherings feature defrosted little smokies and uninspiring ham-and-cheese trays, we prefer to serve wild game for the Big Game. If you’re like us, you’ll want to check out these 10 recipes. We’ve got something for everyone, whether your freezer is stocked with venison, waterfowl, upland bird, small game, fish, reptile, or whatever else you might have harvested this year. 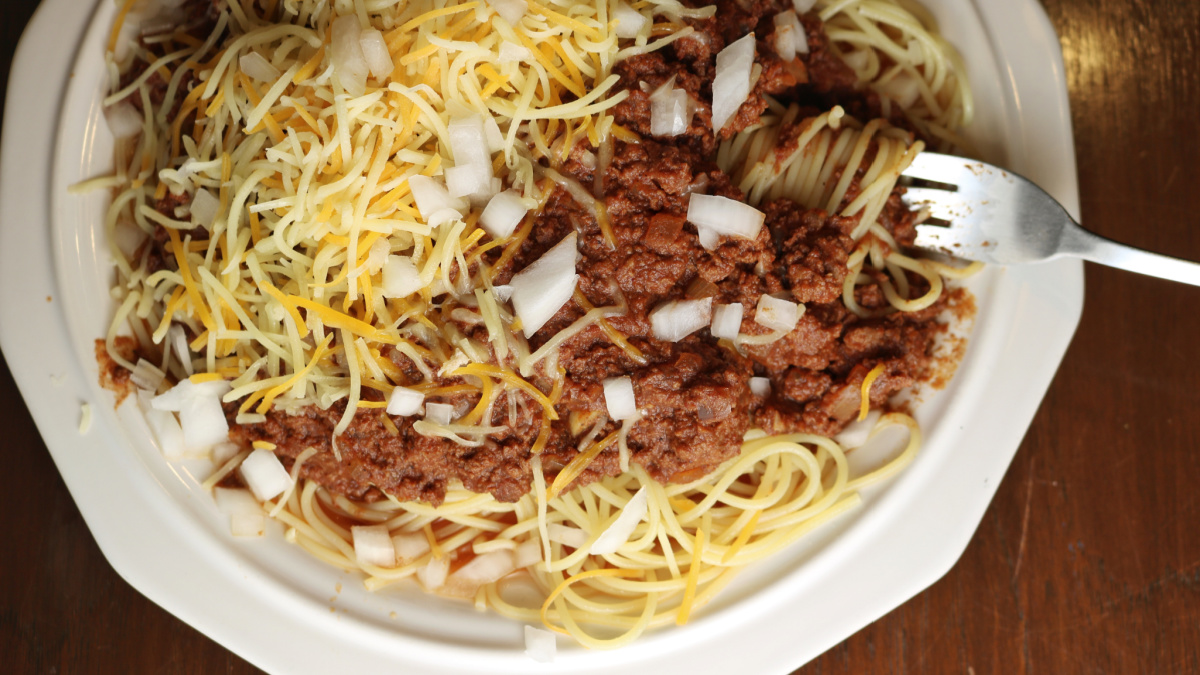 Venison Skyline Chili (for Bengals fans) This Cincinnati-inspired dish is unlike any chili you’ve probably ever had. With unique ingredients like allspice, cloves, and chocolate, it’s just flat out bolder than chili you’ll find in other parts of the country. If your Super Bowl party includes Bengals fans, they’ll appreciate this nod to their team’s local “delicacy.” Get the recipe here. 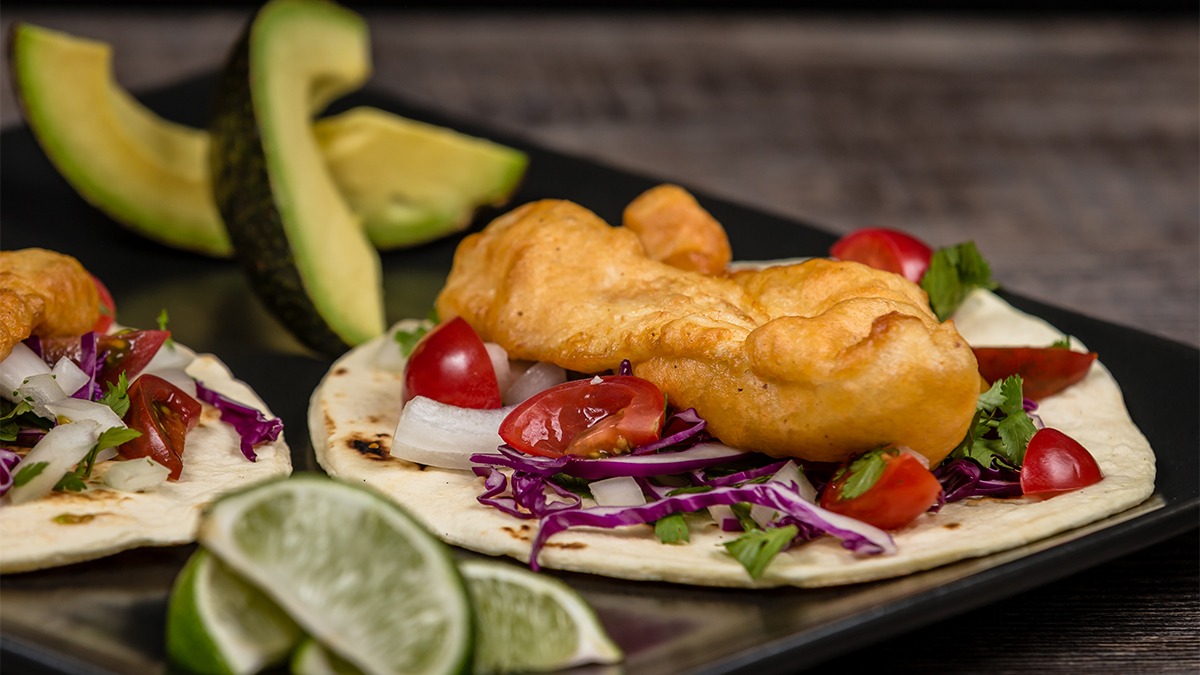 Best Fish Tacos (for Rams fans) These fish tacos are so damn good, you’ll think they came right out the window of a food truck in Santa Monica. Although this dish calls for perch or walleye, you can use the boneless fillets from any fish with firm flesh. We won’t blame you if you use this recipe as an excuse to get out the boat or ice auger on Saturday. Get the recipe here. 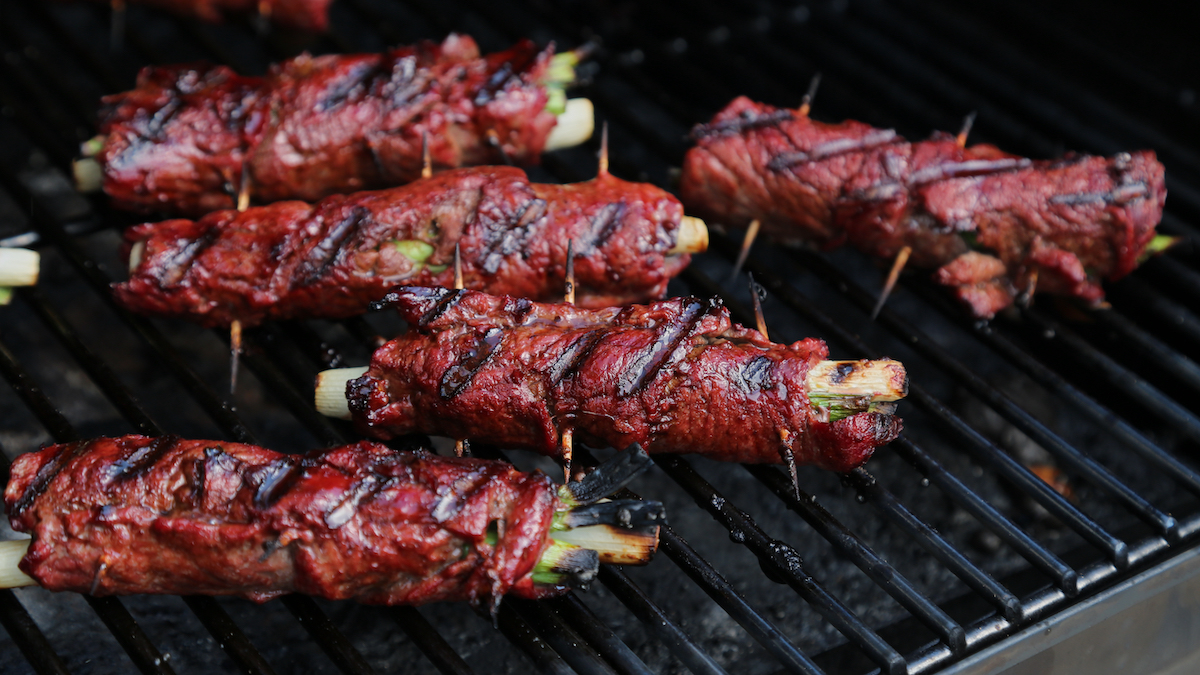 Venison Negimaki We’ve had our fill of bacon-wrapped jalapeño poppers at Super Bowl parties. If you’re ready to change it up with a new veggie-swaddled-by-meat finger food, try venison negimaki instead. This sweet and salty appetizer with Japanese roots is a good way to impress a crowd with just a venison roast or two. Get the recipe here. 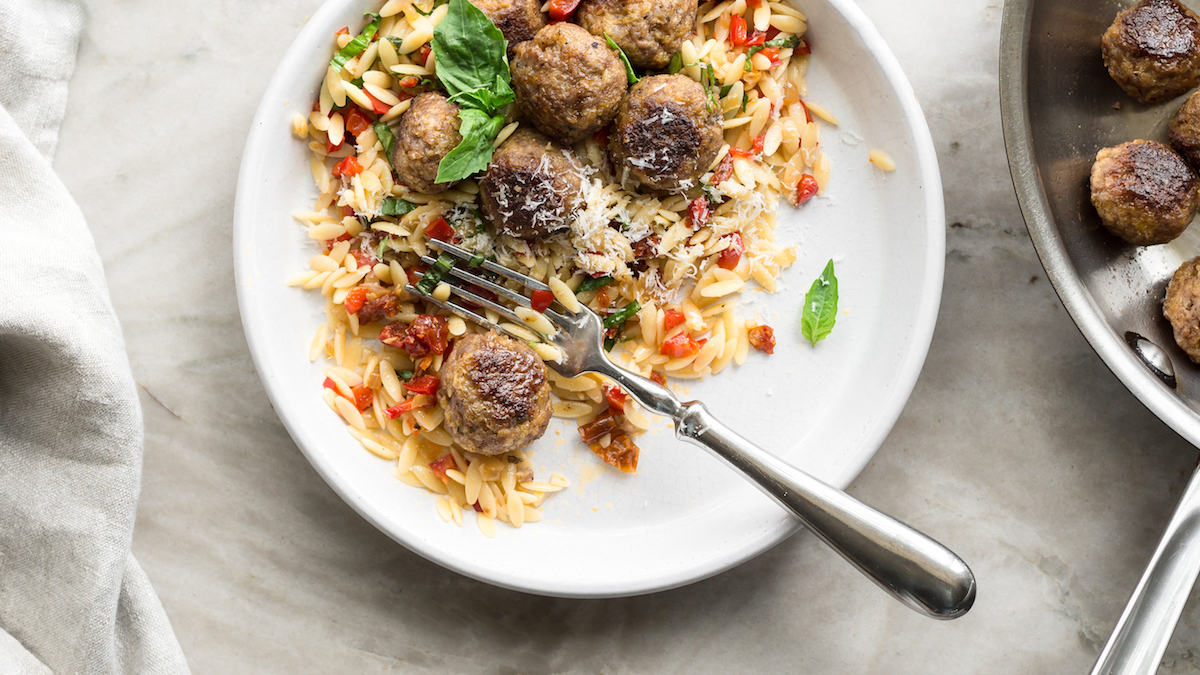 3-Ingredient Meatballs Cancel your weekly trip to Ikea, there's no need for small spheres of frozen mystery meat this year. These meatballs require just three ingredients—yes, three—so you really have no excuse to not whip up a batch for whatever party you’re attending or hosting. Slather them in your favorite sauce, stick them with a bunch of toothpicks, and when there’s just one left, tackle for possession like your team depends on it. Get the recipe here. 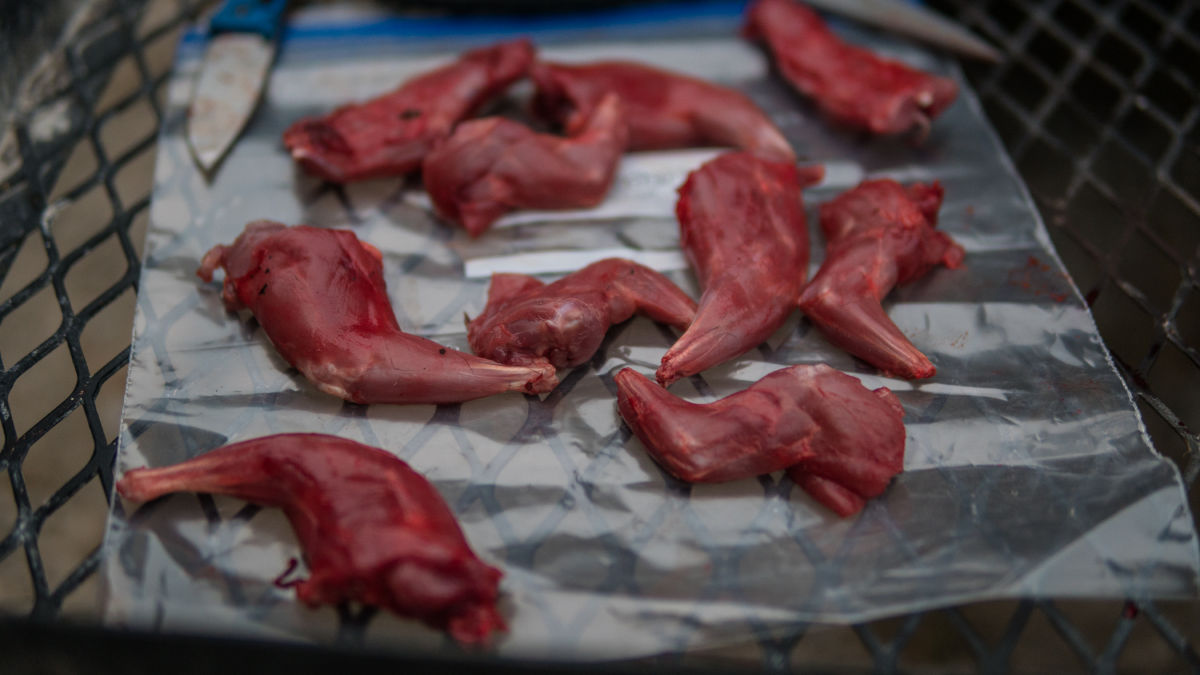 Parker Hall’s Famous Squirrel Rollups Remember that time a squirrel went end to end during the 2017 Kent State vs. Louisville game? Or another that ran for a 40-yard touchdown during FIU vs. Marshall last year? Pay homage to these college greats by wrapping decadent, slow-cooked squirrel meat, peppers, onions, and cream cheese in the most lip-smacking vessel of all time: the crescent roll. Don’t be surprised if the kids eat them all before halftime. Get the recipe here. 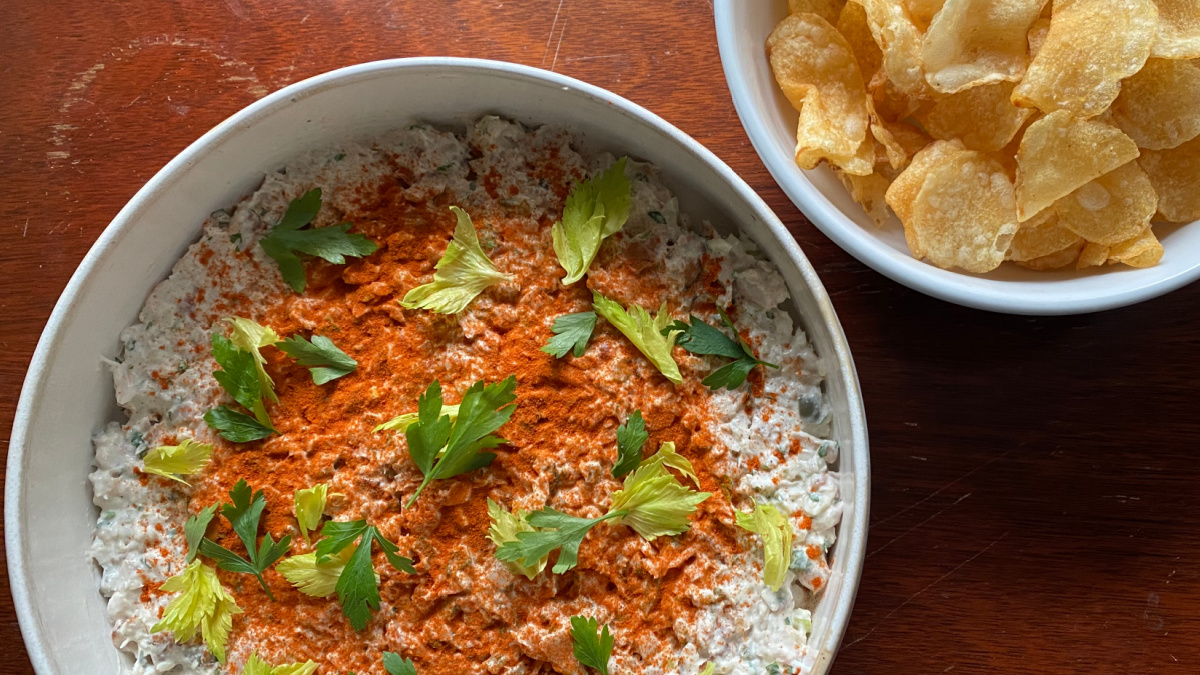 Smoked Fish Dip This recipe comes from our good friend Jesse Griffiths, who doesn’t see a lot of trout or frozen lakes where he lives and runs restaurants down in Texas. Those of us in hardwater country, however, often find ourselves with stacks of firm-fleshed trout and char this time of year that can receive no higher honor than hanging in a smoker for a few hours then crumbling into a delightful dip. Let’s be honest: where there’s smoked fish dip in a buffet line, all the other dishes have their work cut out to stand above. Jesse used white bass for his write-up, but damn near any fish species will work–especially oily or more flavorful types. Save the walleyes and perch for tacos and use your lake trout or pike or nearly any saltwater fish for this creamy spread. Get the recipe here. 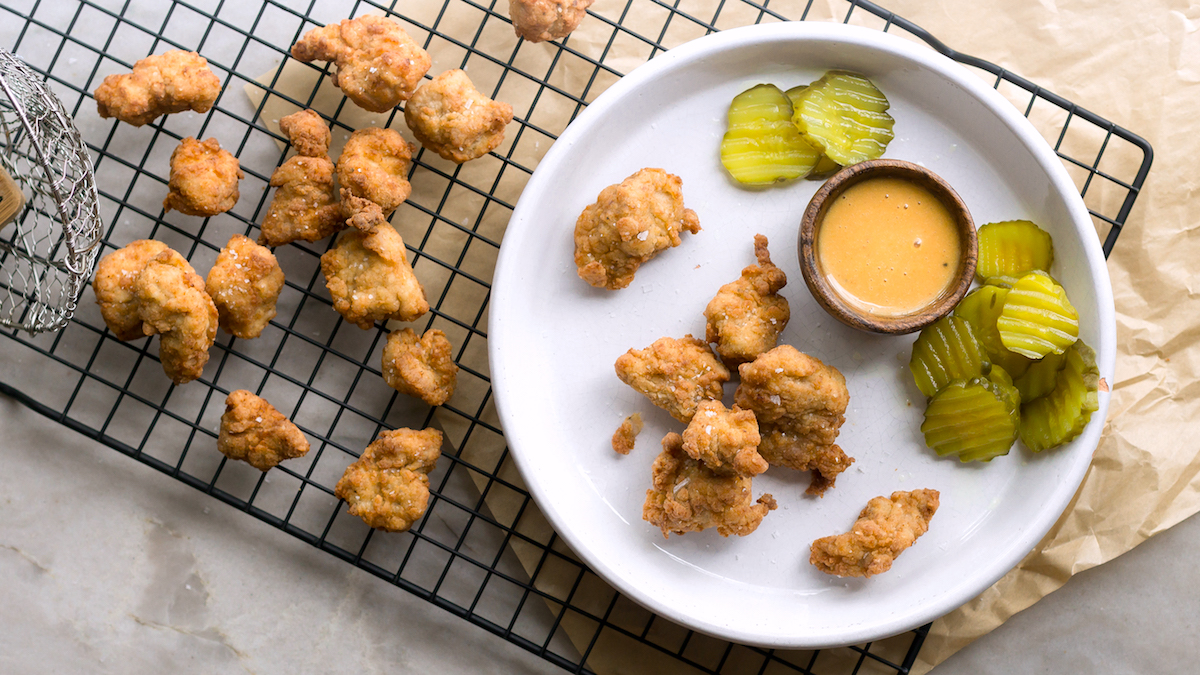 Copycat Chic-fil-A Turkey Nuggets Love ‘em or hate ‘em, but fast food chains sure know how to mass-produce crowd-pleasing flavors. Take note of that if you’re trying to show up strong on game day. Chick-fil-A takes popular dishes to an even higher level, which is why we knocked off their chicken nuggets recipe for wild bird applications. Hint: the little bit of sugar in the breading carmelizes when fried to give it that extra pop. A pickle juice brine beforehand sure never hurt nothin’ neither. Watch a video of Sam making these tasty morsels and the special sauce here, and you can get the recipe here. 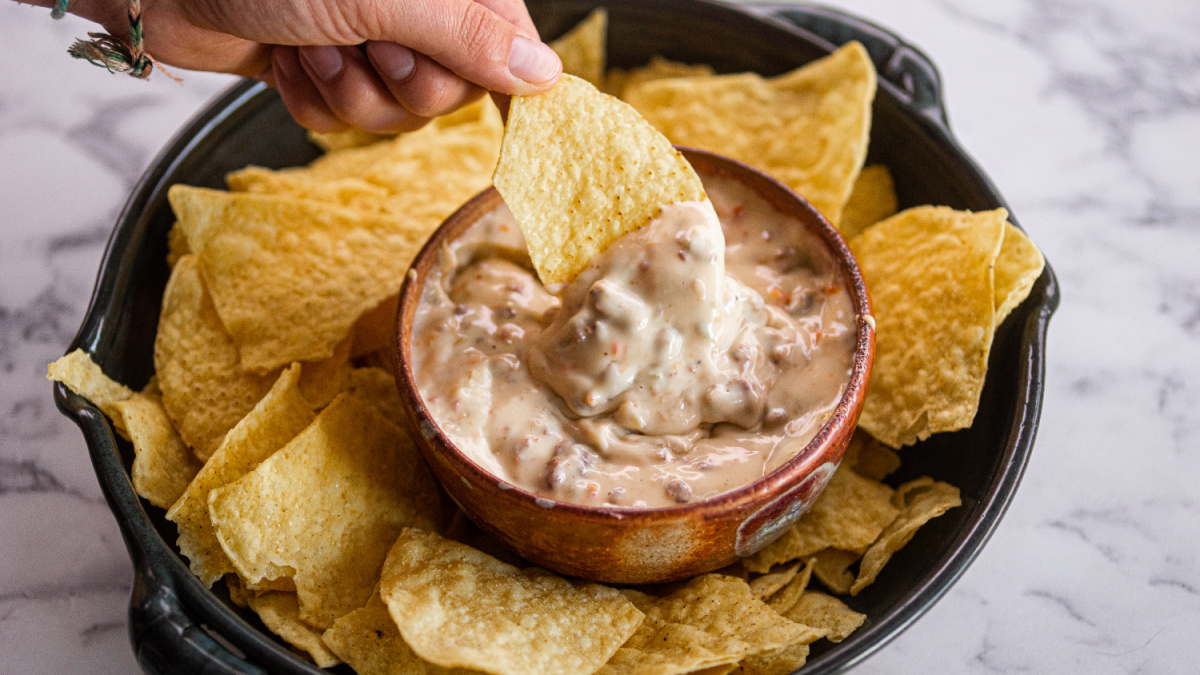 Venison Smoked Queso Dip Queso dip is easy, approachable, and hard to stop eating. Take this opportunity to step up your queso game with hearty bits of browned venison and a smoky flavor that’ll comfort you even if your team doesn’t bring home the big W. This set-it-and-forget-it recipe utilizes a smoker so you don’t need to occupy precious stovetop or slow-cooker space this Sunday. Get the recipe here. 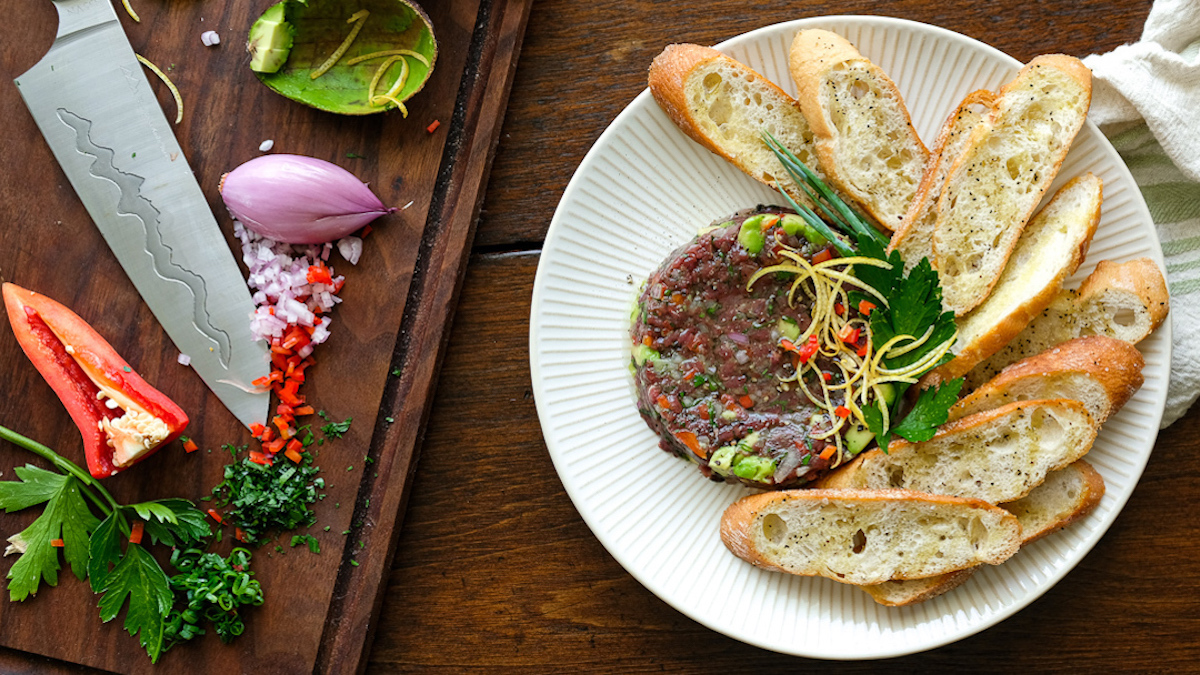 Duck and Avocado Tartare If you’re currently experiencing “duck-pression” with the end of waterfowl season, this one’s for you. Whip up this simple recipe and impress the hell out of your buddies with something a little out of the ordinary. It’s basically meat pico de gallo—serve it with chips, a toasted baguette, crackers, and plenty of stories from the blind. Get the recipe here. 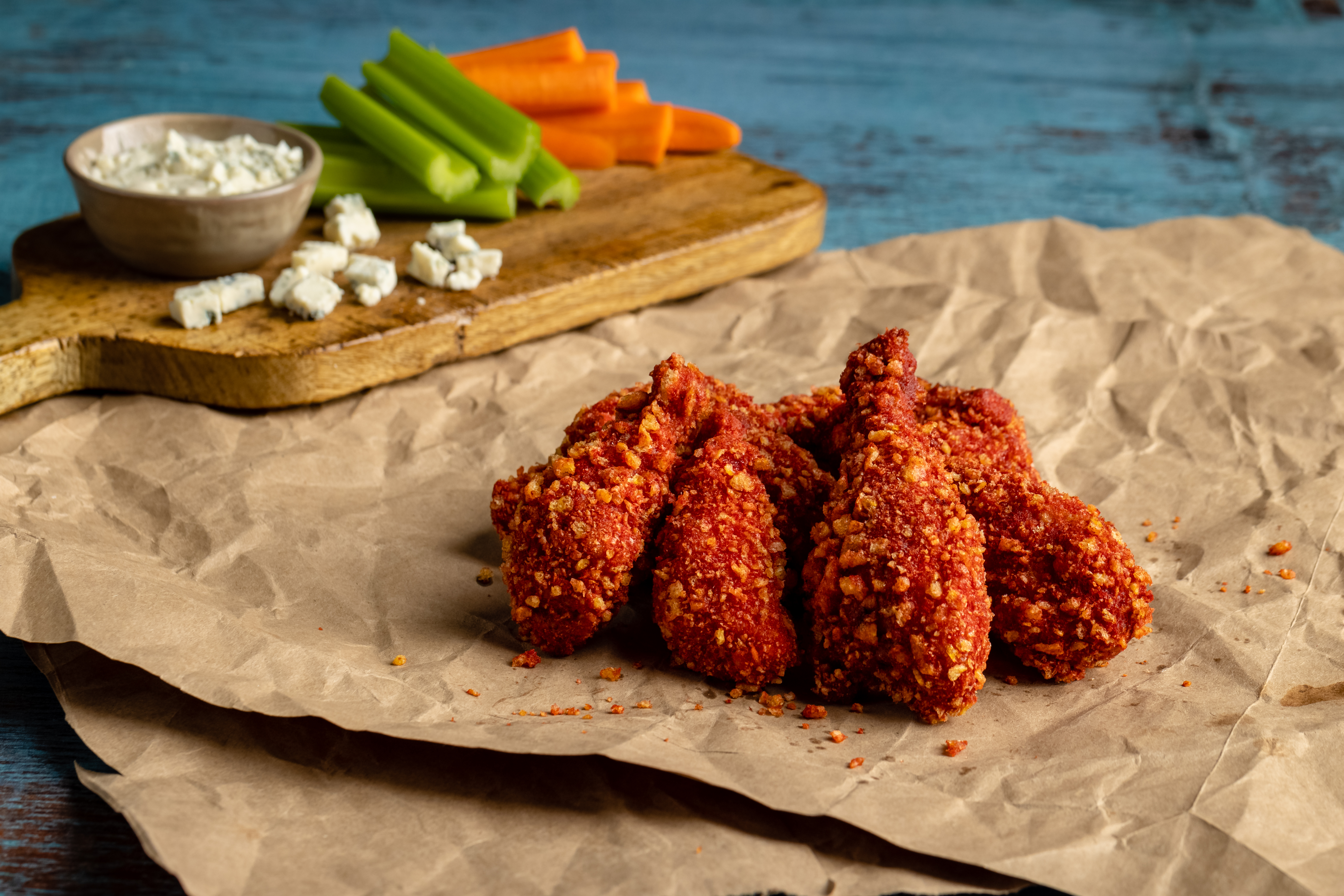 Flamin’ Hot Pheasant Sticks Wings are a classic game-day dish. But, if you didn’t think they could ever get better, have you considered adding Cheetos? In this recipe, marinating the pheasant in hot sauce before coating it in a crunchy Flamin’ Hot Cheeto breading results in spicy, succulent meat with a perfectly crisp coating. Don’t forget the ranch, bleu cheese, carrots, and celery. Get the recipe here.

St. Patrick’s Day is a religious holiday that the Irish have observed for more than 1,000 years. In modern times in America, it's typically celebrated with parades, green beers, and eating overly salty beef, wilted cabbage, and soft potatoes. After downing a couple of car bombs, damn near anything will taste good, but these recipes are a welcome detour from the classic St. Patty’s Day fare of corned meat. So cue the bagpipes, pour yourself a pint...

The summer grilling season is here. When done right, grilled venison is a familiar and tasty preparation that everyone, even those new to eating deer or elk, will enjoy. But, before you fire up the grill, take the time to ensure you’re doing everything you can to make the best meal possible. Choose the Right Cut Not just any cut of venison will work well on the grill. While it’s tempting to serve your guests small, individually cooked portions of...

Let’s face it, wild game can be really tough. For example, after harvesting my first tom last spring, I had the honor of cooking turkey thigh tacos for the MeatEater crew. To my dismay, the legs refused to shred apart even after eight hours in the crockpot. These situations are what give wild game legs, wings, and roasts a bad rap. It’s unfortunate because I know that even the toughest jackrabbit can make a delicious stew if given the proper...