Crater Lake, as we discussed on episode 285 of the MeatEater Podcast, is the deepest waterbody in America. It was formed 8,000 years ago when the Mount Mazama volcano collapsed in on itself. Still, that’s not even the most interesting thing about the lake.

That title belongs to The Old Man of the Lake—a 30-foot tall tree stump. It has been bobbing vertically in Crater’s blue waters for at least 125 years.

The Old Man was first described in 1896 by Joseph Diller, who published a geology paper about the lake in 1902. In the first five years of tracking, Diller determined that the Old Man travelled 1,312 feet across the lake. A second experiment on the stump in 1938 found that it’s capable of moving much further. In a three month span between July and September of that year, the Old Man covered 62.1 miles. On one particularly windy day, he swam an astounding 3.8 miles. 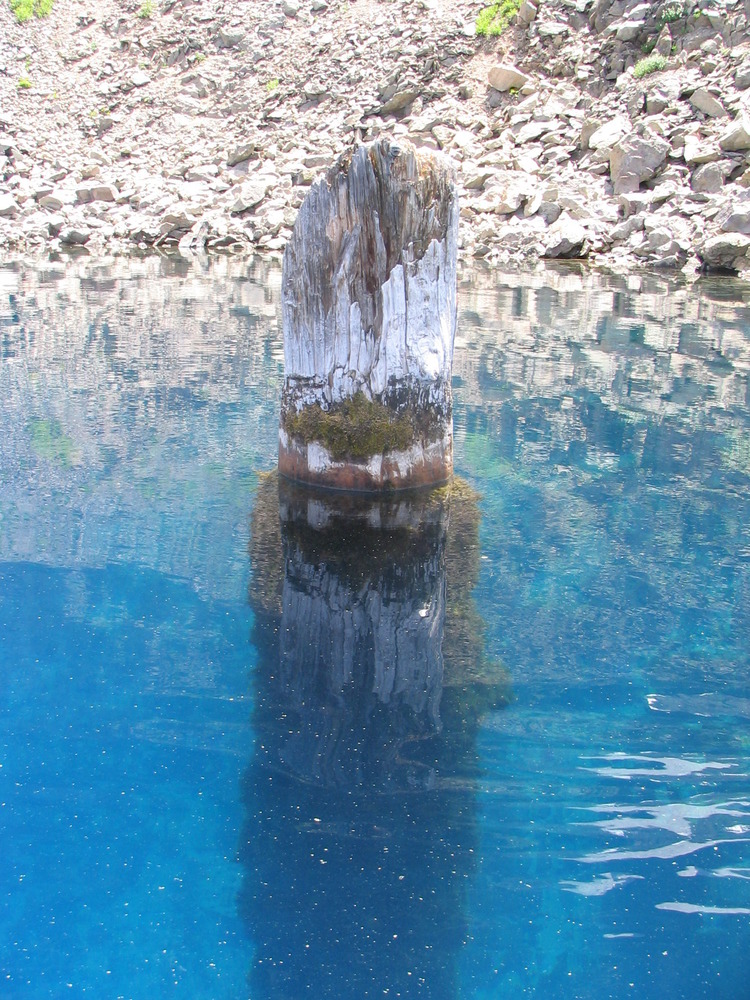 “You would think that the 4-foot section that sticks out above the water would act as a little sail, but sometimes he’ll move all the way across the lake against the wind,” said Mark Buktenica, an aquatic ecologist for Crater Lake National Park, in a 2016 CBS News interview.

The Old Man’s erratic movement is just one of the mysteries surrounding the 500-year-old stump. How did he get there? Why hasn’t he sunk? How hasn’t he eroded?

Scientists’ best guess, and this is purely speculation, is that the hemlock was carried into the lake by a landslide a few hundred years ago. Rocks were wedged in its roots when it entered the water, which stabilized the Old Man’s base. Over time, the roots and rocks disappeared, but the waterlogged bottom and sun-dried top kept it floating upright. 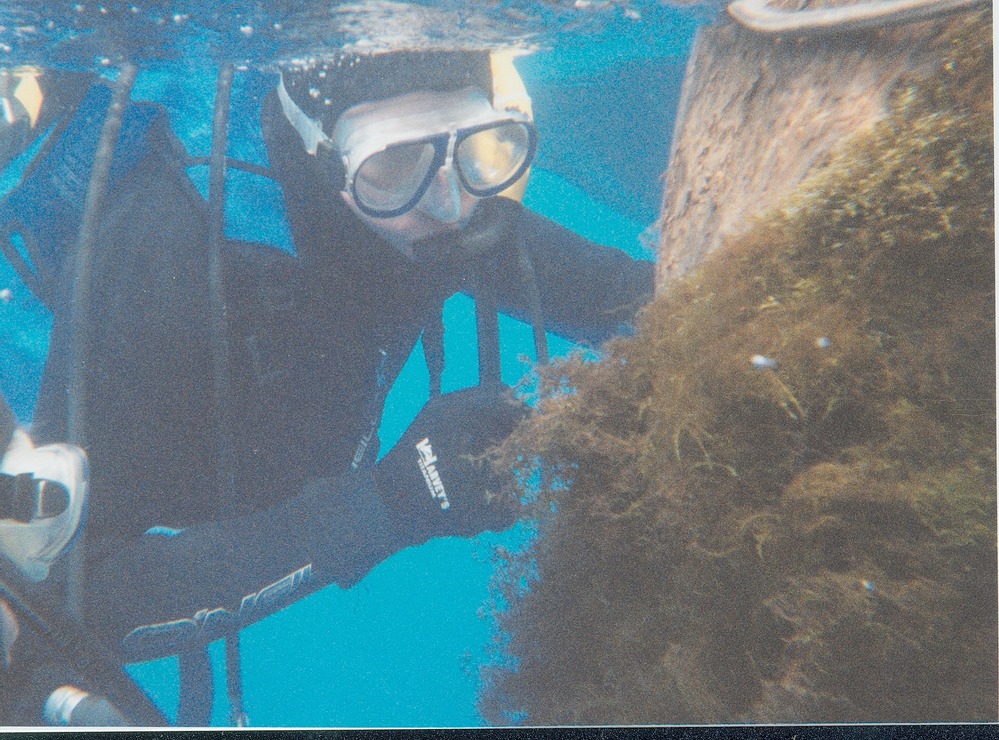 A similar phenomenon has been observed at Spirit Lake in Washington, where hundreds of trees have been bobbing vertically since Mount St. Helens erupted in 1980. But unlike the Old Man, Spirit Lake’s trees sink to the bottom after the roots erode away. It’s unclear how the Old Man survived this process, or why no other trees have undergone a similar transformation in Crater Lake.

The tree’s longevity has created a small ecosystem that’s unique to the Old Man. Spiders, mites, and ants live in the wood above the surface, while fontinalis moss covers the stump below. Strangely, the only other place the moss is found in Crater Lake is at depths below 394 feet deep.

Some people believe there are supernatural forces at play, including a few of the scientists who know the Old Man best. In August of 1988, a submarine exploration team tethered the hemlock to shore because they considered it a navigational hazard. “It wasn’t long after he was tied up that a storm blew in and the surface of the lake got too rough for us to deploy and recover the submarine,” Buktenica said. 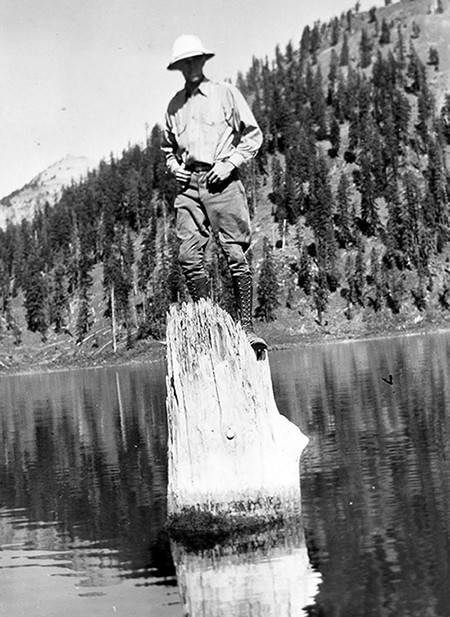 When it started to snow in August, the team agreed on what needed to be done. One evening, a group of senior scientists quietly went out and released the Old Man from his bondage. By the next day, the weather cleared up and allowed the researchers to finish their work.

We’ll probably never have all the answers about the Old Man—and that’s OK. For those who have seen the legendary stump in person, like park ranger Dave Grimes, part of the draw is the hemlock’s mysterious backstory.

“He has character and history that is part of the park,” Grimes said in an interview with the National Parks Conservation Association. “For me, the Old Man is a calming presence. He is blown by the wind, but he’s not rocked by the waves.”

There’s a difference between book smart and bar smart. You may not be book smart, but this series can make you seem educated and interesting from a barstool. So, belly up, mix yourself a glass of LMNT Recharge, and take notes as we look at the most popular lake names in the country. Powered by LMNT. As a kid, I took great pride in “The Simpsons” creators choosing Springfield, South Dakota, as the backdrop for their iconic cartoon. What’re the...

There’s a difference between book smart and bar smart. You may not be book smart, but this series can make you seem educated and interesting from a barstool. So, belly up, mix yourself a glass of LMNT Recharge, and take notes as we look at how you could literally get away with murder in Yellowstone. Powered by LMNT. Yellowstone National Park was established in 1872, about two decades before Wyoming, Montana, or Idaho gained statehood. Thanks to...

There’s a difference between book smart and bar smart. You may not be book smart, but this series can make you seem educated and interesting from a barstool. So, belly up, mix yourself a glass of LMNT Recharge, and take notes as we look at how dumb people are with flames in nature. Powered by LMNT. Smokey Bear made his first appearance for the Forest Service in 1944. According to NPR, Smokey is the longest-running public service ad campaign in...