The Dumbest Poacher of 2019

Earlier this month, Dugan Traversie entered a plea deal with prosecutors for his role in a poaching case that dates back to last fall. Traversie was ordered to pay $9,000 in restitution to Timber Lake Elk Ranch, one-year probation, and one year without hunting. Since the judgement by the U.S. magistrate seems light, I’m tacking one more punishment onto his crime: I’m declaring Traversie the dumbest poacher of 2019.

Traversie is a member of the Cheyenne River Sioux Tribe in South Dakota. He held a buck tag for the reservation’s deer season, which started on November 2. But, five days before gun opener, on October 28, Traversie got a head start on the season by poaching a whitetail buck with his rifle. It wasn’t just any buck, though.

Traversie shot the deer on the Timber Lake Elk Ranch, a high-fence game farm within the boundaries of the reservation. The property offers 100% success hunts to wealthy clients for everything from pheasants to mule deer to bison. 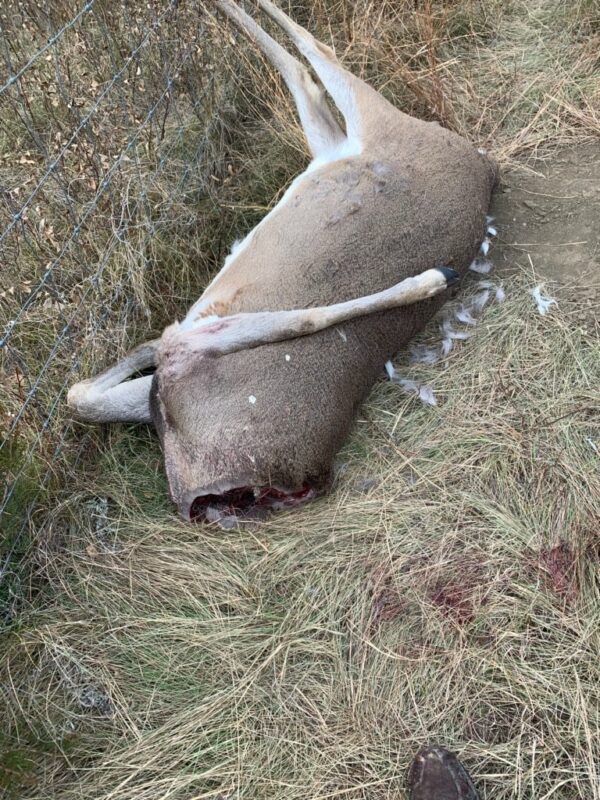 From outside of the property, Traversie shot the 28-point buck through the ranch’s 8-foot fence. He then crawled through the fence, took a picture with the whitetail, cut its head off, tossed the head back over the fence, and left the carcass to rot. Traversie cached the rack under a bridge for a few days with intentions of retrieving it before deer season opened.

The buck was already “spoken for” by a client who paid $20,000-plus to hunt the deer. The ranch managers brought in the whitetail on October 18, but late that month they noticed it had gone missing. When they went on a scouting mission to locate the buck on November 1, all they found was its headless body.

It didn’t take long for them to figure out who the poacher was, though.

On November 3, the day after the Cheyenne Sioux Tribe’s opener, Traversie posted a picture on Facebook of him proudly holding the buck, claiming to have shot it the day before. The image went viral and reached hundreds of thousands of people, with one post getting 1,900 likes, 1,100 shares, and 650 comments.

The image was immediately met with praise and skepticism. For every five people lauding this buck of a lifetime and congratulating Traversie on his harvest, someone would comment on the deer’s unnaturally white antlers and elk-like spread. Before law enforcement even got involved, the online hunting community was questioning the legitimacy of this would-be record book whitetail.

The debate was short, though. The same day Traversie posted a picture with the buck, photos started circulating of the deer’s headless body at Timber Lake Elk Ranch, along with older photos of the buck in velvet from the ranch’s website. 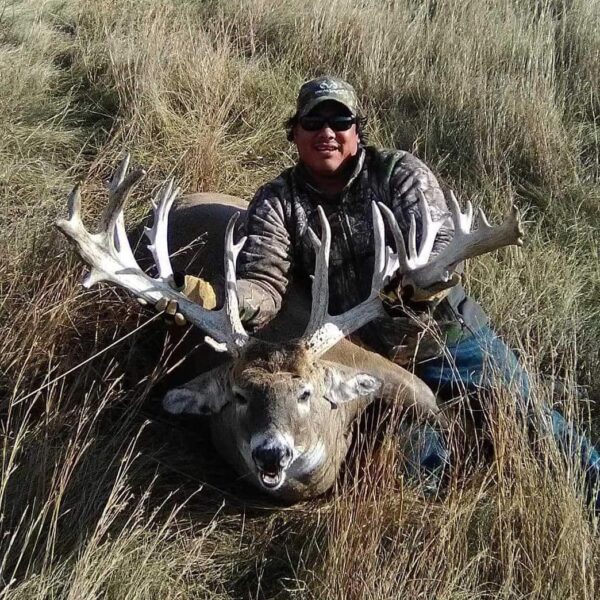 According to the investigation carried out by the U.S. Fish & Wildlife Service and Cheyenne Sioux Tribe, Traversie fessed up when law enforcement reached out. Throughout the process he’s cooperated with prosecutors and shown remorse for his actions, which led to a lenient plea bargain—despite the potential for a $250,000 fine and five years in prison based on initial charges.

“I am very, truly, truly sorry for poaching the whitetail deer when it wasn’t deer season,” Traversie told U.S. Magistrate Judge Mark Moreno. “I just ask for the opportunity to prove to this court that it will never, never happen again.”

The $9,000 restitution is the amount that Timber Lake Elk Ranch paid for the buck from a whitetail farm in North Dakota. The case has been filled with moral and legal conundrums, like how the Federal Lacey Act, wanton waste laws, and other game regulations are applied to wildlife that’s raised as livestock.

But that doesn’t change the fact that Traversie killed a whitetail out of season, trespassed, wasted a whole deer, and still felt compelled to post that grip-and-grin to social media. Now more than ever, Pat Durkin’s old Wisconsin proverb rings true: “Deer make people stupid.”

On Sale
Save this product
First Lite
Men's Brooks Down Sweater
$185.50 $265.00 -30%
A lightweight packable insulating later, as outer layer during milder temps, and comfy for around camp.
On Sale
Save this product
FHF Gear
Chest Rig
$84.00 $120.00 -30%
This minimalist style chest rig is compact and designed to be worn high on your chest keeping it easily accessible and extremely versatile.
Save this product
Benchmade
Essential Meatcrafter™️ Knife
$180.00
A hybrid hunting fixed blade with a fine, smooth edge to trim, debone, or slice your preferred cuts of meat. Makes just as much sense in the back of your truck as it does in the kitchen drawer.
On Sale
Save this product
Phelps
"UNLEASHED" Elk Bugle Tube
$25.19 $41.99 -40%
The wait is over!!! The unleashed bugle tube is here and ready to rip.
On Sale
Save this product
First Lite
LZ Jacket
$280.00 $400.00 -30%
A full-season waterproof Waterfowl jacket designed to fit over varying degrees of insulating layers to keep you warm down to 30°F. The LZ is patterned for wing-shooting with heavily articulated arms and specialty pocketing optimized for security and quick access to essential gear.
On Sale
Save this product
FHF Gear
Blaze Backpack Panel
$36.00 $45.00 -20%
Added visibility and extra storage makes the Blaze Panel from FHF the perfect addition for rifle season.
Get the latest in your inbox
Subscribe to our newsletters to receive regular emails with hand-picked content, gear recommendations, and special deals.
Our picks for the week's best content and gear
For the whitetail obsessed, with Mark Kenyon
Redefining our connection to food, with Danielle Prewett
Your one-stop for everything waterfowl, with Sean Weaver
Get out on the water with the MeatEater Fishing crew
Technical hunting apparel
Purpose-built accessories for hunting and fishing
Quality elk, turkey, waterfowl, and deer calls
Privacy Policy

Video: The Greatest Whitetail Buck Fight of All Time

Iowa. November. Two giant whitetail bucks. If this video doesn’t get you excited for the rut, then I’m not sure what will. It’s amazing this clip didn’t end with a broken neck—either from one of these deer falling down the bank or the hunter falling out of his stand.