Spencer Neuharth Oct 25, 2020
If the video doesn’t play, follow this link to YouTube to watch.
Chris Evans, a whitetail hunter from Illinois, could hardly believe what his trail cameras captured last weekend. In an October 17th photo and October 18th video, a zombie-like deer with an enormous wound passes through his property.
The buck first appeared on camera in September and was perfectly healthy then. Evans isn’t sure what caused the injury, but has been reaching out to neighboring landowners to see if they know.
“Pretty wild thing to see a deer still walking after something like this,” Evans said. “We are trying to see if we can find and kill him if he is still alive.” 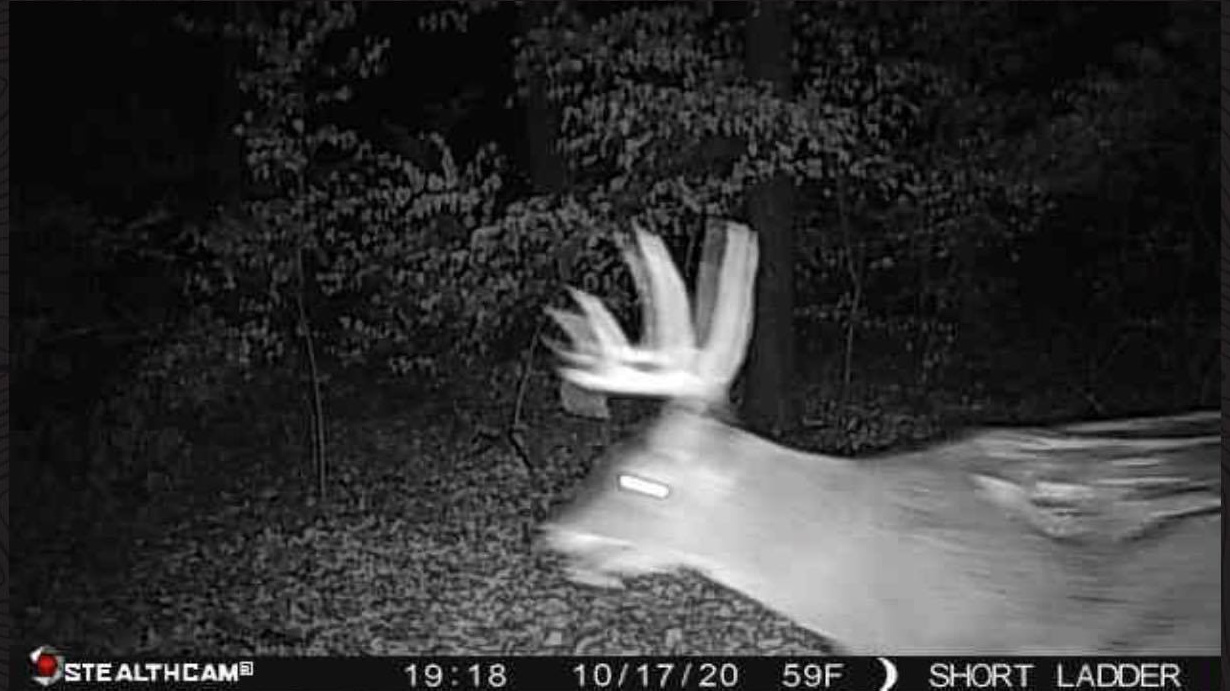 There’s no obvious explanation for the buck’s wound. Evans has heard theories ranging from broadheads and bullets to barbed wire fences and flesh-eating bacteria. His best guess is that it’s from a combine, though. Kip Adams, the Quality Deer Management Association’s director of conservation, believes the injury is mortal. If coyotes don’t kill the whitetail, winter will. “I can’t imagine the infection won’t get him,” Adams said. “Very sad.”

Hunter Weber of Buckley, Illinois, makes the rounds scouting for deer almost every day in November. Despite spending tons of time observing whitetails during the rut, he witnessed something last weekend that he’s never seen before. In an encounter that lasts just over a minute, a young whitetail buck squares up to a crossbred bull and charges. They exchange a couple blows and do a lot of posturing before both going their separate ways. It’s...

Video: The Greatest Whitetail Buck Fight of All Time

Iowa. November. Two giant whitetail bucks. If this video doesn’t get you excited for the rut, then I’m not sure what will. It’s amazing this clip didn’t end with a broken neck—either from one of these deer falling down the bank or the hunter falling out of his stand.

Most hunters probably learned how to make deer vocalizations from fellow hunters—and that’s a damn shame. To truly mimic a rutting whitetail, you want to listen to the real thing. “What I’m hearing is a series of vocalizations that are typically produced by bucks during the rut—that being a snort wheeze and tending grunt,” Mark Kenyon said. “I’ve heard both in the field and it’s always a treat. The snort wheeze is an aggressive sound made by...