Many hunters who live east of the Mississippi River dream of their first western big game hunt, be it calling to bugling elk in the dark timber, stalking pronghorn antelope across the high plains, or glassing rugged desert canyons for mule deer.  But planning such a hunt can be intimidating. 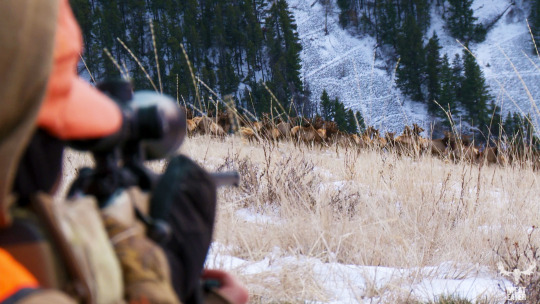 With over 250,000 animals, Colorado has more elk by far than any other state. Statewide either-sex archery tags are available over-the-counter.  Archery season begins in late August and runs until late September. Colorado also has four separate elk rifle seasons that begin mid-October and end in mid-November.

The second and third rifle seasons offer over-the-counter bull tags valid in most of the state’s game management units. This gives hunters a lot of latitude in choosing a hunting area. Non-resident rifle hunters with a bull tag can also get one cow elk tag.

Public land hunting on federal lands is widely available in the western half of Colorado. The Colorado Rockies’ timbered canyons and vast aspen groves are beautiful but also rugged and steep. Get in shape before you go on an elk hunt here. Don’t forget your fly rod. Elk country is also trout country and Colorado includes a fishing license with non-resident big game tags. 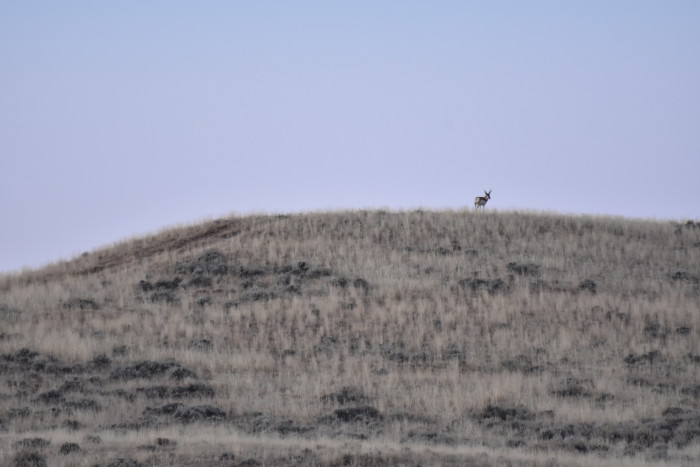 Rifle season alone runs between four and six weeks from mid-September through the end of October. This is a good introductory western hunt, especially for hunters who aren’t in peak physical condition. Those areas that hold strong populations of pronghorns usually offer fairly mild terrain. Hunters who put in a lot of hours behind their binoculars see a lot of animals.

The nice thing about antelope hunting is that because of the open terrain, antelope can be spotted and hunted all day long. Tags are tougher to draw in the western half of the state but hunters willing to do some map research can find great public land hunting opportunities in the central and eastern portions of Wyoming. In many eastern units, hunters can pick up inexpensive leftover antelope and whitetail doe tags. Wyoming’s application deadline for antelope is May 31.

Montana Mule Deer
Montana offers non-residents a deer license that is valid in many of the state’s big game management units. You’ll need to apply for this license by March 15. If you miss the application deadline, there are usually leftover licenses available on a first-come, first-serve basis.

Montana’s mule deer numbers are strong throughout the state. They can be hunted from the state’s western mountains to the eastern badlands on a general deer tag. In much of Montana, mule deer and whitetail deer share some of the same riparian habitats and hunters can shoot either species in many game management units.

Long archery and rifle seasons make planning a Montana hunt fairly easy. And, unlike many western states, Montana’s rifle season runs through late November. This lets you hunt during the rut when the biggest mule deer bucks let their guard down. Non-resident hunters can easily add an elk hunt to their agenda by purchasing an elk-deer combination license.

Montana has some of the best public land hunting opportunities in the West. Between National Forests, BLM land, and state-sponsored Block Management Areas, there is plenty of access to go around.

Nebraska Whitetails
Nebraska usually isn’t on the radar of hunters planning their first trip out west, but it should be. Forget about the flat, sprawling commercial agriculture farms in the eastern half of the state. The terrain and wildlife in western Nebraska is much different than the eastern corn belt country. Rolling plains, remote badlands, and steep, forested canyons dominate the landscape of western Nebraska.

Whitetail deer inhabit all of these environments alongside western big game animals like antelope, elk and even bighorn sheep. Hunters can buy two very affordable buck tags online or over-the-counter for archery, rifle, and muzzleloader seasons. In many areas, whitetail and mule deer habitats overlap and hunters can take either species. Extra whitetail doe tags are inexpensive and readily available.

The Kenai and Chugach Mountains both offer endless public access and extraordinary numbers of black bears. These areas are close enough to Anchorage and other smaller cities that do-it-yourself hunters can drive a rental car to their hunting area and set up camp at a trailhead.

The season begins in late summer when the days are still long and the weather is generally good (at least by Alaska standards.) Just about every drainage leads to good bear country. Hunters who hike up to the alpine slopes above treeline will be able to glass up bears gorging on blueberries, crowberries and cranberries. This diet makes for the finest eating black bear meat there is.  Bring your fishing gear to take advantage of the area’s many rivers full of salmon, grayling and dolly varden.

These are just a few examples of the many public land hunting experiences available in the western United States. There are many other do-it-yourself, big game hunting opportunities out there. With a little motivation and planning, eastern hunters can go on their first hunt out west. But be warned, once you’ve got that first western hunt under your belt, you’ll immediately begin planning your next trip.

Save this product
First Lite
Corrugate Foundry Pant
$195.00
"These are hands down the best hunting pants I have ever worn. That's the flat truth." - Steven Rinella
Shop Now
Save this product
Benchmade
Steep Country Knife
$162.00
A versatile fixed-blade capable of performing throughout any season, on any species.
Shop Now
Save this product
First Lite
Origin Hoody
$160.00
A lightweight, quiet mid-layer designed to be utilized as both an outerwear piece as well as a layering option as temperatures drop.
Shop Now
Save this product
FHF Gear
Bino Harness PRO-M
$125.00
Made with high-quality, durable Cordura, the FHF Gear Bino Harness is designed to be quiet, lightweight, low profile, modular, and easily operated with one hand.
Shop Now
Get the latest in your inbox
Subscribe to our newsletters to receive regular emails with hand-picked content, gear recommendations, and special deals.
Our picks for the week's best content and gear
For the whitetail obsessed, with Mark Kenyon
Redefining our connection to food, with Danielle Prewett
Your one-stop for everything waterfowl, with Sean Weaver
Get out on the water with the MeatEater Fishing crew
Technical hunting apparel
Purpose-built accessories for hunting and fishing
Quality elk, turkey, waterfowl, and deer calls
Privacy Policy

A collection of bullets I’ve recovered from big game animals rests on a bookshelf in my house. They bring back memories of hunts past, but each one also tells a story of bullet performance. Missing from the collection are the bullets that fragmented into tiny pieces or passed clean through. I can’t say for sure that I’ve ever lost an animal because of poor bullet performance, but I do believe choosing the right big game bullet may be more...

A Guide for Hunting Tags and Licenses

Hunting is a highly regulated activity in the United States. Wildlife is managed at the state level, with state game agencies, supported by license sales, deciding who gets to hunt what, where and how. These rules and regulations can and do change annually and are published in a print booklet as well as online.  Each state’s regulations are different, and it’s the hunter’s responsibility to study the regs until you know the applicable laws inside...