How to Pick a Small Game Hunting Spot

As I stressed in Volume I of the Guidebook series, the best hunters spend more time thinking about where they’ll hunt than any other aspect of the hunting process. For them, identifying and gaining access to good hunting spots is more than a simple hobby, they treat it like a job. Year round, they are studying maps, scouting locations, swapping information with their fellow hunters, and making phone calls to landowners and government agencies responsible for the management of public lands.

All this effort goes into solving the primary question that should be on every hunter’s mind: Come hunting season, where will I be?

Private vs Public
Most hunters mentally divide hunting lands into two categories: private land and public land. Private lands are those places where you need permission from a landowner to hunt. Public lands are owned by the people and are open to all hunters.  Note that these are simplified definitions.

There are many private lands made open to public-access hunting through various state-sponsored programs; likewise, some public lands are managed by various branches of government as restricted-access hunting grounds which are meant to provide high-quality hunting experiences to a limited number of hunters who are randomly selected through raffles and drawings.

Public and private lands each have their advantages and drawbacks. Public lands are beautiful just because they are public. We have the best game management system in the world, a system based on the belief that wildlife should be held in the public trust. Public lands give hunters of all backgrounds and economic statuses a chance to utilize the renewable wild game resources that they hold title to. The drawback to public land, especially in the eastern U.S., is that it tends to get a lot more hunting pressure than private land. At times, it can seem as though your local public lands are devoid of game while birds and animals abound on nearby private lands.

One of the marks of a truly talented hunter is that he or she can hunt public land and still do as good as the hunters with access to private land.

In general, hunters on private land are better able to plan their hunts according to the movements and whereabouts of animals rather than the movements and whereabouts of competing hunters. For instance, a public land duck hunter might know that opening day is his best chance to hit a pond that holds a flock of mallards, since his competitors are almost certainly going to be targeting the same birds. Meanwhile, a private land hunter with a limited-access location might know that it’s best to wait before hitting his pond because the birds that are already there will attract flocks of ducks that are getting bumped off public lands by the sudden influx of opening day hunters.

Yet private lands do have drawbacks, especially for independent-minded hunters who want to operate with autonomy. Private landowners often exercise a lot of control over hunters on their land. They can tell hunters where to hunt, when to hunt, and what to hunt. I used to hunt squirrels and woodcock on a property in Michigan that was loaded with cottontails, but the landowner forbade me from shooting them because his nephew liked to hunt rabbits in the winter with his beagles. Sometimes I’d hunt that place and see nothing but cottontails, which always frustrated me.

I had another property I hunted that didn’t allow Sunday hunting. Another landowner forbade me from being on his land outside of regular daylight hours, which made it impossible to get an early start with setting out duck decoys. Yet another landowner allowed me to hunt his squirrels but not his Canada geese, even though the geese outnumbered the squirrels by about 100:1.. Obviously, these people had every right to make such decisions, and they did so for valid reasons.  I always respected their wishes. But hunting on those properties made me acutely aware of the inevitable trade-offs that happen when you give up high-pressure public land in exchange for low-pressure private land.

Certainly, private lands and public lands each have their advantages and disadvantages. A well-rounded hunter should maintain a stable of hunting spots that include each. Here’s how to begin doing just that.

Whose Land is That?
I’ve already mentioned maps a number of times. These are imperative for both identifying and hunting new territory.  Maps come in many forms and they contain a wide array of information that is helpful to the hunter. Here they are broken into three categories, with explanations of what you need and how to use it. 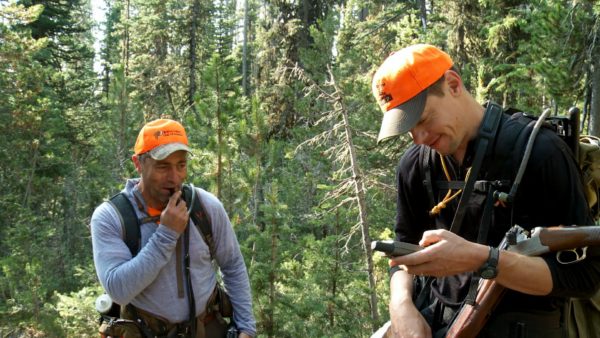 Plat books used to be hard to track down, but not anymore. The Montana-based company onXmaps makes statewide topo/plat maps that are compatible with most Garmin GPS units. So far they offer plat maps for statewide maps for 19 states, and they continue to add more.