A Guide to Hunting Elk

While we now regard elk as a Western species found primarily in the Rocky Mountains, at the time of European contact they were found across virtually all of the lower-48, with particularly impressive herds on the Great Plains.

Habitat loss and commercial hunting almost wiped the species from the map, though modern conservation practices have led to a dramatic rebound of the animals. Every year, elk make their way on to new lands where they’ve been absent for over a century, bringing with them renewed elk hunting opportunities. Today, we have limited elk seasons in a half dozen states lying east of the Mississippi River, up from zero states during much of the Twentieth Century.

These expanding herds are certain to gradually shift our perception of elk country away from the rugged Western landscapes, but for now it’s still fair to say that elk live in some of the wildest, wooliest terrain that this nation has to offer. Venturing into such landscapes in search of this toughest and most graceful member of the deer family should be regarded as an essential pilgrimage in the life of any American hunter.

A.K.A.
Wapiti – from the Shawnee and Cree word wapiti, meaning “white rump.”

Bar Room Banter
The two smooth and loose-fitting tooth-like structures in an elk’s upper jaw are commonly known among hunters as ivories. Rather than being teeth, these are actually vestigial remnants of substantial tusks that once adorned and defended the ancient genetic ancestors of the species.

Physical Characteristics
Coat is copper brown in summer, light tan in fall, winter and spring.  Rump patch is light beige.  Mane and legs are considerably darker than the body.  Males sport antlers, which are shed in the late winter and then sprouted anew in the spring; the antlers of a mature bull can measure well over 4 feet in length with 6 tines per antlers and a tip-to-tip spread of over 3 feet.

Bulls stand 5 feet at the shoulder and weigh around 700 pounds, with some specimens pushing well over a 1,000 pounds. Females, or cows, typically weight between 300 and 600 pounds.

Habitat
Elk live in a variety of habitats, from coastal rainforests to Rocky Mountain alpine to grassland/forest mosaics of the central and eastern U.S. In mountainous regions, elk migrate into higher altitudes in the spring and the opposite direction in the fall, retreating from the deepening snow.

Diet
Elk are primarily grazers, with a strong preference for native bunch grasses. Will also consume forbs, woody browse such as willow and aspen, and a variety of common agricultural crops.

Life and Death
It is common for elk to reach 10 years of age, rarely 15.  Predators include wolves, mountain lions, grizzly bears, black bears, and coyotes. Habitat loss is the primary long-term threat to elk.

Breeding and Reproduction
Elk breed from mid August through mid October; females drop one or two calves in late May and early June. Calves weight about 35 pounds.

Edibility
Many hunters accept as fact that elk is the finest game meat in existence, and is commonly regarded as being far superior to beef.  Suitable for all red meat applications. 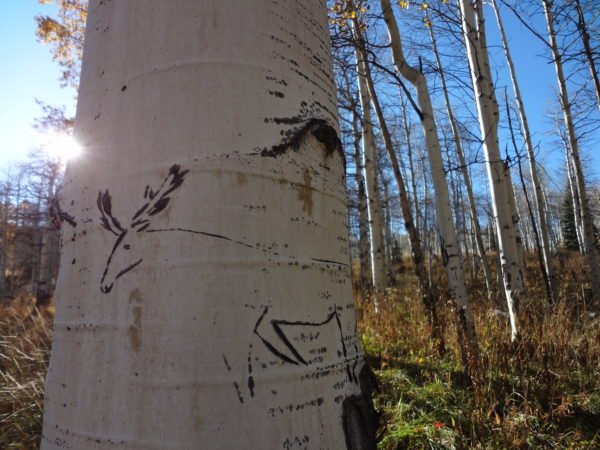 Hunting Opportunities
Residents of Western states enjoy liberal tag allocations; in some states two elk can be killed annually. In most states, non-resident elk hunters have to apply for tags through a lottery system in the spring application period.

Many of these lotteries offer nearly 100% success rates to applicants, particularly for archery hunters. Colorado and Idaho offer over-the-counter options for non-residents tags can be bought until the night before the season opens.  As for the eastern elk herds, tags are very limited and tough to draw.

Elk
Get the latest in your inbox
Subscribe to our newsletters to receive regular emails with hand-picked content, gear recommendations, and special deals.
Our picks for the week's best content
For the whitetail obsessed, with Mark Kenyon
Redefining our connection to food, with Danielle Prewett
With Joe Cermele and Crew
Technical apparel for the avid hunter
Purpose-built accessories for hunting and fishing
Quality elk, turkey, waterfowl, and deer calls
Privacy Policy

Elk are movers. Be it from hunting pressure or weather, great numbers of them will cover great distances with mind boggling speed. But an elk’s toughness goes beyond its ability to climb thousand-feet inclines in times measured in seconds rather than minutes. When hunters hear these massive animals coming through a forest of lodgepole pine, they often draw comparisons to the sound of trains. And there’s no other animal, save perhaps moose, that...

The elk’s long legs and outsized lungs seem to compel it to travel almost constantly, and a hunter’s desire for elk meat seems to compel him to follow. No matter where or how an elk hunter is hunting, he or she is almost surely going to end up using some aspect of the spot and stalk strategy. Thanks to their size and two-tone appearance, tan body, chocolate mane, elk can be much easier to spot at long distances than other mountain game. When...