Fact Checker: Is this Photo of Elk Pulling a Wagon Real?

Myths, lies and old wives’ tales loom large in the outdoor pursuits. Here at MeatEater, we’re dedicated to separating facts from bull, so we created this series to examine suspect yarns. If there’s a belief, rumor, or long-held assumption you’d like us to fact check, drop us a note at factchecker@themeateater.com.

Claim This photo depicts a man from the late 1800s driving a carriage pulled by elk. While it seems legit, we’ve learned that even the most convincing black and white pics of yesteryear can be deceiving. (Check out our Fact Checkers on whales in the Great Salt Lake and Teddy Roosevelt riding a bull moose).

Origin This image has been floating around since the dawn of the internet. Different forums and social media posts place it in California, Oregon, Montana, Wyoming, Colorado, South Dakota, and Minnesota.

Facts According to Dave Hughes, historian from the Old Colorado City Historical Society, this is a real image taken of John “Prairie Dog” O’Bryan in Colorado in the 1890s. Hughes learned the origin from a book Prairie Dog wrote called “Pikes Peak or Bust.”

“It was so disjointed I think he had it published himself,” Hughes wrote in a 2006 article. “Some of the details of his life came from that rare book from my collection. No publisher or copyright was printed in it.”

According to legend, Prairie Dog bought the elk in 1888 secondhand from someone who purchased them at the Denver Stockyards. The elk were captured as calves in northern Colorado by a hunter who shot their mother.

Prairie Dog named them Thunder and Buttons and earned his own moniker via a prairie dog that rode shotgun in the carriage. Prairie Dog bragged of their speed, claiming the elk could get him from Colorado Springs to Colorado City in just six minutes.

After bouncing around the greater Denver area for a while, he left for Chicago. Locals weren’t sad about his departure—Prairie Dog spent more than a few nights in jail, racked up gambling debts in every saloon, and was notorious for causing runaways when his elk spooked horses. A bright spot in his Colorado stint was promoting a local sporting goods store by dressing as Santa and riding his “reindeer.”

But Prairie Dog encountered the same sort of trouble in Chicago and eventually sold Thunder and Buttons for $500. The elk went on to star in Pawnee Bill’s Wild West Show out East, while Prairie Dog wandered the Southwest from California to Santa Fe to Mexico. Years later he bumped into Thunder and Buttons at a show but was surprised and hurt when the elk didn’t recognize him. 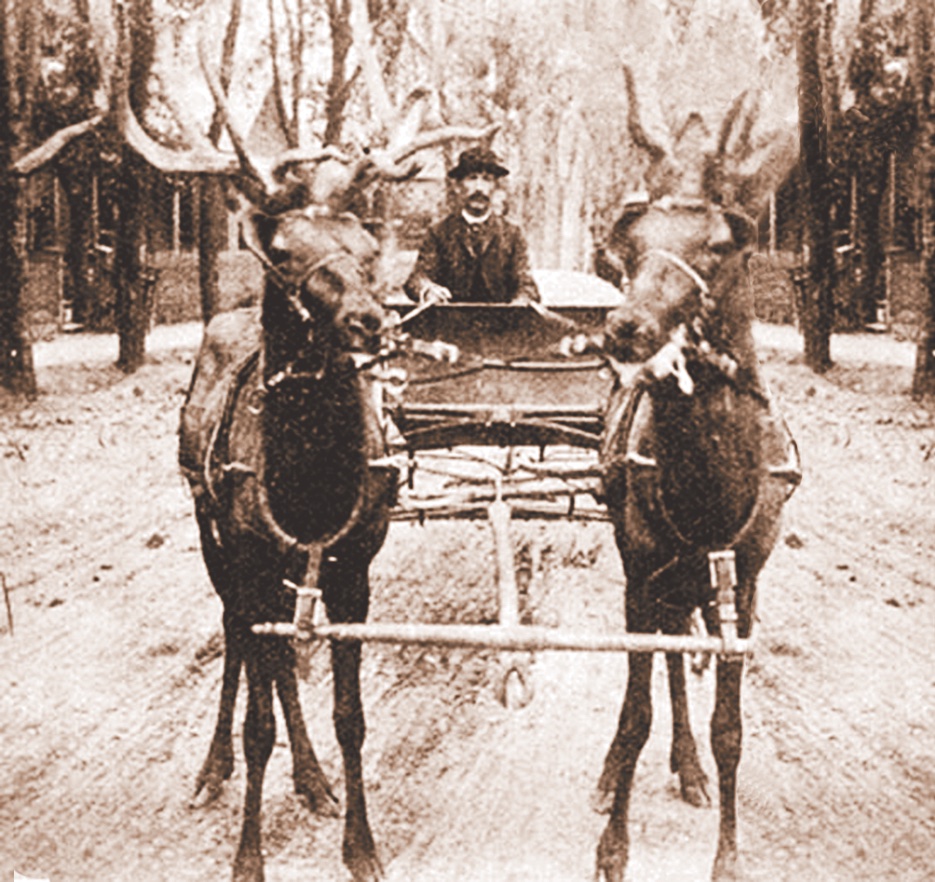 Takeaway Although Prairie Dog and his team of elk didn’t have a storybook ending, their legend lives on some 130 years later in Colorado Springs. The Thunder & Buttons Restaurant, which is in one of the original saloons Prairie Dog surely gambled at, is named for the famous duo. Their most talked-about menu items? Elk nachos and elk chili, of course.

Myths, lies and old wives’ tales loom large in the outdoor pursuits. Here at MeatEater, we’re dedicated to separating facts from bullsh*t, so we created this series to examine suspect yarns. If there’s a belief, rumor, or long-held assumption you’d like us to fact check, drop us a note at factchecker@themeateater.com.  Claim According to multiple Facebook pages, Cam Hanes shot a caribou-elk hybrid with his bow in Alaska. “With DNA testing finally...

The third week of September coincides with the peak of the elk rut, when bulls are fighting, bugling, and chasing hot cows with reckless abandon. Last year, the timing was perfect for calling in an aggressive bull during Colorado’s muzzleloader season—unless you’re one of those hunters that swears a full moon shuts down or delays the elk rut. I’ve killed elk during all moon phases, so I’ve never wasted much time on that line of thought. But I’ll...

A 66-year-old elk hunter in Oregon is dead after getting attacked by a bull he wounded with his bow. Mark David, who was archery hunting on private ground in northwest Oregon, arrowed a bull on Saturday evening. He was unable to recover the elk that night but returned with the landowner the following morning to continue the search. When the duo located the bull around 9:15 a.m., David tried to make a follow up shot on the still-living elk...