6 Ways to Die While Ice Fishing

Casey and I were standing outside the wall tent enjoying the Montana winter starlight in all its glory when red flashing lights from the top of the grade cut through our rapture. Two and a half hours from the nearest hospital, we figured the ambulance must be arriving for a critical reason.

Over the next couple days, we found out through ice chat with fellow anglers and the manager of the small marina shop that two older fishermen had driven their side-by-side straight into open water in the river channel at night. The marina manager believed they’d somehow set a wrong course on their GPS. One man survived. The other didn’t.

Ice fishing fatality statistics don’t seem to be compiled in any sort of handy, nation-wide fashion, but one source suggested that 65 people died in hardwater accidents in 2019, which seems consistent with other data available. I’m personally aware of at least four fatalities already this season in Montana and Wyoming. Ice fishing is generally a safe activity so long as you’re always conscious of safety precautions. If you aren’t, it isn’t.

As a rule of thumb, you shouldn’t go out ice fishing at all on lake ice less than 4 inches thick. You shouldn’t take a snowmachine or ATV on anything less than 5 inches. Cars, side-by-sides, and UTVs require at least 7 inches. Twelve inches is the bare minimum for full-sized trucks, though many experts wouldn’t risk it without 14 inches. Speaking of which, here are the six quickest ways I know about to die while ice fishing.

Use a Vehicle
The report cited above claimed that 32 of the 65 deaths in 2019 were connected to riding snowmobiles, six to ATV and UTVs, and three to cars and trucks.

Obviously, vehicles exert far more pressure on frozen water than walking on foot. They’re great for accessing distant locations but put you in a lot more danger getting there. If you break through on a vehicle, it’s likely you’ll do so at speed, which dramatically increases your likelihood of severe injury from head trauma or getting trapped. Personally, I’d never take one of our Can-Am UTVs on the hardwater unless I’d walked out there and drilled consistent 8-inch ice or seen other, similarly sized rigs out there and followed their tracks.

Don’t Check Reports
As we’ve mentioned before, ice fishermen might be the group of anglers most willing and enthusiastic to share information online. Most major hardwater fisheries will have at least one reliable source for up-to-date reports on ice thickness and fishing success. You’d be foolish not to check for the latter and really dumb not to look at the former. Knowing ahead of time will allow you to plan accordingly. For example, don’t haul the truck-towed ice hut if there is only 9 inches of ice.

If no report is posted online, simply call up a relevant tackle shop. I’ve also seen folks readily answer those questions on forums and Facebook groups. We generally want to protect our own, so don’t be bashful about gathering as much information as you can.

Ignore Shorelines
If you’ve ever had a beer can or water bottle explode in your freezer, you’ll understand how liquids expand as they freeze. Lakes are no different. Ice caps widen as they grow and push up on lakeshores, cracking, shoving, subsiding, and creating all sorts of unpredictable conditions. Sometimes ice in a bay will break free and float out into open water, leaving anglers stranded. Start every hardwater adventure with a healthy dose of caution as you step foot on the lake.

Assume Consistent Thickness
Say you’ve taken ice depth measurements at regular intervals as you work your way out to the honey hole. Unless you intimately know that body of water, it wouldn’t be fair to assume that thickness will continue across the whole surface.

I’ve fished in spots with a foot of ice 100 yards away from open water. The warmer water released by underwater springs is a common culprit. Intakes in front of dams will do it too, as will current in reservoirs and rivers. Those factors might be more common than you might think.

Big lakes freeze up in highly inconsistent progression. You’ll often see bays and the head of the lake freeze first, spreading outward from there. On some large lakes I fish, the areas around the outflow never freeze. There may not be a good lesson here other than to never assume one ice thickness reading will predict the next.

Don’t Bring Safety Gear
After seeing and hearing about my share of ice accidents and fatalities, I don’t ever go out on the hardwater without a pair of ice safety picks or spikes dangling around my neck. Think of it as the fashion of the intelligent ice angler. You can get fancy retractable picks or scrounge up two heavy-duty 6-inch nails and tie them together with paracord as one of my fishing buddies did this year.

I’ve also started packing the whitewater safety throw bag in my ice sled that lives the rest of the year in my raft. A thick, solid length of rope would serve the same purpose. Many of the harrowing situations I’ve read and heard about would have been highly assisted with a good line to haul someone out.

Get Drunk
For many anglers, ice fishing wouldn’t be ice fishing without a shot of schnapps or a light beer handy. I’m inclined to agree, to a degree. Moderate sipping is one thing, but all-out inebriation can cost you. You simply won’t make good choices.

Save the celebration for the bar or garage. When you’re out on the lake, fish hard and keep your head on a swivel. Getting ‘faced is a good way to get into danger. Ice fishing is fun as hell with or without booze, so go have yourself a good ol’ time and get back to terra firma in one piece so you can enjoy all those delicious fillets you’ve procured. 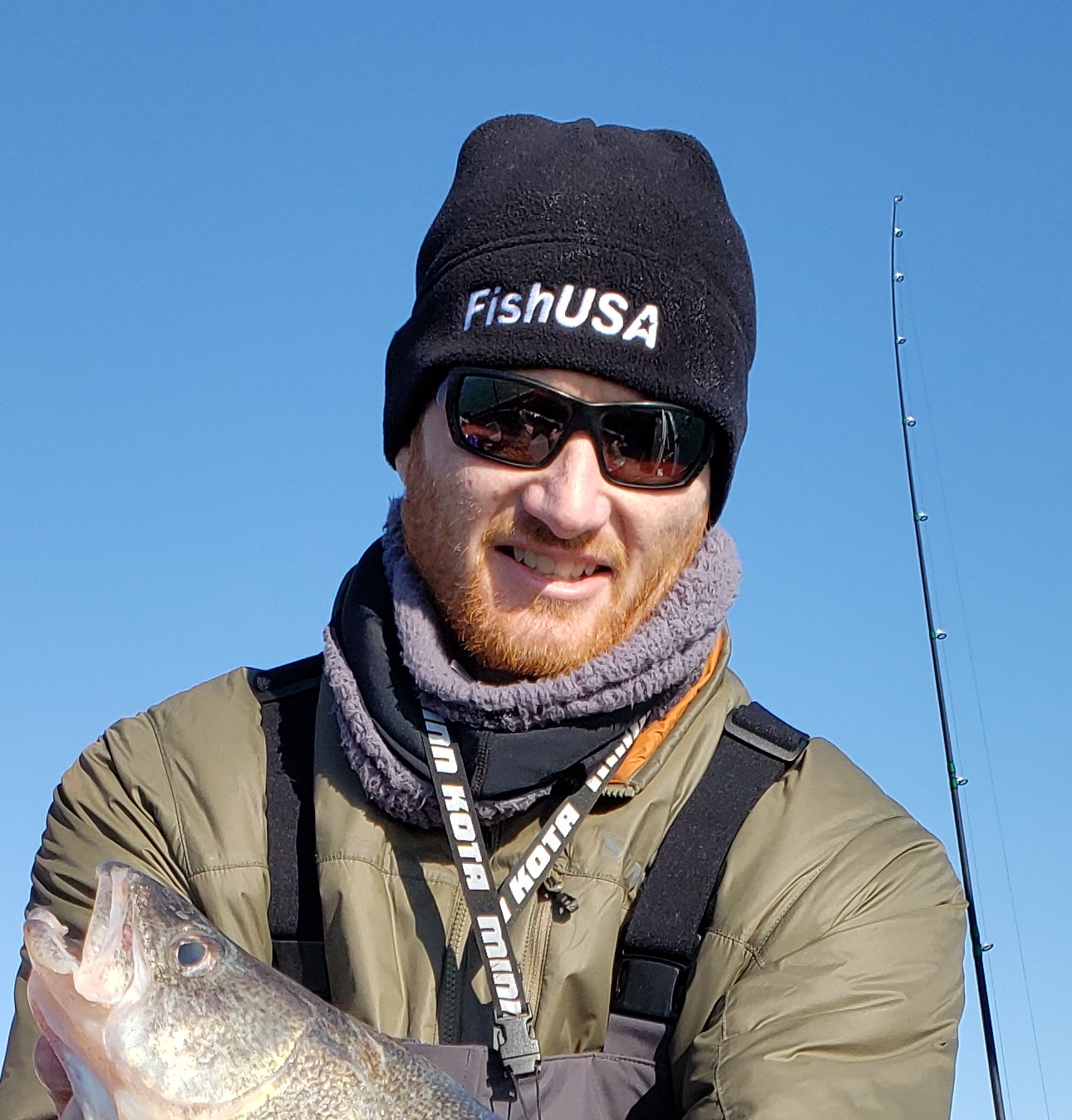 Perch seem to take a back seat to species like bluegills, crappies, and walleyes when ice fishing...

Perch seem to take a back seat to species like bluegills, crappies, and walleyes when ice fishing...

This time of year can be a tough stretch for hunters and anglers in northern states. Big game...

This time of year can be a tough stretch for hunters and anglers in northern states. Big game...

Video: How to Repair a Broken Ice Fishing Shelter Pole

The Fur Hat Ice Tour How-To Series is brought to you by ESKIMO.
January and February are not known...

The Fur Hat Ice Tour How-To Series is brought to you by ESKIMO.
January and February are not known...