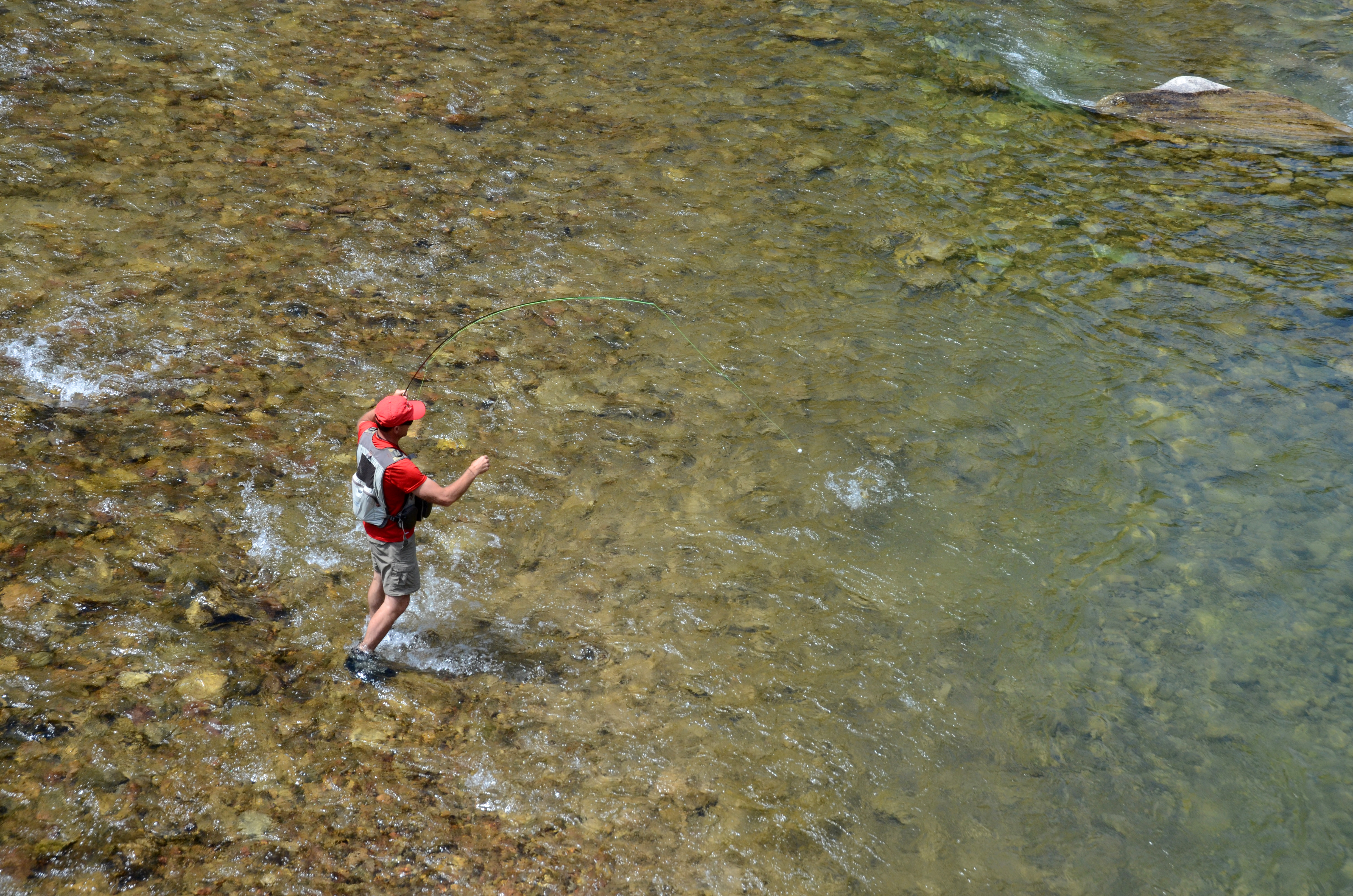 This is the first article in a three part series explaining all the basics of northern pike fishing. Over the next couple of weeks, we’re going to celebrate an under appreciated fish. We’ll help you better understand northern pike, explain some of the best methods to catch pike, and show you how to turn them into delicious meals.

No dad wants to hear these words when introducing his child to fishing. My 3-year-old son and I were sharing a canoe on a small reservoir in north-central Montana. The creature terrorizing the toddler thrashed about the bottom of the boat. I’d previously put a couple smaller specimens on a stringer to his delight but, facing some 8 pounds of writhing, gape-mouthed northern pike, my boy’s ebony eyes communicated his consternation as clearly as his developing speech could.

“No worries, buddy,” I responded soothingly. “How about we just put this guy back in the lake?”

He nodded and recoiled as I grasped the torpedo-like body behind the head and dislodged  a red-and-white spoon from the pike’s jaw. Before dropping our catch back into its underwater lair, I held it aloft for the boy’s appraisal

Peering at its rows of curved teeth like unsheathed claws of a housecat and glowing eyes set in a dull green prehistoric head, Micah nodded tentatively. Only after the fish disappeared in a splash did he regain his enthusiasm for the outing.

My boy’s innate perception of threat was understandable. Humans instinctively withdraw from creatures like snakes, spiders, eels and just about anything that looks likely to bite or attack. This explains some of the negative perception people harbor for pike and bolsters their reputation as ugly, slimy and difficult to eat because of the unique Y-shaped bones in their filets. But as with most broad generalizations, this mistrust derives from misunderstanding. In truth, pike are exceptional sport fish and table fare, and one of the heartiest and most impressive critters that swim.

Pike fry hatch shortly after ice-out in early spring and feed on zooplankton. They soon switch to larger fare like aquatic insects. If food source is scarce, they unabashedly cannibalize one another, a behavior that continues through their entire life. On average, only one in 20 northern pike hatchlings live to see fingerling status .

Adult pike are predatory machines, suspending motionless in  the cover of weedbeds, lilly pads, submerged logs or other structure until some form of prey creeps into range. Then they strike quickly and savagely. When a northern hits a crankbait, spoon or streamer, you know it.

Pike are among the quickest freshwater fish in a sprint. Long muscles propel them from zero to scary fast in a blink, utilizing their length for leverage. That closing speed assures the death of any crappie that ventures too close—and an adrenaline-spiked experience for any angler who hooks a big one.

Pike primarily prey on other fish, but they’re opportunistic. Frogs, insects, snakes, leeches, mice and even squirrels have been found in pike bellies. A YouTube video with 2.3 million views shows a pike outside Fairbanks, Alaska tracking mallard ducklings before snatching one off the surface. According to the U. S. Fish and Wildlife Service, a bald eagle chick was once exhumed from the stomach of a huge female pike. Anglers inclined toward surface action often find great sport with northerns. Poppers, stick baits, buzz baits and whopper poppers yield epic strikes.

The name “pike” likely derives from the Old English “píc,” or pickaxe, in reference to their sharp, flat head. It’s also suggested that they were named after the spear-like weapon called a “pike” from Middle Ages infantry, though it’s also possible that the spear was named after the fish instead of the other way around. Their Latin title is Esox lucius.

Northern pike are native to the Northern Hemisphere all across North America, Europe and Asia. Researchers theorize that during the last ice age pike lurked the freshwater lakes and rivers of the Bering Land Bridge. In North America, the native range of extends from Alaska (excluding southeast), across most of Canada and into the northern tier of the Lower 48. Northern pike share the Esox genus with muskellunge, chain and grass pickerel, and two other pike species found in Europe and Asia—southern and Amur pike, respectively.

Pike have been legally and illegally stocked beyond their native range in the United States. In some places, they co-exist with native and naturalized populations of trout and other fish species more prized by anglers. For example, a very small population of self-sustaining northern pike is present in Montana’s fabled Bighorn River. To date, their impact on trout numbers is negligible.

Elsewhere, introduced pike have decimated prized fisheries. Upper Chateaugay Lake in Upstate New York was once one of the region’s treasured trout lakes. Not many years after an illegal introduction of pike, the state stopped the trout fishing program as the stocked rainbows simply wound up in the bellies of pike. However, there’s now a “Jackfish Derby” that draws local anglers looking to demonstrate their prowess as pike guys.

The small lake where the pike scared the bejesus out of my son was illegally planted with pike. After sampling the flaky, white flesh of our catch, deep-fried and seasoned, my boy took to our next day’s angling with the enthusiasm of a Frenchman for escargot. Skeptics, stay tuned for the next two installments of this three-part series. It’s high time we start appreciating the pike.

Freshwater ,
Pike ,
Get the latest in your inbox
Our picks for the week’s best hunting, fishing, wild foods, and conservation content.
Big bucks, land management, rut reports, and tips for the whitetail obsessed.
Privacy Policy

This is the third article in a three part series explaining all the basics of northern pike fishing...

This is the third article in a three part series explaining all the basics of northern pike fishing...