Mike Johnson, an avid angler from Crystal, Minnesota, has quite the fisherman’s tale to share this winter. Unlike most yarns that anglers spin, though, he has photos to back it up.

Johnson was ice fishing Mille Lacs last week when he hooked into a 40-inch pike on a rattle reel with a 3-inch sucker. After a quick picture, he slid the big female back into the hole and watched her swim off. 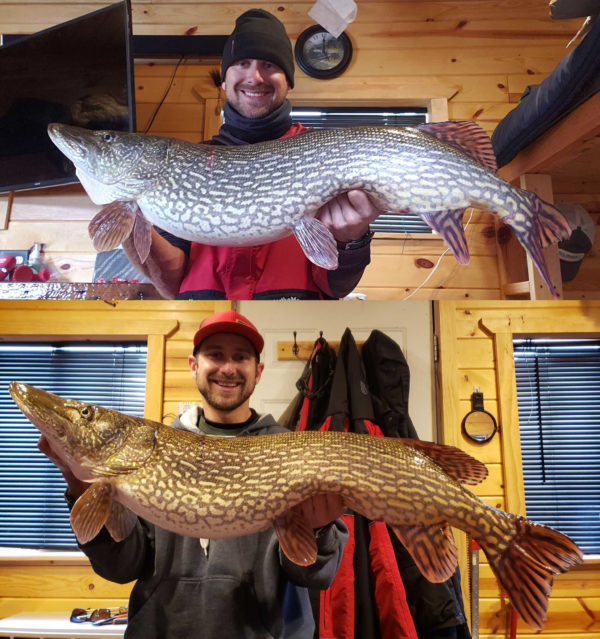 One week later and 100 feet away, he set the hook on another giant northern. This time, the 40-inch pike bit on a 4-inch sucker under a tip-up. It wasn’t until after performing CPR (catch, picture, release) that he realized the fish looked familiar.

“I noticed the cut on its back when I was looking at photos, and then a light bulb went off,” Johnson said. “The first pike had a fresh cut on its back, and this one had a cut that was beginning to heal. I started matching up the markings and sure enough—it was the same fish.” 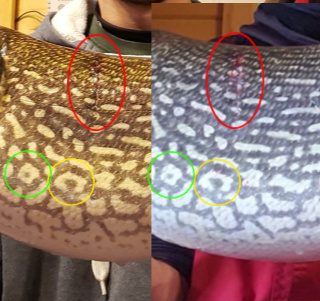 This is the biggest fish Johnson has ever caught twice, but it’s far from the first time he’s experienced hardwater déjà vu. On multiple trips he’s caught and released the same walleye in the same day (Mille Lacs only allows you to keep one walleye per day). He’s also reeled in the same 27-inch pike on three occasions, which was easily distinguishable by the black-spot disease covering its body.

While catch and release isn’t always the answer, Johnson’s experience shows that selective harvest, even at an individual level, has real-world results. “I fish for a picture,” he said. “I keep some eater walleyes, but throw back most fish so they grow bigger and someone else can catch them again.”

This is the third article in a three part series explaining all the basics of northern pike fishing. Over the past few weeks, we’ve celebrated an under-appreciated fish by helping you better understand northern pike  and explaining some of the best methods to catch pike. Now we’re going to show you how to turn them into delicious meals. If you missed Part One or Part Two, you’ll want to go check them out.   On the evening of July 4, 1976, as the...

This is the first article in a three part series explaining all the basics of northern pike fishing. Over the next couple of weeks, we’re going to celebrate an under appreciated fish. We’ll help you better understand northern pike, explain some of the best methods to catch pike, and show you how to turn them into delicious meals.  “I don’t like that fish. I’m scared.” No dad wants to hear these words when introducing his child to fishing. My...