Plenty of tired, frustrated elk hunters may have shaken their fists at the sky with exasperation, wishing a dead elk would just appear on their doorstep. No one in their right mind would ever expect that to actually happen, though.

Charles Zelenka of Glenwood Springs, Colorado, was pulled out of a dead sleep at 2 a.m. on Jan. 5 by some banging on his porch that he originally assumed was a bear trying to breach his predator-safe garbage can. Zelenka turned on the porch light to see a large cow elk lying on her side with her head and neck bent fully underneath her body. She was kicking her legs around.

"At first I though, 'What the hell? There's an elk dying on my front porch,'" Zelenka, 57, told MeatEater. "Interstate 70 runs by on the other side of the house and it's only probably 200 feet away, so I thought it must have got hit by a car and made it up to the house. Then I walked around from my front door to my bathroom window and I looked out over the grill and smoker and I saw the elk had stopped moving. But right then this mountain lion popped its head out from underneath it. I was like, 'holy shit.'" 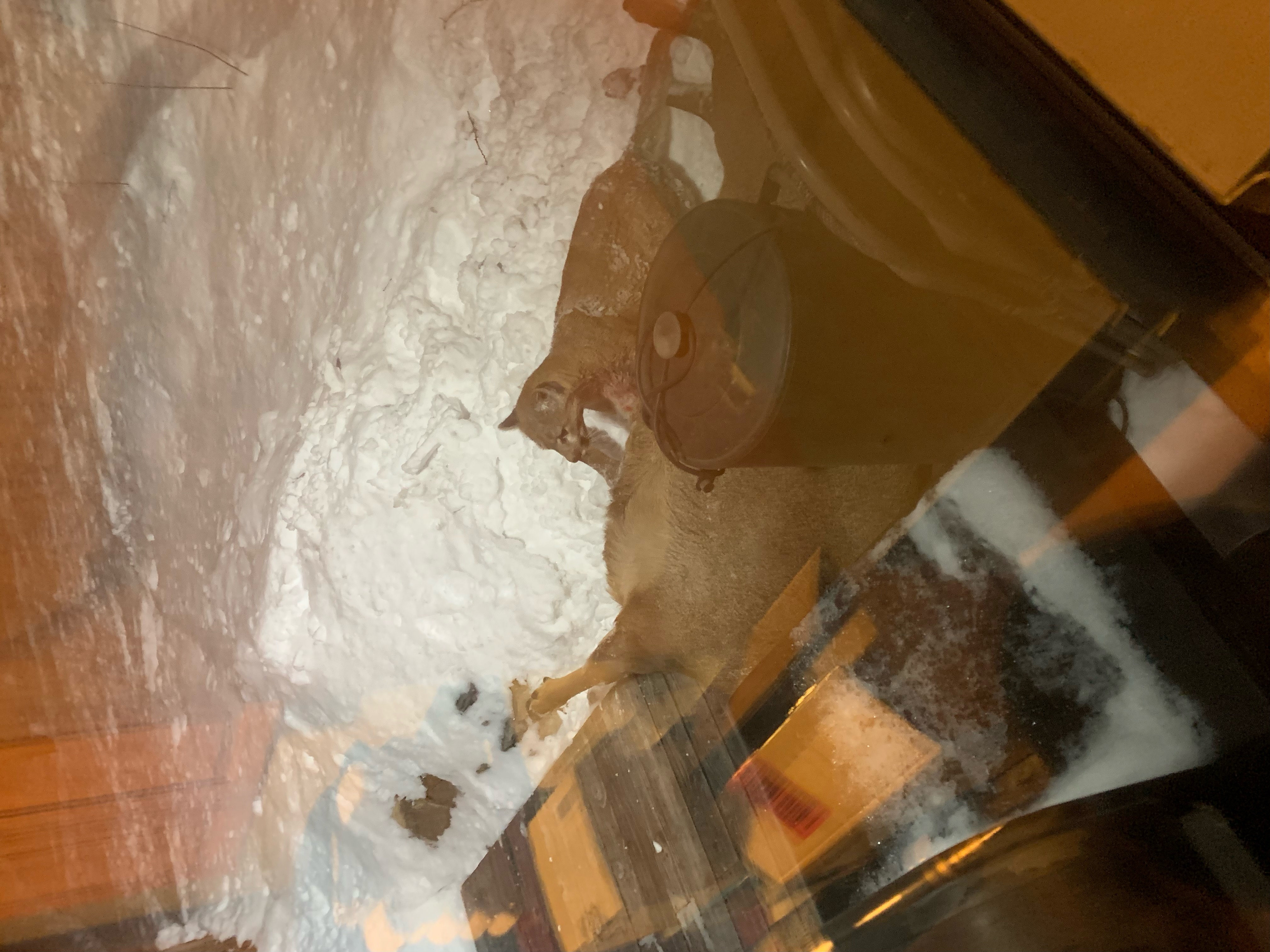 Zelenka called emergency services, where officials told him to just stay safe. They sent Colorado Parks and Wildlife to manage the cleanup the next morning. His house sits on a half-acre lot that backs up to the Flat Tops Wilderness area, a portion of public land that hosted the Turret Fire in June 2018. He hypothesizes that a recent increase in wildlife visits is likely a result of their temporary displacement.

Zelenka continued filming the cat as it hissed at him through the window, and it eventually turned and left the scene. The CPW official warned him that the cat would likely hang around his property for the next few days—a theory proven true by the cat's return to Zelenka's security camera the following evening. 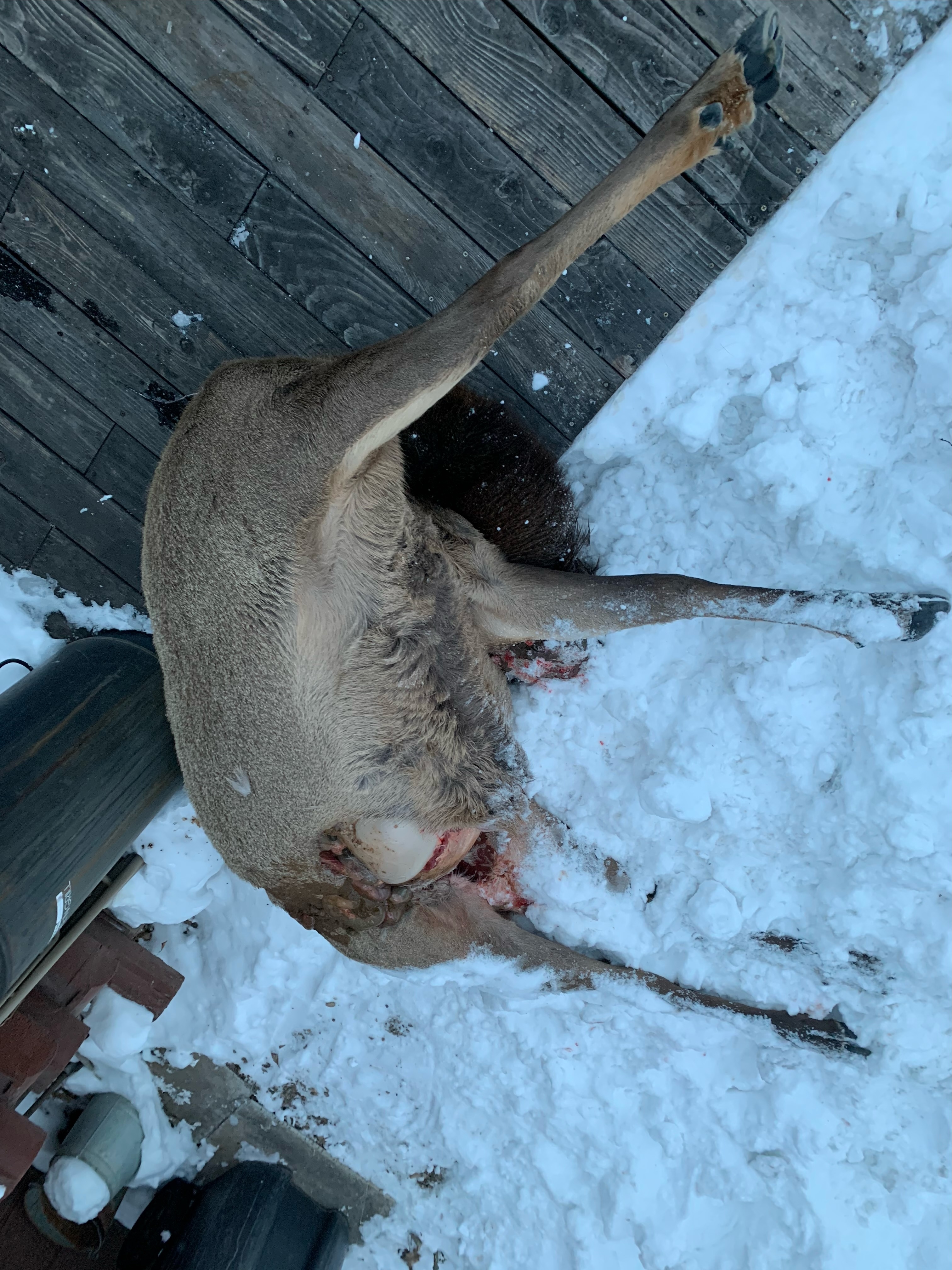 The cow had wounds around its neck and throat and was missing flesh from her organ cavity on the right side of her body. Zelenka said he's seen a few mountain lion deer kills on his property, and every one essentially looks the same.

"You can always tell it's a mountain lion kill because they grab the neck and they twist the animal down in such a weird way," he said. "It cranks the head underneath the body of the animal and exposes their stomach. They go after the stomach and eat the organs first." 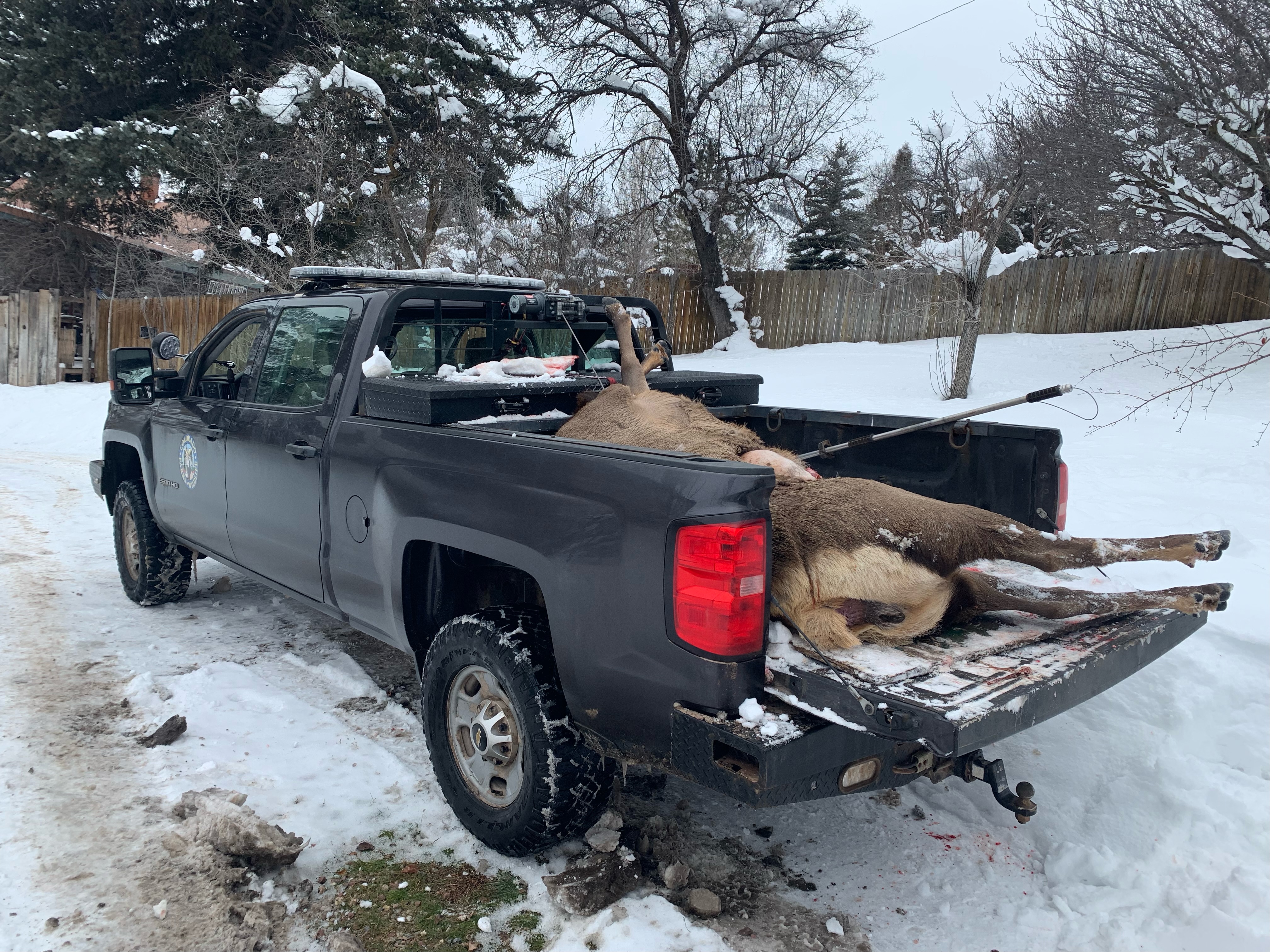 The CPW official pulled the elk away from the house with a tow winch and got it into the bed of the CPW truck. Between the excessive blood trail in the snow and the carnage still spread across Zelenka's porch, the aftermath looked like one viscious crime scene, he said. But Zelenka, a life-long Coloradoan and occasional hunter who is used to bighorn sheep, bears, and even moose rambling across his backyard, remains pretty unfazed.

"I just carry a gun when I go out into the backyard with my dog now," Zelenka said. "I still have elk hair and stuff all over the place. The hair got embedded into the wood fibers on my deck. But that's nothing the snow shovel won't remove over time."

Photos and videos via Charles Zelenka.

It wasn’t that long ago that Charles Zelenka watched a mountain lion kill an elk in the middle of the night on his porch in Glenwood Springs, Colorado. He was lucky enough to see the mountain lion through his window and chose to stay inside instead of opening the door to investigate the ruckus. Michael Warren of Montezuma County, Colorado, didn’t have the same luck. According to a press release, Warren, 47, heard commotion on his front porch at...

Mountain lions are fascinating and elusive predators. They're all over the Western United States, but you rarely ever see them. Of course, when people do see them, such encounters usually get splashed all over the news. While they’re not the boogieman they’re often made out to be, they are lethal and efficient killers. This trail cam footage is from a recent mountain lion kill we discovered during a winter population study in the Sapphire...

Young mountain lions sort out their place in the litter hierarchy early in life. These little ones are only just weaning and are around 3 months old. Their feigned ferocity, vastly outsized compared to their coordination, makes for a lot of bluff and tumble but no real bite. Often, the competition for a scarce resource is what fuels these interactions. But when there is plenty, tolerance is more abundant. And at the end of the day, they’re all...