On Mar. 3, two men poached wolves by helicopter in Montana’s Big Hole Valley. Neither Dalton Tamcke of Wisdom nor Justin Peterson of Dillon had wolf tags or permission to hunt on the Mark Clemow Ranch where they shot the wolves. Killing wolves from a helicopter is illegal in Montana.

Tamcke and Peterson turned themselves in and told wardens they mistook the wolves for coyotes, which they were trying to kill to protect livestock.

According to the Montana Standard, Montana FWP game wardens Regan Dean and Kerry Wahl seized the animals and issued citations two days after the poaching incident. The officers charged Tamcke and Peterson with the unlawful taking of non-game wildlife in need of management, failure to obtain landowner permission for hunting, and violation of commission of department rules for shooting from a helicopter.

Tamcke must pay $425 total in fines and Peterson $435. Neither were forced to forfeit hunting privileges or pay the $1,000 restitution fee typically charged by the state for taking a wolf illegally.

The men used a shotgun with buckshot, which would have required them to be within about 30 yards to make an effective kill.

“Anytime you shoot something, you're supposed to know your target and beyond,” Dean said. “So it doesn't matter if they knew it was a wolf or a coyote. They're still supposed to know what they're shooting at. That's not an excuse."

The relatively light sentencing may reflect Montana’s recent actions to address growing wolf populations across the state. After the USFWS delisted wolves in 2011, the state classified the animals as “species in need of management,” rather than a game species. MTFWP estimates current wolf populations in the state at 1,200 individuals. The management plan mandates a minimum population of 150 or 15 breeding pairs. 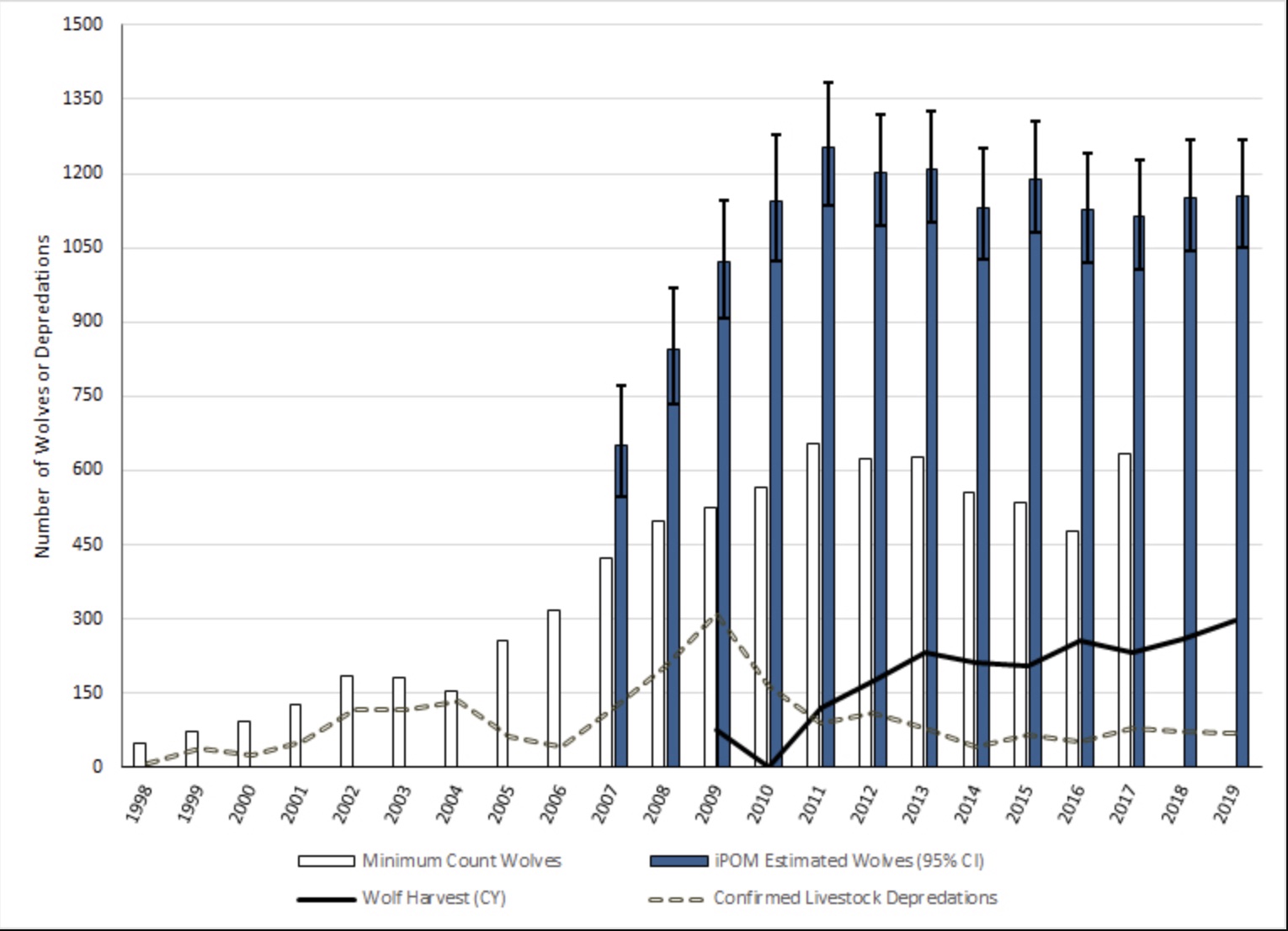 The Montana Legislature recently passed two bills that aim to increase the hunting and trapping of the predator. SB 267 nicknamed the “bounty bill,” allows trappers and hunters who legally harvested wolves to be reimbursed $500 or $1,000 for their efforts, based on where the wolf was taken in the state.

Wolves aren’t legally classified as “predators” in Montana, so they can’t be killed all year and without limit like coyotes. However, SB 314 directs MTFWP to take more aggressive steps to lower wolf populations by changing hunting and trapping seasons; potentially allowing unlimited harvest; and the use of bait, artificial light, and night vision scopes. While SB 314 awaits the governor’s signature, SB 267 has already been signed into law.

In February, Montana Gov. Gianforte made national headlines for shooting a collared wolf in a trap without having taken the state-mandated wolf trapping certification class. He was issued a written warning and his wolf was not confiscated. Following his mishap, the Montana State News Bureau filed a public records request for all written warnings and citations regarding the hunting and trapping of wolves in the last five years. Out of 29 citations, 12 were for the illegal taking, killing, or possession of a wolf which can lead to the $1,000 restitution fee. Of these 12 cases, only one violator had to pay the fee.

Wolves are not considered high-value trophy animals in Montana like big bull elk. SB 200, passed in 2013, allows landowners and their agents to kill up to 100 wolves a year on their property if the animals are a threat to livestock, dogs, or humans. The kills must be reported, the carcass turned into officials, and the hunters must wear blaze orange. 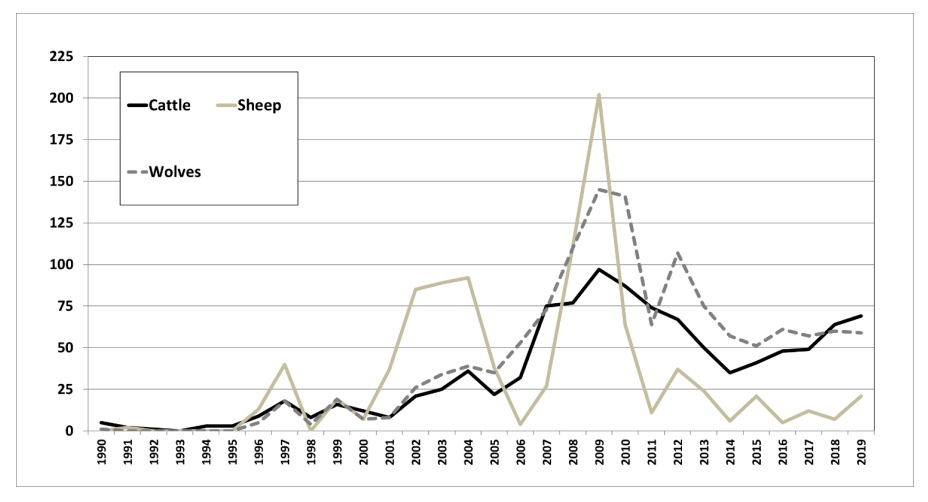 Once wolves become a threat to livestock, their fate is set in stone. “That wolf's gonna die. Is he gonna die legally or illegally?” Dean said. “Either way he's gonna still die. You know, it's kind of sad to look at it that way, but Wildlife Services uses lethal control when wolves get in trouble.”

There is no indication that these wolves were depredating livestock and the landowner had not requested their removal or allowed Tamcke and Peterson to shoot over his property. Even though many stakeholders would like to reduce wolf populations in Montana, hunters must always follow the rules and identify their target before shooting.

Video: Two Wolves Pick a Fight with a Wolverine

These two wolves committed a cardinal sin of fighting: underestimating their opponent. According to the National Wildlife Federation, the average male wolverine only weighs between 17 and 40 pounds-compared to a male gray wolf which can weigh anywhere from 70 to 145 pounds. But what these large members of the weasel family lack in stature, they make up with razor claws, bone-crushing jaws, and a never-back-down attitude. Gulo gulo, meaning...

From the Minnesota Valley National Wildlife Refuge on Thursday, Secretary of the Interior David Bernhardt announced that the federal government would remove gray wolves in the Lower 48 from protection under the Endangered Species Act. When (and if) this decision goes into effect, states will resume management, and some will likely begin to issue permits to hunt the apex predators. “After more than 45 years as a listed species, the gray wolf has...