Six people are facing a slew of criminal charges after a multi-agency investigation tied them to more than 100 poaching-related violations in Vermont and New Hampshire.

According to the Vermont Fish and Wildlife Department (VFW), which headed up a joint investigation with assistance from New Hampshire conservation officers and special agents with the U.S. Fish and Wildlife Service (FWS), the men are accused of poaching 14 whitetail deer in Vermont during the fall of 2021.

“This case involved seven separate search warrants to include residences, vehicles, and cellular devices,” Sgt. Robert L. Currier, a detective game warden with VFW and the lead investigator on the case told MeatEater. “We were able to execute five of the warrants on the same day with over 30 game wardens and special agents involved.”

While the suspected poachers were arrested and charged in Vermont, the months-long investigation turned up similar offenses in neighboring New Hampshire. Charges in the Granite State are still awaiting court proceedings, but according to New Hampshire conservation officer Heidi Murphy, several of the same suspects are accused of taking four illegal bucks in that state as well. 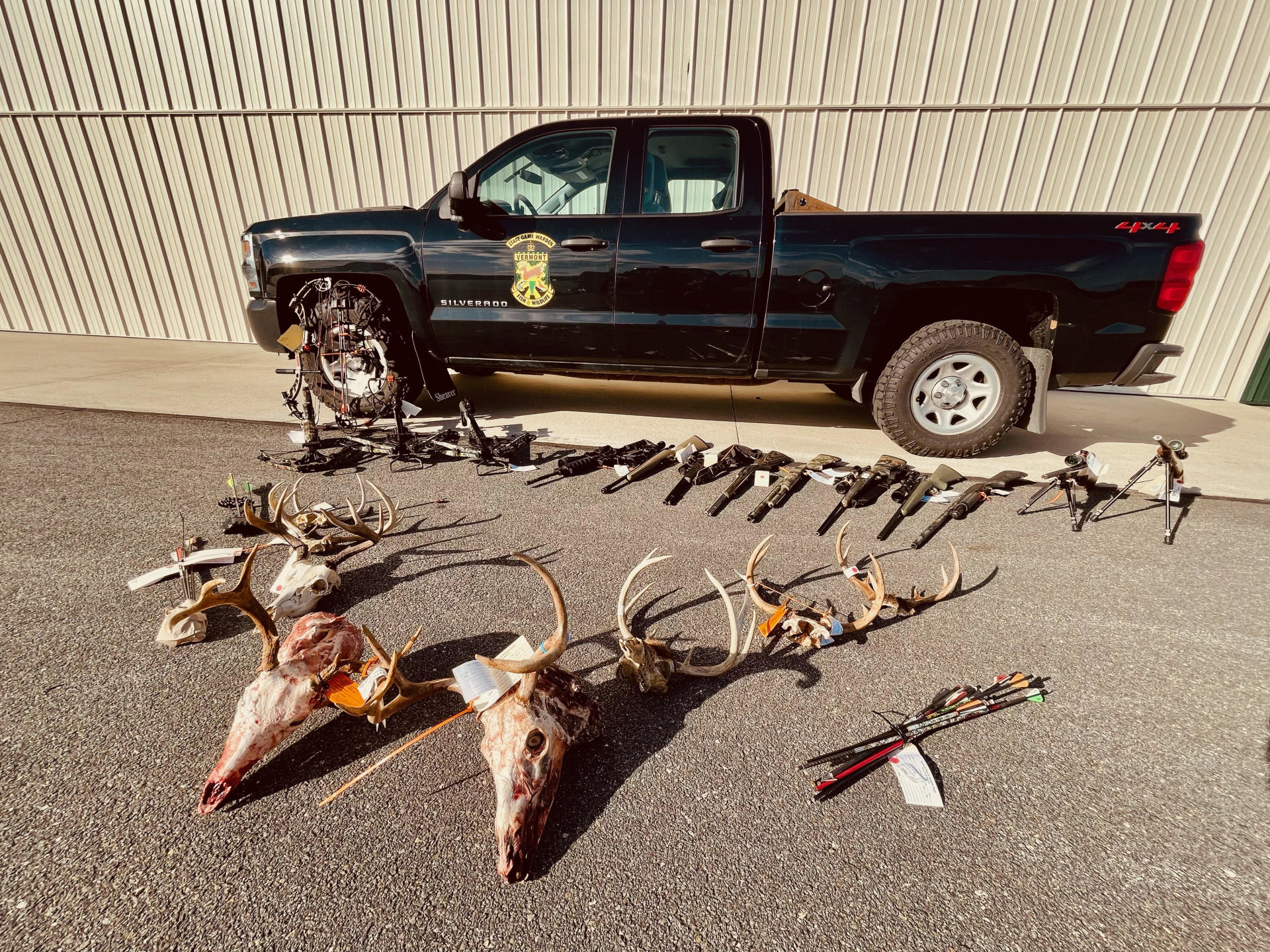 According to Murphy, federal authorities got involved in the case when it became apparent that the suspects had violated the Lacey Act.

The brainchild of a conservation luminary named John F. Lacey, the Lacey Act prohibits the transportation of illegally-taken wildlife across state lines. It was introduced by Lacey in the waning years of the 19th century and signed into law by President William McKinley in May 1900.

The suspected poachers in this case ran up against the Lacey Act when they began bringing some of their Vermont-killed whitetails over to New Hampshire for false registration.

“Two deer that were killed in Vermont were transported to New Hampshire to get registered,” Murphy said. “The FWS got involved because that’s considered a Lacey Act violation.”

The accused in the case are: Zackery Baxter, 26, of Sharon, VT; Jeffrey Degrasse, 26, of Hartford, VT; Kobe Labonte, 22, of White River Junction, VT; Casey Thayer, 27, of Hartford, VT; and Patrick Whitcomb, 24, of Hartford, VT. There is one additional person facing charges in New Hampshire whose name has not yet been released.

All of the above-listed men appeared in a Vermont courthouse on April 26, 2022 to answer to charges that include feeding deer, taking deer during closed season, possession of illegal deer, transportation of illegal deer, failure to tag big game, and providing false information to police officers. 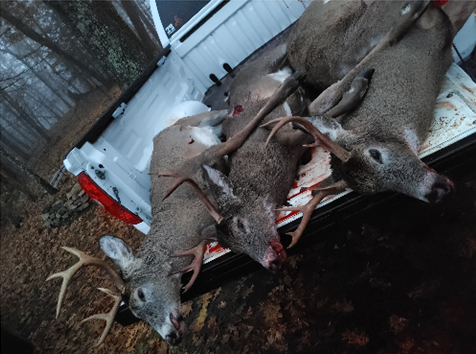 Officials with VFW say that the illegal take of so many deer will have an adverse effect on the population dynamics of the area’s carefully-managed deer herds.

“It will take three to four years for the deer population in Windsor County to recruit additional mature bucks and replace those that were illegally taken this fall,” said VFW Wildlife Division Director Mark Scott in the press release. “Poaching at this scale is a blow both to the local deer herd, and to Vermont’s culture of fair and equal access to public trust wildlife.”

According to Currier, the activity of the accused poachers may have gone unnoticed if it hadn’t been for tips sent into VFW by a number of concerned hunters last fall.

“This investigation was only possible thanks to tips from conservation-minded hunters who alerted game wardens to poaching in their communities,” he said. “Their actions and ethics highlight the contrast between true hunters and poachers.”

Eight people are facing criminal charges in a grand jury indictment after a deer processing outfit in Ohio was found to have poached more than 30 whitetail deer and stolen some 700 pounds of venison from its clients. The stolen meat, which A & E Processors skimmed from the harvested deer of their paying customers, was then sold for a profit. While five of the eight individuals named in the indictments were directly employed by A & E Processors...

In mid-September 2021, West Virginia Division of Natural Resources (WVDNR) officers in Mineral County started receiving complaints of someone spotlighting deer. Those tips ultimately led to 223 charges filed on Jan. 24 against against eight Mineral County residents for killing 27 bucks. According to a press release from WVDNR, two of the eight people involved were deputy sheriffs in the county, Tyler Biggs and Dalton Dolly. Both have since...