Two women were found guilty of hunter harassment after deflating the tires of a bear hunter’s truck and releasing a German shepherd that attacked and severely injured a leashed bear hound, according to the Vermont Fish & Wildlife Department.

The incident occurred on Oct. 9 near the 26,000-acre Groton State Forest in northeastern Vermont. A bear hunter named Theodore Shumway was hunting with two companions in the state-owned forest when a black bear led his hounds onto an adjacent parcel of private property.

In Vermont, hunters are allowed to retrieve wayward hounds from unenclosed private property, even if they don’t have express permission to actively hunt said land.

In an effort to retrieve his dogs, which he was actively monitoring with GPS collars, Shumway and his party parked on the side of a public road and entered the privately-owned area where the hounds had treed the bear. According to authorities, the hunters did not shoot the bear and left it in the tree after retrieving the hounds.

When Shumway and his fellow hunters returned to the truck with the hounds in tow, they encountered Donna Babic and Betty Eastman, both of nearby Groton, in the act of deflating their tires.

Unsurprisingly, a heated argument between the hunting party and the truck vandals ensued. According to the Vermont Fish and Wildlife Department—which headed up an investigation that ultimately led to guilty verdicts for both of the accused on Nov. 22—after the verbal altercation, Babic released a German shepherd from Eastman’s vehicle, which violently attacked one of Shumway’s leashed hounds. 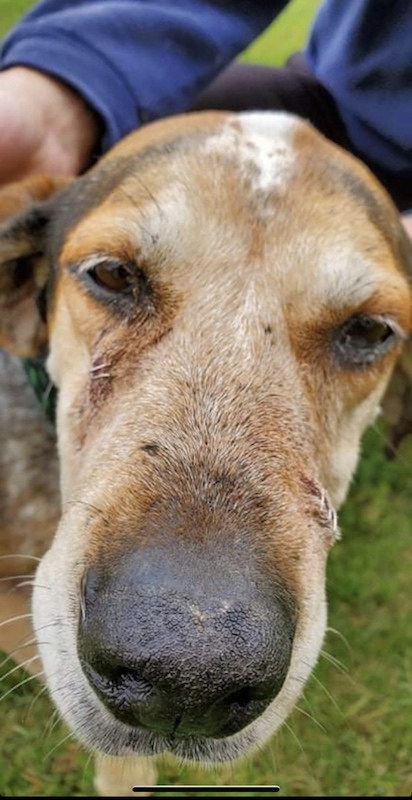 The injured dog, a female English hound named Sadie, sustained wounds to her head, legs, and pelvis. The most serious wounds occurred where the German shepherd bit her in the pelvic region.

According to a description in the veterinary bill, bite wounds extended deeply into the muscles and into the bones of the hound's pelvis. A small piece of bone was badly damaged and broken off, and the vet placed a drain in one of the pelvic wounds to prevent infection.

After the attack, Shumway called 911, and Vermont State Troopers arrived on the scene.

Babic told responding officers that she had intended to “make a statement” with her actions. 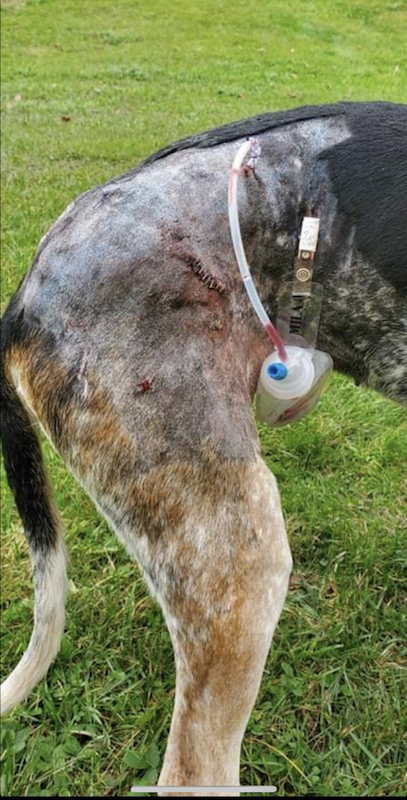 The troopers ultimately handed the investigation over to VFWD. Game warden Mike Scott, whose territory covers much of northeastern Vermont, determined that Shumway and his hunting party were fully-licensed and acting within their legal rights when they entered the private property to retrieve their dogs.

According to Scott, neither Eastman nor Babic own the land upon which Shumway’s dogs ended up treeing the bear, but they do live nearby.

Babic told the responding troopers and investigators with VFWD that she did not intend to release the German shepherd but accidentally let it out of Eastman’s back seat in the wake of the heated argument.

“It doesn’t quite add up to me, but her adamant statement is that she did not intend to release the dog into the situation,” Scott told MeatEater. “The fact of the matter is that the woman who released the dog rode to the scene in the front passenger seat of the vehicle, and then, when she returned to the vehicle after the argument, she opened the rear driver’s side door.”

For their role in the incident, Eastman and Babic were cited by VFWD with violations of Title 10 VSA 4708, a state statute that prohibits individuals from interfering with the lawful take of fish and game. They were each fined $262 and will lose their hunting and fishing privileges for a year-which seems unlikely to cause them problems.

According to Scott, the warden, Eastman said that she will voluntarily pay Shumway’s vet bills, but he has been unable to confirm that the bill has been paid. If the bill is not paid voluntarily, the prosecutor’s office in Caledonia County Superior Court will seek restitution.

"Vermonters don't always agree on wildlife management, especially when it comes to big game,” Batchelder said in a press release issued by the department on Dec. 14. “Even so, I would ask that Vermonters respect one another's constitutional right to hunt. Intentionally interfering with legal hunters in any fashion will result in court action, especially in a potentially dangerous fashion as we saw in this case."

I’m sitting in bed, inside my camper, parked just below an open hillside within Wyoming’s Bridger-Teton National Forest. It’s 9:00 in the morning, robins are chirping outside and a fresh dusting of snow is melting off the roof under the sun’s gaze. From the window to my right, up on the hill, I can see eight tawny brown bodies, lighter in the back, darker in the front. My wife’s telling me I need to be working. But I can’t put down my binoculars...

By Mark Kenyon I’m a hardcore hunter and a serious book worm. Yes, these two labels can be applied to the same person, and for that reason I believe I’m uniquely qualified to put together this “ultimate recommended reading list for hunters.” I read dozens of books every year, if not more, related to hunting and I’ve seen plenty of good books, a few great ones and a handful of awful reads too. Today, after filtering through all the texts I’ve read...

I’ve always felt that I’ve been especially blessed as a deer hunter. Not necessarily because of my success, though I’ve had my moments, but rather because I’ve been able to experience so much of the deer hunting world. I grew up in Vermont, had family property in New York and Indiana, and when I was in my mid-twenties, I moved to Montana to become a guide. I’ve been lucky enough to hunt deer in a variety of different states, utilizing a...