For most hunters, a taxidermy collection is invaluable in the truest sense of the word. Any European or shoulder mounts on the wall got there through our own toil or that of a forebearer. A dollar amount fails to capture that personal history and those fond memories—not that anyone would actually pay a whole heck of a lot for a handful of middling bucks and a raghorn bull anyway.

Two warehouses recently unearthed outside of Valencia, Spain, however, give new meaning and value to the phrase “private taxidermy collection.” 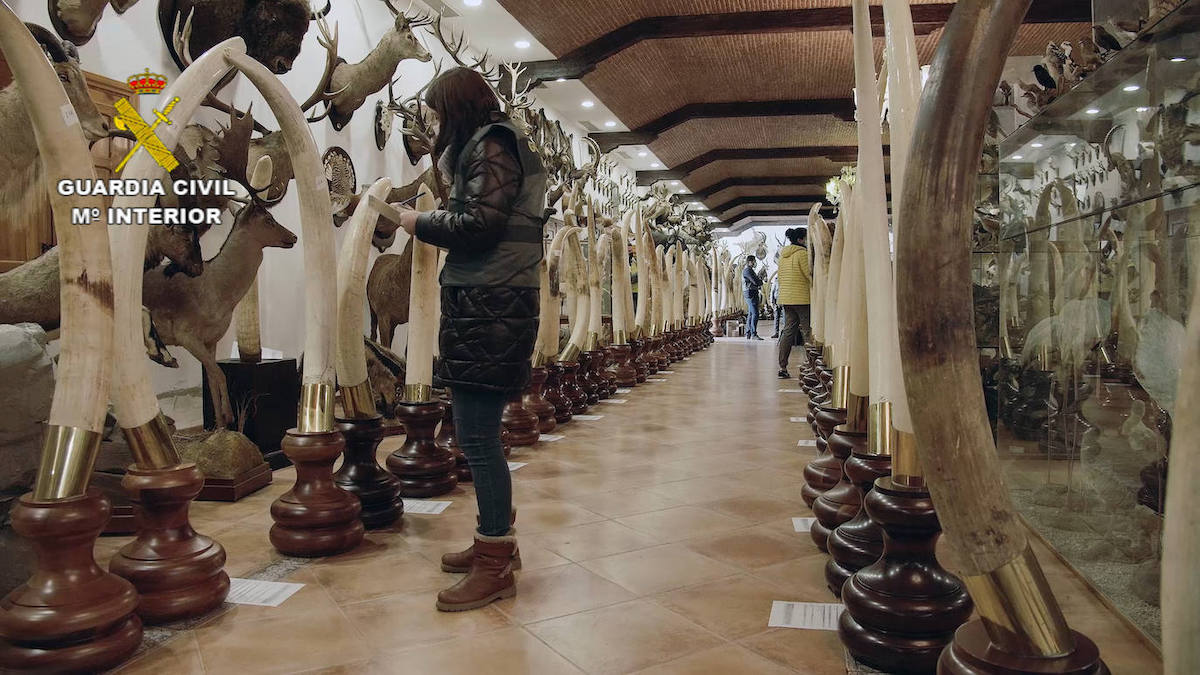 According to The Guardian, the collection also included more than 405 species listed as vulnerable or endangered under the Convention on International Trade in Endangered Species (CITES), such as a snow leopard and Bengal tiger. There was an addax, the critically endangered white or screwhorn antelope, and even a scimitar-horned oryx, which have been listed as extinct in the wild since the year 2000, though are still found on some private ranches in the U.S. Some of those specimens could carry consequences to the owner without proper documentation.

(We found some similar CITES-listed taxidermy for sale online a while back, read about it here.)

According to a press release from the Guardia Civil, their agents got wind of this animal assemblage back in November 2021. The Nature Protection Team executed the search and were clearly surprised by what they found, calling it the “largest find of nationally protected mounted animals and one of the largest in Europe” (translated). Lieutenant Carlos Domínguez, head of the Nature Protection Service in Valencia, told Las Provincias “It was amazing. (It) far exceeded our expectations." 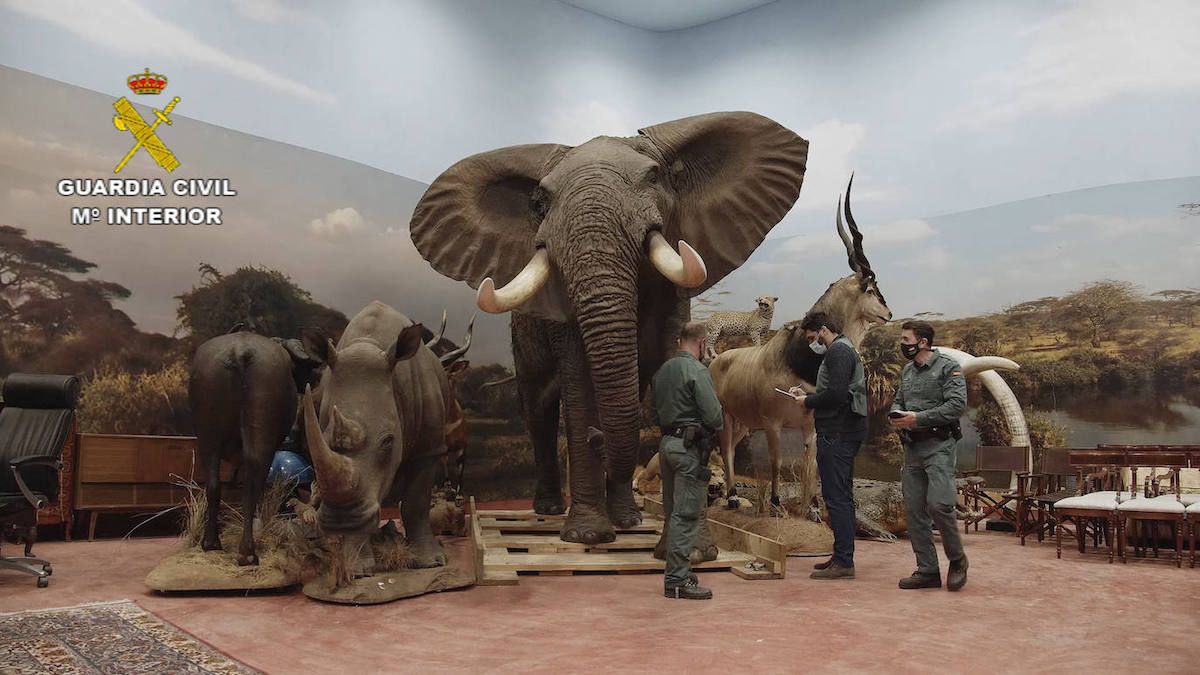 The agency estimated the collection to be worth some 29 million Euros on the black market, which is about $31.3 million in U.S. Dollars.

Interestingly though, no one has yet been arrested following the seizure. The police are currently looking into whether the owner has the proper documentation for the possession of so many rare and endangered creatures.

Though most English publications have not named a suspect, Spanish newspapers say the warehouses and estate recently raided in the town of Bétera were formerly owned by a prominent Valencian businessman, Francisco Ros Casares, who died in 2014. Investigators expect that much of the collection was hunted or purchased by the late steel magnate. His massive business group and estate, which also included local soccer and basketball teams, passed to his two sons, but has since fallen into bankruptcy and liquidation. 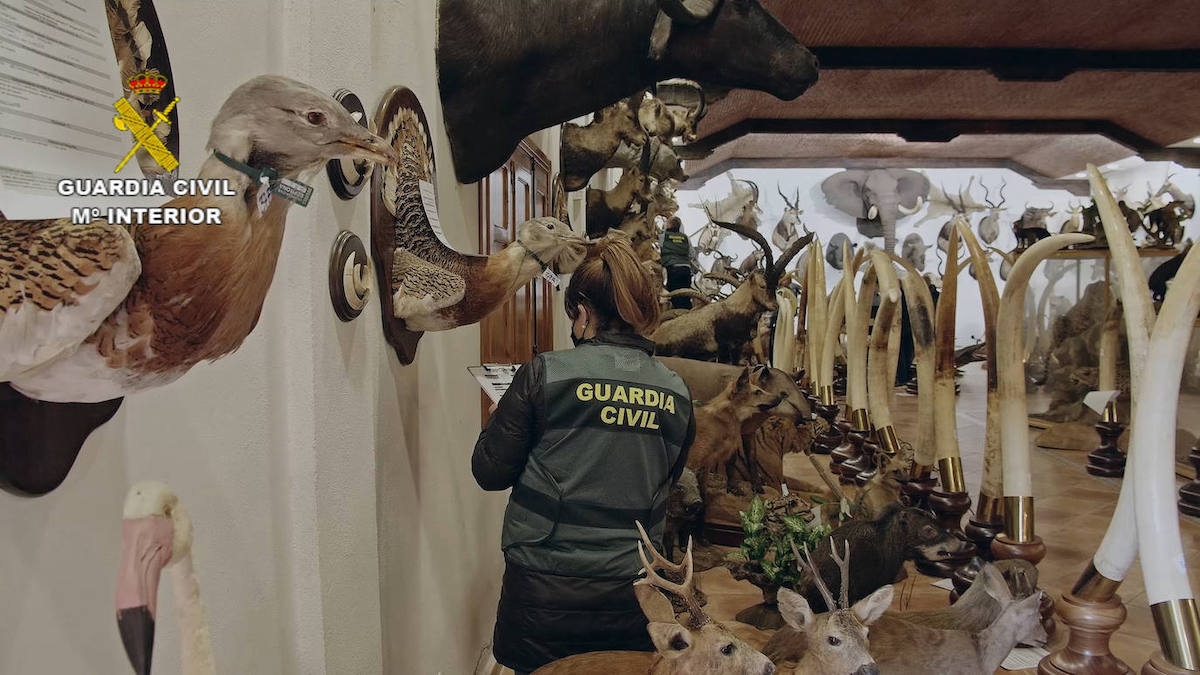 Casares’ son, Juan Ros Garcia, reportedly shares his father’s passion for hunting and taxidermy collecting. He is under investigation by the Guardia Civil but has not yet been charged. It’s safe to assume that many of the individual animals in these warehouses were harvested, purchased, and/or imported legally. It also seems plausible some others weren’t.

Spain is one of many developed nations that signed and enforce CITES, the non-binding international treaty from 1973 that restricts trade in imperiled wildlife species. 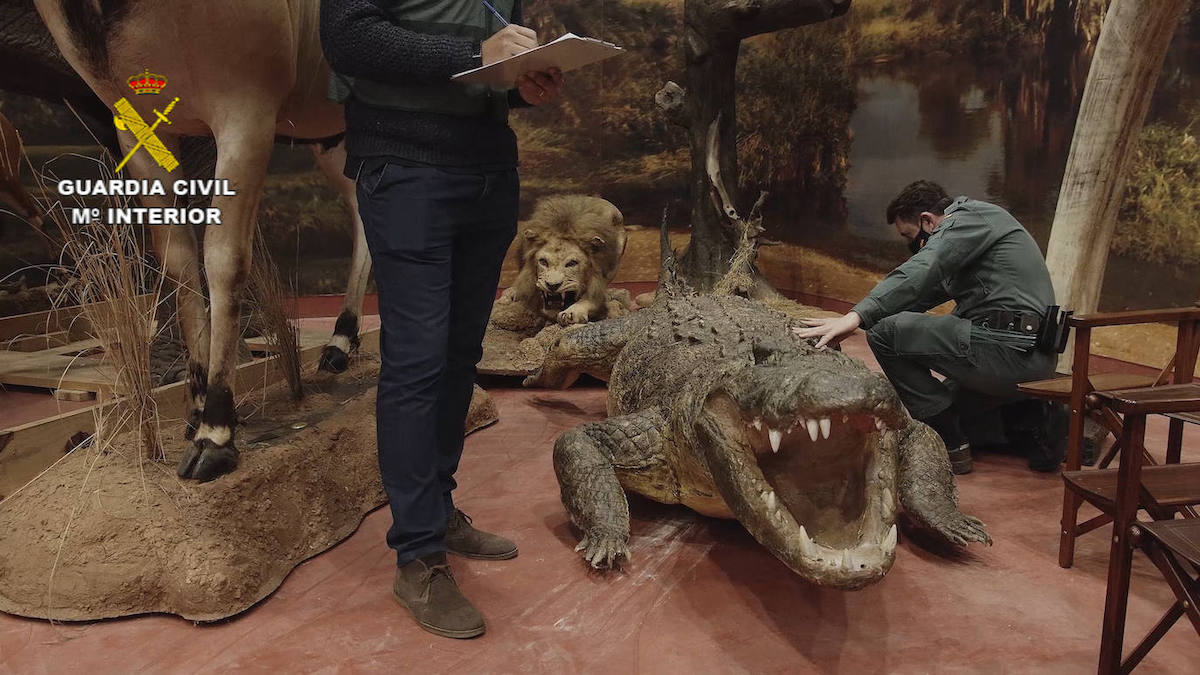 Some of these mounts look pretty old, so it is possible they were acquired prior to the CITES convention and could be exempt. But it’s at least equally possible that some specimens lack the rarely granted import and export permits for certain species that are hanging on by a thread. That could lead to confiscation, large fines, and even jail time under Spanish trafficking laws. But there is not yet publicly available proof that Juan Ros Garcia has done anything wrong.

If the owner shot one of those big bull elk on a legal, free-range hunt in North America, we hope he gets to continue enjoying their antlers. If he or his father smuggled in one of the less than 500 remaining addax antelope left in their native range, he might have to see it next time in a museum. 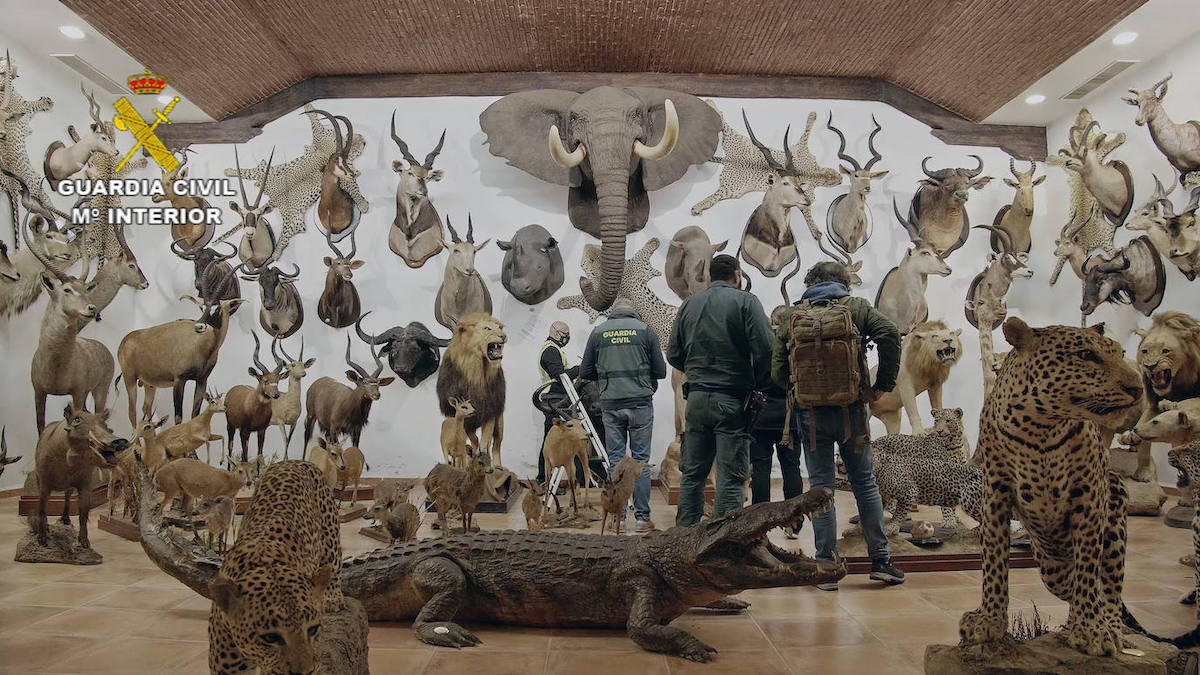 You might have to scroll down on the video to get it to play from a mobile device. While Texas Parks and Wildlife (TPWD) biologists were conducting wildlife surveys in the Trans-Pecos area when they spotted something extremely out of the ordinary—a melanistic mule deer. According to the TPWD Trans-Pecos Wildlife District Facebook, it’s difficult for biologists to quantify the number of mule deer with this condition. It’s estimated to be around...

On May 27, the San Francisco District Attorney’s Office, along with California’s Department of Fish and Wildlife (CDFW), sued Tam Van Tran for unlawfully trapping Dungeness crabs in the North Farallon Islands State Marine Reserve. Within the highly protected Marine Protected Area (MPA), taking any fish is unlawful. According to the official legal filing, “this is the most egregious case of unlawful crabbing in San Francisco’s history, as well as...

On August 8, naturalist tour guide Doug MacCartney and two friends witnessed a truly remarkable sight in a high-alpine bowl south of Yellowstone National Park. The trio was watching a grizzly sow and three cubs feeding in a remote basin in the Teton Wilderness when 13 wolverines suddenly appeared on the slope in hot pursuit of the bears. Viewing a single wolverine is considered a once-in-a-lifetime phenomenon; witnessing over a dozen in one place...