Survival is not guaranteed in the wild. To borrow a few words from Thomas Hobbes, the life of a young mountain lion can be "nasty, brutish, and short." For cougars, the average litter size is one to four cats; however, only one or two will see the average dispersal age of 15 months. Fewer still will live long enough to have kittens of their own.

But what happens to the unlucky young cats that don't make it? We know that many kittens succumb to illness, injury, starvation, or infanticide by unrelated males. But this practice is often abstract and distant in the research world, something that we never actually witness. We’ll know a mother had a few kittens one season and has fewer by the next, and we are left to wonder about what happened. We’ll blame the usual factors but rarely are we confronted with the blunt realities of the natural world. 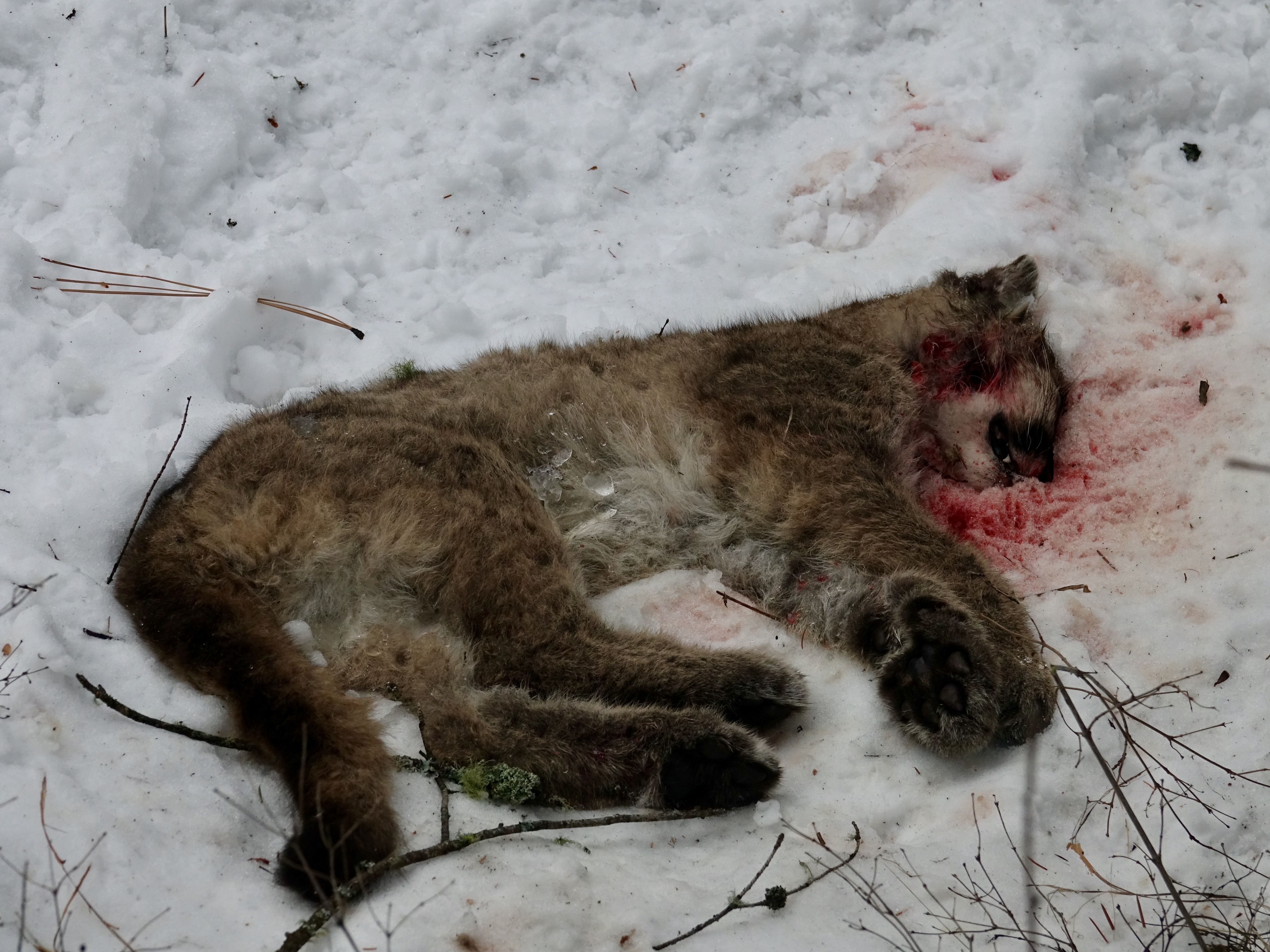 This time we were only hours behind witnessing the harshness of the wild. Field technicians arrived on this scene the morning after the kitten’s death. They began the painstaking process of investigating the track record, documenting the event, and tracking the individuals involved to piece together how it unfolded.

To the best of our knowledge, this is what took place: A mother mountain lion with three 4-month-old kittens crossed paths with a large, probably unrelated male at a kill site. The event could have played out several different ways, but the general result was that the tom attacked one of the kittens, delivering a fatal bite to the head and puncturing the skull. The kitten ran a few yards downhill and collapsed. The mother then fled a few miles away with her two remaining little ones. 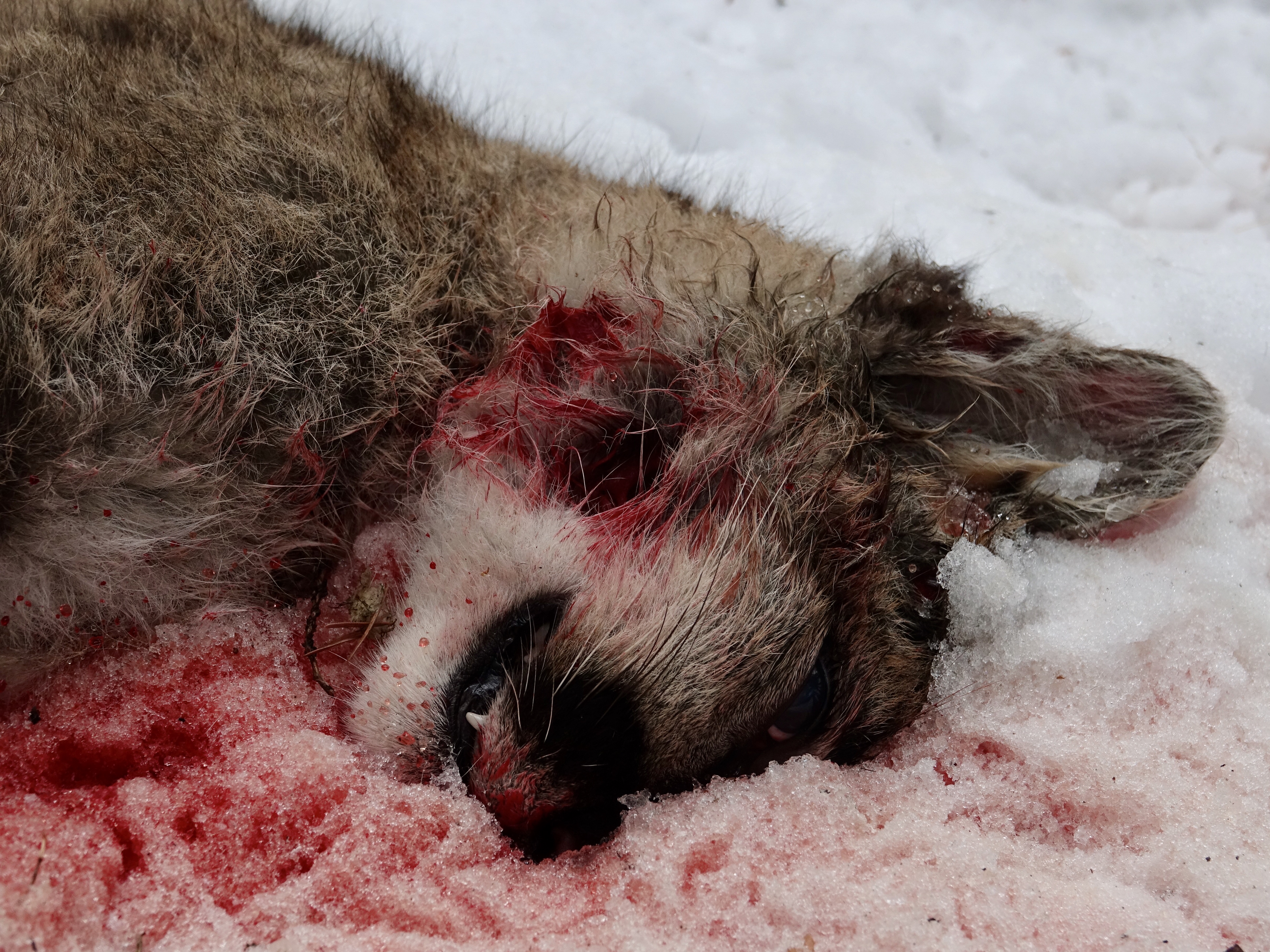 We put cameras up on the kill site and the dead kitten as soon as we could. The tom spent the next day and night feeding on the deer and never revisited his victim. The mother stashed her two remaining kittens under a large ponderosa, and as night fell, she made the trek back to her dead offspring. We recorded her visiting for just a moment before leaving. It makes me wish I could know the inner world of a mountain lion. What was running through her head?

After the mother left the scene, another cougar with a distinctive rip in its ear showed up and fed on the dead little cat. 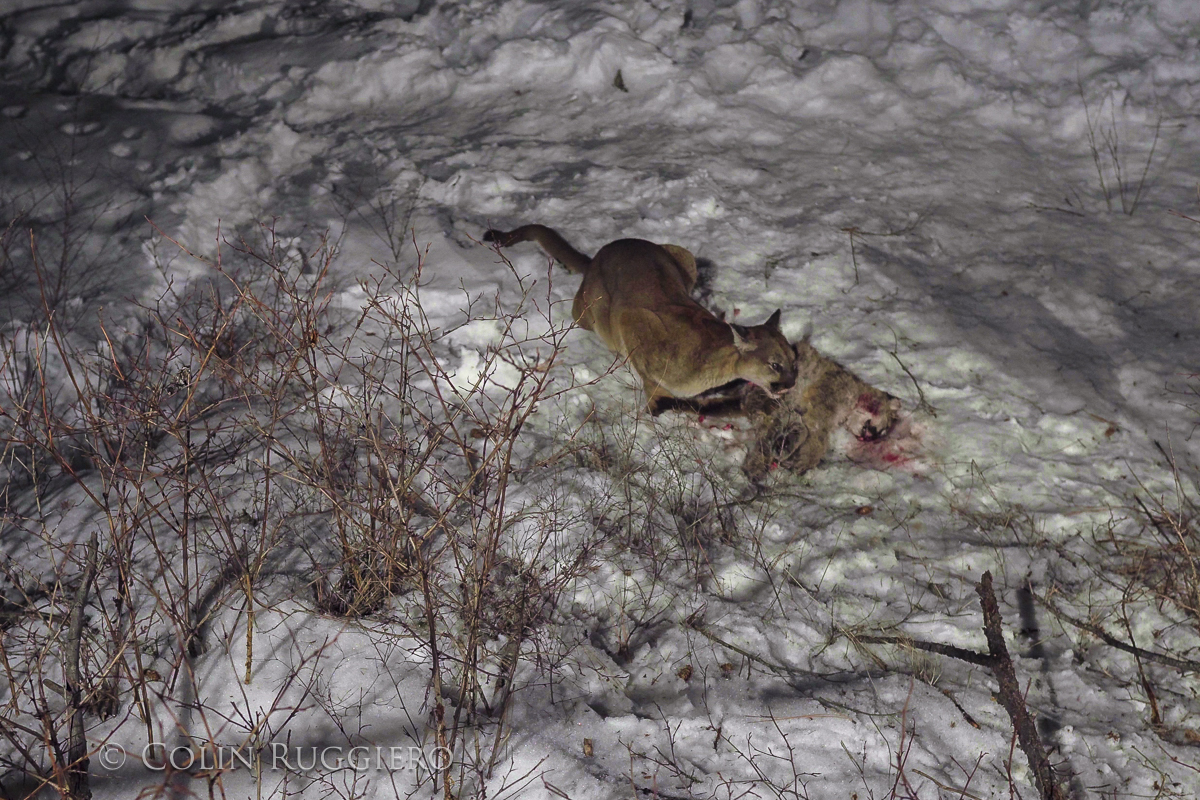 The consumption of young is not entirely uncommon, and we know mothers will sometimes feed on their dead offspring. But the distinctive ear on this individual allowed us to review footage from the winter to learn more about it. We determined it was a solo mountain lion and not the mother.

Nothing goes to waste on this landscape. This kitten ultimately fed another cougar, a fox, and an eagle. 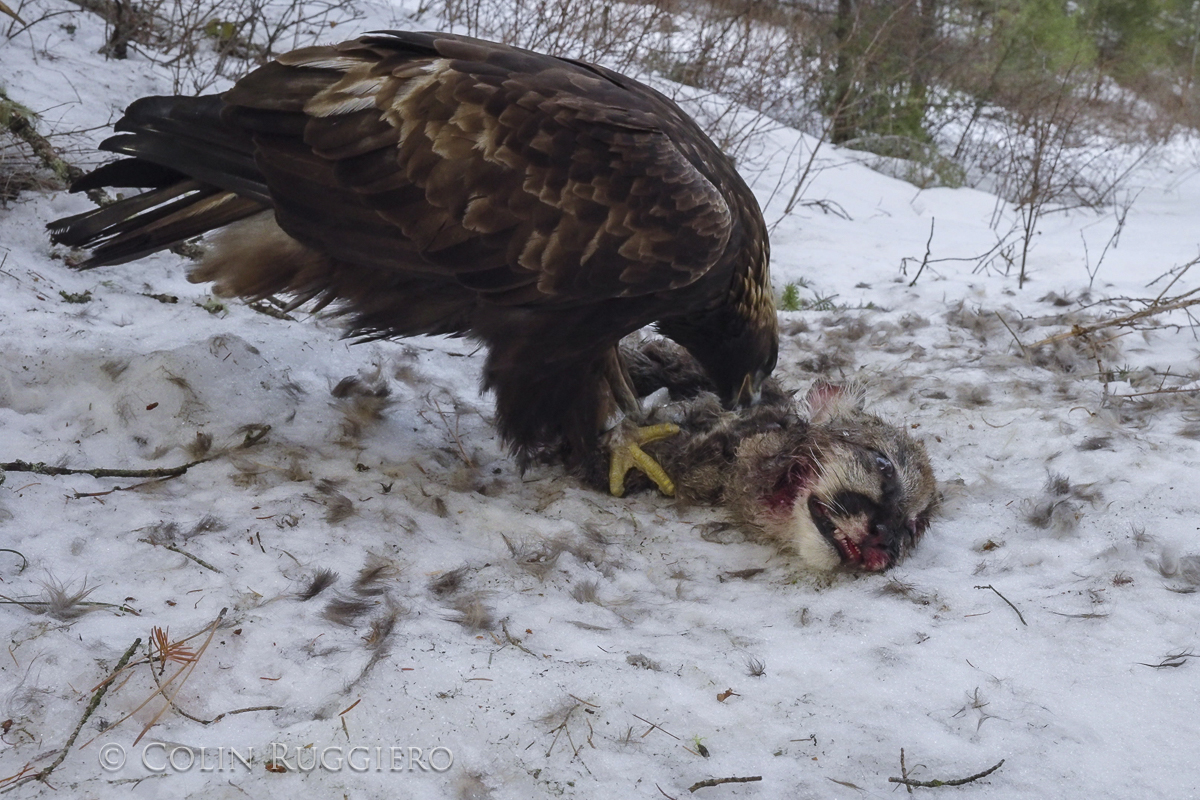 The mother carries on with her remaining two offspring. We know she’s still out there as we conclude our field season. Mountain lions provide an incredible amount of food and nutritional value to their community through the kills they make and the pieces they leave behind. But sometimes, their gift to the forest—much like the species they prey upon—is themselves.

All images via Colin Ruggiero and Norman French.

Young mountain lions sort out their place in the litter hierarchy early in life. These little ones are only just weaning and are around 3 months old. Their feigned ferocity, vastly outsized compared to their coordination, makes for a lot of bluff and tumble but no real bite. Often, the competition for a scarce resource is what fuels these interactions. But when there is plenty, tolerance is more abundant. And at the end of the day, they’re all...

It wasn’t that long ago that Charles Zelenka watched a mountain lion kill an elk in the middle of the night on his porch in Glenwood Springs, Colorado. He was lucky enough to see the mountain lion through his window and chose to stay inside instead of opening the door to investigate the ruckus. Michael Warren of Montezuma County, Colorado, didn’t have the same luck. According to a press release, Warren, 47, heard commotion on his front porch at...

Plenty of tired, frustrated elk hunters may have shaken their fists at the sky with exasperation, wishing a dead elk would just appear on their doorstep. No one in their right mind would ever expect that to actually happen, though. Charles Zelenka of Glenwood Springs, Colorado, was pulled out of a dead sleep at 2 a.m. on Jan. 5 by some banging on his porch that he originally assumed was a bear trying to breach his predator-safe garbage can...