An Illinois man came home with an unusual harvest after a bowfishing trip in Randolph County.

The man, who’s name has not been released, was featured with his kill on the Facebook page of a southern Illinois hunting group. The harvest appears to be a mature capybara. 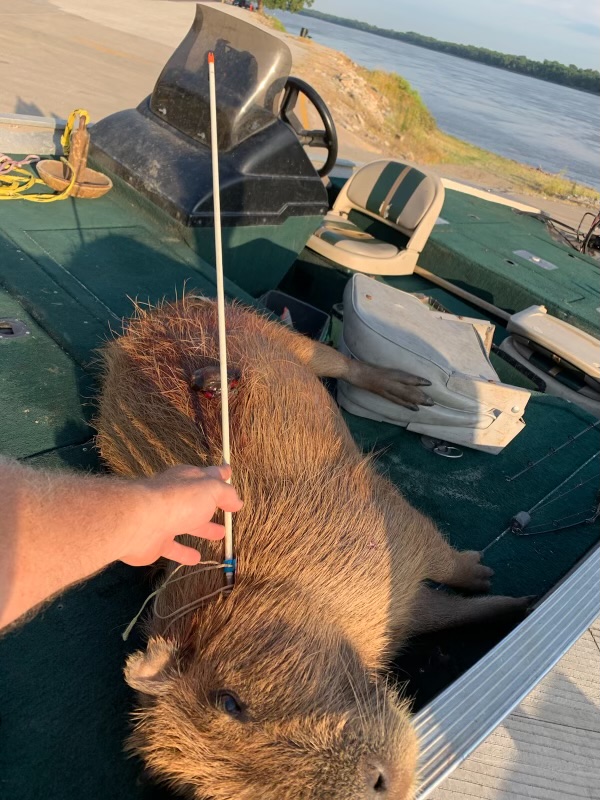 Capybaras are giant rodents native to South America. They are the largest rodent in the world—about twice the size of a beaver—and can sometimes reach weights in excess of 170 pounds. According to 618 Hunting, the Illinois capybara recently taken weighed in at 80 to 90 pounds.

How the semi-aquatic jungle rat found its way into a tributary of the Mississippi River is anyone’s guess, but chances are good that it was kept as a pet at one time or another. In recent years, capybaras have become increasingly popular as pets in homes across the country. A quick Google search turns up numerous blog posts about the ins and outs of capybara-keeping, and people who house the large exotic rodents as in-home companions claim they are smart and sociable.

Illinois isn’t the only state to host wayward capybaras in recent years. A wild breeding population is said to exist in northern Florida, and researchers there have been observing the animals since at least 2016. According to Science News, that population was about 50 capybaras strong as of August 2016, and it may have originated from a group that escaped from a wildlife research facility near Gainesville in 1995.

“Several sightings suggest they have been breeding,” biologist and capybara researcher Elizabeth Congdon told Science News back in 2016, adding that, “they might be able to make a go of it in the United States.”

Congdon and her graduate students have been observing the northern Florida capybara population in order to assess the species’ potential for becoming a bonafide invasive in the United States. She says the animals share a lot of similarities with nutria, another invasive, semi-aquatic rodent that’s now found in at least 20 states, according to the USDA’s Animal and Plant Health Inspection Service (APHIS). Nutria were introduced to the United States in the early 1900s and quickly established breeding populations that now have little hope of extirpation. They can cause severe damage to aquatic ecosystems, according to APHIS.

The legality of keeping large exotics like capybaras as in-home pets is thorny at best. While some states outlaw the practice altogether, others allow residents to keep capybaras if they can obtain the proper paperwork from a governing agency. The Illinois Department of Natural Resources was not available to comment about the capybara that was recently killed in Randolph County. 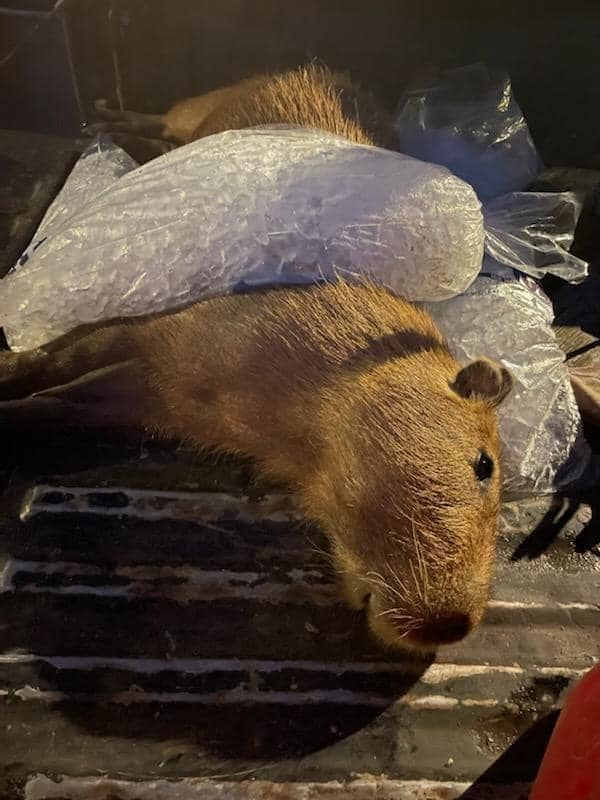 If the video doesn’t play, follow this link to YouTube to watch. This video, captured by B.E. Judson, a retiree from Cody, Wyoming, shows a rarely seen battle between a mature bull elk and a grizzly bear. Ms. Judson, who captures videos primarily to share with her grandchildren, had been living in a tent since the end of May. September 18 was supposed to be her last day camping out and she was cruising slowly through the Hayden Valley in...

This article comes from the Bent Fishing Podcast’s “Fish News” segment, where hosts Joe Cermele and Miles Nolte go head-to-head to find and report the most interesting and amusing fishy stories across sources far and wide—from respected scientific journals to trashy tabloids. We all know that 2020 was a rough year for humans, but 2021 is shaping up to be a particularly tough year for fish. Across the United States, fish populations are having a...

An archery elk hunter shot and killed a sow grizzly in the Island Park area of East Idaho on Thursday, Sept. 23. According to James Brower, the regional communications director for Idaho Fish and Game, one hunter deployed bear spray while the other discharged a pistol at close range, killing the charging bear. Both hunters evaded physical harm during the encounter. “An investigation into the incident is still ongoing,” Brower told MeatEater, “but...