Times are tough right now for a lot of folks, but that doesn’t mean you can go out and start stacking up meat with no regard for the law. Lately there’s been a lot of misinformation on social media regarding the temporary suspension of fish and game laws surrounding season dates and bag limits. Simply put, none of it is true, though a few select states have suspended fishing license requirements for the time being. Bag limit and season dates still apply.

Ethical hunters and anglers who aspire to fill their freezer need to have a keen understanding of the laws that pertain to the bag limits and possession limits set by your state’s fish and game agency. These limits vary widely from state to state and species to species.  Such laws are set in order to manage fish and game numbers for future sustainability while still providing hunters and anglers plenty of opportunities to utilize wild food resources. Bag and possession limits can sometimes be confusing, but you can get into a heap of trouble if you fail to understand them. 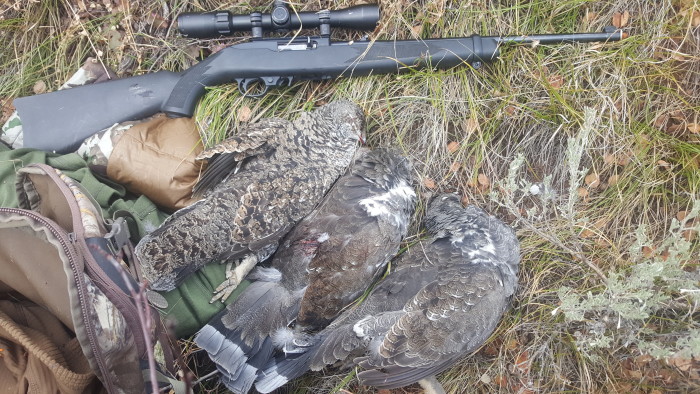 Bag Limits
First, it’s important to understand that bag and possession limits are two completely different things. Daily bag limits pertain to the legal allowable number, size and sex of fish or game animals that a single angler or hunter may kill in a single day. For example, in my state of Colorado, I’m allowed two sage grouse per day during a very short season yet I’m allowed ten cottontail rabbits per day during a season that lasts five months. Daily bag limits may pertain to more than one species. Both gray and fox squirrels, for instance, are usually managed under the same bag limit. In Montana, where hunters may encounter dusky, ruffed, and spruce grouse, the bag limit is three “mountain grouse” per day.

Daily bag limits sometimes vary depending on the time of year. During early season Canada goose hunts, when hunters are targeting local populations of birds, the daily bag limits are generally much more liberal than they are during late season hunts when migrating geese are passing through the area.

Location also plays a role. Consider an angler fishing in a state with a total daily bag limit of four trout. Although the daily statewide limit is four trout, on certain bodies of water within that state, there may be different daily limits. For example, a Gold Medal river with a population of wild, native trout might be managed as catch and release only while a nearby lake is managed as a put-and-take fishery with a four fish limit for stocked trout. In this case, anglers need to be aware of the different limits for individual bodies of water.

Bag limits also control the harvest of males and females of many game animals in order to ensure healthy numbers in the future. The shooting of female game birds like ducks, pheasants and turkeys is commonly limited or completely prohibited. Meanwhile, some states, or areas within a state, might have minimum antler-point restrictions for deer or elk in order to discourage the harvest of young male animals. In all of these cases, a regulations booklet becomes an important tool for understanding the bag limit rules for different species, locations and times of year. 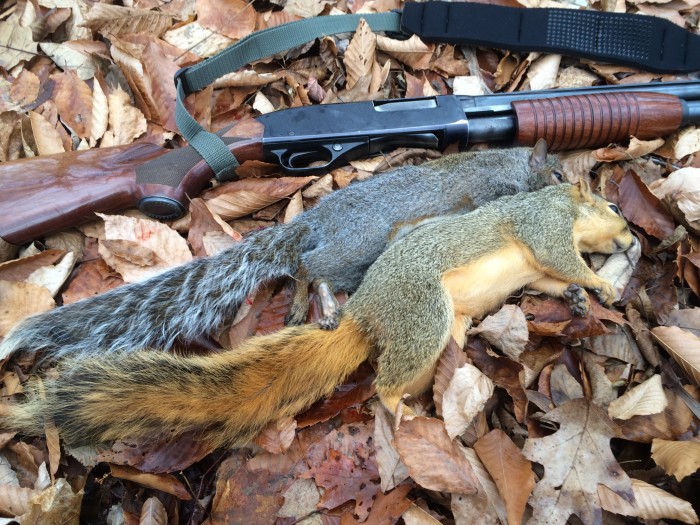 Possession Limits
Possession limits are altogether different than bag limits, and usually a bit more confusing. These laws refer to the number of fish or game animals an individual may have in their possession before the meat has been processed and packaged. For unprocessed fish and game, possession limits apply in the field, on the boat, during travel, and even at home. Regulations vary from state to state, but two or three times the daily bag limit is a common possession limit for fish and small game.

Keep in mind, these laws don’t allow a hunter or angler to retain a full possession limit if they’ve only been hunting or fishing for a single day. In Colorado, I’m able to have nine blue grouse (three daily limits of three birds) chilling in the cooler, but only after three days of hunting. If I’ve only hunted a single day, it would be illegal for me to have a full possession limit.

Special Cases
Then there are situations where the daily bag limit, possession limit, and even the annual limit for a certain species might all be the same. This is most often the case with big game animals. Another example occurs in North Carolina where hunters can kill only one Tundra swan per year.  There’s also special cases where bag, possession, and annual limits depend on whether someone is a resident or non-resident of the state where they’re hunting or fishing. While a non-resident can only keep one Yelloweye rockfish per year, Alaska residents may keep one a day.

To further complicate matters, bag and possession limits usually require that the species or sex of fish and game be identifiable. If someone were to fillet and skin a daily limit of crappie and a daily limit of yellow perch out on the water, those fillets would not be considered identifiable. A game warden could issue that angler a ticket for being over the limit and not leaving species identification.

Waterfowl hunters commonly shoot several species of ducks in a single hunt. Each species and sex of those birds might have a different limit. A hunter who cleans those ducks in the field, retaining only unidentifiable breast meat, could also be ticketed for bag limit and species identification violations. So, to avoid trouble, always follow species and sex identification rules. Leave the skin on fish fillets, a feathered wing on waterfowl, or a spurred leg on a rooster pheasant. You can remove those things once it’s time to process your fish or game at home.

It would be legal for me to have a dozen gutted, plucked, and packaged blue grouse carcasses in my freezer at any given time even though a possession limit is only nine birds. Or, a hunter could have elk meat in the freezer from last year’s kill and this year’s. This would also apply to someone flying home from a week-long Alaskan fishing trip with more than a possession limit’s worth of frozen, vacuum-sealed salmon fillets in their cooler.

Once your fish and game is processed and in the freezer, you should always label the species, date and location where it was caught or killed. It’s also a good idea (and sometimes legally required) to tape your validated tags to packaged meat while traveling, or to keep the tags with the meat inside your freezer at home. This is especially important if a hunter has taken fish or game from multiple states.

All hunters and anglers need to keep close tabs on bag and possession limits. These rules are constantly changing from year to year. It’s a good idea to always keep a regulations booklet on-hand whenever you’re in the field or on the water. When in doubt, give the local fish and game office a call with any questions.

Fish and Game Regulations: A Look into the Past

The history of wild game management in the United States is something that all hunters and anglers should be familiar with.  An interesting relic of this story is this Colorado hunting and fishing pamphlet from the year 1917. It shows us some interesting and peculiar details about hunting and fishing at the time. It also teaches us a lot about the roles that conservation and fish and game management have played in providing today’s hunters and...

In 2019, the Wyoming Game and Fish Department (WGFD) received a tip through their Stop Poaching Hotline that someone was poaching mule deer and pronghorn out of season in Natrona County. In order to find this perpetrator, wildlife investigators set up a sting operation. According to the Casper Star-Tribune, Gary Lee Ferrier was selling $300 “trespass vouchers” on social media to hunt on his property. So the investigators bought in and spent a...

American fly fishing pioneer Lee Wulff famously stated that “A gamefish is too valuable to only be caught once.” Wulff was an early advocate of catch-and-release fishing regulations that eventually became a widely used management tool in the United States. As a fly fishing trout guide, catch and release is at the core of my job description. I’m sometimes forced to tell my clients I’d be shooting myself in the foot if I allowed them to keep a...