Ask MeatEater: What Are Your Book Recommendations, Part 3

For our latest round of recommended books, we thought we’d share some of the MeatEater staff’s favorite wilderness survival stories. From historical accounts to fictional adventures, these titles make for great summer reading material. Once you’ve completed this list, make sure you check out Part 1 and Part 2, as well.

“Down the Great Unknown:  John Wesley Powell’s 1869 Journey of Discovery and TragedyThrough the Grand Canyon” by Edward Dolnick
The story of Powell’s journey down the Colorado River is fraught with desperation and failure overcome by sheer determination and guts. One of the last great explorations of our country, Powell beat out other expeditions to solve a great mystery by being the fist person to accurately chart the course of the West’s greatest river. With only a small crew and four wooden boats, Powell and his team navigate hazardous whitewater, survive harrowing accidents, hunt and fish for food, and travel through hundreds of miles of unexplored country. It’s difficult to fathom the difficulty of such an undertaking today, which makes this true story that much more impressive.    —Steven Rinella

“The Wildling” by Benjamin Percy
Percy’s novel explores how time changes everything, especially the complex relationships between fathers and sons. Set against the backdrop of a hunting trip gone bad, three generations of the same family look for answers in a piece of wilderness that will soon be lost to development and just might hold one last grizzly bear. At times poignantly symbolic and realistically harrowing, “The Wildling” has the suspense and adventure to make it the ideal hunting version of a beach read. —Brody Henderson

“Follow the River” by James Alexander Thom
James Alexander Thom has authored a pile of great novels, including “Long Knife” and “The Red Heart.” His writing is always vivid and raw, but “Follow the River” stands alone in my mind as one of his best works. Imagine a 23-year-old woman, naked and near death from starvation, finally reaching safety from her Shawnee Indian captors after months of traveling through the relatively untouched Appalachian Mountains. That’s exactly the experience Thom described in excruciating detail. The true story of Mary Ingles is as epic as it is painful, and it’s hard to come away from the read with anything but awe for this tale of survival. Ingles uses the Ohio River to navigate her way back home, a common thread for many wilderness survival stories around the country—only this one signals the strength of one woman and the will to just keep walking. —Ben O’Brien

“The Girl Who Loved Tom Gordon” by Stephen King
This is a bit of a curveball suggestion, but give it a chance. Not only is it a great story, it is a surprisingly good look at the real mistakes people make and the places the mind can go when you’re lost. —Ryan Callaghan

“Indian Creek Chronicles” by Pete Fromm
In college, Fromm was enamored by romantic tales of trappers and mountain men in the West. On an impulse, he accepted a job that required him to spend a winter in one of the most unforgiving areas in the Lower 48, all alone. Fromm’s self-deprecating memoir explores the consequences of an idealized vision of wilderness crashing into the reality of surviving there. It’s a funny, touching and engrossing read. Though “Indian Creek Chronicles” would never be shelved beside survival guides, readers can absorb a surprising amount of basic information about living in the woods. —Miles Nolte

“The Meadow” by James Galvin
Take a step back in time in James Galvin’s poetic tale about ranch life in the mountains. The story leads readers through a hundred year history of seasons, hardships and struggles between the family and people who face the terrain and all its challenges. This book is beautifully written and draws the readers into a raw story that is sure to leave an impression. —April Vokey

“Disappointment River: Finding and Losing the Northwest Passage” by Brian Castner
“Disappointment River” follows the adventures of Brian Castner as he attempts to retrace, by canoe, the route of 18th century explorer and fur trapper Alexander Mackenzie’s attempt to find the rumored Northwest Passage across the North American continent. Simultaneous to the tale of his present-day rip-roaring trip across Canada’s northern wilderness, Castner details the history of the trials and tribulations of the fur trappers and indigenous peoples who explored this region hundreds of years before him. This is both a fun read full of arctic adventure, and an enlightening history of the fur trappers and explorers who first ventured into the unknown of the far North.  —Mark Kenyon

“Deep Survival: Who Lives, Who Dies, and Why” by Laurence Gonzales
Gonzales explores the reasons accidents happen, and why some people die and some survive. What stuck with me most is that often the most prepared, experienced and confident are the ones that find themselves in trouble.  Dissecting everything, from plane crashes to whitewater drownings to mountaineering accidents, Laurence made me pause and think about how my own adventures are often one step away from becoming a survival situation. —Janis Putelis 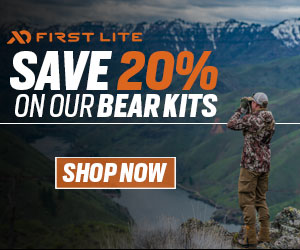 Books & Literature ,
Get the latest in your inbox
Our picks for the week’s best hunting, fishing, wild foods, and conservation content.
Big bucks, land management, rut reports, and tips and tricks for the whitetail obsessed.
Privacy Policy

Ask MeatEater: What Are Your Book Recommendations, Part 2

Winter is when we get a lot of our reading done. Here’s another round of book recommendations...

Winter is when we get a lot of our reading done. Here’s another round of book recommendations...

Ask MeatEater: What Are Your Book Recommendations?