In a recent study published in Nature, scientists revealed evidence of the oldest known surgery performed by humans. A team of archaeologists based out of Griffith University, Australia, discovered 31,000-year-old skeletal remains with the left foot surgically removed above the ankle at the fibula and tibia.

This discovery has overhauled commonly accepted views of medicine, the complexity of foraging societies, and the evolution of human cognition. 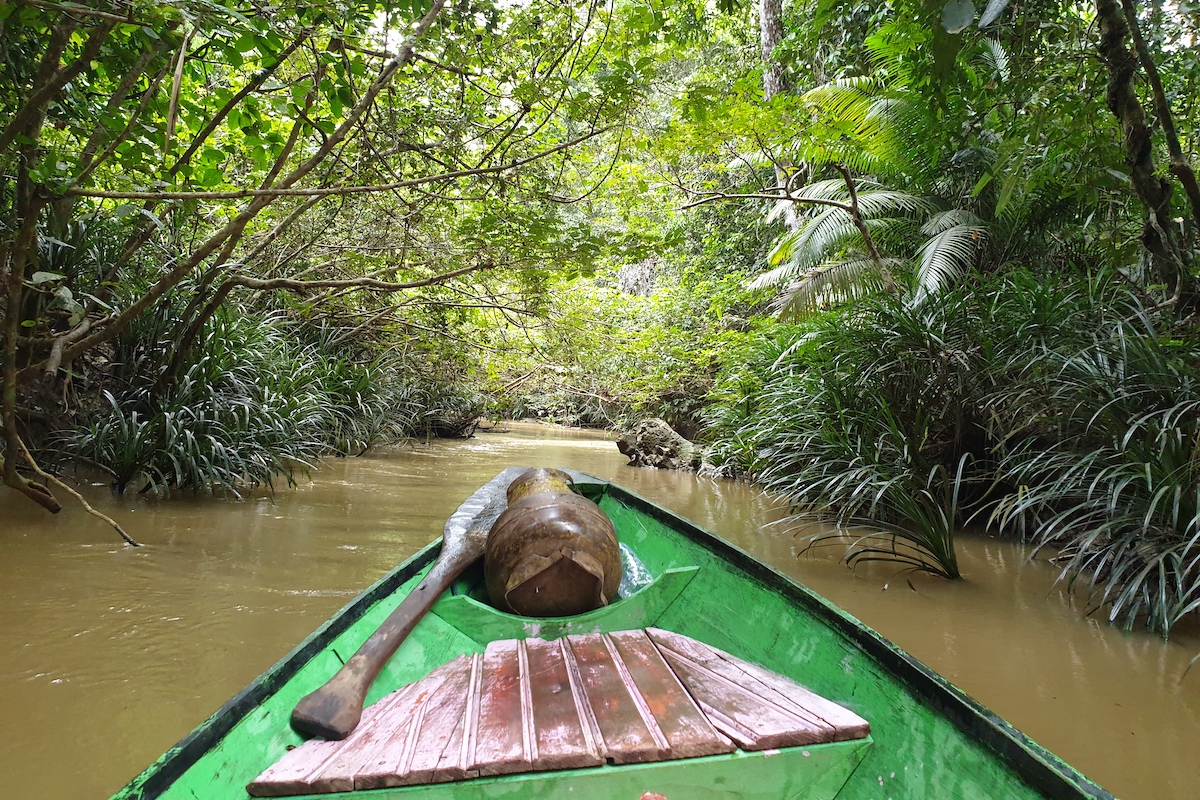 In early 2020, the team of researchers set out on canoes stacked with archaeology equipment for a six-day paddle into an isolated piece of tropical rainforest in hopes of a glimpse of humanity’s ancient history. Their destination was Liang Tebo, a limestone cave in the remote Sangkulirang-Mangkalihat region of eastern Kalimantan, which is the Indonesian portion of Borneo. The cave is known to have some of the oldest rock art in the world, dating back to 40,000 years.

Dr. Tim Maloney told MeatEater the discovery occurred right when the COVID pandemic was at its peak. Being in such a remote location, the team had no idea that the rest of the world was fighting over toilet paper and experiencing the medical crisis of our generation. Instead, the researchers were carefully unearthing evidence of the oldest known medical procedure carried out by humans.

The individual, deemed “TB1,” was buried with “apparent burial markers” like large limestone rocks, flaked chert artifacts, and a nodule of red ochre. This individual was not buried by accident or sudden death. People took time and care to bury them in this location.

The team classified the skeleton as an anatomically modern human (Homo sapiens) of indeterminate sex. Through a variety of methods, researchers determined that the TB1 was approximately 19 to 20 years old at the time of death.

Where the amputation occurred was significant bone growth, leading researchers to believe that TB1 died a minimum of 6 to 9 years after the initial trauma. Along with the comparatively small size of the left tibia and fibula compared to the right, the patient was likely a child at the time of the initial injury and surgery. They then proceeded to survive in the rugged climate of Borneo for an impressive number of years afterward as an amputee.

How Do They Know it Was Surgical?

“First of all, human burials and human skeletal records of that age in the tropics are exceptionally rare. This is the oldest, deliberate human burial ever found in Southeast Asia,” Dr. Maloney said.

Researchers were shocked by how well the remains of TB1 were preserved. So, a missing left foot immediately intrigued the team.

“We spent days carefully excavating the right leg. Every single one of the 26 right-foot bones were completely articulate. Its terminal, tippy toes were sticking up. Everything was perfect,” Dr. Maloney said. “To spend days meticulously recording and excavating that, and then to have the left foot missing from this neat grave…We knew like, oh crikey, something's interesting here.”

Even more puzzling was the clean cut across the left fibula and tibia that mirrored modern-day examples of surgical amputations.

Accidents don’t cause clean cuts as demonstrated by this skeletal evidence. Animal bites or breaks create fragments, not the clean-cut shown here. These kinds of incidents have also never been clinically shown to sever both the fibula and tibia. Additionally, there is no skeletal evidence of infection, suggesting a rigorous care regimen. The bone growth on the fibula and tibia demonstrates healing and aging, indicating that TB1 lived for an extended time with this amputation.

The researchers also ruled out punishment or sacrifice as a reason for the procedure. “Amputation as punishment is considered unlikely, particularly given the careful treatment of the individual in life after the amputation and in burial, which is not consistent with someone considered deviant,” the study states.

Researchers couldn’t definitively identify a surgical instrument because the procedure happened so many years before the burial.

“I can hypothesize the leading and a likely surgical instrument, but we have no directly preserved surgical or medical technology, it's all inferential,” Dr. Maloney explained. “But of the edges available to people living in that area 31,000 years ago; marine shells, bamboo, and sharp lithic edges, those sharp lithic edges seem the most likely.” 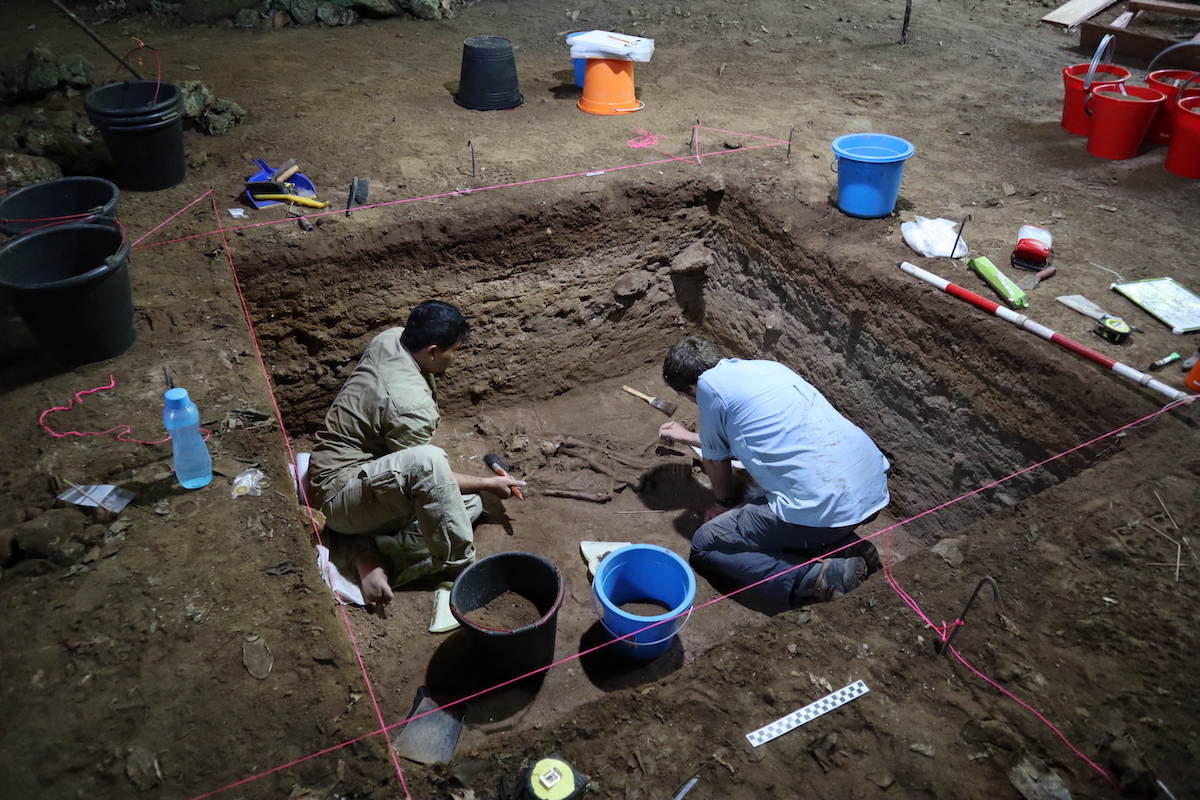 Until this discovery, the oldest evidence of surgery was a 7,000-year-old amputation of an elderly French farmer’s arm, just above the elbow. Academics have generally assumed that a surgery of this level was beyond the capabilities of foraging societies and that if surgeries did occur, they were typically confined to finger removal as punishment or for a symbolic reason.

This evidence debunks those assumptions and demonstrates a rare instance of Late-Pleistocene medicine. To pull off surgery as complex as an amputation with the limited resources available 31,000 years ago is a seriously remarkable feat.

For the immediate success of the amputation, the surgeon must have first understood the need to remove the limb and also possessed knowledge of the workings of skeletal, muscular, and vascular systems to prevent fatal blood loss.

The long-term success of this surgery demonstrates an incredible level of community care. Post-operative treatment for the patient would have included temperature regulation, feeding, bathing, and movement to prevent bed sores.

Staving off severe infection in a warm, tropical environment was an incredible feat alone. “The wound would have been regularly cleaned, dressed, and disinfected,” the study stated. “Perhaps using locally available botanical resources with medicinal properties to prevent infection and provide anesthetics for pain relief.” 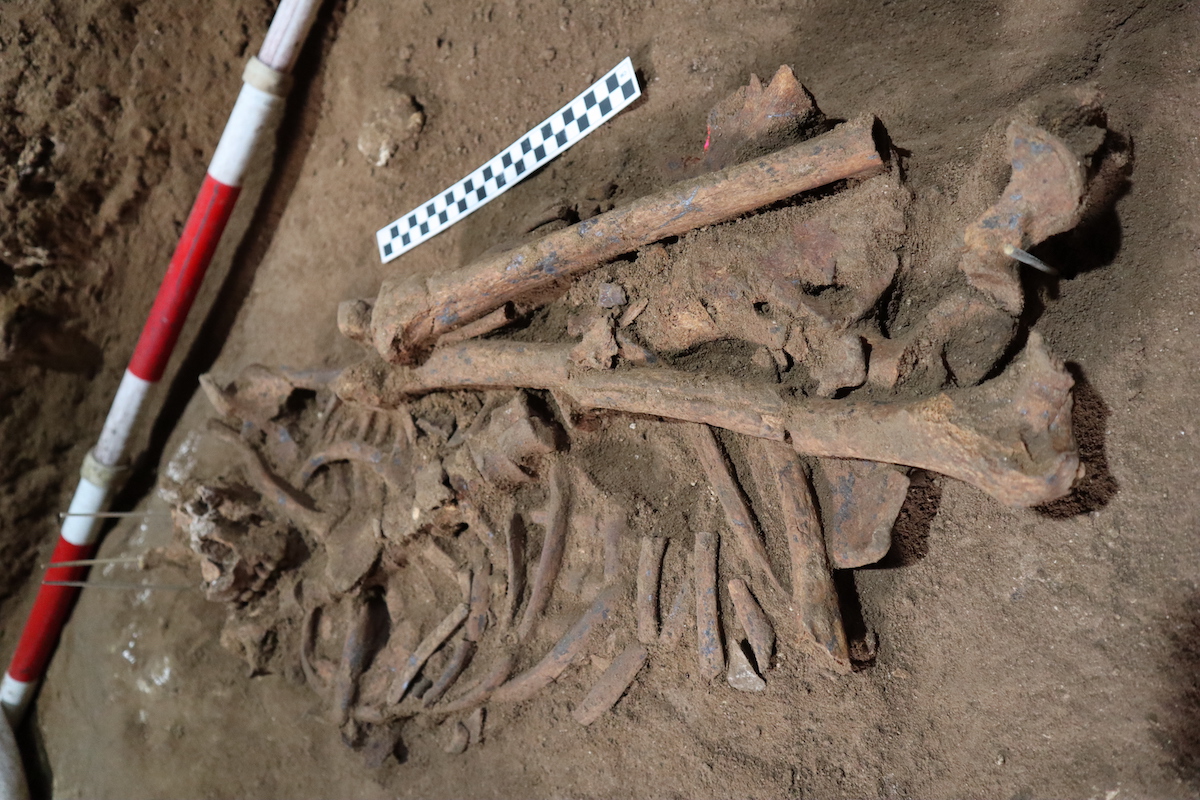 “The community very likely painted and hunted venison,” said Dr. Maloney, a stone tool specialist whose passion for hunting led him to study archaeology in the first place. “This area is just a hub for human innovations and achievements.”

In this incredible example of environmental determinism, it's likely the rich biodiversity of the island combined with the extreme tropical climate created a landscape that required humans to adapt an understanding of medicine in order to survive.

“The smallest graze on one's hand just almost instantly becomes inflamed and infected,” Dr. Maloney said of working in such an environment. “Plant diversity and tropics seem like reasonable drivers of what may be a very early use of plants in a medical context.”

While Dr. Maloney will continue to conduct in-depth research on the stone tools used by this foraging society, his fellow researcher, Dr. India Ella Dilkes-Hall, is a specialist in paleobotany. She will continue this research by looking at macro botanical records like seeds and bits of charcoal and sediment samples containing microscopic traces of plants to better understand what kind of plants they might have been using medicinally 31,000 years ago.

Dr. Maloney and his team of researchers will continue to elaborate on this fascinating discovery in this land enriched with human history and evolution. Stay tuned for future studies coming out of Liang Tebo, and if you’d like a closer look at this one, check out this YouTube video. 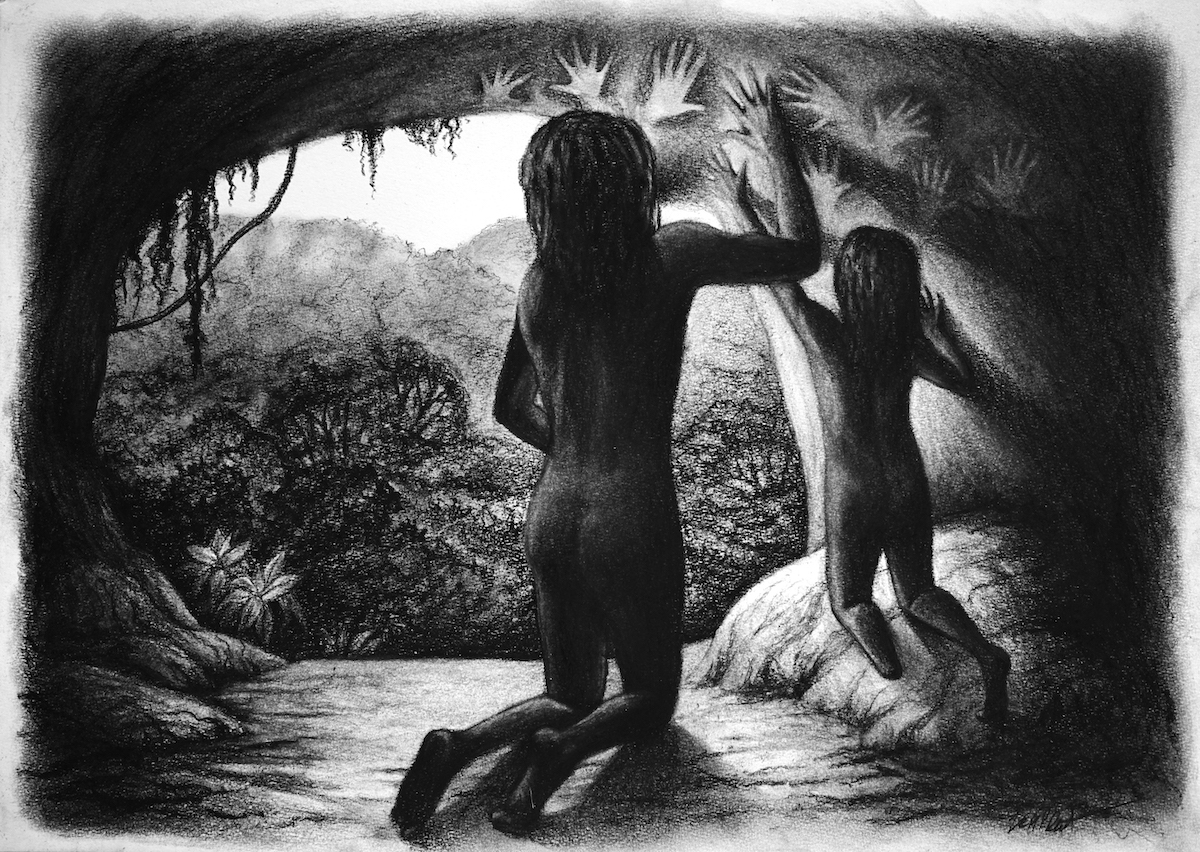 All images via and copyright Dr. Tim Maloney.

Many hunters dream of traveling to Alaska, but opportunities to do so are coming under fire from a federal board that controls hunting on federal public land in our 49th state. Alaska’s Federal Subsistence Board (FSB) regulates hunting on federal public lands in the state, above and beyond the state wildlife agency, which is unlike every other state in the nation. In the last few years, we’ve seen the FSB take a more aggressive approach to...

Dolphin researchers in California discovered a unique addition to the diet of the aquatic mammal in August. What was originally a study to discover the capabilities of captive dolphins feeding in the wild resulted in the unforeseen discovery of a dolphin eating not one, but eight venomous sea snakes. The National Marine Mammal Foundation in San Diego made this observation in a study that recorded the feeding behavior of several Navy-trained...

The owner of Elk Mountain Ranch in Wyoming is claiming over $7 million in damages after four Missouri hunters corner-crossed into the airspace of his property last year. In disclosure documents obtained by WyoFile, an attorney for Iron Bar Holdings LLC, the official owner of the ranch, alleges damages of between $3.1 million and $7.75 million. Attorney Gregory Weisz signed the documents on August 29 and sent them to the individuals involved in...