Why Whitetails are Shedding Early

Although it was warm for December, I couldn’t help but shiver as the whitetail’s rack grew wider with each step closer. At 130 yards, I battled through buck fever and touched off a shot.

The deer dropped in its tracks. I quickly gathered my gear and set off to claim one of my biggest bucks ever. When I got to the deer I was stunned to find that it was missing something; lying just a couple feet away was half of his rack.

A whitetail shedding in December isn’t unheard of, but it’s not common either. Most deer across the Midwest drop their antlers between January and March, which is why I considered this buck an outlier. My dad witnessed something similar a few days later, though. While hunting with an antlerless tag, he unknowingly shot a buck that had already lost its headgear.

All of a sudden, my buck didn’t seem like an anomaly. 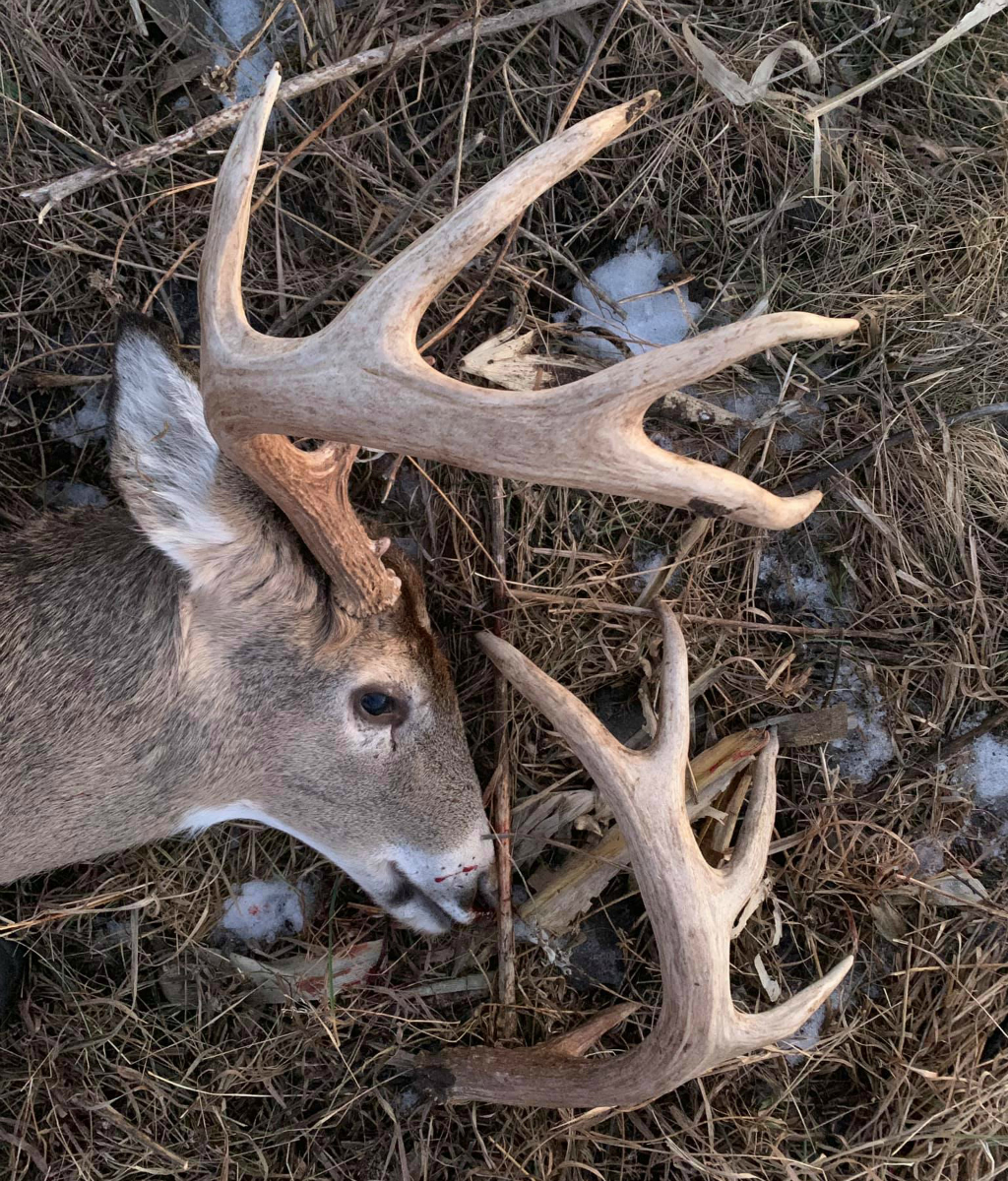 The Reports
That night I put out a call to the hunters of Instagram, asking if anyone else was noticing bucks shedding early this season. Within an hour, I had dozens of anecdotal reports coming from sportsmen across the country.

“My top two bucks in southeastern Michigan have already shed.”

“Last weekend in Virginia there were multiple guys who thought they were shooting does, only to find out that they were shed bucks.”

Early drops seemed to be most prevalent in the region from Ohio to New York. Among the folks reaching out included Beau Martonik of Pennsylvania. As of last week, he and his dad had already picked up 10 sheds with little effort.

“My uncle shot a buck on gun opener that had both antlers pop off,” Martonik said. “Although we began finding sheds in early December, it really escalated towards the end of the month. Now we’ve found nearly a dozen antlers just from walking powerlines where deer have been feeding. Sheds are never this abundant this early.”

Others from the Keystone State echoed Beau’s report, sending pictures of fresh sheds and bucks with open pedicles. 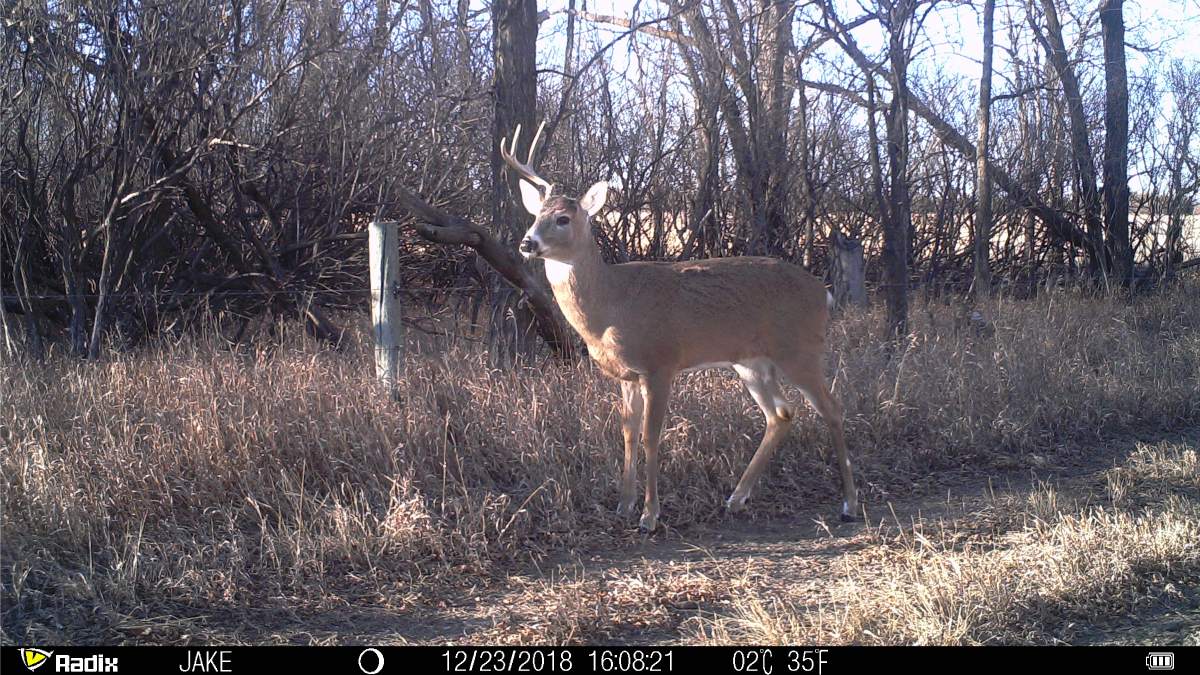 The Reason
With this evidence piling up, I reached out to Kip Adams, the Quality Deer Management Association’s director of conservation. Adams is a certified wildlife biologist who also happens to call Pennsylvania home.

“I’ve had a ton of reports of bucks shedding early in the area,” said Adams. “Although we get hunters contacting us about whitetails dropping early every year, 2018 has been on another level.”

To better understand why this might be, Adams directed me to some literature on the antler cycle. Understanding the growth, mineralization and casting process might explain this December phenomenon.

The entire antler cycle is largely controlled by hormones and regulated by photoperiod. Antlers generally grow during spring and summer and mineralize in August and September. Imagine whitetail testosterone levels are a bell curve that has early November as the climax, with July and January at the far ends of the spectrum. When testosterone levels hit the bottom of the bell curve in winter, a special type of bone cell called osteoclasts end the antler cycle.

Osteoclasts are well known for turning antler cartilage into bone. However, they also remove bone tissue by reabsorbing calcium between the antler and pedicle. When this happens, the antler falls off.

If a buck prolongs the process and keeps its rack later than normal, it’s usually attributed to heightened testosterone levels. Biologists theorize that this is more likely to happen if there’s an unbalanced herd with a high number of unbred does. In an extremely rare case, there was an Iowa whitetail that went over a year without shedding. It was suspected this was because of a serious health condition that caused high hormone levels, but researchers were never able to test the buck.

As for deer that shed early, it’s almost always attributed to health. Usually this is seen on more of an individual basis after a buck gets hit by a vehicle or injured while sparring. Deer won’t drop their antlers right away, but poor health can lead to lower testosterone levels and earlier casting.

A good example of this is from noted author Charlie Alsheimer, who reported that one of his captive bucks shed during the first week of March for seven of eight years. The exception was that one year it dropped its antlers on Christmas Day after getting wounded earlier that fall in a fight.

However, bucks getting wounded during the rut doesn’t explain why early antler casting seems to be more widespread this season.

“What we’re seeing here is likely nutritionally related,” Adams said. “When you hear about entire herds dropping antlers sooner than normal, it’s due to environmental stressors.”

Environmental stressors can include crop failure, prolonged flooding and prolonged cold. For much of the country, it’s likely a combination of these things that made 2018 the year of the early drop.

Many Midwestern states experienced record rains that caused flooding in late summer and mid-fall, which might have destroyed natural food sources and agriculture. When this happens, deer enter winter with reduced fat reserves.

“Deer are like bears in that they build up as much fat as they can going into the cold months,” Adams said. “There have been metabolic studies that found adult does get half of their nutrition from stored fat. How big they’re able to get by December is a factor that goes all the way back to summer.”

As for Pennsylvania, Adams noted that recently reduced antlerless harvests have left some areas with higher deer densities than normal. More deer and less food is the perfect storm for bucks dropping in December.

“We might be witnessing that states had more deer this season than the landscape could support. We saw something similar in 2012 when much of the country was in a drought.”

This means that herds going into the toughest part of the year are more likely to feel the effects of a nasty cold spell or large snow storm. Another problem is that hunters can inadvertently shoot antlerless bucks they believe are does. It’s unlikely that this will break a herd, but it’s partially why the QDMA supports harvesting does early.

The silver lining is that you can begin searching for shed antlers sooner to get a head start on those greedy squirrels.

Why Some Whitetails Grow Fangs

Vampire deer sound like something out of a bad horror flick. But some small cervid species primarily found in Asia sport curved tusks, or fangs, measuring 2 to 3 inches on top of their petite frames. These vampire deer, such as the Chinese water deer and Siberian musk deer, don’t grow antlers—or suck blood—but use their giant canines to intimidate and spar with other bucks. While you’ll only find these Dracula-esque fangs on a few species outside...

Hailing from a non-hunting family, Jeff Sturgis is a self-taught whitetail habitat expert. With a passion for bowhunting bucks and the very little food plot guidance available in the 90s, he was forced to just figure it out. Three decades and hundreds of designed parcels later, Sturgis said “there are no secrets” for solving the whitetail habitat puzzle. Rather, improving whitetail property is about striking the perfect balance for each specific...