While scouting a new property in college I noticed every single deer on trail cam was covered in vegetation. The wiry, green plants clung to the thin, orange coats of whitetails and camouflaged them better than any hunting gear could. I had no idea what the foliage was or where it came from.

My question was answered 20 steps later when I ignorantly walked into a whole patch of the stuff. The burrs dug into my jeans, t-shirt, and backpack, and made the rest of the scouting trip unbearable. I often refer to the plant with curse words, but others call it beggar’s lice, creature’s lice, trefoil, or stickseed.

Beggar’s lice is a legume with segmented seeds at the end of the stem. Each seed is covered in small hooks that creates a Velcro effect when it encounters fur or clothes. This is the plant’s dispersal method, which allows it to grab on to passersby and hitch a free ride. It may be a nuisance to humans, but it’s a valuable plant for many animals. 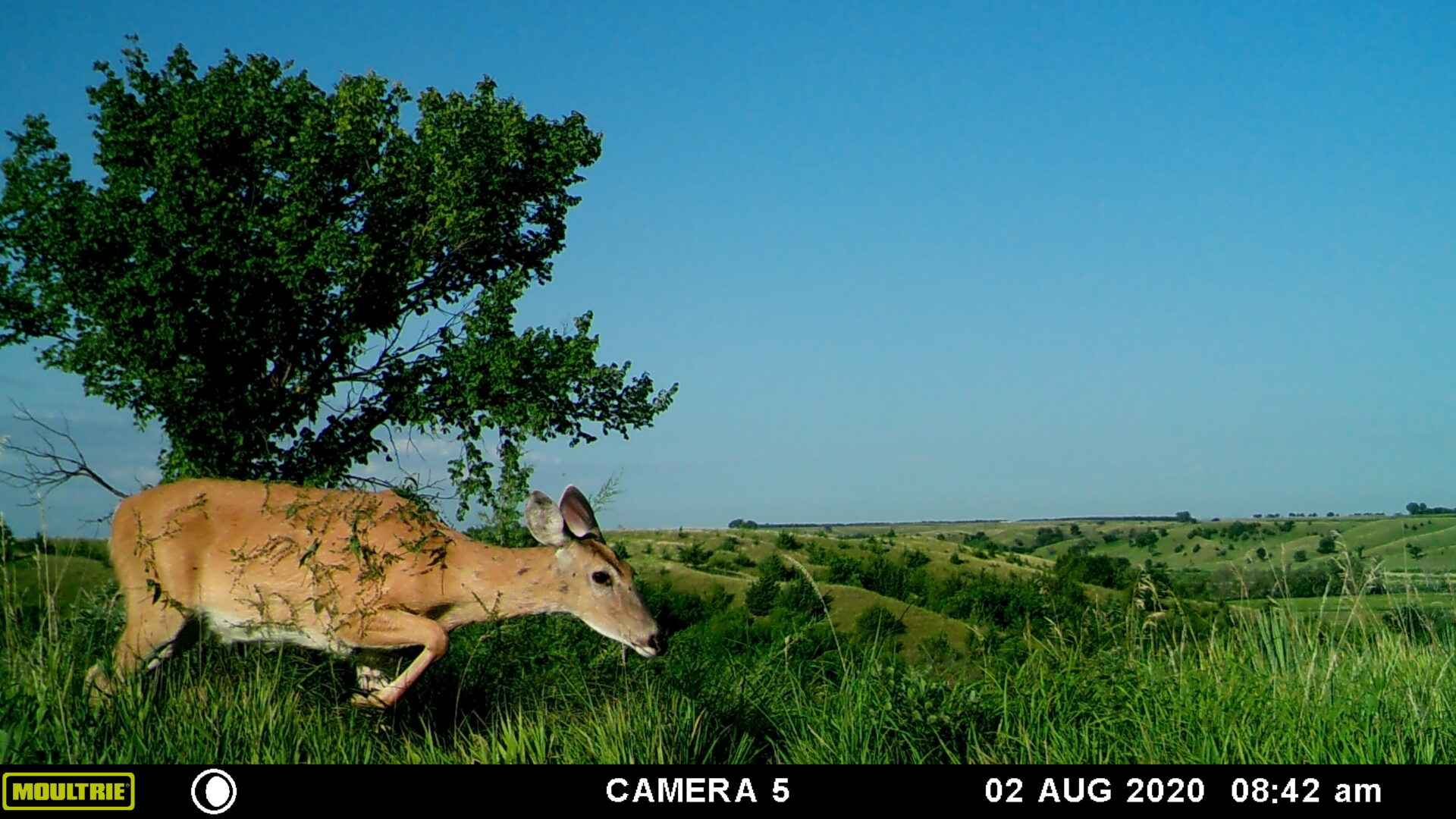 Beggar’s lice is used by butterflies, bumblebees, caterpillars, moths, beetles, and stink bugs. Bigger animals find value in the plant, too, like hummingbirds, quail, turkey, and even whitetail deer.

For whitetail deer, beggar’s lice is considered a preferred browse. According to QDMA, the plant offers about as much protein as soybeans (a fellow legume). Combine that with its nutty flavor and you can understand why insects, birds, and mammals compete for the plant.

That doesn’t make it any less of a headache for hunters, though. I’ve had to trash a lot of clothes because of the plant, but there are some preventative measures you can take to avoid getting covered in pods. For starters, don’t wear fleece if you know there’s beggar’s lice in the area. Instead, select for corduroy or nylon clothing. Corduroy is stiff enough to avoid snags, while nylon is slick enough to easily brush off the seeds. First Lite’s Sawbuck Brush Pants are the best tool for the job. 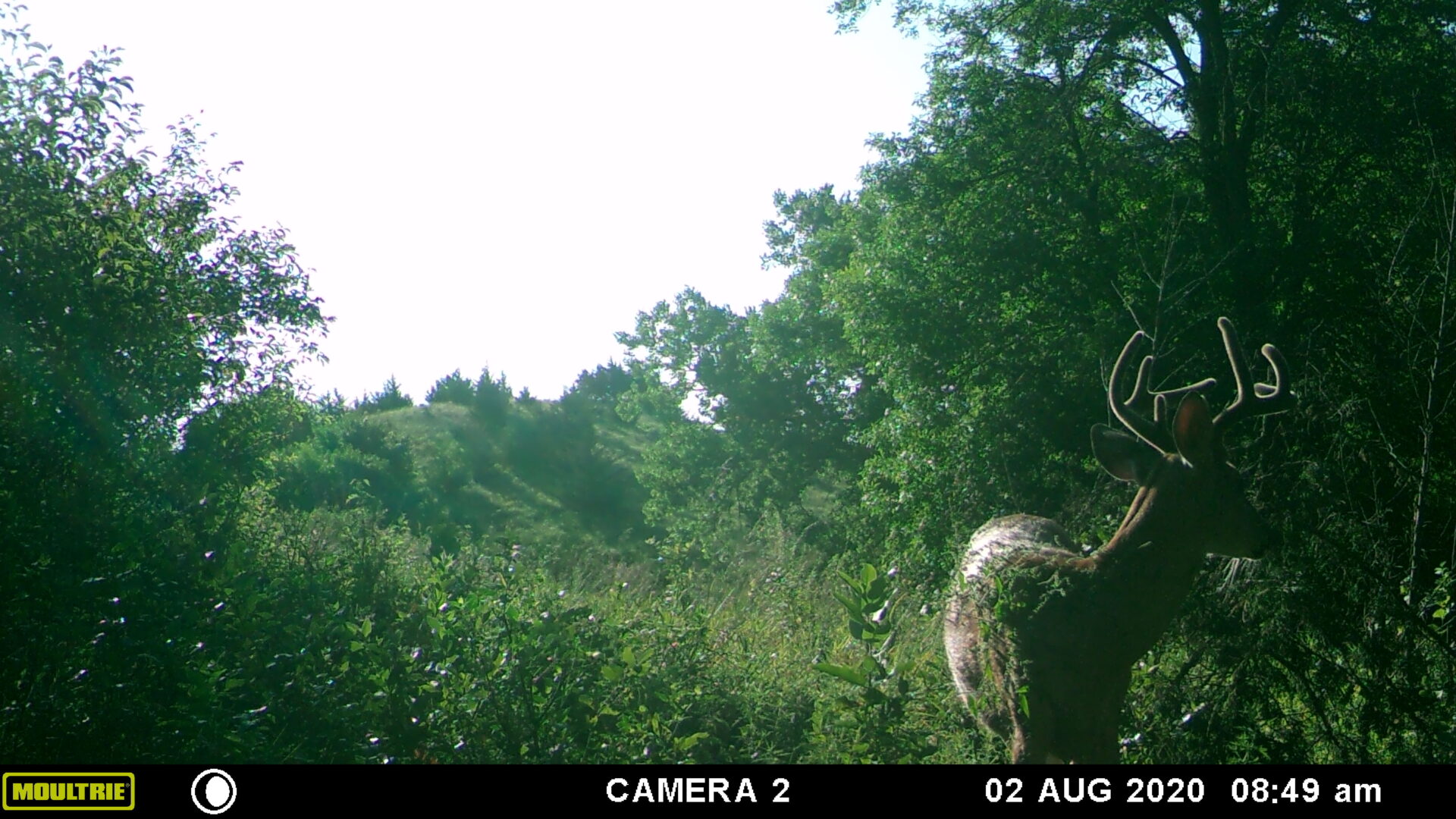 Another option is to simply avoid the plant, which is regularly found in heavily shaded areas. Since it relies on animals to disperse its seeds, it’s most likely to appear on game trails. Timing is important for avoiding beggar’s lice, too. The plant develops its seeds in late summer and becomes more brittle as the season progresses. If you walk through beggar’s lice in August, you’ll yank the entire plant out of the ground and be stuck with hundreds of green seeds. If you walk through beggar’s lice in October, you’ll snap the plant at the stem and only be left with a couple brown pods.

If you do get covered in the Velcro plant’s seeds, there’s no easy way to remove them. I’ve found that using a stiff comb or butter knife to brush them off is more efficient than hand selecting them one by one. If that task seems too daunting, consider just making those your “scouting clothes.” I’ve taken that defeat a couple times over and now have a backpack and shorts that are only for my properties with beggar’s lice.

But I do grumble a little less when strapping on my beggar’s lice backpack knowing that deer enjoy snacking on them. However, I don’t see myself tilling up a whole food plot for the demonic plant anytime soon.

How Do Deer Respond to Floods?

Early last summer, heavy rain caused swollen creeks and rivers to flood prime whitetail country across Iowa, Nebraska, Ohio and Missouri. This spring, it happened again as unseasonal snowfall and biblical rains swallowed up farmland in South Dakota, North Dakota and Illinois. For some hunters, this could be the first time their property has ever felt the rising tide from Midwestern storms. For others, it’s an annual occurrence. I reached out to...

A deer’s world revolves around its stomach. So should the savvy deer hunter’s plans. Unfortunately, most conversations about what deer eat begin and end with commercial crops and food plots. I say this with authority, because I was a guilty party to this for quite some time. Since kicking off the Back 40 project two years ago, I’ve made it a personal mission to better understand the native vegetation around me and how wildlife use it. While cows...

Deer hunters draw on a lot of wisdom passed down through generations. Often it becomes so widely accepted that it’s almost considered fact, like the idea that deer move more during cold fronts or that rutting bucks taste worse. Another one of those whitetail “facts” that everyone believes is that deer won’t eat yellow soybeans. This is something I’ve often wondered whether it’s true. While I’ve had some really poor hunts over yellow soybeans, I...