How to Hunt the Rut at Midday

Midday hunting during the rut phases is a major timeframe that most hunters miss out on. Yes, it can be brutal sitting all day in a tree stand, but for the guys that are willing to gruel it out, there can be a huge reward. For example, in the photos below are a few of the midday bucks I have taken in recent years, most of which were taken in high pressure hunting areas in Michigan. Looking at the percentages it has undoubtedly been my most productive time frame for big bucks during the rut phases.

If you’re looking to take a crack at the midday, here’s is a quick 4 part guide to hunting all day and maximizing your chance of success. Take a second to understand the when, why, where, and how—and then get out there! 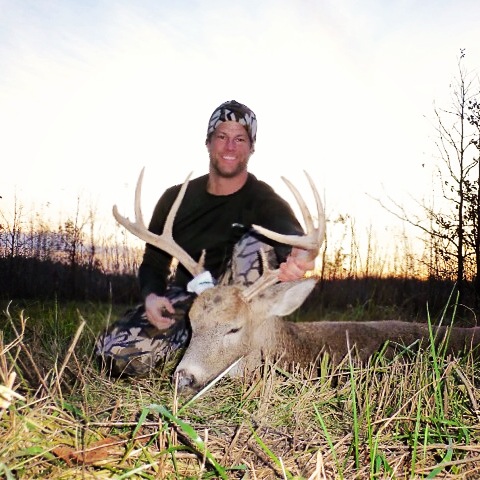 When I killed my earliest midday buck on Halloween at 12:30. I was situated in a narrow pinch of 100 yards or so connecting to huge blocks of timber. This buck came cruising through in search of love without a care in the world.

Although that is my earliest midday kill, I have seen good buck movement during the midday as early as Oct 25th. I would say any time between October 25th and late November in the upper Midwest, depending on when the firearm season falls in that particular state, is the optimal time frame. I killed my biggest buck on November 5th during the midday (3:00) and I once killed a midday buck three consecutive years on November 6th. 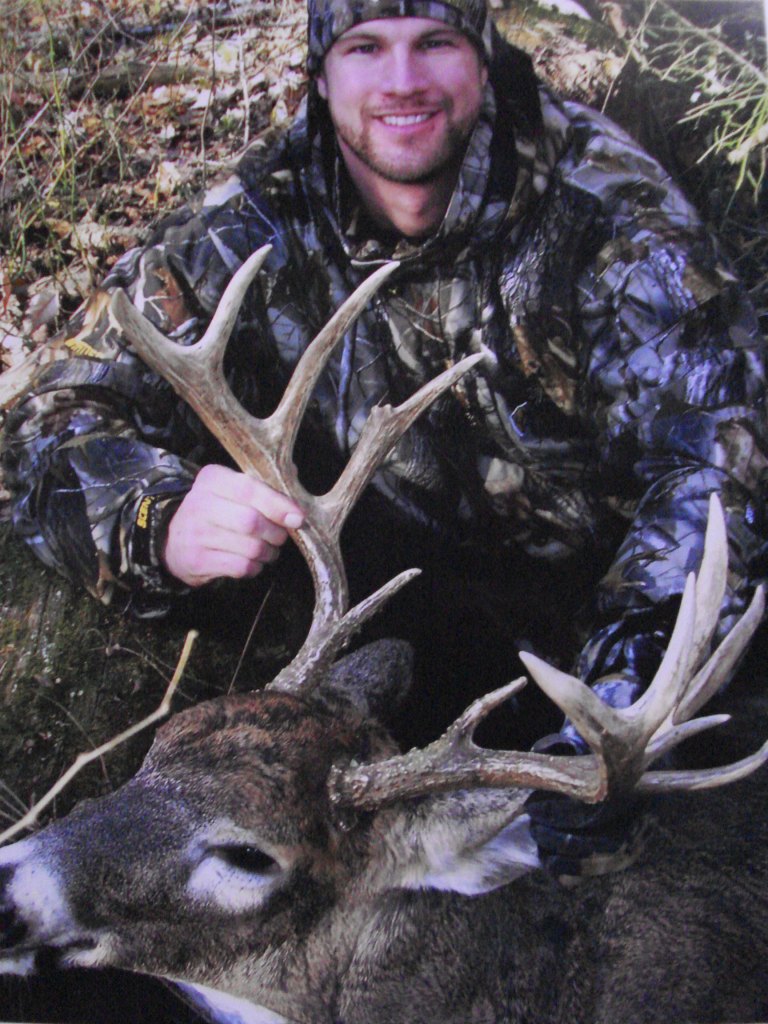 Why There are many reasons to hunting midday but here are a few of the main ones.

Also, mature deer quickly learn when it’s safe to move in their area. 99% of hunters do not hunt midday. Mature deer know this and will use this opportunity to search their area. Not to mention when the 99% of hunters leave the deer woods at 11:00 am they are stirring up a bunch of movement that the savvy hardcore hunter can capitalize on.

During the rut when a buck can’t find a hot doe he’s literally going crazy and will absolutely throw caution into the wind to find one. He still however will relate to cover most of the time. That’s why funnels are great ambush spots for midday cruisers. The buck can get from point A to point B while still remaining hidden. 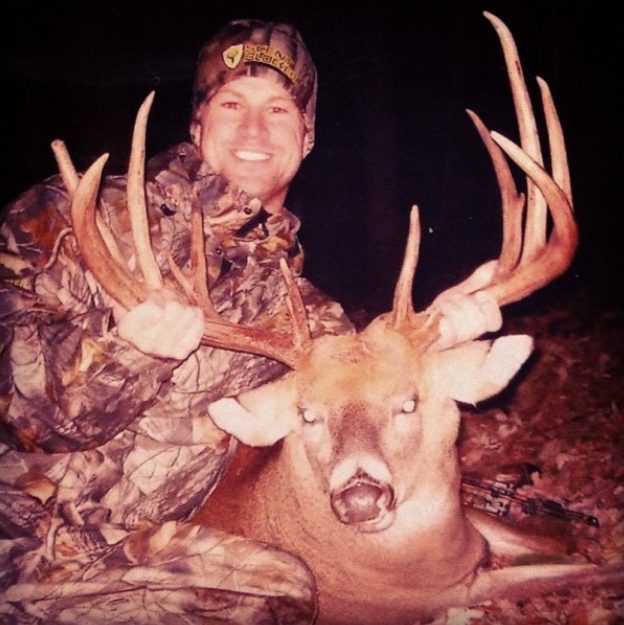 Where I have three favorites for midday hunting. A funnel between doe bedding areas or two large blocks of timber. This one is tough to beat when the bucks are in cruise mode. Bucks will constantly be scent-checking various doe groups and the cagey old bucks will use security cover to do it.

The second, and my personal favorite, is on the downwind side of a doe bedding area. This is a great spot during the cruising phase but also during lockdown because bucks of all ages will end up at these locations eventually. The key here is knowing where your resident doe groups prefer to bed and not spooking them while hunting. You should be doing everything in your power to leave your doe herd undisturbed throughout the early- to mid-season so you can capitalize during the rut. I like to set up within bow range of the bedding cover. Many times you will find a faint cruising trail on the predominant downwind side of the bedding areas. This is most easily found in the spring before green up and will often have buck sign from the year prior.

Funnels within bedding areas are great especially in areas of extreme pressure. Think of a swamp or marsh with multiple wooded islands and points that pinches down to a narrow portion. Picture a river bottom with multiple river bends lined with thick cover on both sides. The river bottom itself serves as the funnel. If you’re in hill country imagine a ridge system with multiple points while you hunt the funnels caused by the drainage ditches carved into the side. All of these are examples of funnels within a bedding area.

On the other hand, food plots and food source stand locations typically don’t make great all day spots, but you don’t have to park in one single spot for an all day hunt. You can hunt near a bedding area in thick cover in the morning and switch to a food source in the early afternoon to capitalize on prime evening movement. 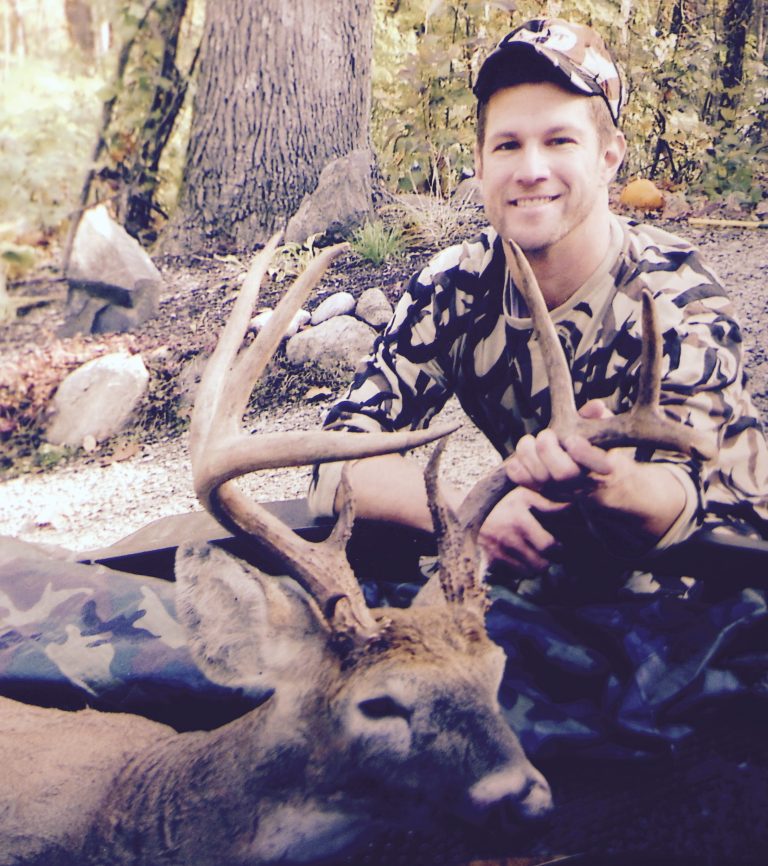 How Tough it out, man! The rut only comes once a year. If you have the opportunity to get out and hunt all day it’s simply a must this time of year. Pack some food, water, a book, anything that will help you stick it out. Get in a habit of scanning the area once every few minutes because it’s easy to lose focus after long hours on stand. Trust me, you don’t want to be caught off guard messing with your cell phone as the midday monster walks through your shooting lane. A comfortable stand is a must to hang in there all day.

The rut is short lived. Every year I feel like “where did the rut go,” so don’t let it pass you by. Most hunters don’t get many days out hunting, so if you have the opportunity it’s simply too valuable of time to be back at the truck eating a sandwich.

How to Hunt the Whitetail Rut in Big Woods

The rut is simultaneously the most exhilarating and frustrating time to be in the whitetail woods. That being said, your odds of finding a big-woods buck have never been higher than during this time of year. Hunting the big woods has its own set of challenges including unforgiving terrain, thick vegetation, and a lack of agriculture, all of which make them difficult to hunt. But if you’re persistent and patient, you can capitalize on one of these...

How to Kill a Buck at Midday in October

In deer hunting (and life), it’s the false things we think are true that hold us back the most. While I could list a pile of these beliefs as they relate to deer hunting, a glaring example is the myth that there’s no reason to be on the stand during the midday hours before Halloween. We all know that there is absolutely no reason to hunt the lunch shift during the early- to mid-season, right? I used to believe that wholeheartedly—until I started...