Only 10 minutes into my 2017 season,  the first rush of hunting-induced adrenaline surged through my veins.

It was last Friday, in southern Montana, and I was headed out for my first ever pronghorn hunt. I filled my pack with a day’s worth of water, snacks and gear, grabbed my Halon 32 and started up a steep golden hill of grass. The landscape ahead of me was a patchwork of state and BLM public land, and when I came over the rise, I immediately spotted my quarry. The first pronghorn buck I’d ever seen with bow in hand was staring right at me several hundred yards away. My heart fluttered.

I immediately backed down the way I came to get the hill in between us again and began a long flanking manever that took 15 or 20 minutes, and eventually got me to within 70 yards of the buck. He was bedded beneath me, as I knelt down, nocked an arrow and determined his distance. I couldn’t believe this was happening already – within less than an hour of starting my first pronghorn hunt, I was mere yards from sending an arrow. And then he was gone – like a burst of wind through a doorway he sprinted off into the distance. 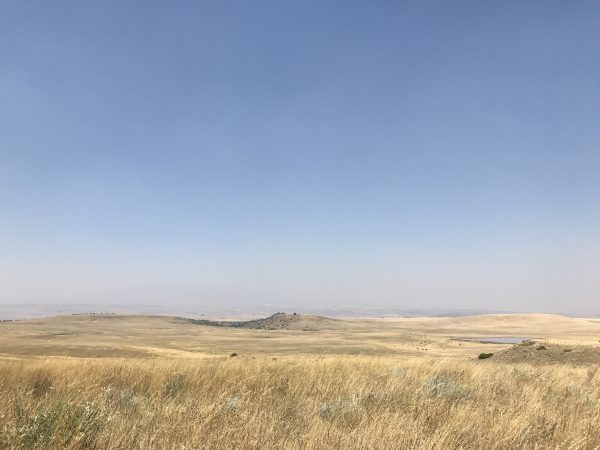 And from there on out, I was in nearly endless antelope action. I covered somewhere around 10 miles up and over and around grass and sage covered hills, saw dozens of pronghorn, and had three close-call stalks that nearly ended in me filling my tag. It was an absolute thrill of a day, but a filled tag was not meant to be.

Luckily, there’s plenty more hunting ahead of me. This year I have a more jam-packed schedule then ever before and with an earlier start than I’m used to as well. If you’ve followed the podcast, you’ve heard, but today I wanted to share just a little more detail as far as what’s coming down the line and what I’ll be covering this year on the journal.

In a little over a week, I’ll be heading up into Alaska for a caribou hunt with Steven Rinella. It’s a dream hunt, of course, but honestly I don’t know what to expect. Since the planning is being taken care of by others, I’m basically just along for the ride and hoping to learn a lot. More to come on this when I return. But in short, I’m counting down the days, a little nervous, a lot excited, and just ready to get this show on the road.

But when that hunt is completed, there will be no time to rest – as it will be straight on to whitetails. I have Montana and North Dakota whitetail tags that I’ll be trying to fill in about an eight day window, as well as the aforementioned antelope tag. The plan will be to target a series of state, BLM, and national grassland public parcels in an attempt to find a mature buck in early to mid-September. As these hunts begin, I’ll share in detail exactly how I hope to do that.

And finally, in late September I’ll arrive back in Michigan with seasons opening there within a few days. In my homestate, of course, my main goal will be killing the buck I’ve named Holyfield. If you’re not familiar with that story, this film should catch you up. I’m also pretty excited to hunt our northern Michigan family deer camp a little more this year, which we’ve been slowly trying to improve with food plots. I’ll be getting some public land hunting in as well. The game plan, for now, is to target Holyfield in the early season and then back off until the pre-rut, hunting my public and northern Michigan spots in the interim. As conditions dictacte, I’ll also pop down to our southern Ohio property possibly early, and definitely once we get into November.

Speaking of Ohio, my pal Josh “Furter” Hillyard pulled our trailcam cards down there last week and the bucks we currently have in the area are certainly promising. 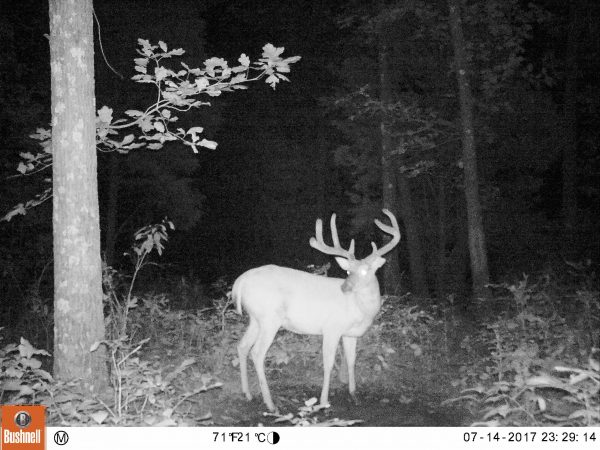 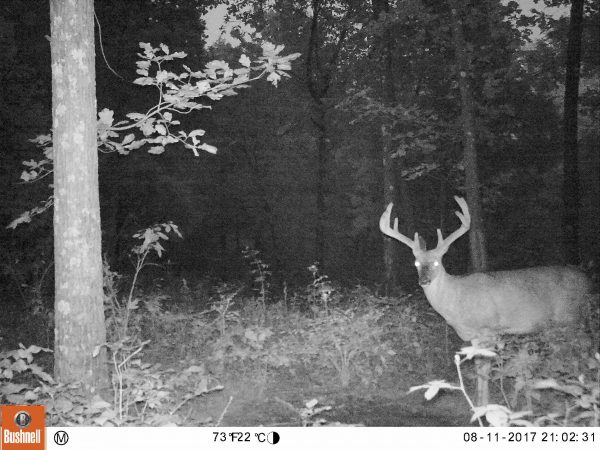 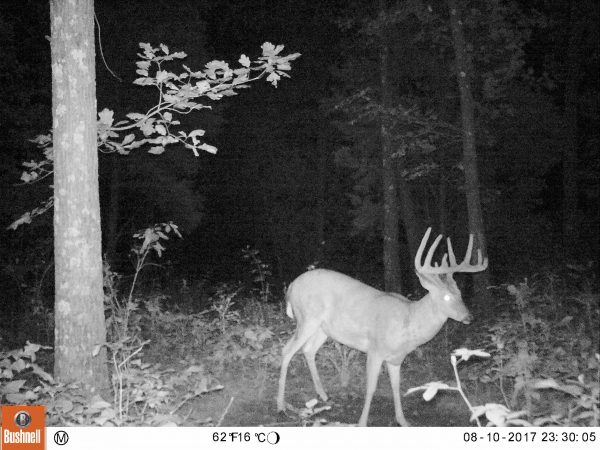 Of course, you never know which of these bucks might still be around come hunting season. In fact, it’s hard to guarantee much of anything regarding the next four months in Ohio or Michigan or Montana or North Dakota or Alaska. I may fill some tags, I may not. But one thing’s for sure. It’s going to be an adventure.

Best of luck to all of you out there kicking off your seasons as well. It’s beginning of the very best time of year people, enjoy it!

With the preseason commotion on the property now behind me, I can finally start deer hunting. After kicking off the season with little action, I welcome the first guest to hunt the farm. Luke Macauley is a professor and cooperative extension specialist at UC Berkeley, an unlikely spot to find a guy who is thinking about hunting and habitat fragmentation. Macauley’s recent research has taken steps toward proving what I’ve always believed: This...

I occasionally get a little down. Especially on days like this when the weather is lousy, hunting season is many months away, and current events and the corresponding social media is seemingly so divisive. It’s times like these that a hunting story can offer a welcome respite. So if for nothing more than my own benefit, I thought I’d share one – a zoomed in snap-shot of a single morning during my 2016 Montana deer hunt. I hope it can help...

With the whitetail rut in the rear-view mirror, it’s time to move on to the next phase of the season. Today I walk through three high-level pointers to keep in mind for hunting the post-rut. Wired to Hunt Weekly is a video journal documenting my DIY whitetail hunting exploits across the country.