I decided to begin this series with the tongue. I made that decision because I assumed it would be an easy place for me to start. Boy, was I wrong.

You might recall my last article where I mentioned that my sister and I used to eat cod’s tongues in my dad’s hometown of Spaniard’s Bay, Newfoundland. Cod’s tongues are tender, meaty little morsels found in fish shops, homes, and food counters all across the province. I’d always assumed they were exactly as their name suggests, so I set out to find other fish tongues that could be cooked the same way.

Before embarking on my culinary journey, I reached out to my dad to ask for our family recipe. The classic Newfie recipe is simple: lightly coat the tongues in flour before frying in oil and then sprinkling with salt and pepper. My sister and I ate them like fish ‘n chips—smothered in ketchup like a couple red-blooded Canadian gals. Dad said that when he was growing up, if they didn’t have flour, Grandma just fried the tongues in pork fat instead.

Excited to experiment, I managed to get my hands on a few different fish heads: snapper, barramundi (similar to a sea bass), yellowtail, salmon, and several other random species. Each of them had a large, pink hunk of protruding flesh in the middle of their mouths. I assumed these to be their tongues. I checked Josh Niland’s, “The Whole Fish Cookbook,” to confirm what I was looking for. His diagram showcased a set of branchiostegal rays splayed out like angel wings to frame a small protruding tongue set perfectly in the middle. I ran a knife through the skin and joints, deconstructing the piece to match the image in the book. I was amazed how easily all the pieces came apart. Much like when deconstructing a deer shoulder, a little light prodding let me know exactly where to place the appropriate cut.

The tongues varied in size and texture, ranging from soft and rubbery to spiky and mildly terrifying. None of them looked like the tongues I remembered from my childhood, but I fried them up anyway to see what they tasted like. They were gelatinous but tasty—succulent pieces of jelly, intensely flavoured by the butter and herbs they’d been cooked in. Some of them even had a little bone inside. While they were yummy, this was not how I remembered cod’s tongues.

I turned to the internet to see if I could find more information about cod and hake. My fear was that they’d be the only species with tongues suitable for cooking. When I found reports stating that cod’s tongues actually aren’t tongues at all, rather a muscle further back in the cod’s neck, I was floored and went back to the drawing board.

I drove to the fish market the next day to find some answers. I must have asked 20 fishmongers about fish tongues—I received 20 confused faces and 40 furrowed eyebrows. So, I grabbed a few more fish heads and headed back home. While lipping one of the fish, I accidentally stumbled upon my answer. I noticed that a section of soft flesh in the lower jaw flexed under my thumb as it pressed inwards, so I cut out the triangular piece and examined it. Unlike the “tongue,” it appeared to be solid meat, so I threw it in the pan and waited for it to brown. The final result was a perfectly tenderised morsel almost exactly like I’d remembered as a kid!

Now I was really confused. Was this part the tongue? I drank a pot of coffee and waited for the fish shops in Newfoundland to open. My calls to the shops were enlightening, but each of them had a different description of what constituted a fish’s tongue. Some said it was the protruding, gelatinous bit, others said it was the meaty triangular piece affixed to the lower part of the jaw (the piece I’d discovered only hours earlier). The guys at Niland’s butchery in Sydney told me they call that cut of meat the throat. All the shops agreed, however, that the meaty part of the fish’s mouth is most desirable.

It wasn’t until the next day that it all kinda clicked. The human tongue anchors onto a bone just under the jaw. While we typically only see the moving parts, there’s a lot more of our tongue that we don’t see. Of course, it’s impossible to compare fish physiology with mammals, but it does help me to better define the actual fish’s tongue—especially given the differences between species. Tongue, basihyal, bottom jaw, neck muscle, throat… I’ve learned to focus on textures and flavours instead of terminology. So, while I can’t speak on behalf of every fish species, of the ones I’ve tried, there are two delicious parts of the “tongue” that are well worth frying up. Hopefully, the next organ I’ll discuss in this series won’t be nearly as confusing. Stay tuned as we cover a recipe that uses fish eyeballs!

Get the latest in your inbox
The MeatEater Newsletter has our picks for the week's best hunting, fishing, wild foods, and conservation content along with special deals and recommendations for subscribers.

Nostril to Caudal: How to Eat the Whole Fish

I grew up eating and thoroughly enjoying wild game and fish offal and body parts. To this day, I...

I grew up eating and thoroughly enjoying wild game and fish offal and body parts. To this day, I... 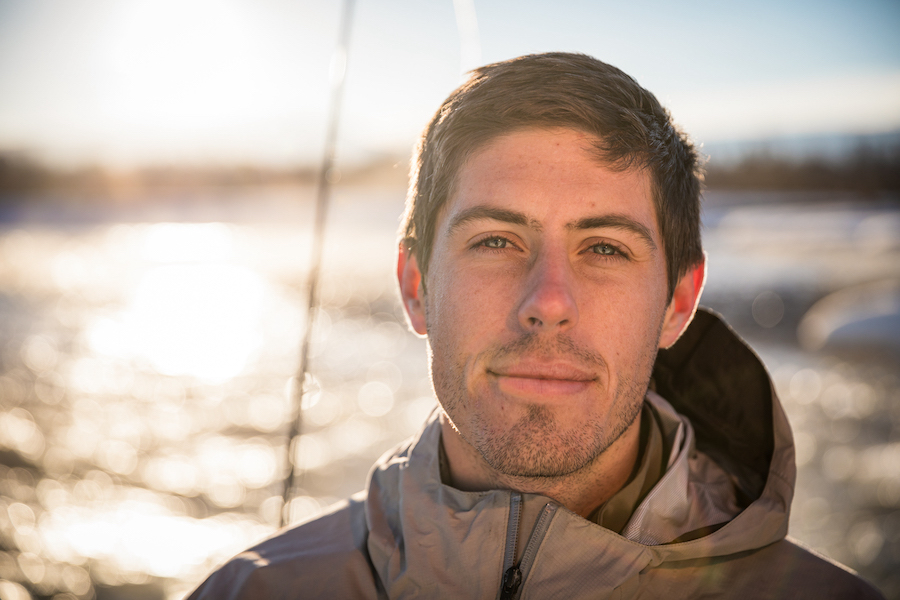