Here at MeatEater, we’ve provided plenty of recent coverage of hunters mauled by grizzlies and kids bitten by mountain lions, but haven’t given near enough attention to turkey attacks on humans. As we head out to chase gobblers this spring, there’s hope that reporting on all the times folks have taken an “L” against turkeys will do us some good in the karma department.

The idea of a tom pecking at the shin of a guy mowing his lawn is damn funny, but it seems that the urbanites that this usually happens to would disagree. They take the threat of gobbler violence pretty seriously, which has inspired headlines like “What To Do If You’re Attacked By Wild Turkeys” and “It’s Turkey Mating Season: What If You’re Attacked” out of Boston and Sacramento.

“Residents can threaten a bold or aggressive turkey by making loud noises, swatting it with a broom, or spraying water from a hose,” said a representative from the Massachusetts Division of Fisheries and Wildlife, in an interview with CBS Boston.

According to MassWildlife, it’s pretty insulting if a gobbler singles you out. They claim that wild turkeys “may attempt to dominate or attack people they view as subordinates.” Most hunters are used to turkeys avoiding them altogether, but maybe that’s because a Weatherby shotgun is more intimidating than a garden hose.

This recap is for all those badass turkeys that go toe-to-toe with the species that nearly drove them to extinction. Here are some of the wildest wild turkey stories to make the news over the last year. 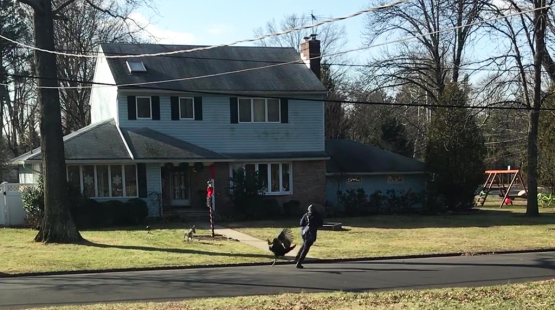 Mailman Mugger
In New Jersey, a mature tom took advantage of the recent government shutdown to wreak havoc on a neighborhood. His primary victims were postal workers, who had their routes changed in response to the aggressive gobbler.

“He ran after the delivery people, so we stopped getting mail and Christmas presents this year,” said resident Brianne Taylor, in an interview with CBS New York. “Whenever we come out our door, we actually carry a golf club because it’s the only thing that kind of shoes him away.”

While some locals wanted the bird removed, others enjoyed its presence and hoped for a pardon. It nearly happened, as furloughed USDA employees weren’t available during the height of the bird’s terror.

“The USDA, as represented by three young women and three county policemen, Union County policemen, came before Christmas with the intention of using a tranquilizing dart and then taking him to Clinton,” said resident Diane Carol. “Then the furlough happened and intervention of some sort. We were grateful. That was good timing.”

It’s unknown if the turkey’s good timing ever ran out. In a final update on January 4, 21 days before the shutdown ended, the USDA said they’d need to euthanize the gobbler. Here’s hoping that it flew the coop before agents ever got back on the case, and it’s currently out there in the wild strutting it up. 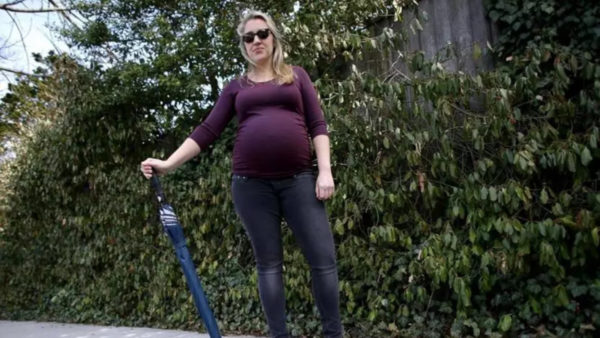 Pregnant Lady Assailant
Kenda Carlson always walks the streets of her Massachusetts neighborhood with an umbrella—even when it’s not raining. She uses the handheld canopy to defend herself against a combative flock of turkeys.

“It’s the one thing I think I can do to make myself feel a bit more comfortable,” said Carlson in an interview with the Boston Globe. “I heard that the motion of opening up the umbrella in the face of a turkey might be enough to scare it away.”

Carlson developed “turkey phobia” while seven months pregnant, which was brought on after two separate attacks. The first assault took place on April 2 while Carlson was taking an evening stroll. She spotted two flocks of turkeys on the sidewalk in front of her and decided to cross the street to avoid conflict. It didn’t work, however, as three turkeys cut off her route and started pecking at her legs in the middle of the road. They didn’t let up until a broom-toting neighbor arrived on the scene.

“I just could not get away. I was trying to kick up my legs behind me to push them away, and then taking baby steps—screaming, hunched over, hovering over my belly.”

The next incident was a week later when Carlson was charged by a tom while on her morning walk. Although it was less traumatic, it inspired her to call the state to see what could be done. Carlson doesn’t have any hard feelings towards the birds, and would prefer “peaceful cohabitation” over euthanizing or relocating the flocks. 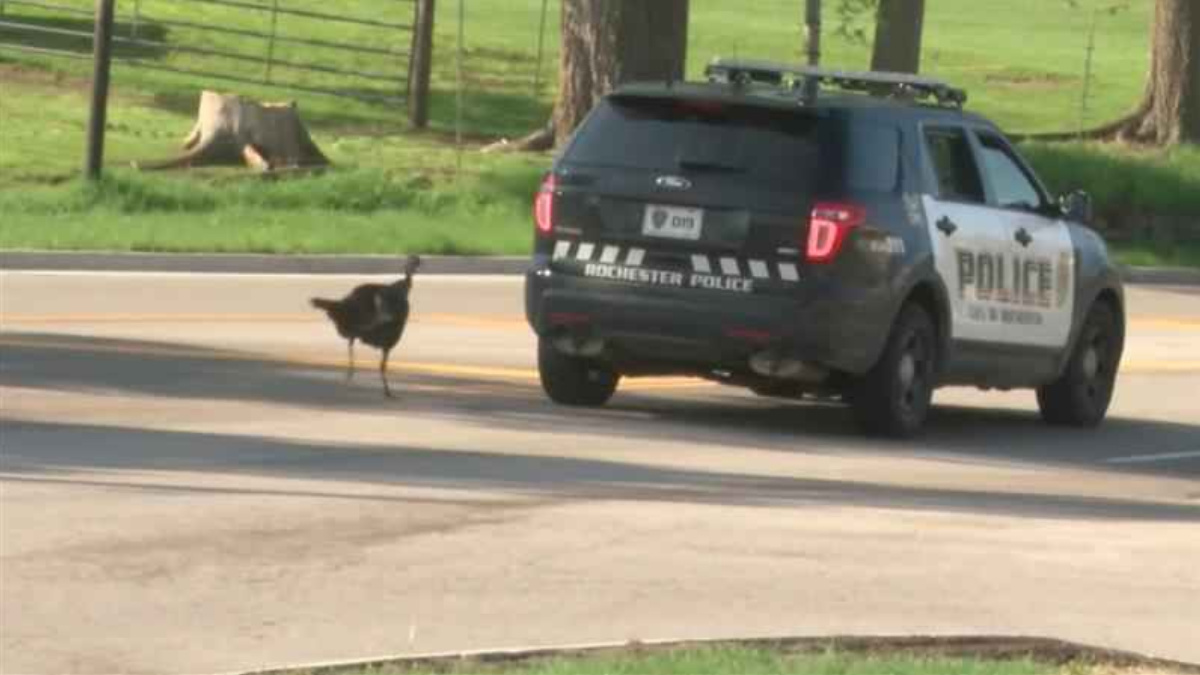 Cyclist Assaulter
Last May, a gobbler showed up at a popular intersection in Rochester and decided to call the area home. The turkey became famous for regular visits to a nearby apartment building, senior center and fast food restaurants. Residents affectionately named the young male “Jake.”

“Sometimes he goes to Panera Bread and looks in their window,” said a woman interviewed by the Star Tribune. “He’s out in the traffic and up and down our sidewalk. Sometimes he fluffs up because it’s mating season and he looks very beautiful. He’s just a sweetheart, but he’s kind of a safety hazard.”

The locals’ love for the turkey was tested numerous times. He was notorious for pecking at slow-moving cars, chasing motorcyclists and causing traffic jams. Usually police would show up and escort the bird away, but Jake made a fatal mistake when he attacked a child on a bike. Following the confrontation, officers attempted to catch the bird with nets and relocate it out of the city.

Jake wouldn’t cooperate, though, and led police on a two-hour wild g̶o̶o̶s̶e̶ turkey chase. It ended with a 9mm shot to the breast when officers determined the bird was too aggressive for a negotiation.

“Frankly, we dealt with this bird too long,” Police Chief John Sherwin said.

Jake’s story may not have a happy ending, but his don’t-take-crap-from-anybody personality suggests he’d prefer to go out in a blaze of glory.

A Guide to Hunting Wild Turkey

Wild turkeys are the big game of the small game world. Weighing upwards of 25 pounds, a mature bird is capable of supplying multiple meals for even a large family. While many states have fall turkey hunting seasons, hunting for these birds is generally regarded as a spring activity. April or May brings on their breeding season. This is the time of year when males fill the woods with the sounds of their raucous and unmistakable gobbles, which...

Mark Kenyon showcases a method of butchering a wild turkey after a successful hunt. The Benchmade blade makes quick work of the turkey, getting the tasty flesh off the bone and ready for packaging and cooking.