A Hunt a Day Keeps the Doctor Away

Have you ever called in sick to work and then went hunting instead? Did you feel a little guilty? We’ve all done it and maybe a few of us felt bad. But I’ve got good news. There’s no reason to feel bad about your decision.

Yes, you heard me right and do feel free to pass this information along to your boss. What’s been known all along by hunters has now been confirmed in hundreds of studies by doctors, researchers, and scientists across the world. Nature makes us less stressed, happier, and in many quantitative ways, even healthier. This is so well documented now that some doctors are even prescribing time outdoors to patients.

The old saying used to be that “an apple a day keeps the doctor away.” No offense to fruit, but heading outside for a hunt might just be what the doctor ordered.

Biophilia When I first started reading through the science of how nature is benefiting human health my reaction was, “Well, no shit.” I’d seen it, felt it, and known it deep in my bones since I was a child, at least intuitively. But why exactly this was, I couldn’t quite explain.

Fortunately, others can. One of the first attempts was made by renowned biologist E.O. Wilson, in what he popularized as the biophilia hypothesis.

“In short, the brain evolved in a biocentric world,” Wilson wrote. The idea here is that humans became human amidst the sights, sounds, and smells created by the natural world. This was the environment we were built for but one that modern humans are increasingly divorced from. It only makes sense that we would operate best when re-exposed to these same stimuli. This theory, among others that drill into more specific aspects, all point to that fact that exposure to the natural world benefits our well-being.

“Across the globe there is now a network of legit nature researchers studying all the ways the biophilia hypothesis might improve humans from head to toe,” Michael Easter wrote in his book The Comfort Crisis. “They’re proving that the outdoors is one potent antidote to the modern human conditions of chronic disease and being overstressed, overstimulated, and overworked.” 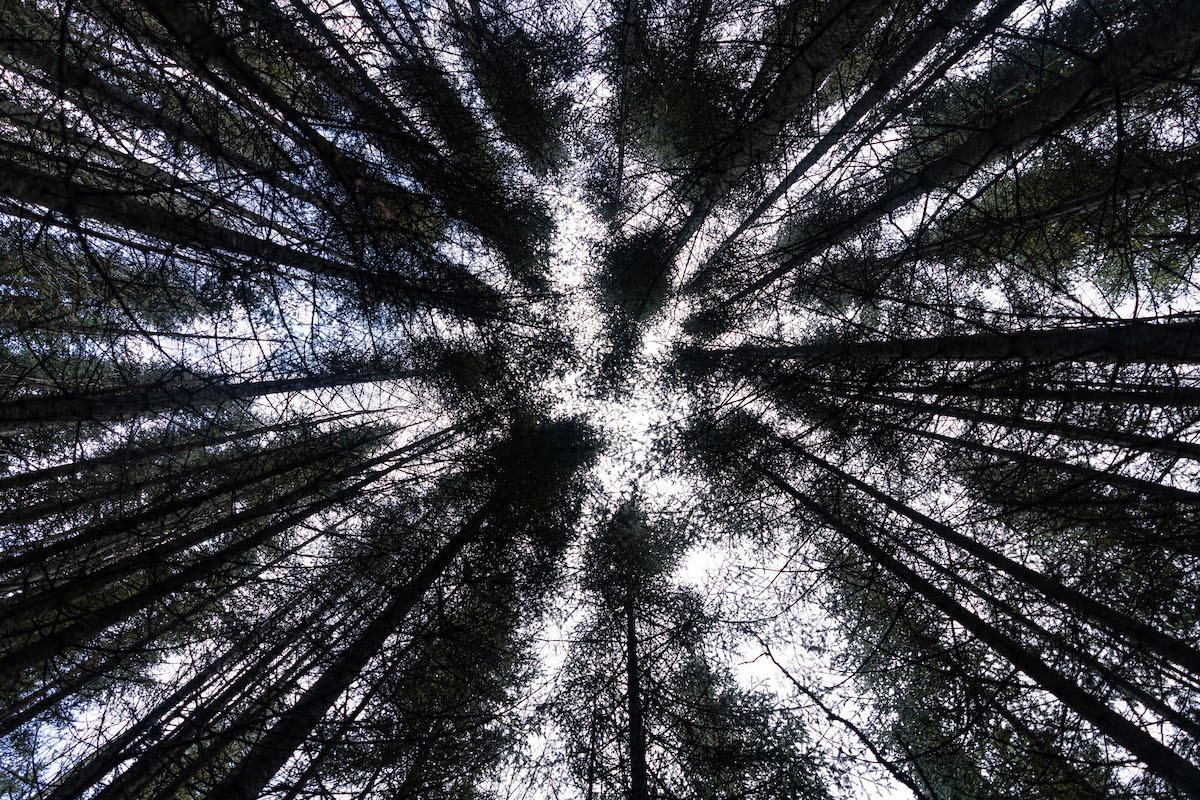 The Power of Nature Imagine a typical day of deer hunting. We wake up early, sneak our way through a pre-dawn forest of oaks and pines, then climb into a tree canopy and settle in for the morning. Over the next few hours our mind wanders, we survey the scene taking in the verdant green leaves flicking back and forth and a gentle creek flowing in the distance, we hear a gurgling brook and soft breeze. We breathe deep and slow. This, in my mind, is the recipe for a damn good day. It’s also exactly what an increasing number of scientists say we need to live healthier, happier lives.

Let’s consider the practice of “forest bathing,” popularized by the Japanese, which is simply the act of walking and resting in a forested environment. Shinrin-yoku, as its known in Japan, has been studied extensively and been shown to lead to quantifiable improvements in a number of physiological metrics. “Forest bathing trips reduce the concentration of cortisol in saliva, reduce the concentrations of urinary adrenaline and noradrenaline, reduce prefrontal cerebral activity, reduce blood pressure and stabilize autonomic nervous activity in humans,” Dr. Qing Li, author of Forest Bathing: How Trees Can Help You Find Health and Happiness wrote.

In laymans terms, time in the outdoors is leading to chemical changes in humans that reduces stress, increases focus and creativity, improves feelings of happiness, and promotes other positive health attributes.

As explained by the biophilis hypothesis and the “Stress Reduction Theory” developed by American research Roger Ulrich, part of what’s at play here is simply the stress-reducing impacts of leaving the chaos of civilization and returning to our natural environment. Natural stimuli equates to good feels, both mentally and physically. This is true whether you’re walking through a forest, climbing a mountain, or sitting in a tree. It’s even been shown, according to some studies, that just looking out a window or at images of a natural environment can trigger positive impacts.

But there’s also growing research that points to more physical variables at play too, specifically the impacts of breathing in the essential oils and aerosols that trees and other plants emit into the air known as phytoncides. These chemicals emitted by plants, which are meant to fend off bacteria or insects, have increasingly been found to have beneficial physiological effects on human health. Spend any amount of time in a treestand and you’re sure to inhale a healthy dose of these, not to mention the higher concentration of live-giving oxygen that these trees produce as well.

Finally, it should be pointed out that time exploring the natural world, hunting in our case, almost always encourages increased exercise. Physical activity, while another article all together, has been proven even more extensively to benefit our health and well-being in a profound way. Pair the natural world with exercise and you’ve essentially found the fountain of youth. 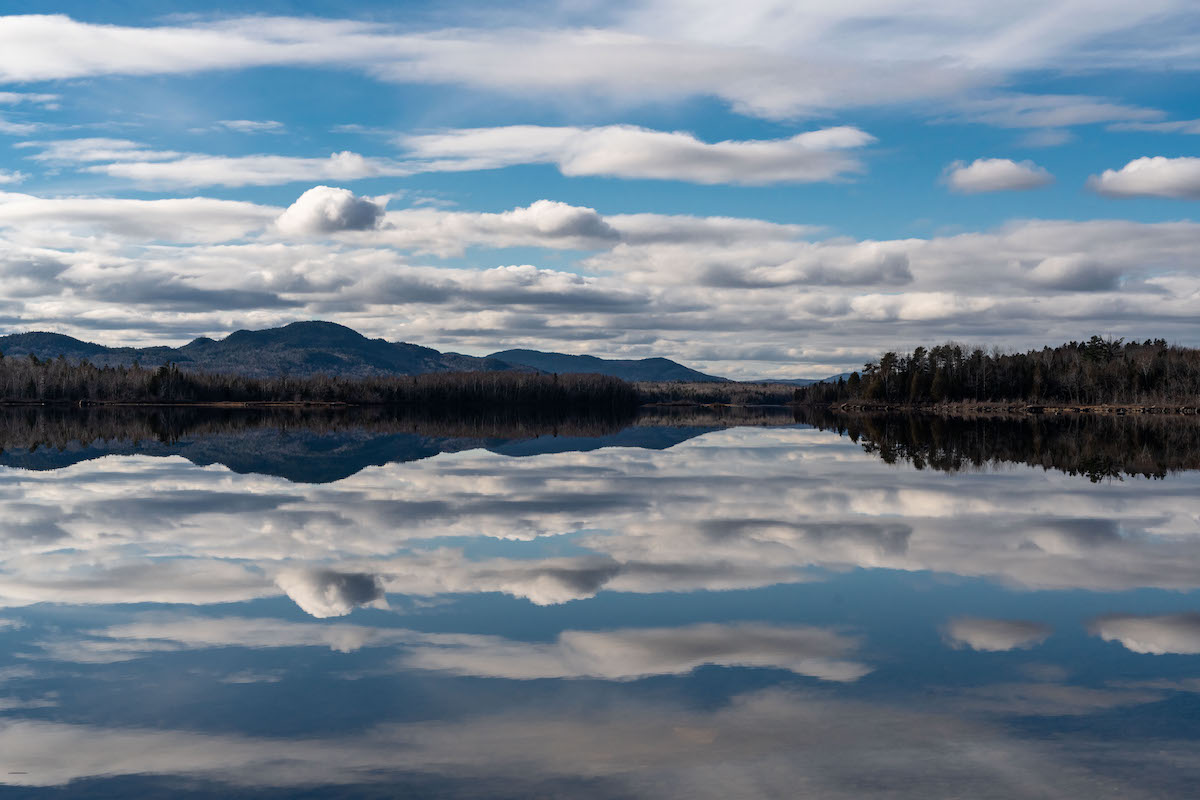 Awe and Escape The physical impacts of every-day pedestrian nature exposure, akin to a sit in a treestand, are now well-documented. But there’s even more opportunity for us hunters to benefit from our activity of choice. One of these lies in the impact of awe.

Awe, that being the physical and mental sensation we experience when being exposed to an exceptional or extraordinary event, has now been proven by numerous studies to also be a natural health driver. Watching two mature bucks circle, posture, and then violently fight for dominance. Witnessing a bull elk crest a mountain ridge and bugle into the frosty air. Lying prone behind a downed tree as a black bear sniffs the air and curiously approaches your turkey decoys. All of these experiences induce awe, which has now been found to be another “super drug” of the natural world.

Studies have found that consistent experiences of awe can lead to better mood, increased humility, improved life satisfaction, and a diminished sense of self in which participants experienced the positive effects of “shifting their focus away from their own concerns.”

Another line of research in the science of nature has been around “the three-day effect.” This, in short, is the (now documented) positive impact humans experience when leaving civilization and immersing oneself (tech-free) into nature for at least three days. Or, as I like to think of it, the case for escaping for a week-long backountrying hunting vacation. Take for example the results of one 2012 study that found the three-day effect leading to a nearly 50% boost in creative thinking and problem solving. Another study involving combat vets on a four-day rafting trip experienced a 29% reduction in PTSD symptoms and 21% in stress levels.

“On the first day stress and health markers improve, but we are still adjusting to the discomfort of nature,” writes Michael Easter in The Comfort Crisis. “By day two our mind is settling and awareness is heightening. We’re caring less about what we left behind and are beginning to notice the sights, smells, and sounds around us. And then day three hits. Now our senses are completely dialed in and we can reach a fully meditative mode of feeling connected to nature.” 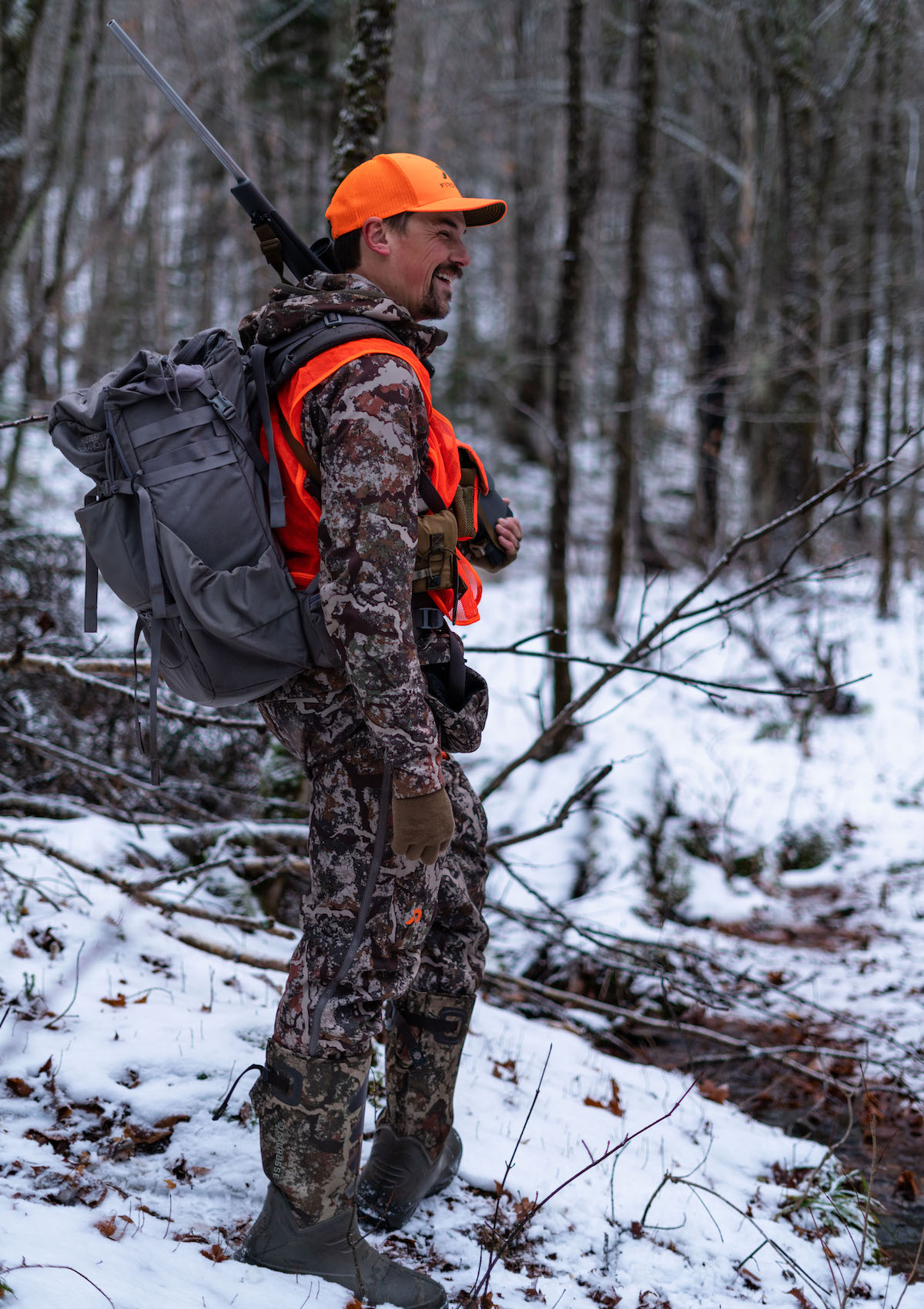 Conclusion Walking through the woods, sitting amidst the trees, watching wild animals do wild things. This is what we love as hunters. It’s what we do as often as we possibly can. It’s also, increasingly, exactly what is being prescribed to help us live healthier and happier lives.

So next time you’re considering skipping out on work and hitting the woods, consider this your doctor’s note. Go.

Author’s Note: If you’d like to dive more into this topic, I’d highly recommend reading The Nature Fix by Florence Williams and The Comfort Crisis by Michael Easter.

Shop All
Save this product
Benchmade
Steep Country Knife
$162.00
A versatile fixed-blade capable of performing throughout any season, on any species.
Shop Now
Save this product
Vortex Optics
Diamondback HD Binoculars 10x42
$249.99
Rock-solid optic that optically punches high above its class.
Shop Now
Save this product
Vortex Optics
Razor HD LHT 3-15x42 Riflescope
$1299.99
"The LHT has become my go-to scope for nearly every hunt. It’s lightweight for easy backcountry carry, yet has the glass quality and exposed turrets for precision shooting from sunup to sundown." - Janis Putelis
Shop Now
Coming Soon
Save this product
FHF Gear
FOB Bino Harness
$185.00
The FOB Bino harness is a fully enclosed forward-operating bino harness, that serves as a secure location for binoculars and other critical gear during your outdoor pursuits.
Shop Now
Get the latest in your inbox
Subscribe to our newsletters to receive regular emails with hand-picked content, gear recommendations, and special deals.
Our picks for the week's best content and gear
For the whitetail obsessed, with Mark Kenyon
Redefining our connection to food, with Danielle Prewett
Your one-stop for everything waterfowl, with Sean Weaver
Get out on the water with the MeatEater Fishing crew
Technical hunting apparel
Purpose-built accessories for hunting and fishing
Quality elk, turkey, waterfowl, and deer calls
Privacy Policy

I’ve always felt that I’ve been especially blessed as a deer hunter. Not necessarily because of my success, though I’ve had my moments, but rather because I’ve been able to experience so much of the deer hunting world. I grew up in Vermont, had family property in New York and Indiana, and when I was in my mid-twenties, I moved to Montana to become a guide. I’ve been lucky enough to hunt deer in a variety of different states, utilizing a...

Does your hunting gear stink worse than an old boar in the rut? Do the soles of your boots flap, flap, flap in the silence of an early dawn stalk? Is your bino harness sagging? Are your calls busted or base layers threadbare? Well, we’ve got good news for you. We’re giving away some badass gear to celebrate the launch of our new show, On the Hunt with Janis Putelis. One lucky winner will receive an entirely new setup for next season. This...

A Few Thoughts On “Making It” In The Outdoor Industry

How can I do what you do? Do you have any advice on getting a job in the outdoor industry? What should I do to start a blog or a podcast or get a writing gig with a magazine or film for TV? How can I hunt or fish for a living? I get questions like these and hundreds more every year. Not surprisingly, there are a lot of people out there who’d love to merge their career with their passion and find a way to make a living doing something they love...