Ammunition can be classified into two categories, rimfire and centerfire. Small game hunters stick more closely to rimfire cartridges, they are smaller and destroy less meat.

With rimfire ammunition, the priming compound is located inside the hollow rim of the casing. The firing pin just needs to strike the rim and smash it enough to ignite the primer. Rimfire ammunition cannot be reloaded, because the firing pin effectively destroys the case.

Due to the fact that the metal on a rimfire case needs to be weak enough to be impacted by the firing pin, there’s an inherent limit to the power of a rimfire cartridge. They cannot withstand the high pressures that centerfire cartridges can put up with.

Popular Rimfire Rounds
The rimfire class of cartridges includes the .17HMR,  .22 Win Mag and the exceedingly popular .22 LR. The .17 HMR is a very fast and flat shooting cartridge that is borderline too powerful for the small game hunter who hunts for the table. Quite simply, it causes too much tissue damage on lightweight game such as squirrels, rabbits, and grouse.

The .22 WMR is a suitable small game round, particularly when shooting solid point bullets. But in the opinion of most serious small game hunters, the extra yardage that you get with a .22 WMR does not make up for the extra cost of ammunition and the extra tissue damage that it inflicts on small game.

Rifles chambered for the .22 LR can safely handle a small family of “other” .22 cartridges as well, including the 22 CB, .22 Short, and .22 Long. For practical purposes, however, let’s limit our discussion strictly to .22LR  ammunition because there’s really no great reason for a modern small game hunter to mess around with these alternate ammunition. Also, semi-automatic rifles can encounter major cycling problems with .22 CB and .22 Short ammunition.

.22LR cartridges are classed according to velocity. There are subsonic velocity, standard velocity, high velocity, and hyper velocity loads. Subsonic loads have a muzzle velocity less than the speed of sound, 1,125 feet per second. The subsonic loads are basically scaled down versions of the .22 LR, often the propellant for them is nothing more than the primer itself.

The greatest advantage to subsonic loads is the reduction in noise, as there is no “crack” that comes with the breaking of the sound barrier.  These loads are most often used for target practice and short range pest control,  but they are great for small game hunters who need to exercise discretion in areas where hunting is legal but might be frowned upon by nearby residents.

Standard, high, and hypervelocity loads are the more common choices for small game hunters. These speedier loads give you a flatter trajectory and increased range. Below, you’ll see where the highly authoritative gun writer Chuck Hawks offers a detailed, technical explanation of the various .22 LR ammunitions that are available.

Read the passage carefully before selecting hunting ammo for your .22, especially the part where Mr. Hawks endorses high-velocity 36-grain and 37-grain copper plated hollow points for general small game hunting. Take some time at the rifle range to shoot ammo from a number of manufacturers in order to find the load that shoots best through your particular rifle.

Chuck Hawks Take on the .22LR 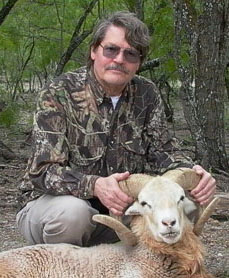 “The .22 Long Rifle is the most popular and the most highly developed cartridge in the world. The major ammunition producers have put more research and development dollars into this modest little cartridge than any other. It is used at the highest levels of match target competition, including the Olympic Games. Strange, when you think about it, as the .22 LR is also, along with its predecessors the .22 Short and .22 Long, the most antiquated of cartridges.

“The rimfire principle was used to create the first successful self-contained metallic ammunition. Rimfire cases are constructed with the priming compound spun inside the rim of the copper or brass case, which is crushed by the blow of the firing pin to ignite the main powder charge. This damages the case so that it is useless for reloading and the rimfire design requires a far weaker case rim than the solid head cases used for centerfire ammunition. The permissible maximum average pressure for rimfire ammunition is much lower than possible with centerfire cartridges. Yet, the .22 LR endures and prospers, outselling all other sporting cartridges by a large margin every year.

“All current .22 rimfires, except the relatively recent .22 WMR, are ancient black powder designs and use tapered heel bullets. If you examine a .22 S, L, or LR cartridge you will see that the case and bullet are the same diameter. The part of the bullet inside of the case, the heel, is reduced in diameter to allow it to fit inside of the case. Such bullets are also called “outside lubricated” because they are ordinarily waxed or copper plated.

“In all other modern cartridges, the bullet shank is of constant diameter and the case is slightly larger than the bullet to allow the heel of the latter to fit inside. This old fashioned term for this design is “inside lubricated,” as the lubrication grooves of lead bullets are inside of the case.

“The .22 S is a development of the BB cap using a 29-grain Round Nose bullet in a lengthened case, compared to the BB Cap. It was originally powered by 4 grains of fine black powder. Strange as it sounds today, the .22 S was originally developed as a self-defense cartridge for use in a handgun. Today, CCI loads their .22 S Target ammunition to a muzzle velocity of 830 fps for rapid fire pistol competition.

“The .22 S is a pretty anemic round and in 1871 a longer case of the same diameter was developed for the 29-grain Short bullet. This became the .22 L cartridge, still occasionally seen, but obsolescent, today. The .22 L was once chambered in a large number of pistols and rifles. It was originally loaded with 5.0 grains of very fine black powder and offered about 100+ feet-per-second greater velocity than the .22 S.

“In 1887, the Stevens Arms Co. developed the ultimate in .22 rimfire cartridges, the .22 LR. This used the .22 L case with a 40 grain RN bullet loaded to higher velocity than the 29 grain L bullet. It shot flatter and hit harder than any of the previous .22 rimfires, except the earlier .22 Extra Long, whose performance it essentially duplicated in a shorter case. The .22 LR proved to be more accurate than that cartridge and therefore replaced the .22 EL, which has been obsolete for a long time.

“The .22 LR caught on, was adapted to both rifles and pistols, and became the most popular sporting and target shooting cartridge in the world. After the advent of smokeless powder and high-velocity version of the .22 LR was introduced, which further extended the .22 LR’s superiority as a small game hunting cartridge.

“For small game hunters, most manufacturers offer a 36-37 grain copper-plated lead hollow point bullet at about 1280 feet-per-second. This load expands nicely and makes for quick kills on small game, given proper bullet placement. The maximum point blank range (+/- 1.5 inches) of typical .22 LR high-velocity loads is about 90 yards when fired from a rifle with a telescopic sight mounted 1.5 inches above the bore.

“Because of its popularity, there are many permutations of the .22 LR cartridge. One of the least common is the .22 LR shot cartridge, which fires a pinch of very fine #12 “dust” shot. This load is used, among other things, to collect very small creatures, mice and the like, for museum displays when fired from smooth bore barrels.

“Far more useful are the hyper velocity .22 LR loads, pioneered by CCI in the form of the Stinger. These use lightweight hollow point bullets at increased velocity for flatter trajectory and dramatic expansion. Remington followed suit with their famous Yellow Jacket load, and the idea was subsequently picked-up by most other manufacturers. The CCI Stinger drives a 32-grain hollow point bullet at a maximum velocity of 1640 feet per second with 191-foot-pounds of maximum energy.

“The .22 LR hyper velocity cartridges are the varmint loads of choice for those hunting sand rats, gophers, rats and the like with their .22 rifle or pistol. They kill quickly, but are likely to do excessive damage, unless only headshots are taken, to edible small game. The hypervelocity loads are also the best choice for anyone using a .22 LR firearm for personal protection, as they have demonstrated more stopping power than traditional high-velocity loads.

“For small game hunting with both rifle and revolver, I prefer the .22 LR high velocity 36-37 grain copper plated hollow-point loads from CCI, Mini Mag, Remington, Golden Bullet, and Winchester, Super-X. I have spent a great many enjoyable hours in the woods carrying my old Marlin Golden 39-A Mountie. That lever action carbine and I have harvested no end of squirrels together and provided many a meal on camping and hunting trips.

“Somehow, I have managed to wear out two firing pins, easily replaced in a Marlin 39, over some 50 years of small game hunting with that old take-down rifle, but it is still a deadly shooter. Manufactured sometime in the 1950s, it had already seen plenty of use when I traded a hunting partner out of it. He had his heart set on a Kodiak .22 WMR rifle I happened to own. However, that is a story for another time.”

Chuck Hawks is the owner and managing editor of Guns and Shooting Online www.gunsandshootingonline.com

Save this product
Phelps
Phelps EZ SUK'R
$34.99
Meet the new, patent-pending cow and calf call from Phelps Game Calls that uses inhale technology to produce crisp and clear sounds every time.  Features a replaceable voice module.
Save this product
Benchmade
Steep Country Knife
$162.00
A versatile fixed-blade capable of performing throughout any season, on any species.
Save this product
Vortex Optics
Diamondback HD Binoculars 10x42
$249.99
Rock-solid optic that optically punches high above its class.
Save this product
Nemo
Moonlite Reclining Chair
$149.95
Take Moonlite™ into the backcountry and experience the feeling of weightlessness as you lean back under the stars. Oversized tubes, paired with forged aluminum hubs, create exceptional strength and stability. And best of all, Moonlite is the only chair of its kind with an adjustable seating position, making it ideal for dining or reclining. The exceptional comfort of the Moonlite™ chair comes from a custom engineered, asymmetrical mesh that...
Get the latest in your inbox
Subscribe to our newsletters to receive regular emails with hand-picked content, gear recommendations, and special deals.
Our picks for the week's best content and gear
For the whitetail obsessed, with Mark Kenyon
Redefining our connection to food, with Danielle Prewett
Your one-stop for everything waterfowl, with Sean Weaver
Get out on the water with the MeatEater Fishing crew
Technical hunting apparel
Purpose-built accessories for hunting and fishing
Quality elk, turkey, waterfowl, and deer calls
Privacy Policy

A versatile shotgun will prepare you for 90% of North America’s small game hunting opportunities. If you want to bring that up to a virtual 100%, look no further than the simple and ubiquitous .22 LR, more affectionately known as the double-deuce. There are many, many benefits to owning and shooting a .22. Dirt cheap guns, you can find great .22s, particularly used models, for under $200. Dirt cheap ammo, even with today’s inflated ammunition...

To kick off this article on gear, I’ll refer to one of my own passages from Volume 1 of the Complete Guide to Hunting, Butchering, and Cooking Wild Game. “Gear is like booze. Once you get older, you realize that quality should be regarded more highly than quantity.” The basic sentiment of that passage holds true for the small game hunter, save your money and focus on getting yourself into a kit of quality gear rather than cutting corners by...

Finding the right firearm for your small game hunting needs can be a timely endeavor.  Once you have found the right one for you there are many firearm accessories on the market to tune it and make it perfect for the small game you are chasing. The following accessories can help make your hunt more enjoyable, comfortable and successful. Shooting sticks Oftentimes, the window of opportunity is very narrow when it comes to shooting opportunities at...