This is a Caliber Battle for the ages. American gun enthusiasts have been debating the comparative merits of the 9mm Luger and the .45 ACP since the first U.S.-made 9mm handguns hit the market in the 1950s. While some claim the debate is over, the continued popularity of “9mm vs. .45 ACP” articles and videos suggests that everyday gun owners haven’t made up their minds.

We won’t settle that debate today. As with most things gun-related, the honest answer is, “It depends.” However, we thought the Caliber Battle gauntlet could still offer new insight into the ultimate old-school vs. new-school controversy. 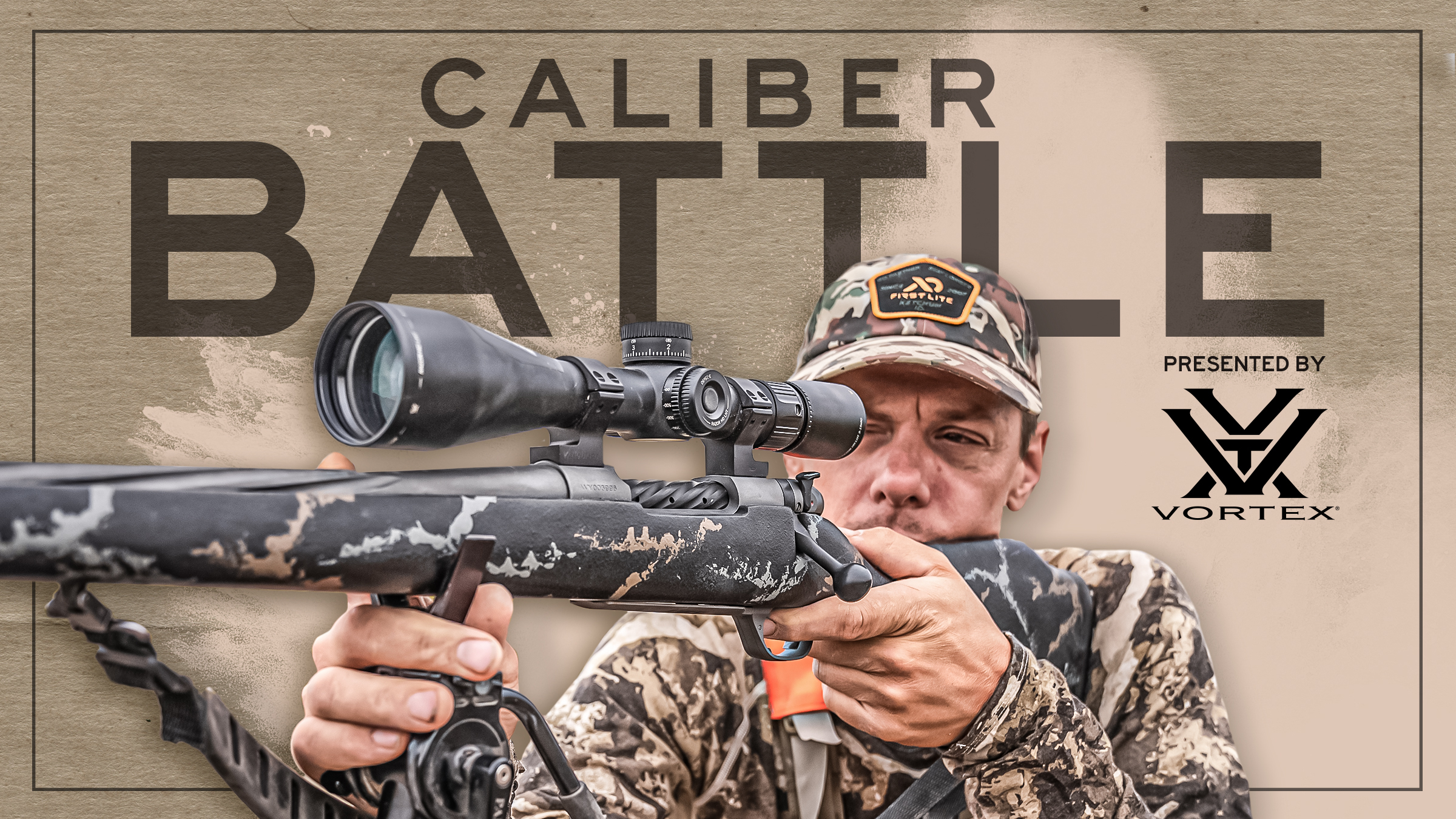 Defenders of the 9mm will often point out that today’s cartridges offer greater ballistic capabilities than those available to previous generations. Advances in powder, bullet construction, and handgun construction allow modern 9mm firearms to fire bullets faster, and those bullets tend to be more ballistically effective than their older counterparts.

However, the .45 ACP has also benefited from those same advances. Federal, for example, offers +P versions of their solid core predator defense line in both cartridges (+P designates ammunition loaded to produce higher pressures. Usually, this translates to greater velocity at the muzzle).

These are Federal’s hottest offerings in each cartridge, and both use the same bullet specifically designed for bear defense. It’s safe to say that both represent each cartridge’s pinnacle energy output, and the .45 ACP is the clear winner.

Those 9mm defenders will often counter by pointing out that 9mm rounds generally penetrate deeper than .45 ACP rounds. As a general rule, a 9mm’s faster velocity and smaller diameter will make it more likely than the .45 to reach an animal’s vitals. When it comes to “stopping power,” that’s often more important than simple energy at the muzzle.

However, it’s important to measure apples to apples when estimating bullet penetration. While it’s true that a 9mm will often penetrate deeper, the solid-core .45 ACP mentioned above will still perform well.

So, a bullet with a smaller diameter will usually penetrate more deeply, but a wider bullet can make up the difference by just being heavy. In the solid core examples above, the two bullets have virtually identical sectional densities (.169 vs .167). The higher velocity 9mm will penetrate deeper, but the contest is a close one.

The .45 ACP almost always enjoys a power advantage, and with some bullets, it can compete with the 9mm from a penetration perspective. That’s why this round goes to the ACP.

Of course, all the power in the world won’t do you much good if you can’t put shots on target or afford the rounds you need to practice.

In the former category, no one will be surprised to hear that the 9mm is the softer shooter. The Luger mentioned above clocks in around 5 ft.-lbs. of recoil energy while the .45 ACP produces something closer to 7.5 ft.-lbs.

A heavy, steel-framed handgun will dampen that recoil, so if you shoot a .45 ACP from a full-sized 1911, it might feel similar to shooting a 9mm from a polymer-framed gun. But all things being equal, a 9mm will be easier to control than its larger, older brother.

Softer recoil makes shooting a 9mm more pleasant at the practice range, and any proficient handgun hunter will tell you that practice is essential. Almost anyone can get behind a scoped rifle and put shots on target at reasonable distances. But shooting a handgun accurately requires a significant amount of practice, and you’ll be more likely to practice with a gun that isn’t uncomfortable to shoot. If that’s your main concern, the 9mm is the way to go.

If cost is your primary concern, you should also check out the 9mm. Both cartridges are exceptionally popular, so you’ll be able to find them locally and online. But the .45 ACP’s larger size translates into higher manufacturing costs, and you’ll pay for that at the gun counter.

I don’t want to overstate the .45 ACP’s cost or recoil. It’s neither overly expensive nor particularly unpleasant to shoot. But when stacked up against the 9mm, the smaller cartridge wins the shootability battle nine times out of ten.

For Caliber Battles featuring rifle cartridges, “versatility” refers to the range of animals that can be reliably taken with each option. Neither the 9mm nor the .45 made our list of handgun hunting cartridges, and while both can be used for handgun hunting, there are lots of better options.

Both cartridges have been used to defend against bears, but again, there are more effective calibers for that purpose. A .45 ACP boasts more “stopping power” than a 9mm, but the extra rounds in most 9mm handguns might be more useful. In short, it’s a tossup.

It’s difficult to choose a winner for hunting or defense, but the 9mm offers an edge when it comes to competition. Stopping power obviously isn’t a concern for competition shooters. They’re more interested in shootability and magazine capacity, and in most firearms, the 9mm wins both categories. If you’re interested in joining your local 3-gun, USPSA, or IDPA club, a 9mm will give you more opportunities for success.

The 9mm vs. .45 ACP debate often revolves around ballistics, but that ignores the other factors that make a cartridge a good option for a particular individual. Ammo cost, recoil, and versatility must also be taken into account.

Even in the ballistics category, a projectile’s energy isn’t necessarily the most important concern. With the right bullet, a 9mm can do almost anything a .45 ACP can do in any real-world application. Given its higher marks in the other categories, the overall winner has to be the 9mm.

The 9mm Luger might be the king of modern handgun cartridges, but it’s far from the most powerful. If you want to start handgun hunting or want something with a little extra juice for bear defense, the 10mm Auto and the .45 Auto are two popular options. In a first for this series, we’re running these two semi-auto handgun cartridges through the Caliber Battle gauntlet. These might not be the best cartridges for handgun hunting or bear defense...

Often attributed to King Solomon, this famous adage pretty well sums up cartridge development over the last 40 years or so: “What has been will be again, what has been done will be done again; there is nothing new under the sun.” Some modern cartridges have improved upon their predecessors, but hunters and sport shooters are rightly skeptical that The Latest Thing™ always surpasses what came before it. Take the .450 Bushmaster, for example...

The term “varmint” usually describes animals like woodchucks, groundhogs, prairie dogs, and coyotes. These critters are rarely harvested for meat (though they can be), so hunters are happy to shoot multiple animals from long range as an effective (and fun) form of pest control. To do that, varmint hunters have traditionally opted for a small, super-high-velocity bullet that will dispatch animals quickly and humanely. The .22-250 Remington and the...