Gear We Use: Best Trail Cameras

Trail cam technology has come a long way since the tripwires of the 80s.

While early models could only record a single event per setup, modern cellular cameras can transmit hundreds of images and videos to help hunters take inventory of herds from across the country.

Jump to: The Trail Cameras We Use

What We Look for in a Good Trail Camera

We’ve put dozens of different trail cameras through the paces over the years. Some spat out indiscernible images, and others failed to take any photos at all. But the trail cameras we continue to keep in our toolbelt all have a few things in common.

We’re looking for a quality camera that can capture crisp photos quickly, ride out many months without a battery or card swap, and make management a breeze.

Jump to: What Makes a Good Trail Camera

The Trail Cameras We Use

The MeatEater crew has hung these trail cameras in whitetail woods throughout the country, and they’ve been reliable scouting tools.

What Makes a Good Trail Camera

Whether you want a premium cellular camera with all the bells and whistles or a standard model that simply gets the job done, any trail camera worth its salt will measure up based on the following criteria.

If you only end up with single photos of deer backends, your trail camera probably doesn’t have adequate trigger speed or recovery time. The best trail cameras will capture a photo almost immediately after detecting movement—ideally within a half-second—and be capable of taking the next photo within another second or two. Fast transmission times in cellular cameras can also provide real-time data to help you determine exactly what time of day deer are moving by your stand.

Rather than taking grainy, blurry images, a good trail camera should provide crisp photos and videos without clogging up memory with huge file sizes. A lot of the action will occur after dark, so cameras equipped with black or IR flash and considerable night detection range are best.

The less you disturb your hunting areas, the better. But even if you opt for a cellular camera, you could be stuck traipsing past your stand to replace batteries on a regular basis—and cold weather can kill them even faster. A good trail camera will offer several months of battery life, often with the help of lithium batteries, the option to double up on batteries, external power sources such as solar panels, or optimized settings. The ability to check battery level remotely is helpful too.

You shouldn’t have to be super tech savvy to set up a trail camera. The best trail cameras will offer an intuitive quick-start process and make it easy to adjust settings on the fly. Mobile apps can simplify—or further complicate—these processes when paired with cellular cameras. A worthwhile one will allow you to tweak settings, check battery level, and manage photos and videos quickly and easily.

While a few states have completely banned trail cameras for hunting, others have restricted the use of cellular or wireless models, citing fair chase ethics.

Currently, it’s illegal to run any trail cameras in Utah, Nevada, or Arizona for hunting purposes—although there are some different nuances to the regulations in each state.

Hunters in states such as Montana, New Hampshire, and Alaska are prohibited from using cellular trail cameras in-season to act on real-time data (in some places, they must wait until the next day after receiving images).

As trail cameras become more and more capable, state agencies continue to evaluate the effects of this technology on wildlife management and adjust regulations.

Organizations such as the Pope & Young Club have spoken out against the manipulation of cellular camera technology. While the Club doesn’t discourage the use of trail cameras in general, it recognizes that immediately responding to a real-time wireless image in order to kill an animal would be a violation of fair chase rules.

Trail cameras can be incredibly helpful tools, but their legality and ethicality aren’t exactly cut and dried. Before buying a trail camera, be sure to check regulations in the states you plan to hang them. 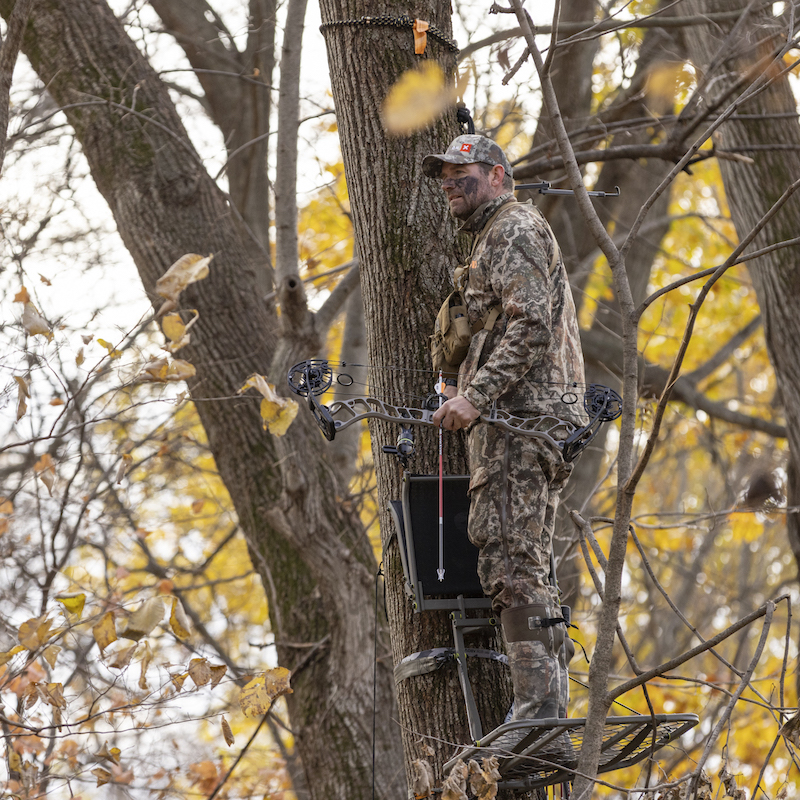 Price: $335
"The Render 4G isn't the cheapest cell camera on the market, but it's worth the money."
Tony Peterson

For an all-around workhorse that allows for customization, Tony relies on the Exodus Render 4G LTE.

"I put out a couple of these cameras this summer on a property in Wisconsin, and they've delivered crisp imagery without any hiccups since then," he said. "Setup is pretty simple, and it seems like the trigger speed and event-capture rate with these cameras is second-to-none."

The camera pairs with the Scoutek app for simple, complete control and adjustment from anywhere, and it’s compatible with the Exodus SP18 solar panel for extended battery life.

It also comes with a 5-year theft and accidental damage warranty, so you don’t have to stress if your camera suddenly grows legs.

"The Render 4G isn't the cheapest cell camera on the market, but it's worth the money." 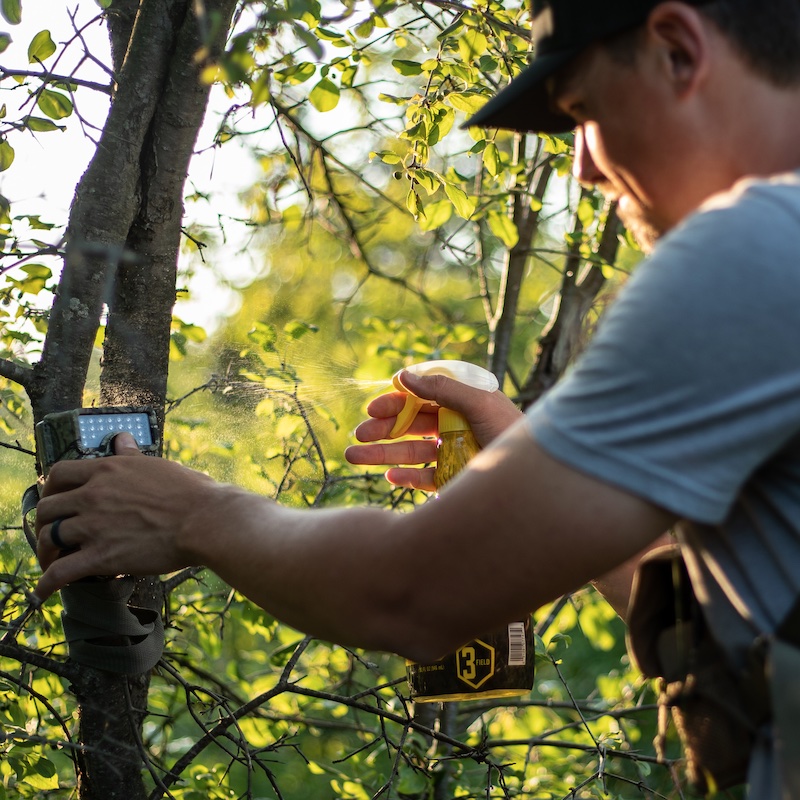 There’s nothing worse than anxiously awaiting trail cam photos only to learn the tech just isn’t working. But Mark hasn’t had that issue with the Tactacam Reveal X.

"The Tactacam cell trail cameras are my favorite mostly because they just work," he said. "Better than any other cell cam I've used yet, they do their job, do it consistently, and don't have problems."

Operating on AT&T or Verizon nationwide 4G/LTE networks, the Tactacam Reveal X is certified IP66 waterproof and captures quality images in all conditions.

"It's simple to set up and use, the app is intuitive, and they get the strongest, most consistent cell service that I've experienced yet," Mark siad. "I trust Tactacams—I can't say that for every trail cam." 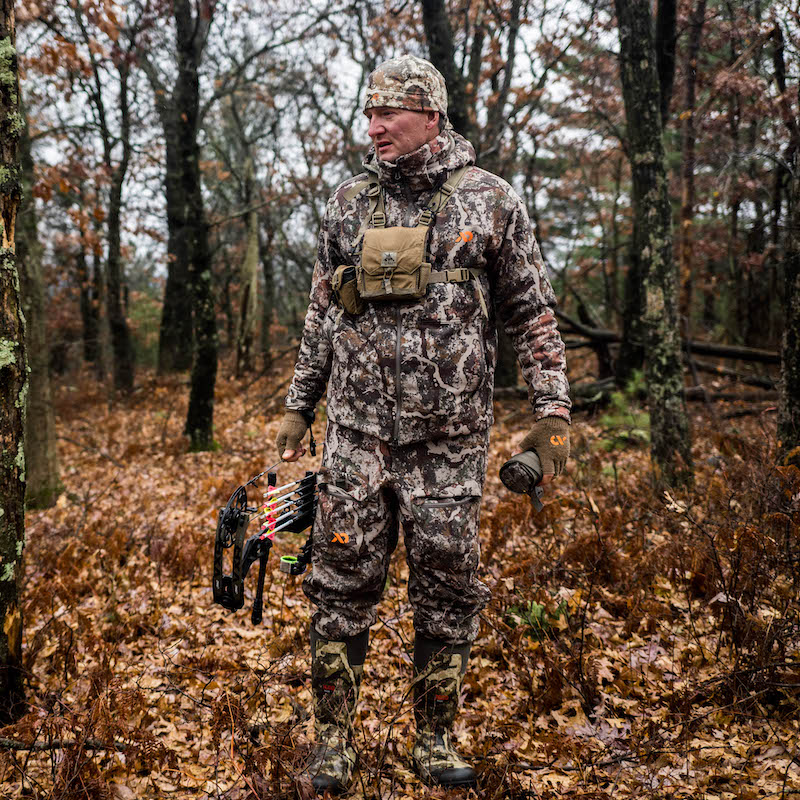 For hunters who will occasionally leave a trail cam out for summer scouting and want an easy-to-use yet high-performance option, the Bushnell Core DS-4K belongs at the top of the list.

"I've only used three trail cams in my life, but of those three, the Bushnell Core DS-4K was my favorite," Janis said. "It has the easiest controls as well as the highest-quality photos and videos. Easy setup, great results."

And with lithium batteries, the Core DS-4K offers up to 12 months of battery life. 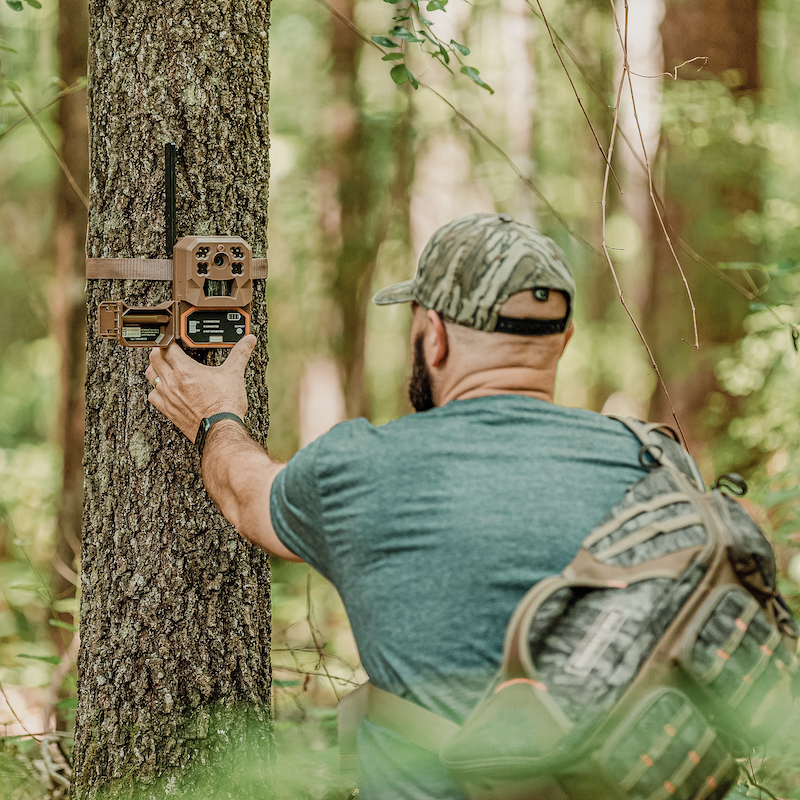 Price: $99.99
"It might not be the flashiest trail cam out there, but it’s a great value."
Emily Kantner

When you’re running lots of cameras, scouting public land, or just don’t want to blow your hunting budget on trail cams, a solid performer that rings in under 100 bucks fits the bill.

The Moultrie Mobile Edge is an affordable option and saves me even more with its internal memory system that eliminates the need for SD cards.

The camera uses Auto Connect Technology to scan several major cellular carriers for the strongest network available with a single SIM card. So no matter where you hang it, you have the best odds of transmitting photos and videos.

It can run on eight AA batteries but also offers the option to install 16 to extend battery life up to a year.

The Edge is easy to use and pairs with the Moultrie Mobile App for more functionality. It might not be the flashiest trail cam out there, but it’s a great value.

Save this product
Exodus
THE EXODUS RENDER 4G LTE CELLULAR TRAIL CAMERA
Shop Now
Save this product
Tactacam
Tactacam Reveal X
Shop Now
Save this product
CORE
Bushnell Core DS-4K
Shop Now
Save this product
Moultrie
Moultrie Mobile Edge
Shop Now
Get the latest in your inbox
Subscribe to our newsletters to receive regular emails with hand-picked content, gear recommendations, and special deals.
Our picks for the week's best content and gear
For the whitetail obsessed, with Mark Kenyon
Redefining our connection to food, with Danielle Prewett
Your one-stop for everything waterfowl, with Sean Weaver
Get out on the water with the MeatEater Fishing crew
Technical hunting apparel
Purpose-built accessories for hunting and fishing
Quality elk, turkey, waterfowl, and deer calls
Privacy Policy

Gear We Use: Best Muzzleloaders

Muzzleloaders appeal to gun hunters the same way recurve bows appeal to archers. There’s something rewarding about passing up modern technology to pursue game the way our ancestors did. Recurve bows have existed several thousand years longer than muzzleloaders, but you get the idea. If you’re looking to step back to a time before self-contained cartridges revolutionized the hunting landscape, you’ve come to the right place. Several members of the...

Gear We Use: Best Gun Safes

Responsible gun owners secure their firearms from unauthorized users. There’s really no two ways about it. Between kids and criminals, no household can escape the possibility of a break in, and gun owners owe it to their communities to do what they can to keep their firearms locked up. But the sheer variety of gun safes and cabinets can be overwhelming. Safes feature a range of sizes, materials, and locking mechanisms, and can be had from $50 to...

Gear We Use: Best Knife Sharpeners

A sharp knife can be the difference between clean quarters in game bags and a trip to the E.R. to stitch up your slip-up. The simplest step in protecting yourself from injury when butchering in the field or cooking up your harvest in the kitchen is ensuring your blade is as sharp as can be. While this may seem contradictory to some, a well-honed blade will cut with ease, whereas a dull edge requires more force to make a cut. That force could be...