Two hundred Coho salmon eggs came to Mrs. Hodges’s 3rd, 4th, and 5th-grade classroom this past January. The curious class watched, waited, and learned how new salmon come into existence. They took full responsibility for the well-being of the 200 little lives, monitoring and recording the water temperature and oxygen levels of the classroom tank every day. In early February, the eggs started to move. By the end of February, they hatched and became alevin.

Acai Scheller noted how fragile the alevin were. “They die easy,” he said. Every morning the class looked for floaters while the alevin hid among the rocks, yolk sacs attached like umbilical cords.

By the end of March, the alevin absorbed their sacs and morphed into the fry stage. The class started to feed them while Mrs. Hodges and Kate Morse, Program Director for the Copper River Watershed Project, planned their release.

Morse and the rest of the Copper River Watershed Project work with the state of Alaska and classroom teachers like Mrs. Hodges to get tanks, equipment, and eggs into classrooms around the Copper River Basin area. They also update or replace old culverts and pipes throughout the area with fry and smolt-friendly passageways. The Copper River Basin makes up a West Virginia-sized chunk of Alaska’s interior and is home to around 3,000 people. Every year about 2,000,000 salmon return there to spawn.

Morse’s goal? She wants all the communities that touch the Copper River fishery to understand the origin story of salmon, an animal that shapes the communities, culture, and economy around them. Part of her project’s mission is to secure connectivity for all those fish to pass through, from the spawning grounds to the ocean and back. She believes that starting at the nursery stage makes sense.

“The higher amount of babies we have should mean a higher number of returning adults,” she said.

The photo gallery below is from the day the kids released the fry into Strelna Lake. 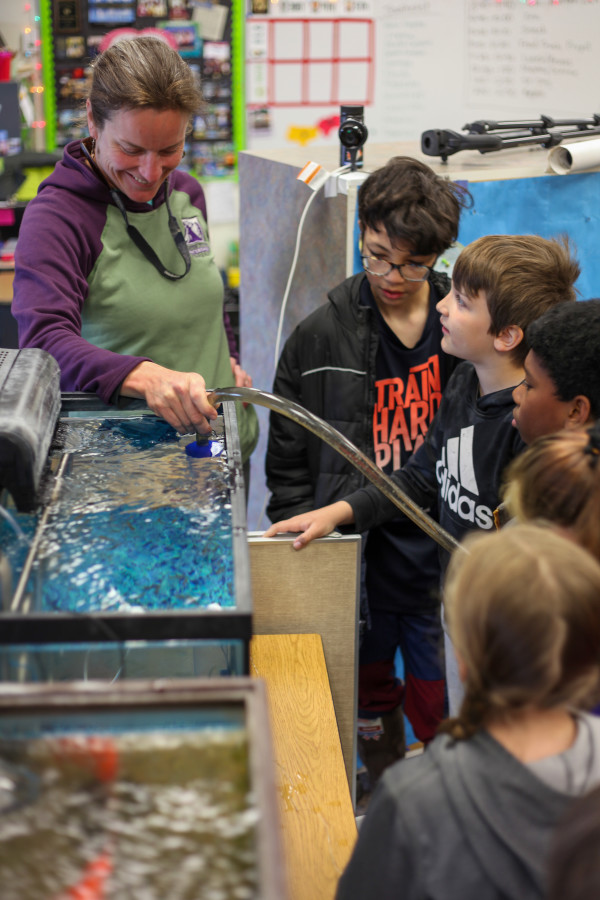 Kate Morse prepares the travel bucket with tank water. The eggs morph based on temperature gradients in the water. 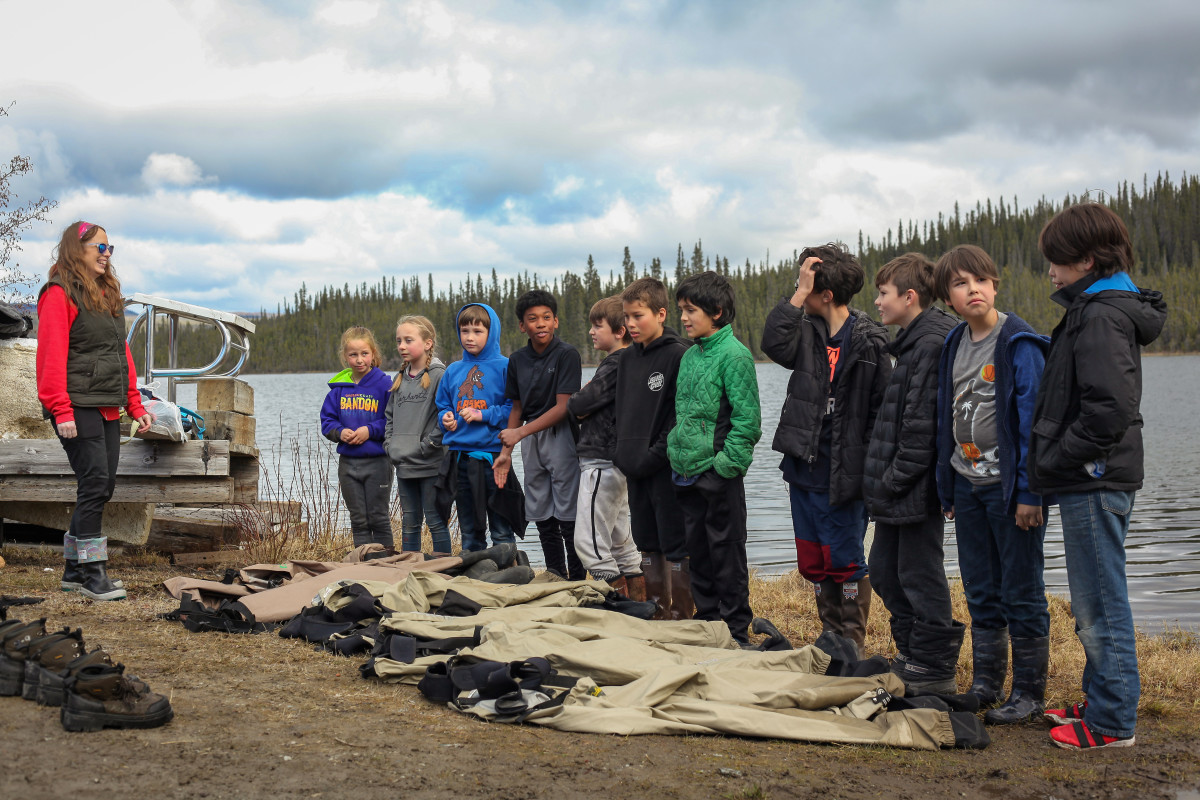 Mrs. Hodges lines up the class and grabs their attention to prepare them for the cold lake water. 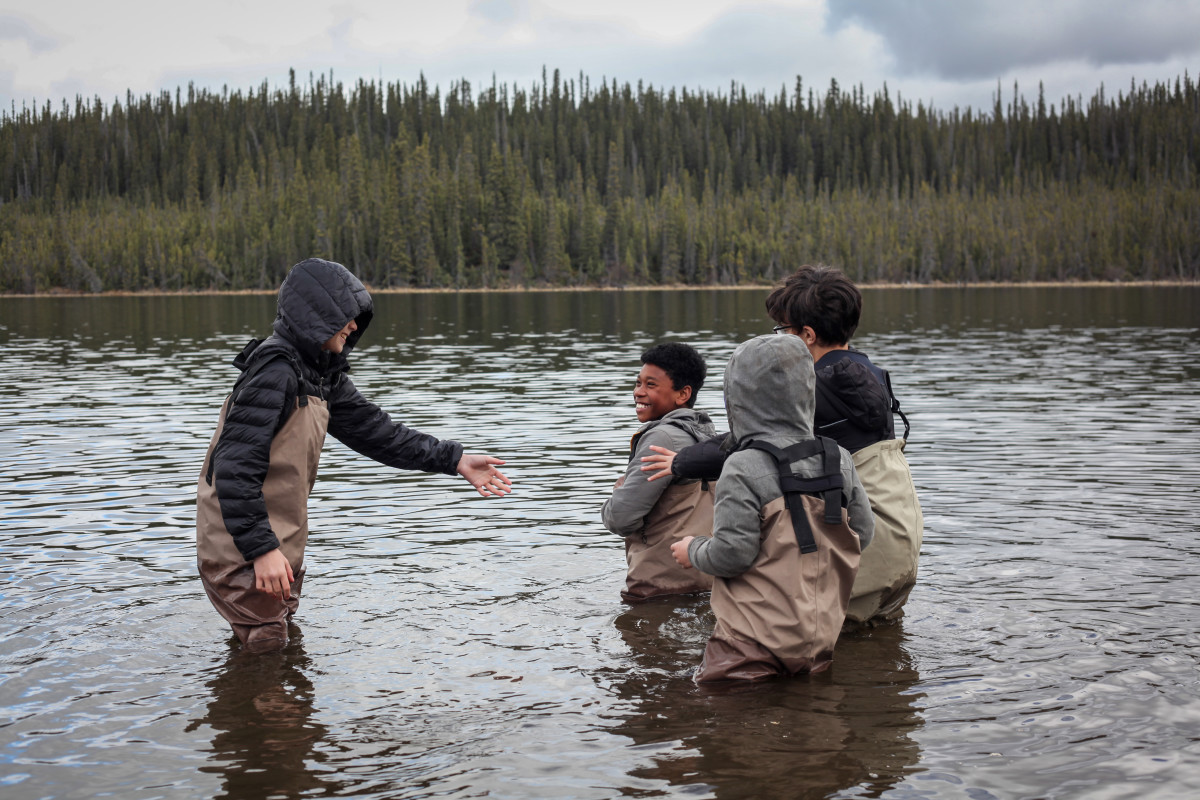 The kids gave the used waders a depth test to see how deep and far they could tromp. “Most kids in the watershed won’t graduate without wearing chest waders,” Morse said. 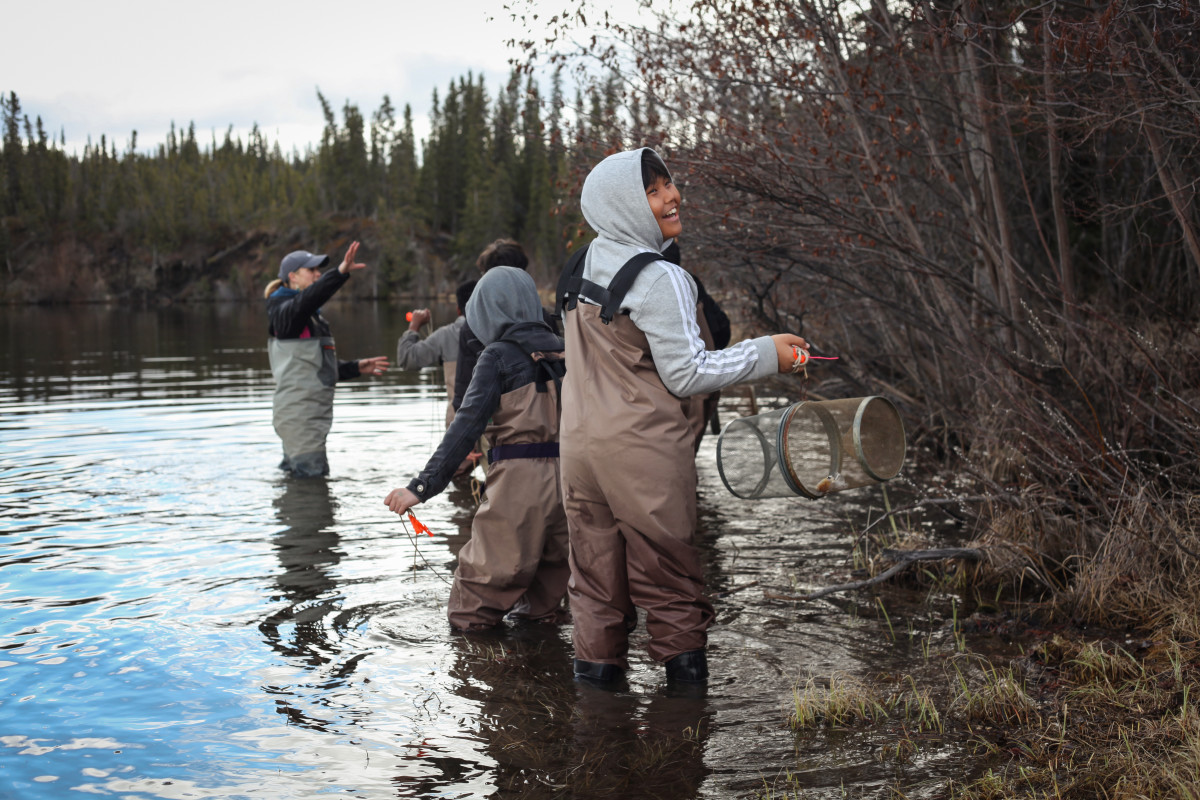 Preston Shangin-Kosbruk baits a minnow trap with salmon eggs. Morse and her assistant wanted to show the class what other fish species the lake was home to. 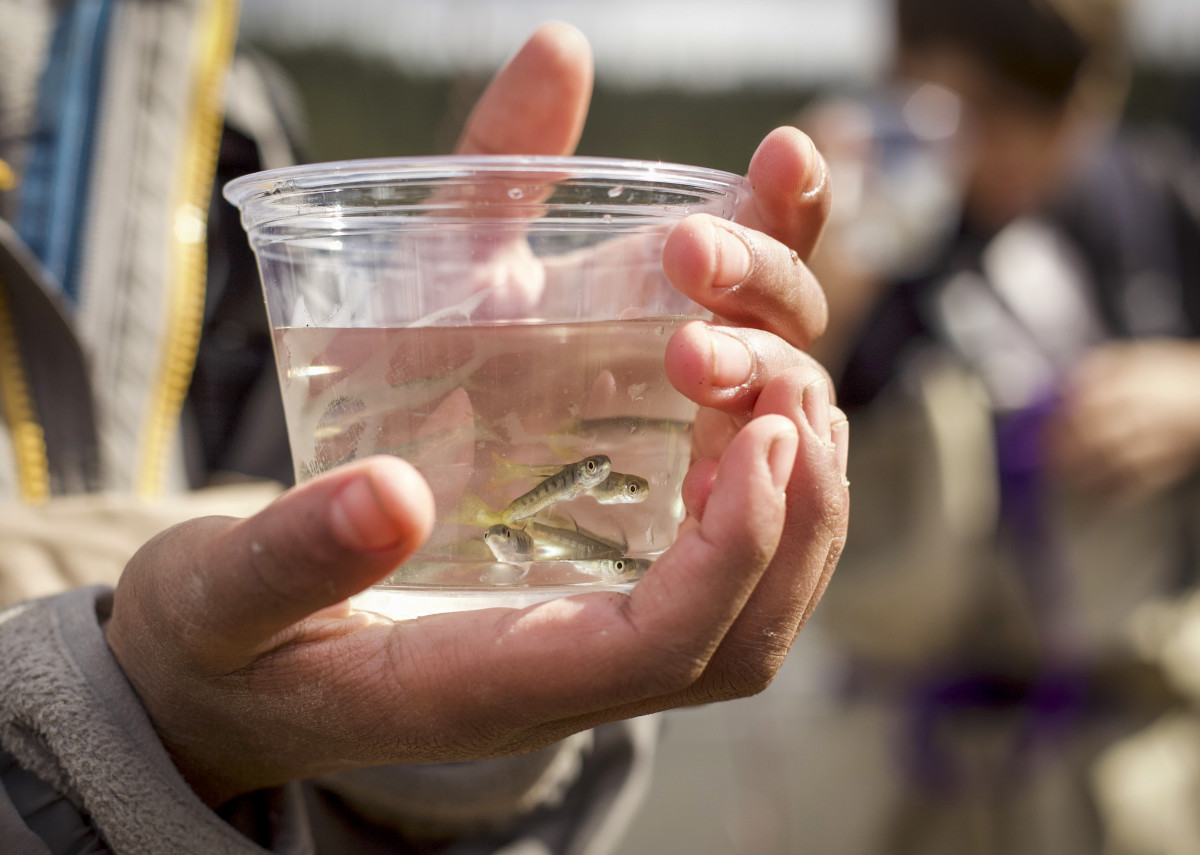 Coho fry ready to be released. 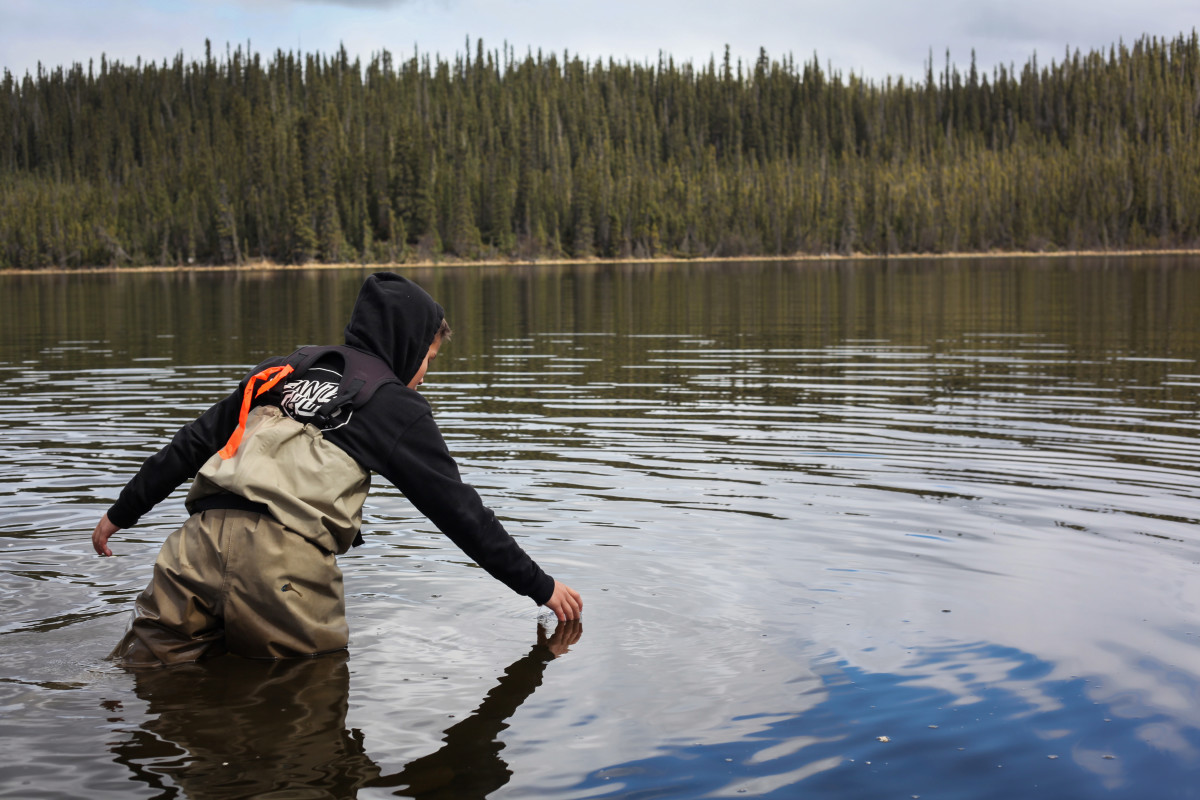 Killian Cooley gently released his former classmate. He loved watching the salmon grow and was excited to finally see them swim in the wild. These salmon fry were released into a land-locked lake, so they will minimally impact the ecosystem, but the kids didn’t care. They dreamed of those fish growing large enough to swim in the ocean.

All photos via Charlie Ebbers.

How to Spear Alaskan Whitefish

Steve and Brandt drill through Alaskan ice with hopes of striking white gold. This late winter ice fishing mission in Central Alaska revolves around a small hole in the ice, a trusty spear and white meat perfect for a smoker. Watch the video to see how the team does from this dark Alaskan ice shanty.