Who doesn’t love showing off their catch with “grip-and-grin” photos?  After all, a picture says a thousand words. Over the years, anglers have communicated a wide spectrum of sentiments through their grip and grins. Whether it’s a tournament bass fisherman hoisting a largemouth like a sack of cash or a fly fisherman staging a “keep ’em wet” image, fishing photos offer an interesting perspective into our evolving relationships with our finned resources.

People have been doing grip and grins since the beginning of time, as this chipper old fella can attest. At MeatEater, we’ve come to believe that fishing grip and grins say more about the angler than the fish. This gentleman plied the salmon streams of Scotland long before wearing pants and letting a fish go became fashionable. 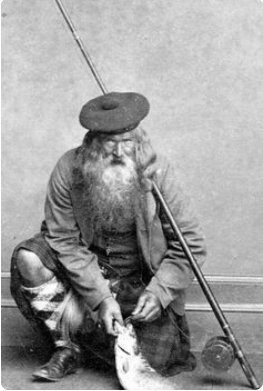 Over the years, the aesthetic of grip and grins has changed dramatically. Not so long ago, it was perfectly acceptable for grip and grins to convey one simple message: “Not only is this fish dead,  I’m real happy it’s dead.”

Depending on where you grew up, you might be taking notice of either the American  flag or the R.E.M. t-shirt, but what is really on display here is a whole mess of tasty yellow perch and trout. This example is meant to convey a sense of extreme abundance of natural resources and a masterful command of angling skills. 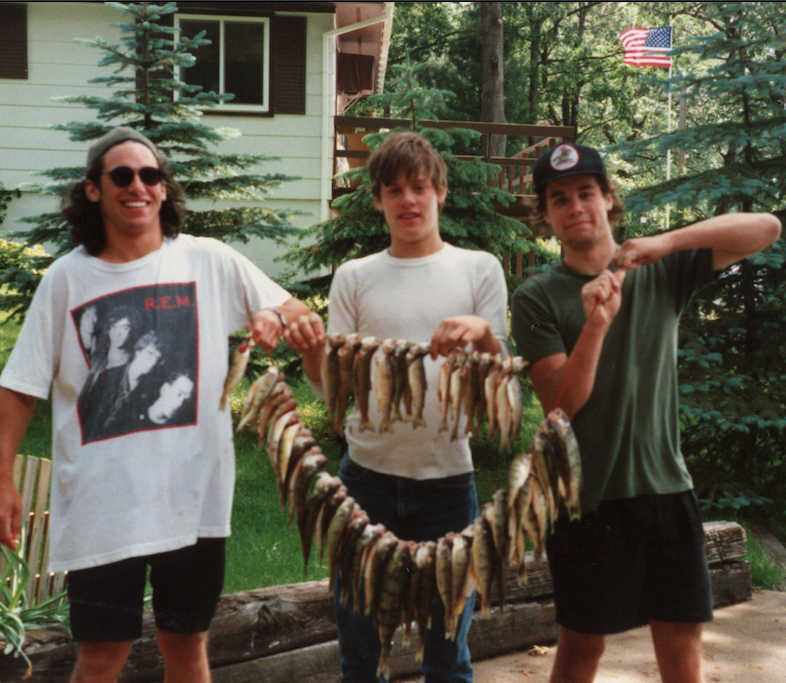 Here’s your contemporary take on the fishing grip and grin. Notice how closely the fish is held towards the camera in order to make it appear larger than it actually is. This is called forced perspective, a favorite technique among grip-and-grin photographers. As for the fate of this fish, that is unclear.  Is this happy angler about to place this fish in the cooler or back in the river? 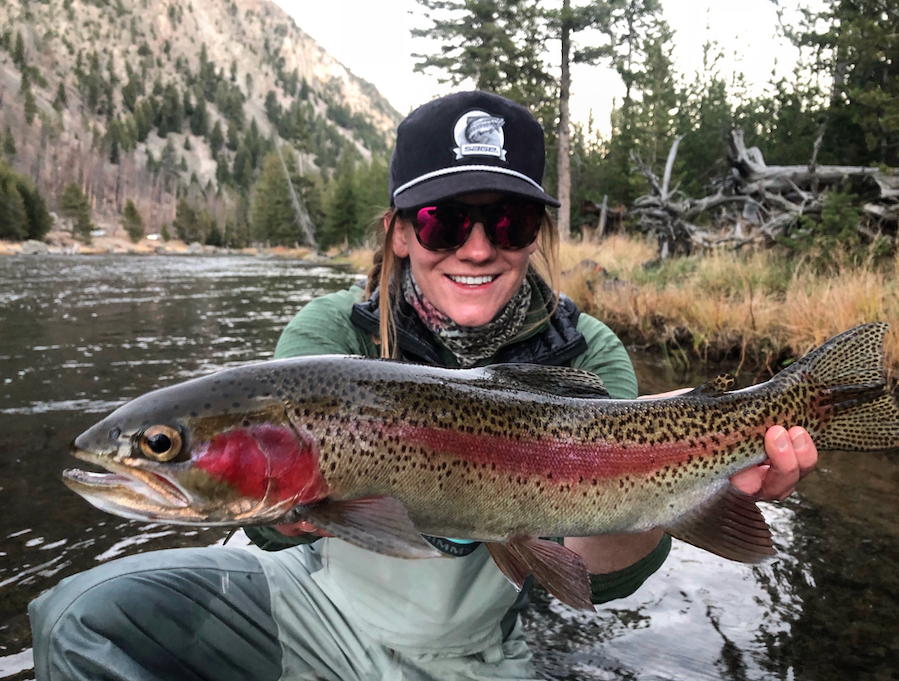 This excited young angler is basking in the glory of success. If you don’t like this kind of grip and grin, well then you can kiss our asses. As for the fate of this northern, it’s not looking good but you never know. Those things are pretty slippery. 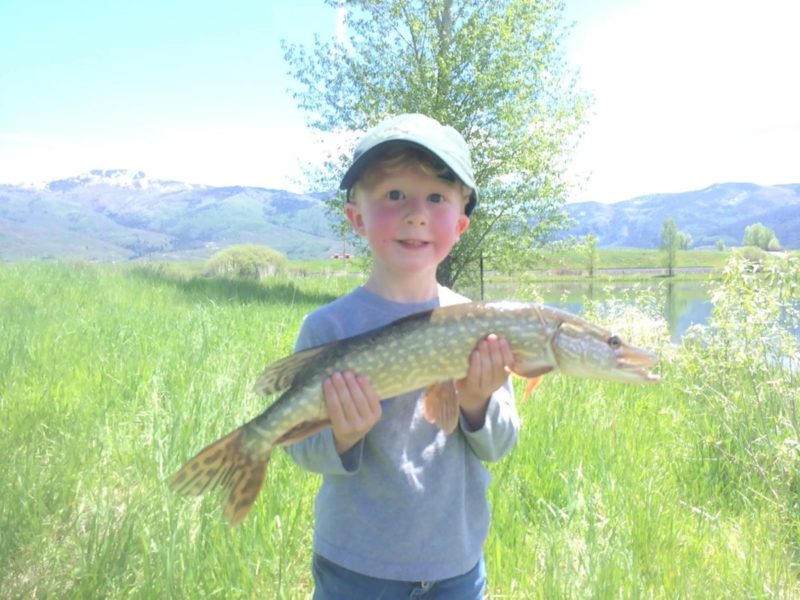 In this shot, we’re getting into the “keep ‘em wet” catch-and-release category of grip-grins.  This photo clearly communicates the fact that this beautiful trout will be released unharmed. Or does it? There’s always a chance that the fish will suffocate while being photographed or that the angler could experience a dramatic change of heart at the last minute and run a bootlace through its gills and tie it to a rock. But for now, the angler is  overcome by his own merciful and somewhat hypocritical benevolence. 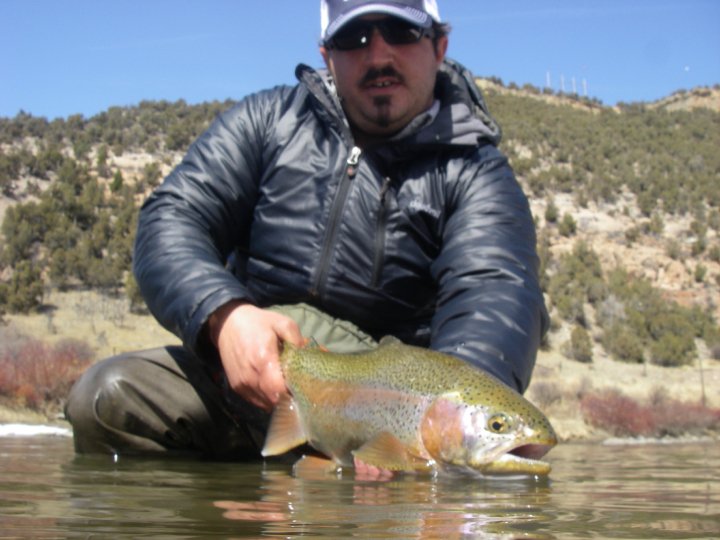 If you’re a fan of the movies Jeremiah Johnson or Castaway, you might be thinking that this is a desperate angler making a futile grab at a fish that got away. However, the lack of bubbles and the generally casual posture of the hand make it abundantly clear that this is a release scenario in which an edible fish—one that many people would pay to eat—is being let go. The general vibe of this photo conveys a harmonic give and take relationship between angler and fish. 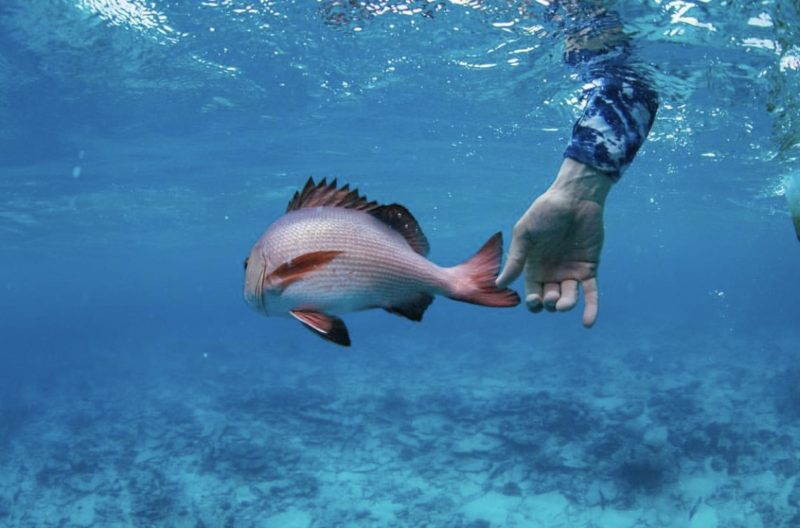 Out of concern for the well-being of this sturgeon, the angler here has subverted the dominant paradigm in which the fish is ripped from its native environment and hoisted into the preferred atmosphere of the angler. This shows that the fisherman and the fish are in this together. They’re just a couple of buddies, hanging out—until next time.

Could this be the future of the grip-and-grin fishing photo? Here, this angler struggles with the meaning of it all. He’s asking himself, “Do I really even need to impose myself on these fish? Does my happiness come down to my ability to puncture their poor little lips with sharpened hunks of metal? Or is it maybe better to just go my own way and let them go theirs?” 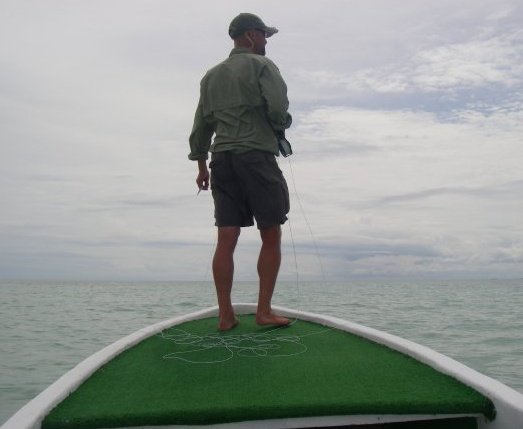 Brody Henderson contributed to this article.

The Future of Mom-and-Pop Fishing Shops

I’ve always loved hometown tackle stores. The kind of places with “Beer, Bait, Ammo” advertised in neon out front. Some of them stick to the basics: hooks, sinkers, bait, and licenses. Others are highly specialized tackle warehouses with unique lures for local waters and up-to-date intel on what’s biting and where. They’re places where you can grab what you need and go, or hang out, talk fishing, and not feel pressured to buy anything. Sadly, I...

‘Cast and Blast’ Your Way Out of the Rut

The calendar suggests that November wasn’t long ago. For many deer enthusiasts, the only thing more distant than November’s end is its next beginning. Call it deer camp withdrawal, or perhaps more aptly, a deer camp hangover. Should you find yourself stricken by a case of early onset holiday blues as proverbial deer opener “holidays” are overtaken by the holidays, the prescription is not more cowbell. (Okay, maybe that clip helps a little.) But...

How to Catch and Eat the Delectable Brook Trout

When I was a kid, dreaming of becoming a mountain man, brook trout were the first real test of my mettle. Every day after school I’d walk down the stream behind my house with a hook and line tied to a stick to pull brookies from the water and string them by their gills onto my “rod.” Once I had my limit, I would build a fire on the side of the stream and fry the fish to a golden crisp in a cast iron pan stolen from my mother’s pantry. I always...