The first Spey line I ever purchased came packaged in a box as thick as an encyclopaedia.  At the time, I had just become the proud owner of the easiest Spey line on the market to cast:  the Windcutter.  The kit included the fifty-five foot long mid-belly line (already fused to an integrated running line) and a series of fifteen foot sink tips in a compact wallet with a cardboard cut-out to explain the different sink rates.

As a new caster, my casting stroke was unsightly; I imitated a flailing backwoodsman trying to chop liquid wood with a piece of graphite.  It was horrifying.  It was soon thereafter that the popularized Skagit shooting head hit the scene and nothing was ever the same.

Half the length of the Windcutter, the short condensed head allowed anglers the option of turning over heavy sink tips and large flies with ease, especially in areas with limited back-casting space.  This particular line was developed in the Pacific Northwest and is specifically made to be cast with a sink tip on its thickly tapered end (to avoid having its anchor ripped from the water’s surface before the rod has loaded). 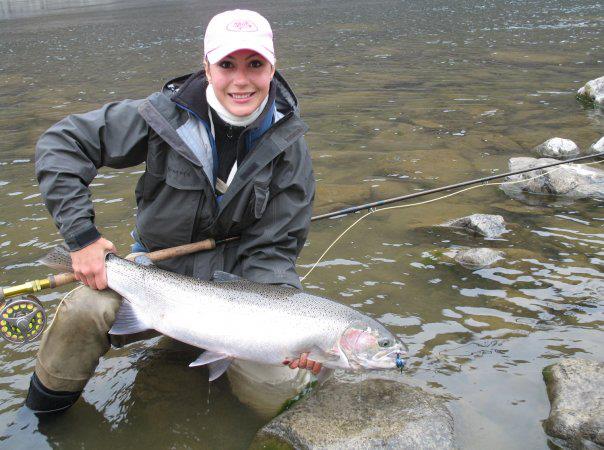 As a general rule, a sink tip should not be longer than the rod being fished, making most tips somewhere between eleven to fifteen feet long.

The Skagit line, while deemed the more simple of the line categories to cast, is one that is a blessing to many of us who guide.  New casters easily adapt to the stroke of the short line, and are able to keep their time on the water more efficient because their fly remains in the water and out of the bushes behind them. 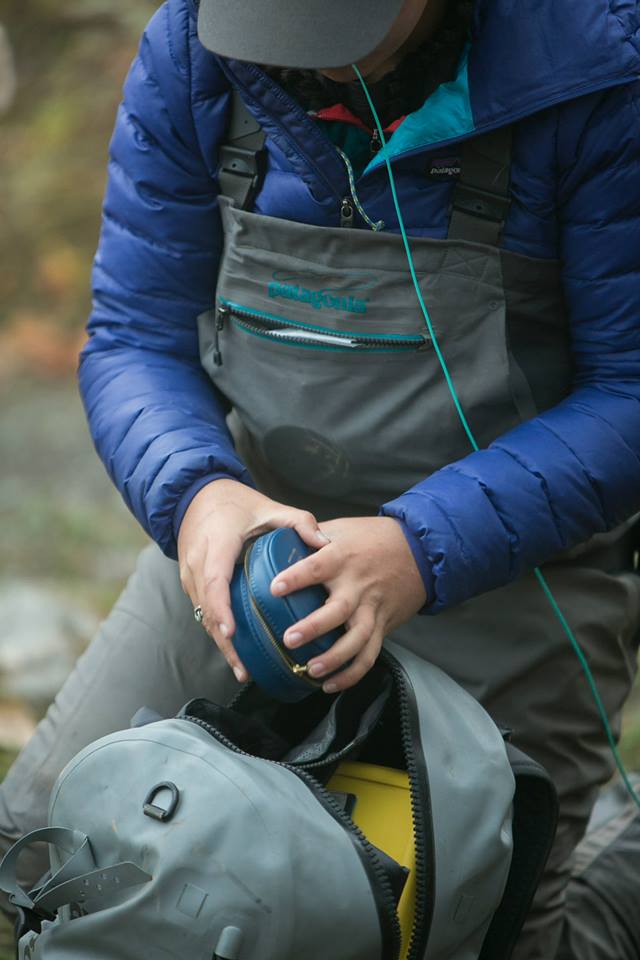 As a new caster myself, I was elated.  I dusted off my old lead-core lines and began to make my own cost-efficient systems.  I wasn’t alone in my ventures.  Shops were soon selling homemade tungsten tips in various sink rates/lengths (labeled as T7, T11 or T14), as well as selling the RIO pre-made tip systems (labeled as Type 3, Type 6 or Type 8).

To many customers, the differentiation between the two was unclear.  For some, it was the simple fact that both systems were named with words beginning with the letter ’T’.  Others expressed confusion regarding each tip’s relation to depth and density.

When RIO released a combination of the MOW (McCune, O’Donnell, Ward)  tip system alongside T17 and fused looped tungsten systems, we had widespread confusion.  RIO was selling four different tip systems, and people were lost.  Admittedly, the systems are self-explanatory to those who use them regularly, but it was intimidating to newer people in the Spey game. I reached out to Simon Gawesworth of RIO to clarify the mystification, and have simplified the four available systems here for you.

The original fifteen foot tips come with a color coded welded loop that indicates the tips’ density (or in this case, sink rate) and the weight of the rod/line weight it should be used on.  The heaviest tip (type 8) is thinner than the lightest tip (type 3), thus fighting less water resistance and sinking faster.  These tips are tapered and allow for a much better presentation than their level tungsten relatives.

They come in the following:

To ensure a balanced outfit, each tip is given a standard weight (measured in grains) per weight class of rod.

For example, all #10 weight tips weigh 150 grains regardless of which of the above ‘types’ they are, so the angler has the option of changing their tip density (depth) without losing the line weight necessary to load the rod efficiently.

These tips are level (non-tapered), fast sinking, and designed to be cut to a desired length.  Their lack of taper delivers them with a “punch”, so large flies roll over without much effort from the caster.

Quite opposite to the density of the ‘Type’ tips above, these lines sink as per the amount of grain weight they have per foot.  This equates to the amount of tungsten impregnated into each foot of the tip (example, T8 weighs eight grains per foot).

Available in ten and twelve foot lengths, the Mow tips come in “light”, “medium”, “heavy” and “extra heavy” ratings.  They are of the same tungsten material as the ’T’ tips.  They translate to:

So what’s the difference between the MOW and the ’T’ tips?  There are times when an angler is looking to specifically sink their fly into pocket-water, or behind structure without the use of a full tip.  At times, only a mere two feet of sinking line is needed.  The dilemma is that a two foot sink tip won’t allow the short, compact anatomy of a Skagit line to cast properly.

The MOW tips feature six different tips with differing lengths of sinking sections seamlessly fused to a floating line.  Each of the below blended tips is available in the light, medium, heavy or extra heavy as mentioned above.

When trying to determine whether your rod will cast best with a light, medium, heavy or extra heavy class, the RIO recommendations are that: 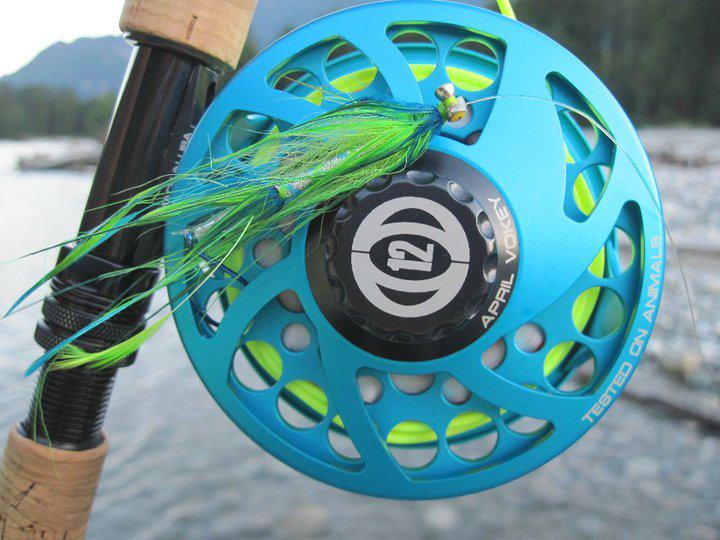 Truthfully, a person could spend a lifetime trying to analyze every line and system on the market today, or you can just find one that simply works for you and go fishing instead.

Fly
Get the latest in your inbox
Subscribe to our newsletters to receive regular emails with hand-picked content, gear recommendations, and special deals.
Our picks for the week's best content
For the whitetail obsessed, with Mark Kenyon
Redefining our connection to food, with Danielle Prewett
With Joe Cermele and Crew
Technical apparel for the avid hunter
Purpose-built accessories for hunting and fishing
Quality elk, turkey, waterfowl, and deer calls
Privacy Policy

What I’ve Learned Fly Fishing with a Baby

When it comes to fishing with a baby, it can be hard to plan accordingly.  Planning (as all of us parents laugh aloud) may not always be successful, but it certainly doesn’t hurt to try.  With kids, every day is different from the last, every child is different from the next, and Mother Nature can be as unpredictable as a hungry, over-tired toddler clutching a bowl of spaghetti. As parents, we try our hardest to be organized and prepared, but...

When I decided to move my winters to Australia, part of me knew that I was sacrificing my love for one of the most special fisheries in the world.  British Columbia’s winter steelhead migration was more than just recreation for me — it was a way of life.  For as long as I could remember, I’d planned my work, free time, living arrangements, conservation efforts, even my relationships, around when and where the fish would be.  It seemed...

Taking the Fly Out of Fly Fishing

I caught the fishing bug early. As a kid, method didn’t matter. I used ultralight spinning rods and bait for panfish, suckers and carp; heavy spinning gear and lures for bass and salmon; and a fly rod for stocked trout—because those were the best ways to catch fish. And as long as I was catching fish, I was happy. By college, I often left the spinning gear behind. A decade later, I was a die-hard fly fisherman who paid my bills by guiding people...